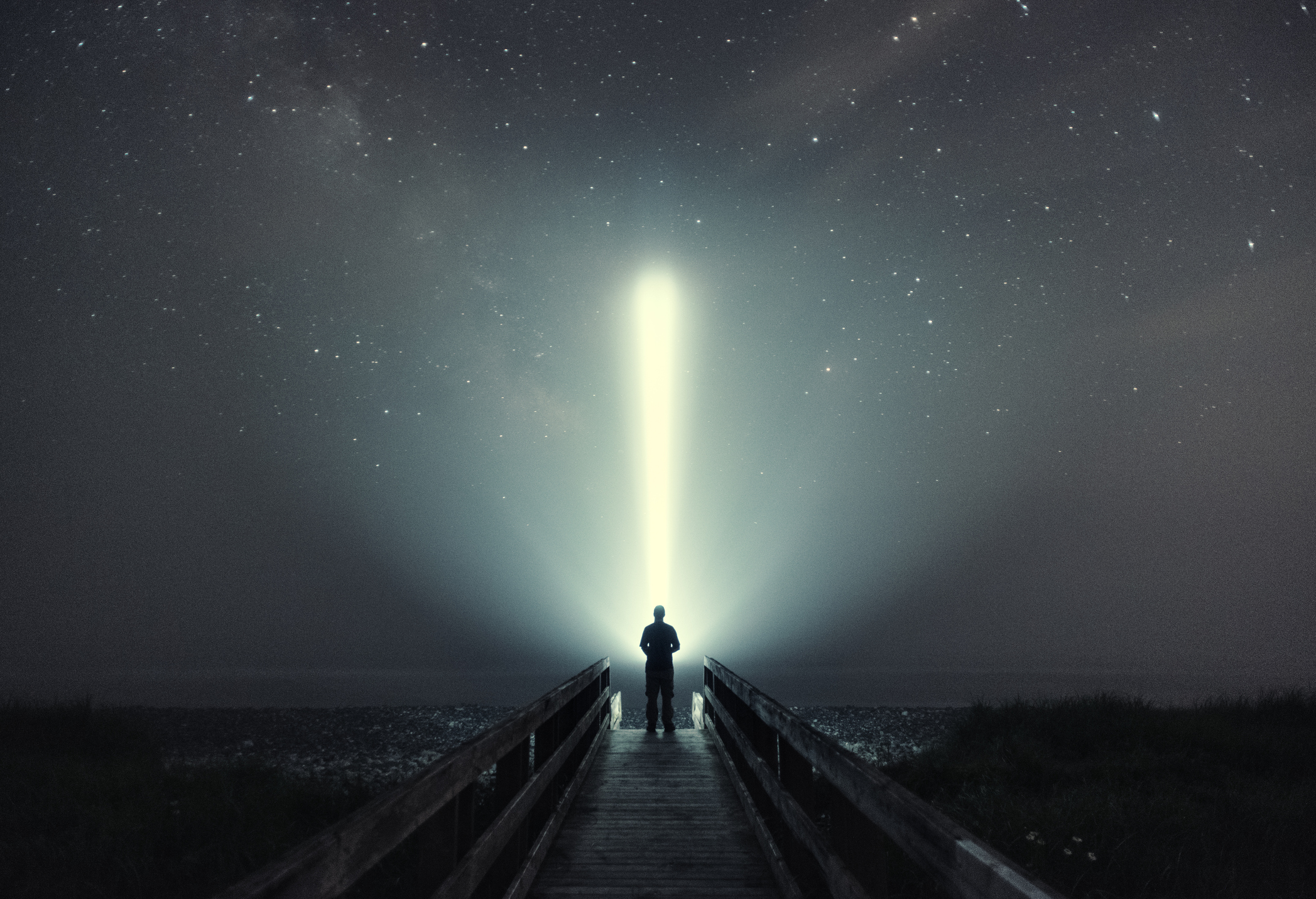 “I still believe, in spite of everything, that people are truly good at heart.” —Anne Frank

“What’s one less person on the face of the earth, anyway?” —Ted Bundy

Why are dark triad people so seductive? Why do they get all the research attention? I asked my colleague David Yaden in his office. Immediately his ears pricked up, and he asked me to send him papers on the dark triad, remarking that he hadn't heard of the dark triad but that it sounded fascinating (thus proving my point).

When I went back to my office, I emailed some papers to David and my colleague Elizabeth Hyde. In a quick email response, David simply wrote back, “light triad”? Now my ears pricked up. Was there such a thing? Had it been studied? 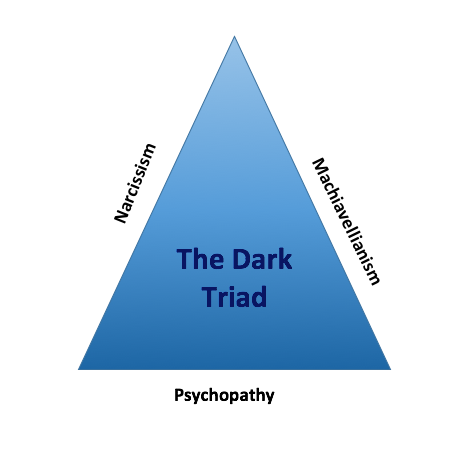 The dark triad has already been well-studied. First discovered by Delroy Paulhus and Kevin Williams in 2002, the dark triad of personality consists of narcissism (entitled self-importance), Machiavellianism (strategic exploitation and deceit) and psychopathy (callousness and cynicism). While these three traits had traditionally been studied mostly among clinical populations (e.g., criminals), Paulhus and Williams showed that each of these traits are clearly on a continuum—we are all at least a little bit narcissistic, Machiavellian and psychopathic.

Since their initial paper, research on the topic has increased quite a bit each year, with two-thirds of the publications of the dark triad appearing in 2014 and 2015 alone. While each of the members of the dark triad has unique features and correlates, there is enough overlap among these "socially aversive" traits that Paulhus has argued that they "should be studied in concert." Indeed, there does appear to be a "dark core" to personality.

While research on dark personalities has certainly contributed to our understanding of the darker side of human nature, and how each of us differs in the extent to which we consistently exhibit dark patterns of thoughts, feelings and behaviors in our daily lives, what about the light side of human nature?

Socially aversive people certainly exist, but what about everyday saints? I'm not talking about the person who publicly does a lot of giving, and receives many public accolades and awards for all of their giving (and who constantly gives to others in order to achieve personal success). I'm talking about the person who, just by their being, shines their light in every direction. The person who isn't constantly strategic about their giving, but who emits unconditional love naturally and spontaneously because that's just who they are.

So this is what we set out to find out. Through many email exchanges and personal meetings, David, Elizabeth and I looked at existing tests of the dark triad and brainstormed a variety of items relating to the conceptual opposite characteristics of each member of the dark triad, but we created items that weren't simply the reverse of the dark triad items. Our initial pool of items related to forgiveness, trust, honesty, caring, acceptance, seeing the best in people and getting intrinsic enjoyment from making connections with others instead of using people as a means to an end.

To our surprise (we hadn't expected there to necessarily be three factors), three distinct factors emerged from our studies, which we labeled: Kantianism (treating people as ends unto themselves, not mere means), Humanism (valuing the dignity and worth of each individual) and Faith in Humanity (believing in the fundamental goodness of humans):

After a series of refinements of our initial items (and sophisticated statistical analyses conducted by Eli Tsukayama), we settled on 12 items that capture the essence of this light triad. You can take the Light Triad Scale here (and also receive information on your light vs. dark triad balance).

We have now administered the Light Triad Scale to thousands of people of different ages, genders, races and ethnicities, and the results are far-reaching. First, it is clear that the light triad is not merely the opposite of the dark triad. While the two are negatively related to each other, the relationship is only moderate in size (a correlation of about .50), supporting the idea that there is at least a little bit of light and dark in each of us. In my view, it’s best to view those who score extremely high on the dark triad not as a separate species of human (after all, to have a dark side is to be human) but as magnified and unleashed versions of potentialities that lie within all of us.

With that said, it seems like Anne Frank may have been on to something in the opening quote of this article. We calculated a light triad vs. dark triad balance score for each participant by subtracting each person's score on the dark triad from their score on the light triad. The average balance score of the entire sample was 1.3, suggesting that the average person is tipped more toward the light relative to the dark in their everyday patterns of thoughts, behaviors and emotions. As you can see in this scatterplot, extreme malevolence is extremely rare in the general population: 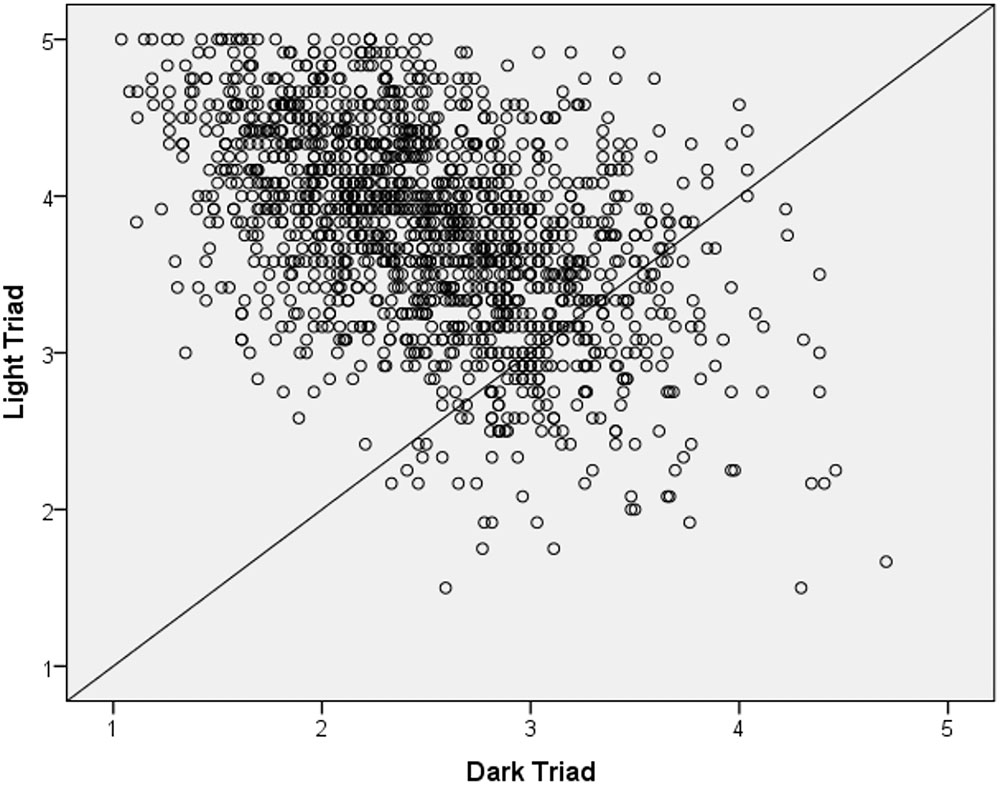 Portraits of the Light and Dark Triad

What about the contrasting profiles of the light and dark triad? We found that the dark triad was positively correlated with being younger, being male, being motivated by power, instrumental sex, achievement and affiliation (but not intimacy), having self-enhancement values, immature defense styles, conspicuous consumption, selfishness and viewing their creative work and religious immortality as routes to death transcendence. The dark triad was negatively correlated with life satisfaction, conscientiousness, agreeableness, self-transcendent values, compassion, empathy, a quiet ego, a belief that humans are good and a belief that one’s own self is good.

The dark triad also showed positive correlations with a variety of variables that could facilitate one’s more agentic-related goals. For instance, the dark triad was positively correlated with utilitarian moral judgment and the strengths of creativity, bravery and leadership, as well as assertiveness, in addition to motives for power, achievement and self-enhancement. Also, an unexpected correlation between the dark triad and curiosity was found, which was localized primarily to the embracing ("I like to do things that are a little frightening," "I prefer jobs that are excitingly unpredictable") and deprivation ("It disturbs me when I don't understand a solution," "It bothers me if I don't know a word") forms of curiosity.

In stark contrast, the overall picture provided by the pattern of correlations with the light triad was quite different than the dark triad. The light triad was associated with being older, being female, less childhood unpredictability, as well as higher levels of religiosity, spirituality, life satisfaction, acceptance of others, belief that others are good, belief that one’s self is good, compassion, empathy, openness to experience, conscientiousness, positive enthusiasm, having a quiet ego and a belief that one can live on through nature and biosociality (having children) after one’s personal death.

Individuals scoring higher on the Light Triad Scale also reported more satisfaction with their relationships, competence and autonomy, and they also reported higher levels of secure attachment style and eros in their relationships. In general, the light triad was related to being primarily motivated by intimacy and self-transcendent values. Many character strengths correlated with the light triad, including curiosity, perspective, zest, love, kindness, teamwork, forgiveness and gratitude.

Note that the flavor of curiosity associated with light triad—stretching ("I actively seek as much information as I can in new situations," "I view challenging situations as an opportunity to grow and learn")—differed from the flavor of curiosity associated with the dark triad (primarily embracing and deprivation). Mature defense styles were also associated with the light triad (e.g., humor, sublimation, altruism, anticipation), as were optimistic beliefs about the self, the world and one’s future. Individuals scoring higher on the Light Triad Scale also reported higher self-esteem, authenticity and a stronger sense of self.

Additionally, in line with our predictions, the light triad was related to greater interpersonal guilt—including survivor ("I sometimes feel I don't deserve the happiness I achieved"), separation ("It makes me anxious to be away from home for too long") and omnipotent responsibility ("I worry a lot about the people I love even when they seem to be fine") forms of guilt. While it may be adaptive to experience these forms of interpersonal guilt for facilitating relationships and repairing damage in a relationship, these forms of guilt may limit one’s ambitions for fear of succeeding while others remain less successful.

The light triad was also correlated with greater “reaction formation,” which is considered by some psychologists as a neurotic defense style (but which I conceptualize in my own work as an aspect of mature altruism). The reaction formation scale consisted of the following items: “If someone mugged me and stole my money, I’d rather he be helped than punished” and “I often find myself being very nice to people who by all rights I should be angry at.” While having such “loving kindness” even for one’s enemies is conducive to one’s own well-being, these attitudes, coupled with greater interpersonal guilt, could make those scoring higher on the light triad potentially more open to exploitation and emotional manipulation from those scoring higher on the dark triad. Indeed, we believe further investigation of the social interactions between extreme light vs. dark triad scorers would be an interesting future line of research.

There are definitely limitations of our studies, and lots of areas for future research extending and developing our work. The 12-item Light Triad Scale should be viewed as a first draft, and our four studies should be seen as more exploratory than definitive.

Nevertheless, we hope our research helps balance the force in personality psychology. Yes, everyday psychopaths exist. But so do everyday saints, and they are just as worthy of research attention and cultivation in a society that sometimes forgets that not only is there goodness in the world, but there is also goodness in each of us as well.

You can read our scientific paper here. Also, you can take the Light Triad Scale here, and also learn about your light vs. dark triad balance.

Scott Barry Kaufman, Ph.D., is a humanistic psychologist exploring the depths of human potential. He has taught courses on intelligence, creativity, and well-being at Columbia University, NYU, the University of Pennsylvania, and elsewhere. In addition to writing the column Beautiful Minds for Scientific American, he also hosts The Psychology Podcast, and is author and/or editor of 9 books, including Transcend: The New Science of Self-Actualization, Wired to Create: Unravelling the Mysteries of the Creative Mind(with Carolyn Gregoire), and Ungifted: Intelligence Redefined. In 2015, he was named one of "50 Groundbreaking Scientists who are changing the way we see the world" by Business Insider. Find out more at http://ScottBarryKaufman.com.