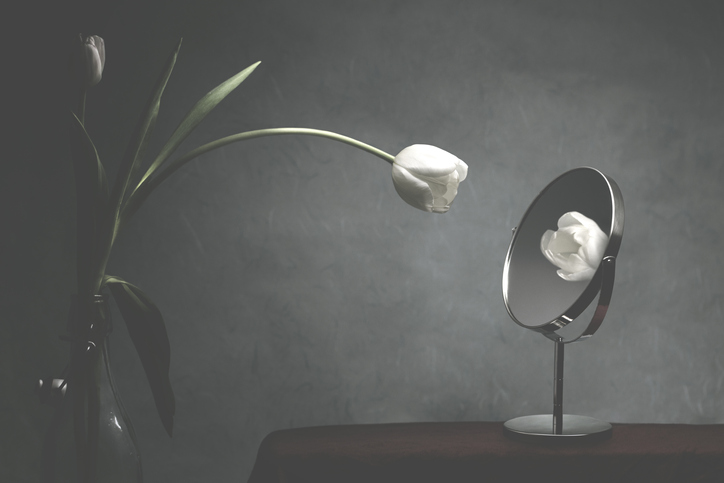 Narcissists are really quite terrible at sustaining anything meaningful and intimate. Photo by francescoch/Getty Images

Narcissism has been something of a mystery to psychologists. With narcissists, things tend to be extreme: the good is really good, and the bad is really bad. Narcissism expert W. Keith Campbell compares interacting with narcissists to eating chococate cake: “When I eat chococlate cake, 20 minutes later I'm under my desk wanting to die. When I eat broccoli, in 20 minutes I feel good. But given the choice I always eat the cake.”

On the one hand, the narcissist’s charisma and self-confidence can be highly alluring. Psychologists Mitja Back and colleagues found that narcissists are indeed more popular at first acquaintance, and its due to four particular cues that make up their “charismatic air”*:

On the other hand, research shows that the initial popularity of narcissists at the early stages of interpersonal interactions depends on the behavioral pathway that is triggered: expressive and dominant behaviors are associated with a positive evaluation, whereas arrogant and combative behaviors are associated with a negative evaluation. According to this research, narcissists may be more popular at first acquaintance because they are more likely to display behaviors that trigger a positive pathway, perhaps because they are trying to make a good first impression.

The costs of narcissism are seen primarily in the “enduring zone." As the relationship develops, narcissists start displaying behaviors that are evaluated negatively, such as arrogance and aggression. Narcissists cyclically return to the emerging zone because they are addicted to the positive social feedback and emotional rush they get from this zone. They live in this zone. As a result, they are good at being popular, making new friends, and acquiring social status, but are really quite terrible at sustaining anything meaningful and intimate.

This handy chart shows the benefits and costs (for self and others) in both the emerging zone and the enduring zone. A landmark study by Delroy Paulhus (an expert on dark personalities) supports that model. Paulhus brought strangers together to engage in weekly 20-minute group discussion over a period of seven weeks. They had people rate how they perceived others in the group after week one and then again at the last session (after seven weeks). He found that narcissism was initially related to positive evaluations, such as “assertive”, “confident”, “entertaining”, “exciting”, and “intelligent”. Seven weeks later, however, the same narcissists were evaluated much more negatively, receiving much higher ratings on characteristics such as “arrogant”, “tendency to brag”, and “hostile”. These findings provided some of the first evidence for narcissists’ declining popularity in social groups. But the question still remained: why the loss in popularity?

To get to the bottom of this mystery, Mitja Back and colleagues recently conducted a study in which they tracked changes in popularity over several time points. They drew on their new theory of narcissism, called the “Narcissistic Admiration and Rivalry Concept”. According to their theory, narcissists’ overarching goal of maintaining a grandiose self is pursued by 2 separate pathways: narcissistic admiration (assertive self-enhancement) and narcissistic rivalry (antagonistic self-protection). Despite being positively related to each other, these two different components of narcissism differentially predict interpersonal orientations, reactions to transgressions in friendships and romantic relationships, interpersonal perceptions during group interactions, and observed behaviors in experimental observations.

Adopting this framework, the researchers had 311 college students engage in tasks with increasing levels of intimacy and self-disclosure. Participants first introduced themselves and later engaged in tasks requiring them to work together as a team and, finally, played a game in which they discussed each other’s personalities. Over a period of just three weeks, the researchers found that the association of narcissism with popularity among peers became more and more negative.

So my advice for those who are dating is to look beyond initial superficial appearances and behaviors, and really see the person in multiple contexts first before you decide to take the relationship to the next level with a person. Particular contexts trigger either the positive or negative pathway in narcissists. A great test for the negative pathway is whether the person gets really agressive after their ego is threatened in any way.

Also, I wouldn’t recommend trying to change the behavior of a narcissist you are dating. Erika Carlson and colleagues found that narcissists are perfectly aware that others see them less positively than they see themselves. They actually have rather good insight into the fact that they make positive first impressions that deteriorate over time, and they even describe themselves as “arrogant”, often being proud of it (seeing it as a sign of courage)! Truth is, narcissists aren't insecure “deep down” on everything. Narcissists really do have high self-esteem for agentic-related traits (e.g., assertiveness, intelligence, attractiveness, social status, etc.) but have only average self-esteem for communal values such as intimacy and affiliation.

Another implication of this research is for the narcissists themselves. What narcissists often don’t realize is that their behaviors are self-sabotaging. Because they are so addicted to the emerging zone, they often don’t see how their behaviors are making it nearly impossible that they will ever gain the deep social and emotional well-being rewards of being in an intimate, close relationship. Perhaps clinicians working with narcissists can help them tone down their narcissistic rivalry traits while keeping the more adaptive and ‘brighter’ aspects of their personality.

At any rate, I’m really happy to see this line of research. Recently, Mitja Back and Simine Vazire called for a tighter integration between personality and the social realm. They argue that little attention has been paid to the complex dynamic processes that might explain the links between personality and social outcomes, and they invite researchers to embrace a more collaborative scientific approach to better understand the social consequences of personality.

I couldn’t agree more. After all, research shows that the accuracy of first impressions matter. The more accurate we are, the better our future interactions, the more we like the person, and the more we are interested in future interactions with that person. Hopefully more research will help us better understand the varieties of human behaviors, what they mean in terms of underlying personality dispositions, and how we can use this information to form happy and healthy relationships.

* Most troubling, the facet of narcissism that most strongly predicted popularity at first acquaintance was “exploitativeness/entitlement”. This facet was the strongest correlate of all four cues, and was most strongly related to popularity. What’s more, those high in exploitativeness/entitlement were the most likely to dislike everyone else, even though they themselves were rated as the most popular!

Scott Barry Kaufman, Ph.D., is a humanistic psychologist exploring the depths of human potential. He has taught courses on intelligence, creativity, and well-being at Columbia University, NYU, the University of Pennsylvania, and elsewhere. He hosts The Psychology Podcast, and is author and/or editor of 9 books, including Transcend: The New Science of Self-Actualization, Wired to Create: Unravelling the Mysteries of the Creative Mind (with Carolyn Gregoire), and Ungifted: Intelligence Redefined. In 2015, he was named one of "50 Groundbreaking Scientists who are changing the way we see the world" by Business Insider. Find out more at http://ScottBarryKaufman.com. He wrote the extremely popular Beautiful Minds blog for Scientific American for close to a decade.