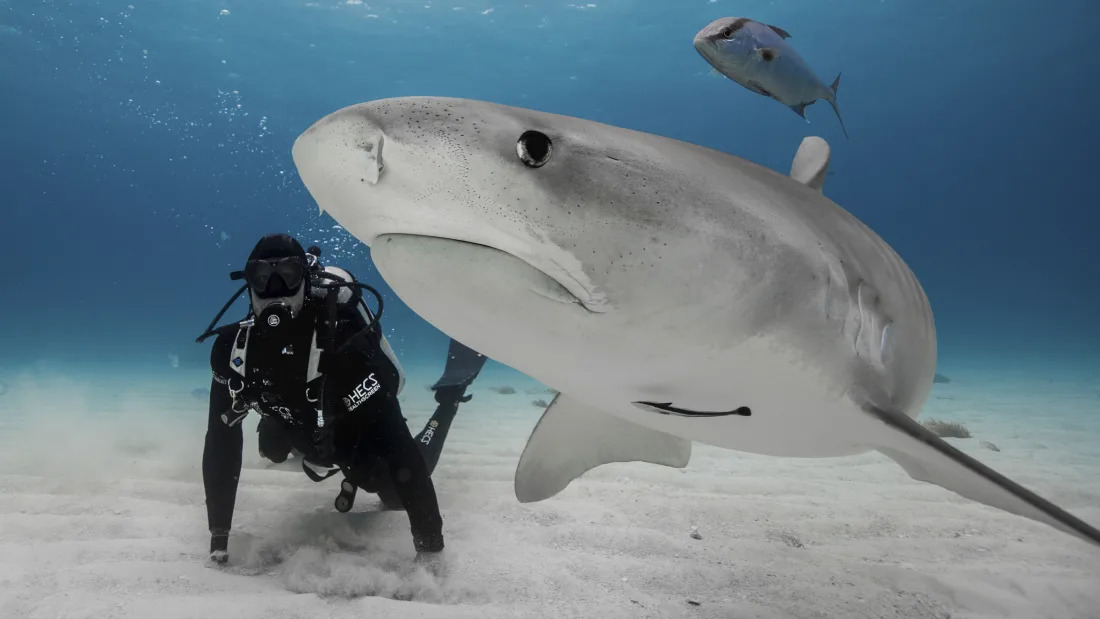 Each summer, the Discovery Channel rolls out its annual Shark Week programming, and we’re once again reminded of our fascination with sharks, the apex predators who possess the destructive power of a table saw.

Why the appeal? According to shark expert and former Australian Navy clearance diver Paul de Gelder, ruminating over sharks and their ability to dominate us in the open waters is just human nature. “It’s fear of the unknown,” de Gelder tells Mental Floss. “It’s a fear of an animal you can’t see coming eating you alive.”

De Gelder is uniquely qualified to comment on our preoccupation with sharks. In 2009, he was attacked by a bull shark, which took part of his right arm and part of his right leg. Rather than hold a grudge, de Gelder has become a shark advocate. “I never blamed the shark,” he says. “The shark was just doing what a shark does in the ocean.”

Attacks like the one de Gelder endured are incredibly rare. According to the International Shark Attack File maintained by the Florida Museum, just 66 confirmed attacks were recorded in 2018. Of those, 32 were unprovoked attacks—in other words, an incident "where an attack on a live human occurs in the shark’s natural habitat with no human provocation of the shark." (In many cases, these attacks are more like test bites, with sharks using their mouth to explore the potential for something being dinner.)

On the highly unlikely chance you come face-to-nose with a shark, de Gelder has some tips that may improve your chances of survival. And don't forget to catch de Gelder on various Shark Week programs like Shark Trip: Eat. Prey. Chum and Laws of Jaws: Dangerous Waters.

1. Don’t Panic Around a Shark

If you’re in water and find yourself suddenly in the company of a shark, instinct will tell you to relocate immediately. Resist that urge. "When you see a predator, you want to get away as fast as possible," de Gelder says. "But then you’re far more likely to get bitten." Panicking will put a shark in predatory mode. Remember: Just because a shark is around doesn’t mean you’re automatically on the menu. "When we do swims with sharks, nine out of 10 people will say, ‘I didn’t feel threatened. I didn’t feel like the shark wanted to attack me. It was just curious.’ Hold on to that. It will keep you calm."

Like dogs, sharks respect assertiveness. "The best thing to do is confront a shark," de Gelder says. "Not with aggression. Stay calm. Keep your eyes on it. Show them you’re a predator, as well." If a shark approaches, you can push them away. You don’t want to start a fight you’re likely to lose, but you may avoid one by letting the shark know you’re not docile. 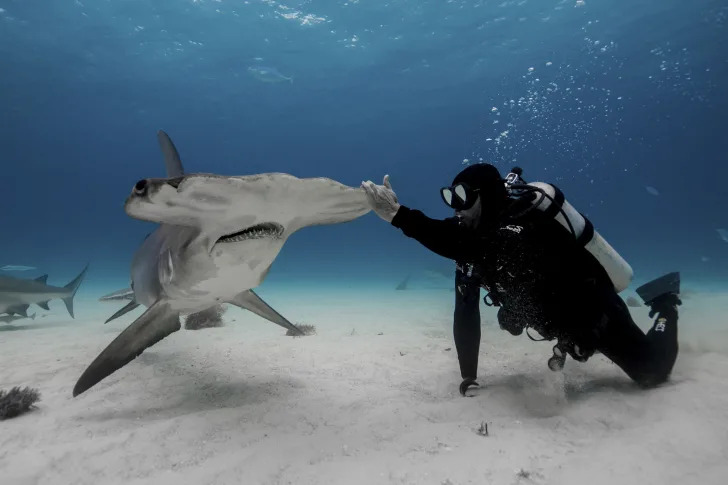 Paul de Gelder gets up close with a hammerhead during Shark Week 2019.

3. If a Shark Attacks, Fight Back

The unfortunate reality of a shark attack is that if one does decide you might be food, you don’t have much say in the matter. Even a test bite, where the shark may give you an inquisitive nibble, can cause grievous injury. And if it’s a full-bore assault, you’re in all kinds of trouble. “'When the shark grabbed me, I felt pressure," de Gelder says of his own attack. "But I didn’t feel the teeth go in. I didn’t feel any pain until it started shaking me and ripping me apart."

Still, doing something is better than nothing. De Gelder advises to "go wild," punching and attacking the shark however you can. The eyes, nose, and gills are all good targets. "Anything that shows the shark you won’t take it," he says. "Maybe you’ll get out." Having a weapon on hand is even better. You can use a knife and aim for the gills or underside of the shark, but don’t try stabbing the top. “You won’t be able to penetrate it,” he says.

4. If a Shark Has Bitten Your Arm, Keep It Over Your Head

If you’re fortunate enough to have a shark lose interest, swim as fast as you’re able to shore or safety. If you have an arm wound, make sure you keep it raised above your heart. “Keeping it above your heart will stem the bleeding,” de Gelder says. After losing his hand to the shark that attacked him, de Gelder had the presence of mind to raise his arm, which may have contributed to his survival. 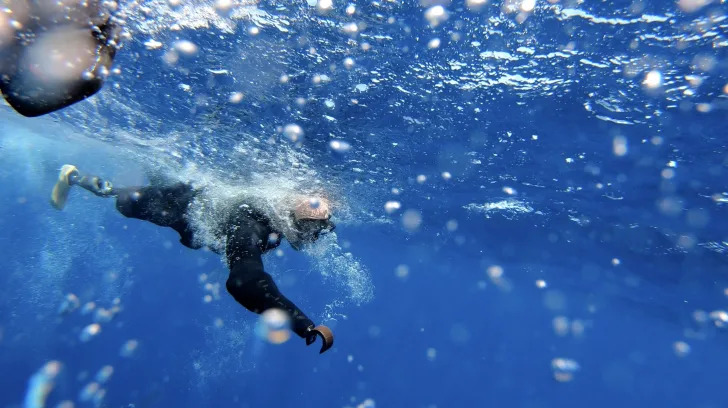 5. Whatever You Do, Try Not to Look at the Wound

Humans are no match for sharks, and the wounds the animals inflict can be devastating. One thing de Gelder was careful not to do was look at his severely damaged leg. “I thought that if I didn’t look at the wound, I wouldn’t go into shock,” he says. "It’s kind of like when a little kid cuts his finger. He doesn’t start crying until he sees blood. I knew there was something wrong with my leg but I didn’t know what. I knew it might be horrific. I didn’t focus on it.”