The title of Rachel Levin’s book, Look Big, is just about the best two words of advice one can give about how to survive most animal encounters. In her illustrated service manual, Levin breaks down how to handle 50 different kinds of animals common in North America, based on expert advice. Let’s look at her tips for dealing with five of these creatures and see how they stack up with what the experts say—and with real-world experience. 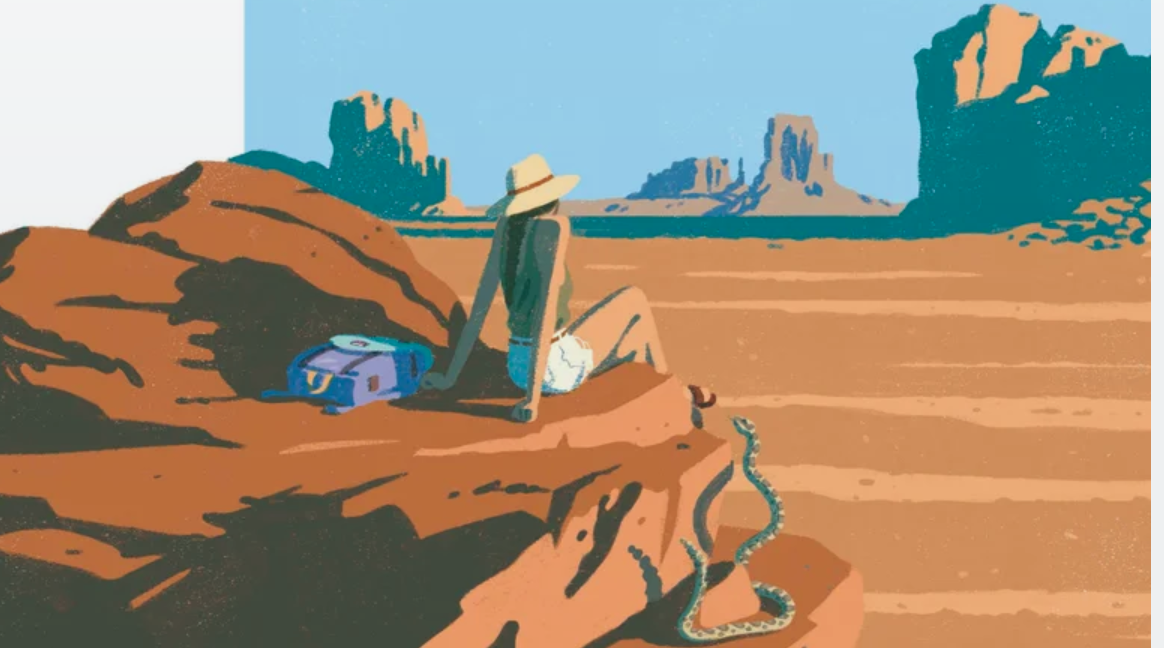 This is never going to happen. Look around for snakes before you sit somewhere, and they'll stay well away from you.

The Book’s Advice: “Leave a snake alone. The bad stuff happens when people don’t. Let the animal pass. Give it a good fifteen feet. Coiled, rattling, and head raised? Give it even more room. If you accidentally step on one and get bitten: keep cool. But seriously, don’t run; getting your heart rate up makes the venom seep into your bloodstream faster. Skip the snakebite kits and tourniquets; that’s outdated advice. Just call Poison Control at 800-222-1222 ASAP. In Arizona or California—where most bites occur—plug this number into your phone.

“And do your best to avoid snakes in the first place. A sunny, 90-degree day is snake weather. Skip the flip-flops, and wear boots instead. Pair them with long, sturdy pants like jeans. (A study actually proved denim’s effectiveness against venom injection.) Don’t use earbuds (you want to hear the rattle). On a mountain bike, be extra cautious. Rattlesnakes are designed to hear the pounding of bison hooves, not the quiet roll of a tire tread. Peek under a log before sitting on it. Shake out your sleeping bag. And if you’ve got to peel off the trail to pee, toss a few pebbles first.”

Real-World Experience: According to one study, most snake bites occur on people’s hands and forearms. What does that tell you? Levin is correct that people get bit when they try to mess around with a poisonous snake. I regularly encounter rattlers, both around my home in Los Angeles and on camping trips throughout the desert Southwest. But neither I nor anyone I know has ever been bitten. Actually, I take that back—I watched a friend of a friend get bitten on Instagram a couple years back after he picked up a snake he found on a trail to pose with it for a photo. Rattlers are typically polite enough to warn you of their presence, making them relatively easy to avoid. 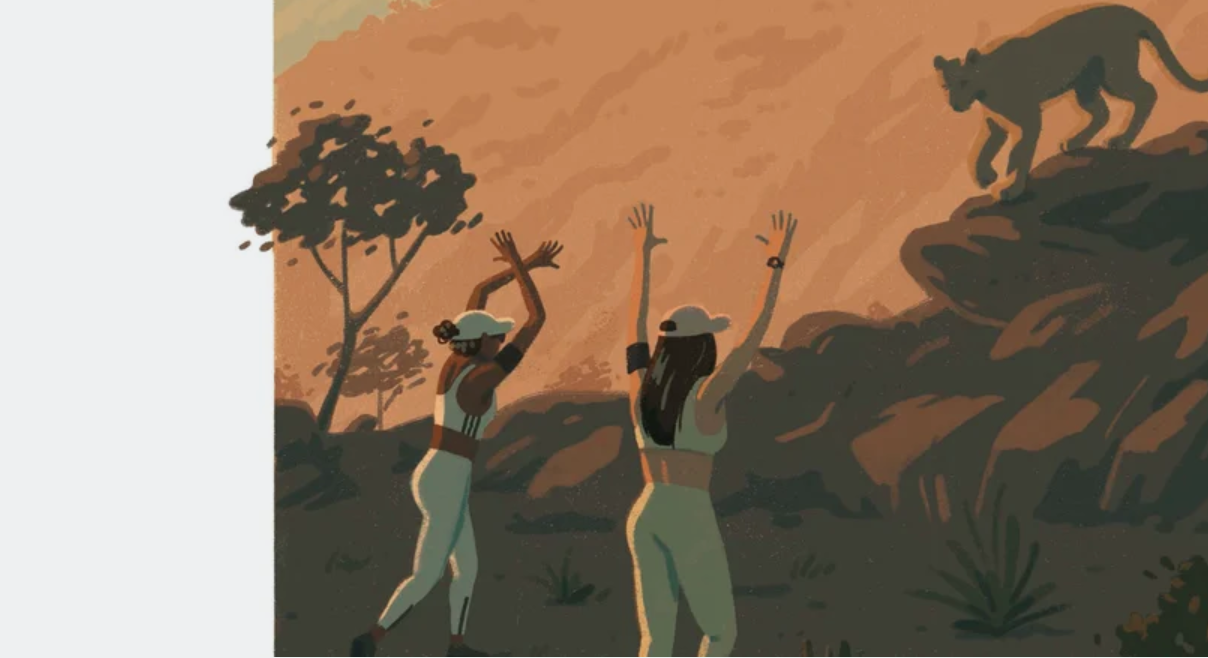 The Book’s Advice: “If, one day, you do meet a mountain lion on the trail or, uh, in the city (one was spotted roaming San Francisco not long ago), try your best to look big and very much alive. Stand tall. Stare the lion in the eye. Open your coat. Grab your kids, without bending over. Don’t run (mountain lions are faster). But don’t just stand there, looking scared out of your mind, either—that suggests you are easy prey. (Which, let’s be honest, you are.) Instead, intimidate. Wave your arms. Yell. Scream. Throw water bottles, rocks, whatever you’ve got. If attacked, ‘Give ’em hell,’ says Veronica Yovovich of the Mountain Lion Foundation. What­ever you do, don’t lie down or play dead—­or they’ll eat you for dinner.”

Real-World Experience: Lion populations are expanding across the country. It’s pretty freaking cool to write that line. Heck, we’ve got one right here in Hollywood. P-22 occasionally shows up on a motion sensor camera and once got trapped in a basement, but otherwise the thousands of people who cross his path every day are unaware of his presence. That’s P-22 in the illustration above, but as far as I know, no day hikers have ever actually run into him on the trails around the Hollywood sign. Want to know how to avoid getting killed and eaten by a mountain lion? Don’t turn into a deer. Otherwise, us humans should count ourselves lucky if we ever get to see one in the wild. 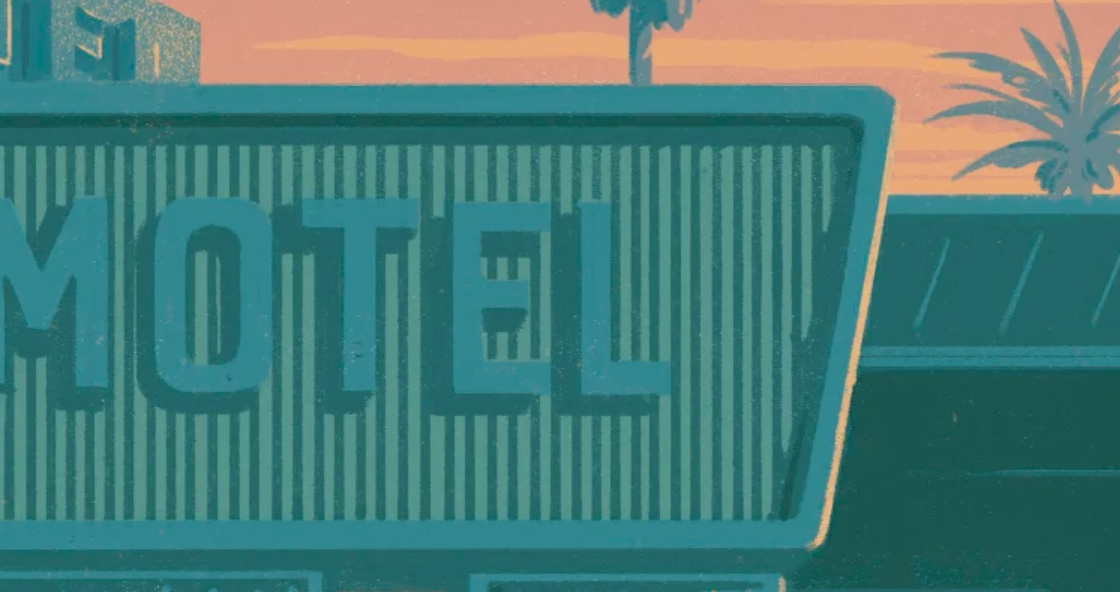 You bring bedbugs home when they crawl into your luggage or clothing while staying in a building infested with them. That doesn't need to be a crappy motel; even expensive luxury properties have had problems with the insects.

The Book’s Advice: “Put pest control on speed dial and then ransack like a detective searching for evidence, emptying dressers, nightstands, and closets. Bedbugs hide behind headboards and mirrors, on carpets and couches. Scour every crevice and then declutter like you’re Kondo on cold brew, and just keep vacuuming. Swap your wooden bed for steel. They can’t climb metal or bathtubs. (Go ahead: get in and curl up.) Wash and dry everything on high heat, seal the rest of your stuff in Ziploc Big Bags (for up to a year, according to the EPA), and toss whatever you can. This is no time for nostalgia. Trained dogs can find the bedbugs if you can’t (‘Sherlock Hounds,’ as one company calls them). The PackTite Closet Bed Bug Heater System sounds like it helps, but $800 for a product that promises to roast bedbugs right off your shoes? Maybe just buy a new pair.”

Real-World Experience: Back when I used to live in Brooklyn, our loft in Williamsburg was overrun by bedbugs one summer. I had the telltale red bites from head to toe. We were going broke just trying to pay the rent, and our landlord wouldn’t help, so my roomates and I resolved to tackle the problem ourselves. First, we stripped all our bedding and took that and all our clothes to the laundromat and ran everything through several hot-water cycles. While that was happening, we dusted every surface with diatomaceous earth and packed it into all the nooks and crannies in our furniture. We even cut the fabric off the underside of our couch and filled its springs and frame with the powder. Then we set off way more flea bombs than the square footage called for and hung out at a local dive bar until it was safe to go back home. It might have been luck, but that did the trick. You can beat them. 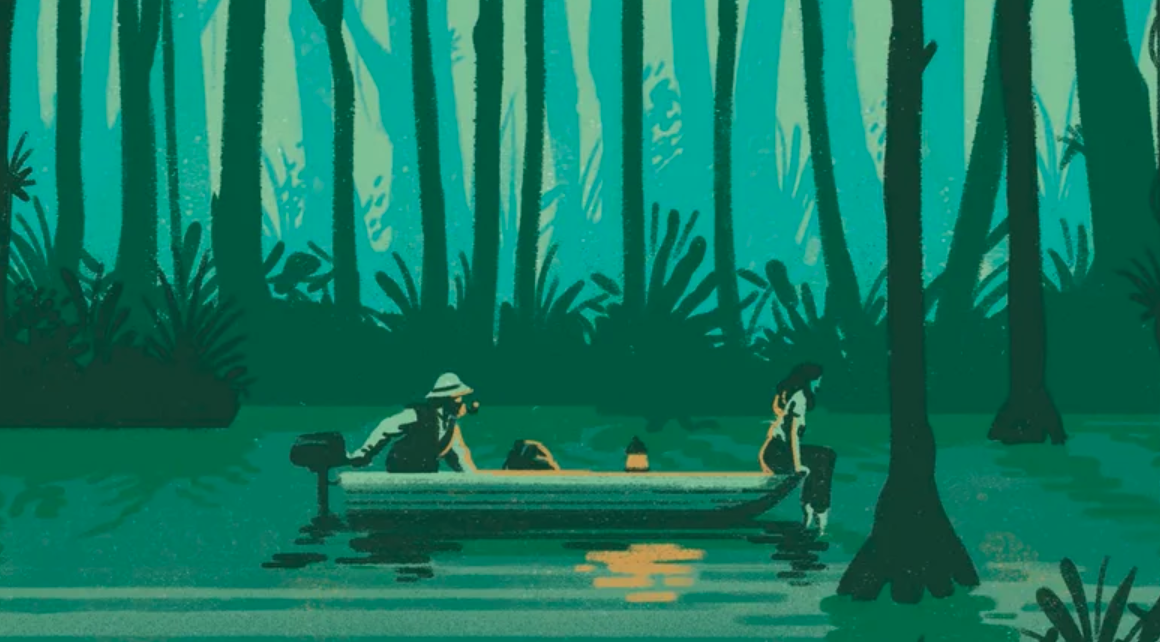 Keep your hands and feet inside the ride at all times.

The Book’s Advice: “Run—zigzag, straight line, doesn’t matter. Alligators might be the only predators in the world you’d have a shot at beating in a race. Though they rarely pursue on land, around water, stay alert. Alligators ambush. They latch on to prey, roll it underwater until drowned and dead, then toss it back like a tequila shot. Which means that adult humans aren’t easy eating. Put up a decent fight, and the alligator might decide to ditch you. ‘They prefer not to contend with violently struggling prey,’ says Allan Woodward, of Florida’s Fish and Wildlife Research Institute. ‘Scream. Splash. Kick. Sure, try and punch the snout or gouge out the eyes,’ says Woodward. ‘No guarantees, but it has worked before.’”

Real-World Experience: The thing about alligators that’ll get you is how high they can jump out of the water and how well-hidden they can lie just below its surface. Crabbing with my kid sister years ago, a very large gator nearly snatched her off a dock as she lay with her head over the side. So my advice is to avoid dangling chicken necks into gator-infested water. And never swim in Florida, obviously. 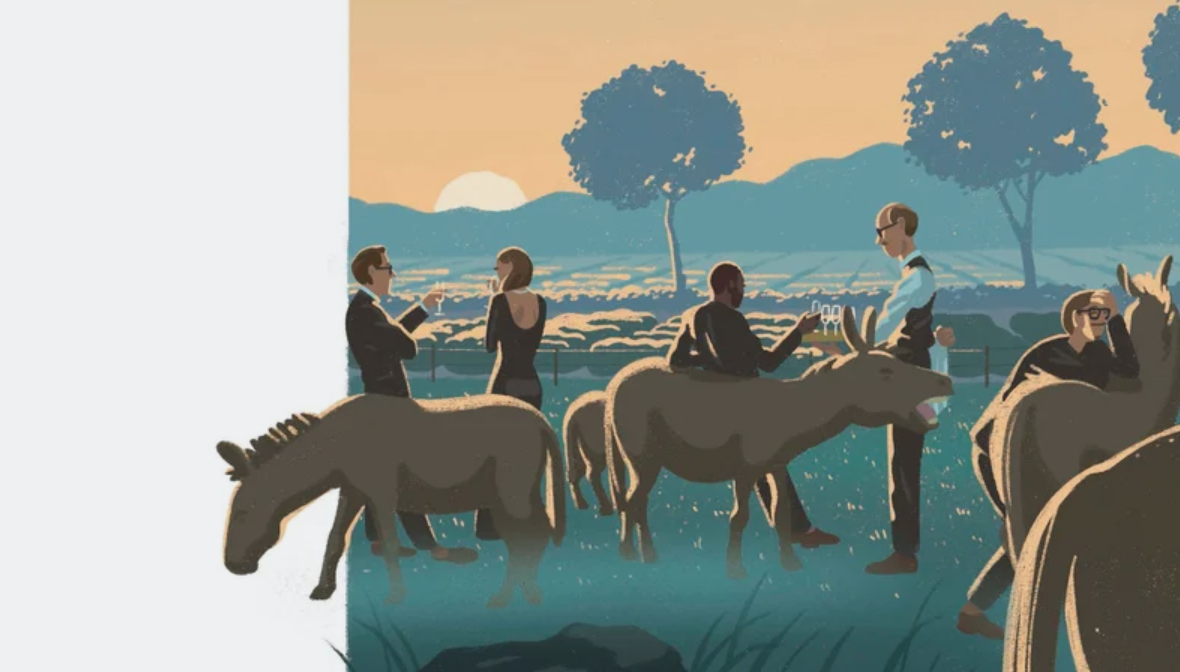 You'll encounter donkeys on farms, in the desert, and in most places in Mexico.

The Book’s Advice: “‘Well, there’s not much you can do, except get away,’ says Jan Dohner, author of Livestock Guardians. To avoid getting into a dangerous donkey situation in the first place, geld your donkey. ‘Intact males are less predictable than stallions,’ says Dohner. Read its signals: ears back, tail swishing, head swinging—not good. ‘Never turn your back on a jack’ is a good motto. Don’t corner it, either, or enter the enclosure of a donkey you don’t know. And definitely steer clear of its rear.”

Real-World Experience: One of my favorite 4x4 destinations in Death Valley is lousy with feral donkeys, and you’ll encounter them many other places out west or south of the border. Like bears, they like to sneak into camp and steal your food, so good food discipline and a bear-proof cooler are the easiest ways to keep them away. Given the donkey’s curious nature, they can also engender poor decision-making in humans. Like the book says, just stay clear. A kick will, at a minimum, ruin your day, and despite their domestic appearance, donkeys don’t want you to pet them or attempt to ride them. Put your dog on a leash if there are donkeys around.