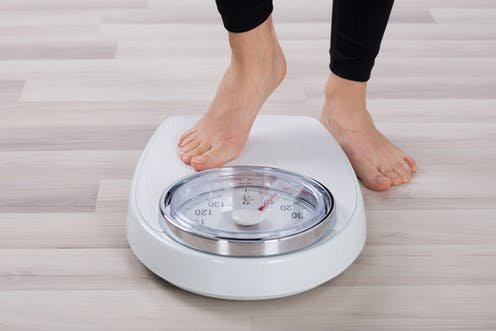 The world is obsessed with fad diets and weight loss, yet few of us know how a kilogram of fat actually vanishes off the scales.

Even the 150 doctors, dietitians and personal trainers we surveyed shared this surprising gap in their health literacy. The most common misconception by far, was that fat is converted to energy. The problem with this theory is that it violates the law of conservation of matter, which all chemical reactions obey.

Some respondents thought fat turns into muscle, which is impossible, and others assumed it escapes via the colon. Only three of our respondents gave the right answer, which means 98% of the health professionals in our survey could not explain how weight loss works.

So if not energy, muscles or the loo, where does fat go?

The enlightening facts about fat metabolism

If you lose 10kg of fat, precisely 8.4kg comes out through your lungs and the remaining 1.6kg turns into water. In other words, nearly all the weight we lose is exhaled.

This surprises just about everyone, but actually, almost everything we eat comes back out via the lungs. Every carbohydrate you digest and nearly all the fats are converted to carbon dioxide and water. The same goes for alcohol.

Protein shares the same fate, except for the small part that turns into urea and other solids, which you excrete as urine.

The only thing in food that makes it to your colon undigested and intact is dietary fibre (think corn). Everything else you swallow is absorbed into your bloodstream and organs and, after that, it’s not going anywhere until you’ve vaporised it.

Kilograms in versus kilograms out

We all learn that “energy in equals energy out” in high school. But energy is a notoriously confusing concept, even among health professionals and scientists who study obesity.

The reason we gain or lose weight is much less mysterious if we keep track of all the kilograms, too, not just those enigmatic kilojoules or calories.

According to the latest government figures, Australians consume 3.5kg of food and beverages every day. Of that, 415 grams is solid macronutrients, 23 grams is fibre and the remaining 3kg is water.

What’s not reported is that we inhale more than 600 grams worth of oxygen, too, and this figure is equally important for your waistline. 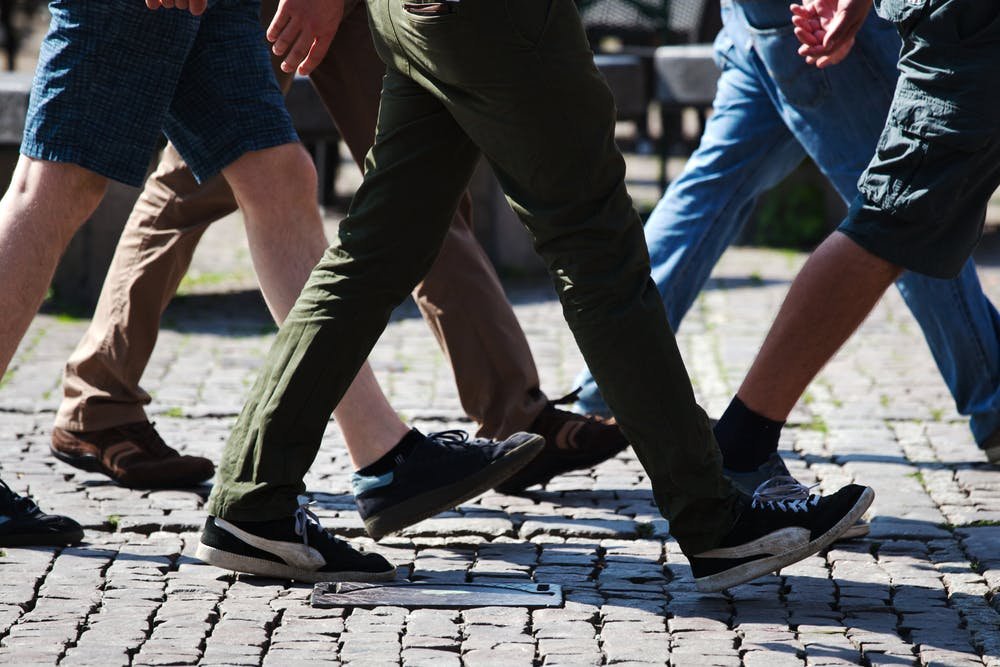 Walking increases our resting metabolic rate by 300%. from www.shutterstock.com

Read more: Why we regain weight after drastic dieting

If you put 3.5kg of food and water into your body, plus 600 grams of oxygen, then 4.1kg of stuff needs to come back out, or you’ll gain weight. If you’re hoping to shed some weight, more than 4.1kg will have to go. So how do you make this happen?

The 415 grams of carbohydrates, fats, protein and alcohol most Australians eat every day will produce exactly 740 grams of carbon dioxide plus 280 grams of water (about one cup) and about 35 grams of urea and other solids excreted as urine.

An average 75kg person’s resting metabolic rate (the rate at which the body uses energy when the person isn’t moving) produces about 590 grams of carbon dioxide per day. No pill or potion you can buy will increase that figure, despite the bold claims you might have heard.

Read more: Five supplements that claim to speed up weight loss – and what the science says

The good news is that you exhale 200 grams of carbon dioxide while you’re fast asleep every night, so you’ve already breathed out a quarter of your daily target before you even step out of bed.

So if fat turns into carbon dioxide, could simply breathing more make you lose weight? Unfortunately not. Huffing and puffing more than you need to is called hyperventilation and will only make you dizzy, or possibly faint. The only way you can consciously increase the amount of carbon dioxide your body is producing is by moving your muscles.

But here’s some more good news. Simply standing up and getting dressed more than doubles your metabolic rate. In other words, if you simply tried on all your outfits for 24 hours, you’d exhale more than 1,200 grams of carbon dioxide.

More realistically, going for a walk triples your metabolic rate, and so will cooking, vacuuming and sweeping.

Metabolising 100 grams of fat consumes 290 grams of oxygen and produces 280 grams of carbon dioxide plus 110 grams of water. The food you eat can’t change these figures.

Therefore, to lose 100 grams of fat, you have to exhale 280 grams of carbon dioxide on top of what you’ll produce by vaporising all your food, no matter what it is.

Any diet that supplies less “fuel” than you burn will do the trick, but with so many misconceptions about how weight loss works, few of us know why.