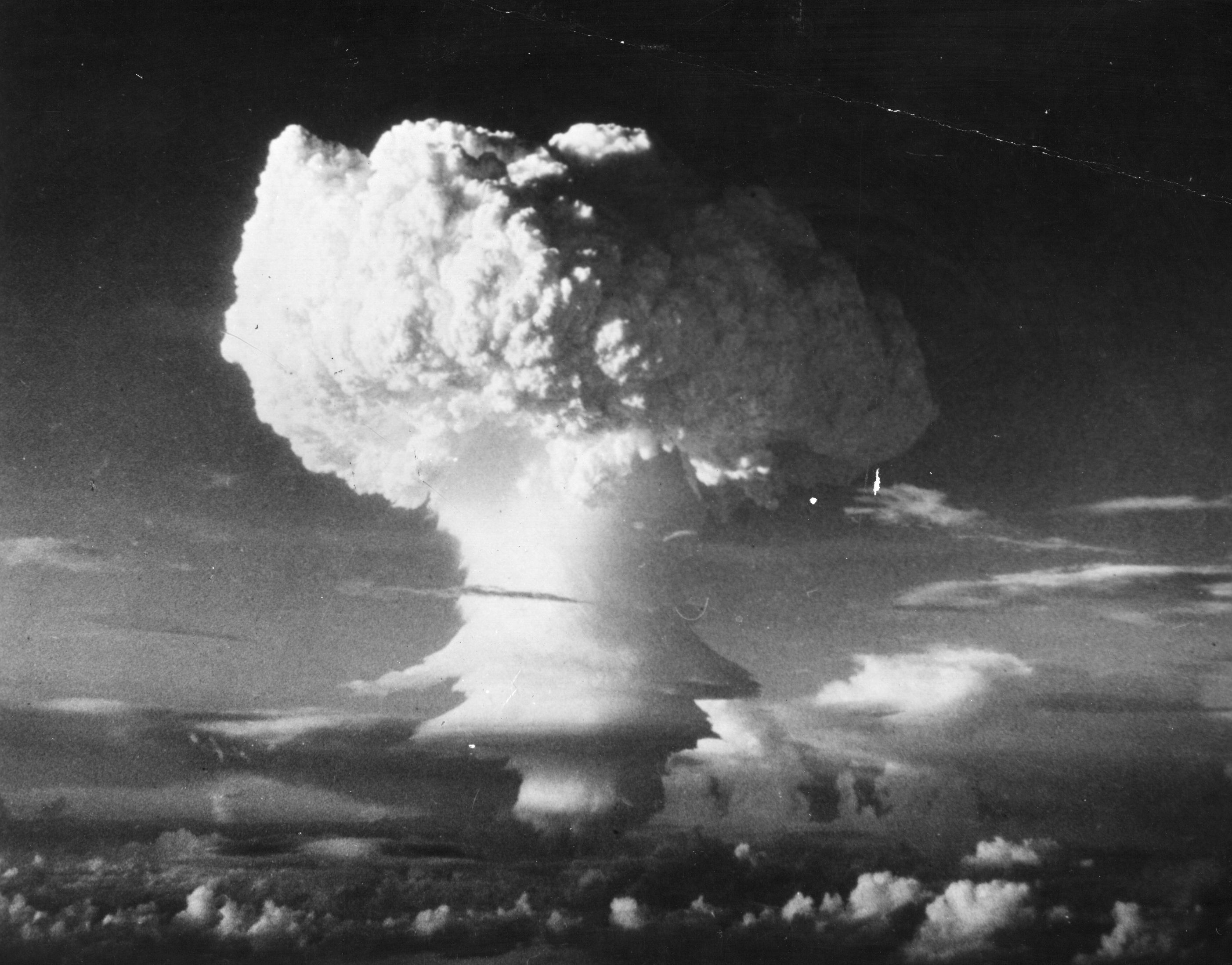 Before Nicholas Meyer's made-for-television film The Day After had its official airing on November 20, 1983, then-President Ronald Reagan and his Joint Chiefs of Staff were given screening copies. In his diary, Reagan recorded his reaction to seeing Meyer's graphic depiction of a nuclear holocaust that devastates a small Kansas town, writing:

"It's very effective and left me greatly depressed. So far they [ABC] haven't sold any of the 25 spot ads scheduled and I can see why. Whether it will be of help to the 'anti-nukes' or not, I can't say. My own reaction was one of our having to do all we can to have a deterrent and to see there is never a nuclear war."

Just a few days later, the rest of America would see what had shaken their president. Preempting Hardcastle and McCormick on ABC, the 8 p.m. telefilm drew a staggering 100 million viewers, an audience that at the time was second only in non-sports programming to the series finale of M*A*S*H. According to Nielsen, 62 percent of all televisions in use that night were tuned in.

What they watched didn't really qualify as entertainment; Meyer stated he had no desire to make a "good" movie with stirring performances or rousing music, but a deeply affecting public service announcement on the horrors of a nuclear fallout. He succeeded … perhaps a little too well.

The idea for The Day After came from ABC executive Brandon Stoddard, who had helped popularize the miniseries format with Roots. After seeing The China Syndrome, a film about a nuclear accident starring Jane Fonda, Stoddard began pursuing an "event" series about what would happen to a small town in middle America if tensions between the Soviet Union and the United States escalated to catastrophic levels. Films like Dr. Strangelove had depicted moments between politicians debating whether to use powerful weapons of mass destruction, but few had examined what the consequences would be for the everyday population.

Reagan had dubbed the Soviet Union "the evil empire" in 1982, so the time seemed right to bring such a project to TV viewers. Stoddard hired Barnaby Jones writer Edward Hume to craft a script: Hume drew from research conducted into the effects of nuclear war and radiation fallout, including a 1978 government report, The Effects of Nuclear War, that contained a fictionalized examination of how a strike would play out in a densely populated area. Stoddard also enlisted Meyer, who had proven his directorial chops with Star Trek II: The Wrath of Khan, but considered the assignment a "civic responsibility" more than a creative endeavor.

Meyer and the film's producers selected Lawrence, Kansas (pop. 50,000) as the setting for the movie and got permission from city officials to turn their town into a post-apocalyptic landscape. Throughout the summer of 1982, tons of ash, dirt, and rubble were trucked in and spread over the ground; food coloring blackened farming crops. Thousands of locals were enlisted to portray victims of a nuclear attack, agreeing to roll in dirt and have their hair shaved off to simulate a miserable death via radiation poisoning.

Meyer believed that setting the film in a small town would make it more impactful and relatable to audiences. "Other movies that had attempted to deal with the subject of nuclear holocaust had always been set in big cities," he recalled in 2003. "But a great number of people in the United States do not live in big cities, so they were witnessing an event that seemed to bear scant relation to them."

That pursuit of realism wasn't always to the network's benefit. ABC originally planned a four-hour film to run on two consecutive nights, but filling up that much commercial time proved to be a challenge. Fearing a graphic and partisan display of anti-nuclear propaganda, many loyal advertisers refused to let their spots air during The Day After. (Meyer later joked that all the "generals" pulled out, including General Mills and General Foods.) They were ultimately able to sell a little over 10 minutes of commercial time, which prompted executives to condense the movie to a two-hour presentation. Meyer, who thought the script was padded to begin with, agreed with the decision.

ABC sensed that the film would be provocative and took unprecedented steps to handle the inevitable viewer response. A 1-800 number was set up to field calls from people concerned about an actual nuclear disaster; the network also issued pamphlets that acted as viewing guides, with fact sheets on nuclear weapons. Psychologists warned audiences would experience "feelings of depression and helplessness." Meyer was, in effect, making a disaster movie with the characters being offered no help of rescue. The film had been openly endorsed by anti-nuclear organizations as being a $7 million advertisement for their stance, and some TV industry observers wondered whether ABC would even air it at all.

Prior to The Day After's November 20 debut, actor John Cullum appeared onscreen and delivered a warning. Calling the film "unusually disturbing," he advised young children to be led away from the television and for parents to be prepared to field questions older kids might have.

With that, The Day After commenced. It was every bit as terrifying as viewers had been told it would be. For the first 50 minutes or so, actors like Jason Robards, John Lithgow, and Steve Guttenberg established their characters in Lawrence, largely oblivious to an incident on the border of East Germany that triggered an armed response from both Russia and the U.S. As missiles fell, a mushroom cloud vaporized the community; those who survived were doomed to brief and miserable lives as radiation destroyed their bodies.

Dramatizing what had previously been a sterile discussion about nuclear defenses had its intended effect. Viewers shuffled away from their televisions in a daze, struck by the bleak consequences of an attack. The people of Lawrence, who had a private screening, were particularly affected—it was their town that appeared destroyed. Residents exited the theater crying.

What ABC lacked in ad revenue it more than made up for in ratings. The mammoth audience was comparable to Super Bowl viewership; the network even presented a post-"game" show of sorts, with Ted Koppel hosting a roundtable discussion of the nuclear threat featuring Carl Sagan and William F. Buckley. Sagan is believed to have coined the term "nuclear winter" on the program, while Secretary of State George Shultz argued the necessity of harboring nuclear weapons to make sure the nation could protect itself.

The experience stuck with Reagan, who signed a nuclear arms treaty—the Intermediate-Range Nuclear Forces, or INF, Treaty—with Mikhail Gorbachev in 1987, leading to longstanding speculation that The Day After may have helped sober political attitudes toward mutually assured destruction.

Jake Rossen is a writer, editor, and curator of fine comic strip art. (Except Garfield.) His byline can be found within the pages of The New York Times, ESPN.com, Wired.com and a slew of health and fitness-related publications.