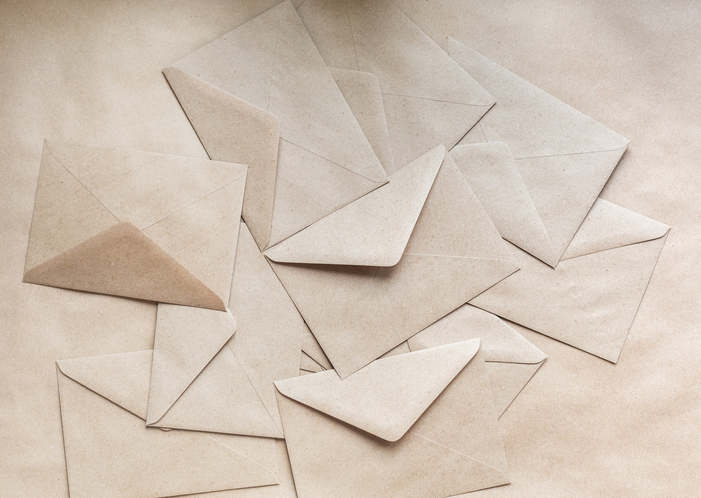 In the fall of 2018, I ran a successful Kickstarter campaign for a pair of glasses that block screens. Ironically, I found myself glued to screens more than ever. I was growing a community of more than 2,000 backers, answering inbounds from reporters, fans, and critics, all while managing our internal team and keeping tabs on our production and distribution partners. I was staying up until 2 a.m. multiple nights per week because I didn’t want to drop the ball or miss out on any opportunities. When I turned to my peers for advice, many of them nodded knowingly and suggested that this is the cost of success.

Then I came across an article profiling the founders of New England-based apparel company Life Is Good, who permanently cut email out of their work life in 2015. I got inspired and wondered if I could try taking an email hibernation of my own.

It felt like a crazy experiment, partly because I was skeptical it could work. For starters, the Life Is Good founders own a $100 million company with 250 employees. I, on the other hand, only had myself and my assistant.

But I was determined to try it, so I decided to do the experiment in December, when work would be slowest. I began by creating the following criteria:

Here’s what my auto-reply said:

Thanks for reaching out! As part of my continued exploration in feeling balanced and creatively nourished in the 21st century, I’m taking a sabbatical from email through the month of December.

I am still working and available to connect during this time–just not on email–so feel free to call, text, or send as much snail mail as your heart desires: PO Box 24213, Oakland, CA 94623

Below are my six takeaways from the experiment:

1. Email is Addictive, But it Doesn’t Have to Be

According to a 2018 consumer survey by Adobe, the average creative professional spends 5.6 hours per day checking email. Yes, we’re addicted to refreshing our inboxes to see what rare gem or urgent request awaits. But much of this temptation is by design.

I was amazed at how much easier it was to give up email once I made the mail app less accessible by taking it off my dock and moving it to the last page of my phone. Simple solutions like leaving your phone outside of your bedroom and giving yourself a full hour of sacred phone-free time before and after a night’s sleep is a great way to build resilience to the compulsory habit of checking email.

It’s easy to recall the emails that were so awesome that they made our entire day, like job offers or once-in-a-lifetime invitations. And you probably remember time-sensitive emails, like instructions from your boss or an invitation to interview for your dream role.

But if you look closely, I’m confident that most of the emails you receive are of little value. As humans, we often remember the extraordinary, but not the ordinary. This same selective memory pertains to email.

I got a total of 1,307 emails after the month-long experiment. After going through, deleting, and archiving (which took me a total of three hours), I only had 37 messages that I saved to act on or reply to later. That means less than 3% of my emails are worth reading, which is barely one per day. Sure, it was a slow month, but it opened my eyes to just how much of a time-suck email can be.

3. People Will Applaud You for Taking an Occasional Break

Responding to email takes time. You can respond to some messages with a straight yes or no, but often you take the time to craft a perfectly toned, polite yet to-the-point message and deliberate the perfect sign-off.

In our always-on culture, many of us impose an unhealthy expectation on ourselves to respond to everything immediately. However, except for work assignments, this is unnecessary. In fact, many of my clients thought that the experiment was a good idea. One person even wrote, “This is an inspiring ‘away from office’ email, Ivan. I am curious at how it went (and entirely envious!).”

We’re becoming more and more conditioned to expect information to come to us, rather than proactively seeking it out. Daily news email means we don’t have to check the news manually. Sales promotions mean we don’t have to think about where to shop. Event invites mean we don’t have to look into what’s happening. While this is convenient, it raises the question of whether we’ve become lazier as a result.

5. For Better or Worse, Email Has Become an All-In-One Utility Far Beyond Its Originally Intended Use

There’s nothing worse than going into your inbox to check in for your flight or reset a password, and then being sucked into a wormhole of newsletters. The proliferation of all things funneling back to email is a nightmare if you’re trying to create boundaries.

During the experiment, I realized just how intertwined email had become to my life. When I was planning an event, most of the information I needed was in my email. I couldn’t access my bill history, check a doctor’s appointment, and RSVP to party invites because that required opening my inbox. I even relied on email to remind myself that it was time to buy a Secret Santa gift as per our annual family tradition. Had I not gotten a text from my cousin, I would have forgotten this.

6. A Periodic Sabbatical Works Wonders on the Ego

Taking breaks is healthy and human. After spending a month without email, I can say that it was challenging, but not terrible. Most importantly, I didn’t miss out on much. Taking my inbox off my phone and computer forced me to question my default distractions.

Without my inbox, I had to come up with other stuff do to while waiting in line at the airport, riding on the subway, or even (I’ll admit it) while on the toilet. In the midst of this experiment, I occasionally found myself with space that I didn’t need to fill. My usual sense of urgency and self-importance faded a bit. After all, very few things are life-or-death matters.

I’m well aware that not everyone can sign off email for a whole month without being fired. And not everyone has an assistant who can peruse their inbox and be their safety net. But even trying it for a day or two can do wonders for your productivity. After 30 days of email abstinence, I realized that email isn’t good or bad. It’s merely a tool. By stepping away from it, I’ve learned how to use it in a way that is productive, rather than letting it push me around me like a helpless captive. Most importantly, I learned how to take more control of my day-to-day life, and developed a greater perspective on what truly matters.