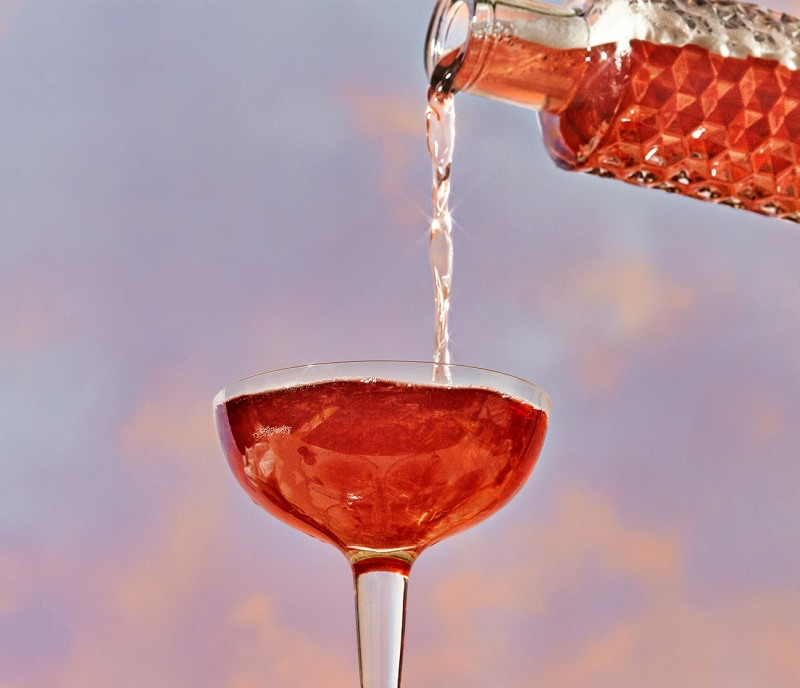 While there’s nothing wrong with indulging in a drink every now and then, there are a long list of benefits of going dry that extend beyond glowing skin and better sleep. “The mental health aspects are just as important as the physical ones,” says Soroya Bacchus, M.D., a board-certified psychiatrist specializing in addiction medicine. “The mood improves and cognitive ability improves.” Scientifically speaking, the National Institute on Alcohol Abuse & Alcoholism defines moderate drinking for women as up to three beverages in a 24-hour period, and a maximum of seven per week. Regardless of where you fall on that scale, here’s what you can expect when you stop drinking alcohol; Consider this motivation to kickstart your resolution before the New Year.

The answer to this question is highly dependent on how many cocktails you had the night before. If you stuck to water, day one will most likely be business as usual. On the other hand, if you decided to indulge in preparation for your fast, day one will most likely consist of withdrawal symptoms. As Bacchus explains, alcohol causes the brain to release the feel-good chemical dopamine, which results in an emotional crash the next day. Be prepared to experience psychological symptoms such as irritability, food cravings, anxiety, and even signs of depression, in addition to physical withdrawal symptoms like restlessness, headaches, dehydration, and nausea.

Preexisting mental health issues such as anxiety and depression are also exacerbated by alcohol. Sufferers may feel more emotionally stable and clearheaded without booze and the resulting hangover. “Because alcohol is a depressant and has a sedative effect, people often use the substance to unwind,” states Meredith Watkins for American Addiction Centers. “But it can also increase anxiety within just a few hours of consumption.”

This is when meaningful reflection and long-term lifestyle shifts may come into play. Without the cravings, sleep deprivation, and mood swings that can come with partying and hangovers, you may find it easier to maintain a healthy lifestyle. As Bacchus notes, you’ll have more time to devote to self-care or other hobbies that once took a back seat to boozy brunches and wine-fueled dinners. Rather than spending your Sunday recovering from a Saturday night out, for example, you may try a new workout class or master a complicated recipe.

Finally, abstaining may allow you to see what drinking is covering up (if anything). Bacchus recommends asking yourself questions like: Do I use it to relax socially? Or: Am I drinking to mask feelings of anxiety or discomfort? Answering openly and honestly may foster a more conscientious relationship with your nightly glass of wine. “That’s the clarity that a lot of people enjoy,” she says.