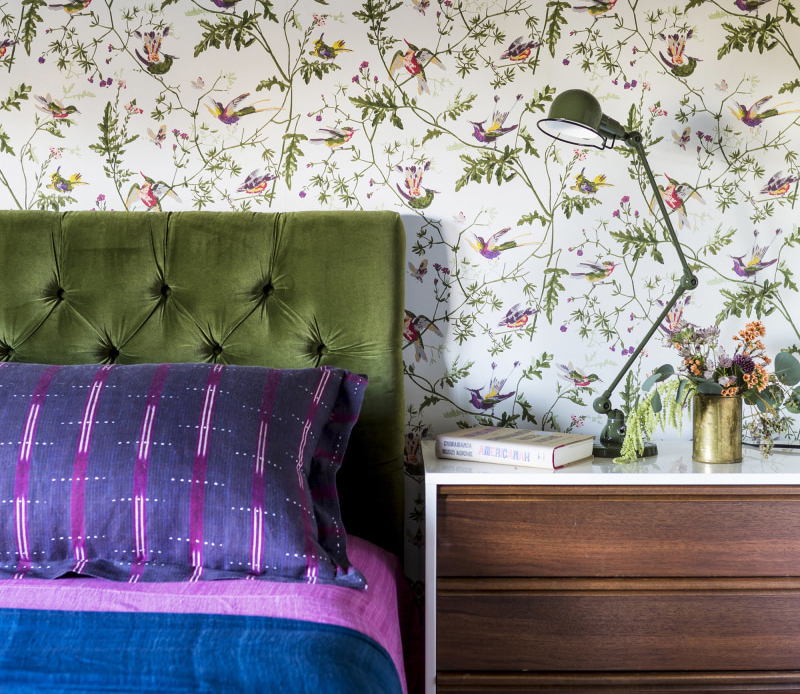 You’re exhausted and you can’t wait to go to bed. The second your head hits the pillow, you feel yourself drifting off, and before you know it, you’re in dreamland. That is, until it’s 2 a.m.—suddenly you’re wide awake, staring at the ceiling and attempting to count sheep.

Sound familiar? Turns out, waking up at night is more common that you might think. According to a 2011 National Sleep Foundation poll, nearly 60 percent of Americans experience interrupted sleep in the middle of the night.

“My older clients have to take more frequent bathroom breaks, so they often have trouble staying asleep, as do those who work in stressful environments,” says Amanda Clark, a certified sleep coach at Equinox. The good news: Clark has a bevy of holistic methods up her sleeve to help her clients catch better z’s. She believes that there are certain things you can change in your daytime routine to make falling asleep—and staying asleep—easier. We spoke to her, plus some other experts, to get more intel:

Stick to a Schedule

“It’s important to create a bedtime routine that will actually prepare your body for better sleep,” explains Clark. “I love drinking calming teas close to bedtime (but not too close!), avoiding bright light from television and your phone (the light messes with your circadian rhythm and tricks your body into thinking it’s daytime), and indulging in a face mask or bubble bath.” The latter will also help increase your body temperature, making you more relaxed and getting you in a state of rest.

Even if you eat well before bedtime, the types of food you eat could still be affecting the quality of your sleep. You might want to bid adieu to that bowl of pasta: Nutritionist Alix Turoff recommends limiting alcohol and carbs, especially if you’re prone to blood sugar spikes that make you more alert.

On the other hand, certain foods can stimulate sleep—most notably those containing tryptophan, an amino acid that is converted into serotonin and melatonin (two brain chemicals that promote relaxation). Get your fill by including turkey, eggs, cottage cheese, or fish in your meals.

Clark swears by what she calls the “four-seven-eight” breathing technique: Four counts on the inhale, a seven-count hold, and eight counts on the exhale. “It’s recommended to do that about four times,” she says.

Keep a Notebook by Your Bed

If you jolt to consciousness stressed about something you think you’ll forget, jot it down in a worry book on your nightstand. “Most people find that when they write things down, it’s not at the top of their to-do list anymore, and so then they can rest,” says Clark.

The rush of endorphins and the boost of energy you get post-workout aren’t conducive to a good night’s rest. “I suggest trying to finish working out at least four hours before bed, and if you can’t, try to incorporate something more calming or lower intensity than stimulating, like yoga or a long walk,” offers Clark. “If it has to be high intensity, make sure to include a long cool-down period.”

Nikhita Mahtani is a Freelance Journalist and former Digital Editor at Domino.

Elly Leavitt is an Associate Digital Editor at Domino.