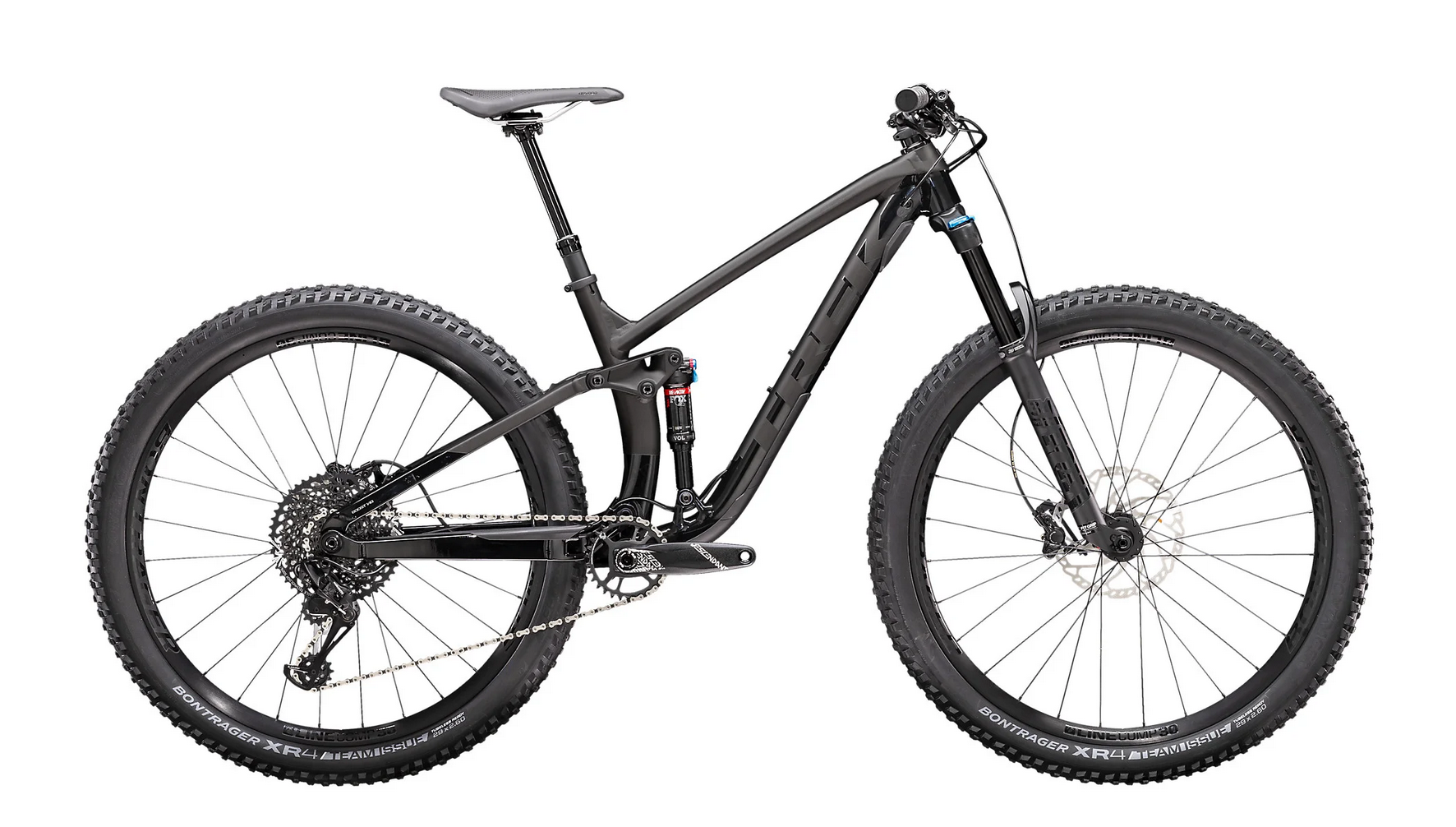 At first glance, it can be tough to tell why some bikes will set you back just $150 while others cost as much as a nice used car. Riding them will often make the differences more obvious, especially if you put any serious miles on them or try to traverse any tricky terrain. But, even without planting your feet on the pedals and your butt on the saddle, here are some key differences to consider when trying to decide how much you really need to spend.

Just because a bike is cheap, doesn’t necessarily mean that it’s bad or that you can’t have a good time riding it. A lot of it has to do with how the bike is maintained and put together. “It really comes down to how well it’s adjusted,” says Adam Hahn, a veteran mechanic at Downtube Bike Works in Upstate, NY. “You could take reasonably low-end parts, but if someone who knows what they’re doing goes through and adjusts everything properly, it’s going to work better than a high-end system that’s just not adjusted.” You can end up with a $3,500 clunker if it’s not set up right.

Expensive models often offer more customization options when it comes to fit and performance, and without research or some help from someone who truly understands the tech, your ride could suffer.

Unless you’re intimately familiar with the engineering behind bike frame geometry, it can be difficult to quickly grok the difference between a cheap frame and something more exotic. At the very basic level—under $150—you can still largely expect a steel frame. “For many years, steel was the most common frame material for bikes,” says Hahn.

There are high-end steel bikes, but they typically employ a robust alloy like chromoly rather than the cheap steel tubing typically found in bikes built for kids to use one summer and then get rid of.

Above $150, you typically move into aluminum frames, even at the department store. Aluminum frames typically employ fatter tubes than steel bikes because the material itself isn’t nearly as strong or as stiff as steel. Because aluminum is only one-third the density, however, makers can use more metal for a stiffer ride while still keeping the overall weight down.

Riders found early aluminum bikes overly flexy compared to steel, and some manufacturers over-adjusted to make their bikes too stiff. Modern high-end aluminum bikes, however, use honed engineering practices to reinforce the areas that require more strength while allowing other areas of the bike to flex for a comfortable ride.

Many department store bikes still use old designs, however, which makes them stiff or uncomfortable when it comes to build quality.

Once you move into even higher tiers, you start to encounter frame materials such as titanium and carbon fiber in its many flavors. Generally speaking, they offer stronger, stiffer frames with drastically lower weight, which improves the overall efficiency of the ride.

On a more granular level, more expensive frames also have more consistency from unit to unit. “We have had $150 department store bikes come in because they aren’t working even though they’re brand new,” says Hahn. “It’s because things were bent right from the factory and didn’t line up.”

Full suspension bikes—with springs at the front and back—look burly enough to handle a brisk romp through a small boulder field. Dig into the documentation that comes with some department store mountain bikes, however, and you’ll find that many of them explicitly state that they’re not meant to endure heavy off-road riding or jumps.

In all kinds of full-suspension bikes, the idea is the same: As you go over bumps, part of the frame rotates around pivot points supported by a shock that absorbs the hits and springs everything back into place. Bikes at different levels, however, approach this task very differently.

Cheaper bikes typically rely on steel-coil springs. Riders can adjust them by rotating them in threaded collars near the mount. Keeping the coil compressed increases the spring rate so it takes more effort to squish the frame. That’s necessary for heavier riders, but it also affects the way the bike feels as you ride it. If the spring can’t rebound fast enough when going over a series of small bumps, it can change the bike’s geometry and lead to a rougher ride.

Higher-end models typically opt for air-spring shocks with hydraulic damping. A sealed chamber full of air surrounds a hydraulic piston with valves that control how much oil can go through. Air shocks are predictably much lighter than a model with a heavy steel spring around it. Air also provides considerably more tuning options, many of which you can adjust on the fly depending on the kind of riding you’re doing. If you plan on going off of big drops with hard landings, for example, you may want more squish to help absorb the blows.

The differences extend to the frame’s pivot points as well. “In the linkages where the moving parts of the suspension are, you’re going to find axles and bearings instead of cheaper bushings,” says Hahn. “That means less friction in the system for smoother movements. Sealed bearings are also much more resistant to weather and dirt getting in.”

Unless you move up a $3,000 ride with electronic shifting, most bikes use a similar system when it comes to shifting gears. “You have a spring-loaded derailleur with a cable that pulls against the spring,” says Hahn. “The cable pulls or releases the spring, which is attached to the derailleur, which moves the chain. We’ve had that for more than 70 years now.”

Pushing or pulling the chain is a precision movement, and that’s where the difference between cheap and expensive starts to creep in. “A $95 bike is going to have a derailleur that’s heavily plastic with metal only where it absolutely needs it,” says Hahn. “If your chain moves 4.7mm from one gear to the next gear, a cheap derailleur might have 2.5mm of slop in it from the factory, so you might have to battle it to go from six to seven.”

The difference appears in the gears themselves, too. The front chainring on cheap bikes typically uses rivets to attach a stamped metal chainring directly to the crank. If you mess up the teeth on your gear, you can’t simply swap it out with a few quick bolts like you can on a higher-end bike. That concept is true throughout the bike’s drivetrain. “When we see higher-quality parts is that the component itself becomes rebuildable. Instead of just replacing a whole derailleur or a crank, you can get the pivot spring or the pulley wheel and fix it,” says Hahn.

There are two types of brakes you can expect to find when buying a bike: rim brakes and disc brakes. Disc brakes have a metal rotor and caliper that sit close to the center of the wheel around the hub. They were exclusively for expensive and high-end bikes for years, but in the past decade, they have become commonplace in both road and mountain bikes. More advanced disc brakes use hydraulics in order to activate the calipers, but cheaper models sometimes still rely on a cable pulling the pads into place—these are called mechanical disc brakes.

Hydraulic disc brakes offer the most stopping power, which is why you’ll typically find them—often paired with massive 8-inch rotors—equipped onto bikes built for extreme riding like downhill MTB racing. “A hydraulic disc brake isn’t going to lose power going down a descent as easily as a rim brake or cable disc brake,” says Hahn. “If you have a thousand-foot descent, the hand strength required from you at the bottom of the hill is the same as the strength required at the top.” Disc brakes also typically perform better in the wet since they use metallic or synthetic pads that don’t lose traction when they get wet or dirty.

Despite the advantages of discs, you can’t write off rim brakes completely. “Rim breaks worked just fine for generations,” says Hahn. Ride them hard, however, and you can burn through those pads rather quickly.

Stan Horaczek is the senior gear editor at Popular Science and Popular Photography. His past bylines include Rolling Stone, Engadget, Men's Journal, GQ, and just about any other publication that has ever written about gadgets. For a short time, he even wrote the gadget page for Every Day With Rachel Ray magazine. He collects vintage cameras, eats pizza, and hopes you won't go looking at his Tweets even though the link is here.