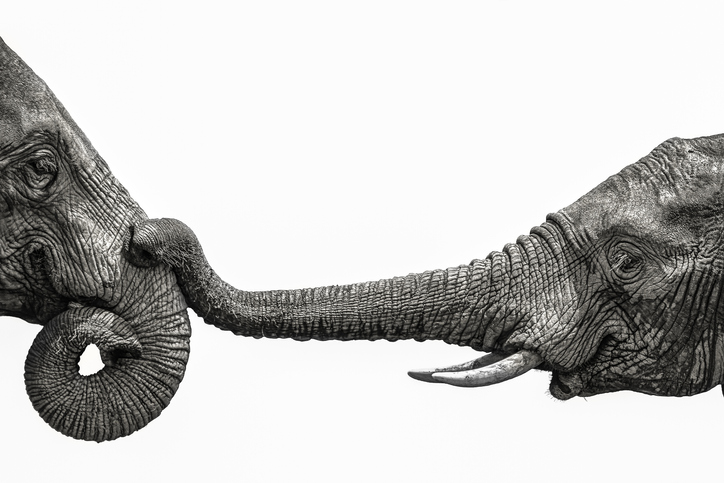 In 1973, America watched as then President Richard Nixon vehemently declared on national television, “I am not a crook” in regards to the Watergate scandal.

Not many people believed him.

In fact, as soon as he uttered the word “crook,” most people immediately envisioned a crook.

The major mistake Nixon made was in his framing. By saying the word “crook,” he evoked an image, experience, or knowledge associated with crook in the minds of everyone watching. Even by negating a frame–like Nixon was doing–framing is so influential that the frame first gets activated, then becomes stronger.

George Lakoff, a professor in cognitive science and linguistics at University of California, Berkeley, makes the point in his book Don’t Think of an Elephant! that when trying to get your point across, refrain from using the other side’s language. Doing so will activate and strengthen their frames and undermine your own views. Instead, successfully arguing a point requires you to establish your own frames and use language that evokes images and ideas that fit the worldview you want.

It’s All In How You Frame It

So, exactly what is a frame?

“A frame is a mental structure that is represented in the brain by neural circuitry,” Lakoff explains. Frames shape the way people see the world, and consequently, the goals we seek and the choices that we make.

Think about it this way: Something that has a “95 percent effective rate” will sell better than something with a “5 percent failure rate.” It’s all in how you frame it.

Although we can’t see or hear frames, they’re extremely powerful because most of our actions are based on the unconscious and metaphorical frames we already have in place. That is, once a frame’s architecture is in place, the boundaries of that frame and the associations of that frame are all taken into account in our decision making.

“The most common frames are learned as a toddler when you learn about the world,” says Lakoff, “and every time a neural circuit is used, it strengthens.” So it’s not surprising that frames are relatively fixed, and reframing takes quite a bit of dedication and time.

Lakoff emphasized in his book that reframing is not about spinning and manipulating the other party, but rather learning to express what you believe in your own language, within your own frameworks.

Because subtle differences in languages might shape our thoughts and change how we experience reality, learning a new language can activate new frames. Quite simply, speaking differently requires thinking differently.

The Language Used By Political Parties

According to Lakoff, conservatives have a better grasp on the basic principles of framing than progressives do. As a result, conservatives are more successful at getting their message across.

One example Lakoff mentions in his book is George W. Bush’s usage of the phrase “tax relief” on the day he arrived in the White House. Consider the framing around the word “relief.”

For there to be relief, there must be an affliction, an afflicted party, and a reliever who removes the affliction and is therefore a hero. And if people try to stop the hero, those people are villains for trying to prevent relief. When the word tax is added to relief, the result is a metaphor: Taxation is an affliction. And the person who takes it away is a hero, and anyone who tries to stop him is a bad guy. This is a frame. It is made up of ideas, like affliction and hero.

Another example Lakoff mentions in his book is when Bush proclaimed in his State of the Union address in January 2005 that “we do not need a permission slip to defend America.” Consider what Bush is saying here. Sure, he could have said, “we won’t ask permission,” but saying “permission slip” evokes the adult-child metaphor, which aligns with conservatives’ strict father worldview, according to Lakoff.

As head of the family, the strict father that serves as conservatives’ framework is responsible for protecting and supporting the family and teaching his children right from wrong. The rationale in this family model, explains Lakoff, is that the only way to teach kids right from wrong is through punishment and discipline. In this family model, if children are taught discipline, they will grow up to be responsible grownups and will become prosperous and self-reliant. Once adulthood is reached, the strict father, which is a metaphor for the government, is not to meddle in the children’s lives. This is how the strict father model links morality with prosperity and individual responsibility with the pursuit of self-interest. The underlying framing here is that if everyone pursues their own profit, the entire system will then be prosperous. In contrast, not pursuing your own profit means you’re screwing up the system.

Lakoff continues in his book:

According to Lakoff, progressives’ framework of the nurturant parent just isn’t as deeply embedded because it’s missing the moral importance that conservatives weave so tightly throughout the architecture of theirs. In other words, the dots are there, but a frame doesn’t exist to connect them. And remember, people think–and vote–in frames.

Vivian Giang is a business writer of gender conversations, leadership, entrepreneurship, workplace psychology, and whatever else she finds interesting related to work and play. You can find her on Twitter at @vivian_giang.