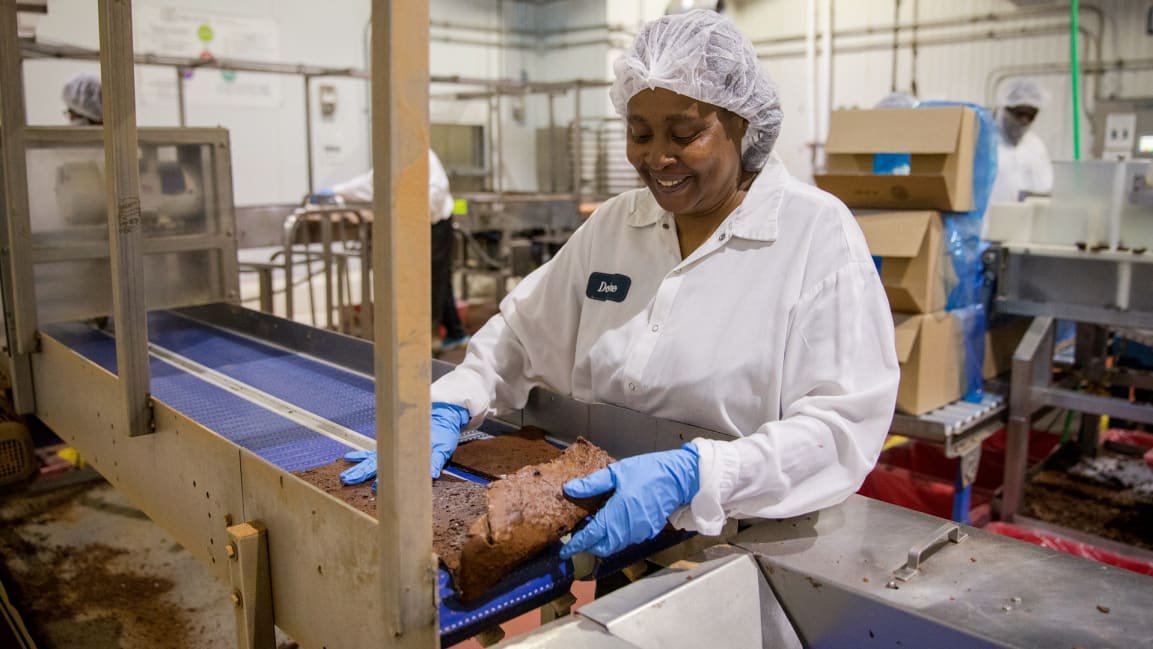 Around 25 years ago, Ty Hookway, founder of the upstate New York-based janitorial services company CleanCraft, was driving past one of their client’s houses when he noticed one of his workers’ cars parked in front. It was late–around 11 p.m.–so Hookway stopped to check in and see if everything was okay. Inside, he saw Sanford Coley, a man he’d recently hired, vacuuming. It was hot, and Coley was wearing shorts, not the CleanCraft uniform pants, and when Hookway looked down he noticed a band around Coley’s ankle. “I didn’t know what it was, so I asked him, and he told me it was an ankle monitor.” Years earlier, Coley had robbed a bank.

“We did background checks–I don’t know how I missed it,” Hookway says. But Coley was a good worker and trustworthy; Hookway didn’t want to fire him. So he didn’t. Today, Coley is a manager at CleanCraft. “I’ve got around 50 stories like that,” Hookway says. Over the course of his time running his company, he’s found that giving jobs to people with barriers to employment like a criminal record, a practice often called fair hiring or second-chance hiring, has proven to be good for his business.

In general, he says, when people like Coley come on the job, they work hard, knowing that in labor landscape that overwhelmingly turns its back on ex-offenders–just 12.5 percent of employers say they will accept applications from someone with a record–they’ve found a fortunate situation. Soon, the lines between workers with a criminal record and those without blur. 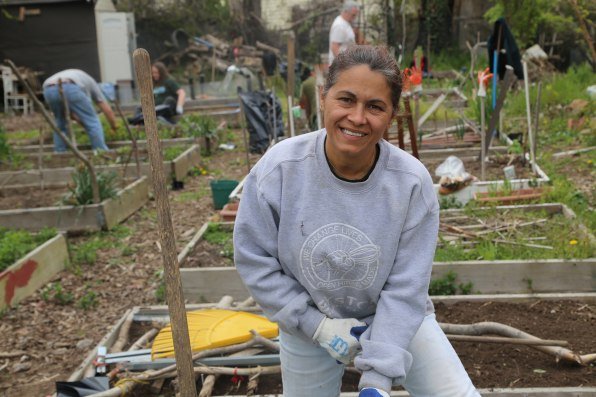 While Hookway still performs the usual screening processes like background checks and drug tests, he takes a more holistic view when deciding to offer someone a job, prioritizing an individuals’ work experience, personality, and how well it seems they’d fit with the team and meet the demands of employment. Around 40 of his workers currently showed something in their background checks that would give other employers pause, but Hookway has found his practice of taking a chance to pay dividends–both for workers, and for his company. Since launching with four employees, CleanCraft now numbers around 400 workers.

And yet, while Hookway sees his business growing along with his willingness to take a chance on unconventional hires, for the most part, when he talks to other employers, “people think I’m crazy,” he says. “I didn’t even tell my customers sometimes–I just figured I took a risk that I wanted to take, and if something happened I would pay for it myself.” It wasn’t until Hookway attended a conscious capitalism summit in Philadelphia five years ago and met Mike Brady, CEO of the social enterprise Greyston Bakery, that he realized that not only was he not alone in his hiring ethos, but his strategy barely even scratched the surface of what was possible in the practice of fair hiring.

Greyston was founded 36 years ago in Yonkers, New York, by Bernie Glassman, who practiced Zen Buddhism and pioneered the practice of Open Hiring (which Greyston has since trademarked). “Greyston was founded on the idea that a profitable business could be the backbone of ethical practice,” Brady says. The company’s slogan reads “we don’t hire people to bake brownies, we bake brownies to hire people,” and indeed the concept is that simple. Anyone who asks for a job at Greyston’s Bakery will get one. It may take a little while–people sign up on a list, and when there’s a job opening, they’ll be contacted in the order in which they signed up. That’s it. The company does not use background checks, drug tests, or interviews; hiring is done on the basis of faith that if someone is given a job, they will do it, and their skills and salaries will grow as they work.

At Greyston, which currently employs 130 people, open hiring creates a pipeline for careers on the bakery’s manufacturing floor and throughout the rest of the company’s operations. People who are given a job start off as apprentices, during which they go through a 10-month job training and life-skills course. Around half the people who begin an apprenticeship choose to complete it and stay at Greyston, and when they do, they’re then assigned an entry-level job–working the mixing machines or overseeing the slicing and packaging of different-sized brownies for distribution.

The company helps individual employees develop a career path, and provides them the support–whether it be additional job training or a GED course–to follow it. Dion Drew, for instance, joined the team as an apprentice in 2009, and, after a number of promotions, is now a supervisor and new-hire manager. Delaney Philogene started as an apprentice at Greyston, moved on to the assembly line, then secured a job as an accountant with the company, and now works as an accountant for another. The idea, Brady says, is to equip people with both life and job skills that they could use to advance at Greyston, or take on to other companies. Either way, when people advance, it creates more space for more people to join as apprentices and begin their own careers. 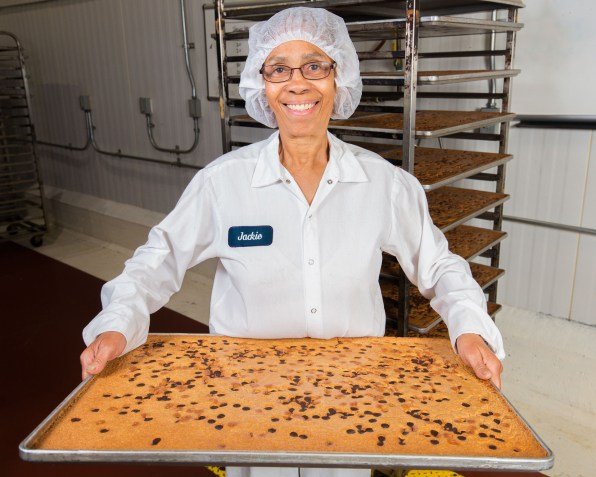 With an annual revenue of over $20 million and distribution partnerships with companies like Whole Foods and Ben & Jerry’s, which has been using Greyston brownies in their flavors since 1988, when it launched Chocolate Fudge Brownie, the company has proven its practice of open hiring to be economically viable for a business. And this summer, it launched the Center for Open Hiring out of its offices in Yonkers to educate more companies about how to implement the practice.

At the center, which is still in the early stages, companies will be able to bring their leadership and HR teams through to train with Brady and Greyston managers, who will educate them about the benefits of open hiring, and how it could work in different settings. The center will provide ongoing support to companies as they work to implement the model. CleanCraft was one of the first partner businesses to sign on; to date, 14 other organizations, including Unilever and the Stern School of Business at NYU, have joined the Center.

For Hookway, working closely with Greyston through the center will help him codify and scale up a practice that he’s worked to advance, just not in a formalized manner. “We’ve done the best we can, but we don’t really have a process–it’s case by case,” he says. What appeals to him about Greyston’s model is that “they have a real set of standards for how to do things and how to treat everyone individually.” Hookway hopes to build out an established pipeline–like Greyston’s list–to broaden the reach of open hiring at CleanCraft.

Other employers will be starting from scratch. One is Ben & Jerry’s, which despite working for decades with Greyston and long admiring their hiring practices has not yet attempted to implemented open hiring. According to Sean Greenwood, head of public relations for the ice-cream company, that will soon change, slowly. A few years ago, Greenwood says, Ben & Jerry’s removed the check-box indicating a criminal record on their job applications, which was inspired by their partnership with Greyston, and over the last year they’ve begun to implement open hiring on a small scale in their manufacturing facilities in Vermont, like at Greyson. “There are a handful of folks who work at our two sites who are part of this concept of embracing folks through open hiring,” Greenwood says. “It’s still in its infancy,” he adds, but through working with the Center at Greyston, they intend to scale it up.

In essence, Brady and the team at Greyston launched the Center for Open Hiring to break down what they’ve found to be a sticking point in the wide-scale adoption of this practice. While plenty of companies–like Ben & Jerry’s–admire Greyston’s hiring practices, they’ve historically balked at implementing them in their own businesses. Brady thinks its time for that to change, and that there’s both an economic and social imperative to do so.

Currently, 5.4 million people in the U.S. want a job but can’t secure one; according to the Ella Baker Center for Human Rights, around 75 percent of formerly incarcerated people struggle to find work. Lack of access to employment and incarceration in the U.S. go hand in hand, but Brady believes that open hiring proves they do not have to. In a sense, it comes down to pure math: It costs around $30,000 a year to incarcerate a single person. Imagine if that money was used instead to pay someone a living wage?

Especially in places like Yonkers, which is struggling with disinvestment after its textiles industry went under several decades ago, the idea is transformative. Greyston has employed 176 people from the poorest neighborhood in the city over its history, and, in doing so, it’s equipping people with the resources to remain in place and contribute to the local economy.

Of course, Brady says, it doesn’t always work out–a number of people have passed through Greyston’s open hiring system to find that the work was not for them, or that they couldn’t keep up with the demands of a fixed schedule.

But more often than not, open hiring leads to the same type of dedication Hookway saw in his own practice of giving people a chance. Brady feels that there are numerous, often overlooked avenues for introducing open hiring at companies. Janitorial services companies like CleanCraft are an obvious fit, but for larger companies, mail services, cafeteria staff, and other administrative work could all potentially work with an open hiring model. Specifically, he says, if companies are now choosing to outsource jobs to third-party contracting agencies, they should instead consider bringing them back in-house to provide a pipeline of opportunity to a wider range of people. 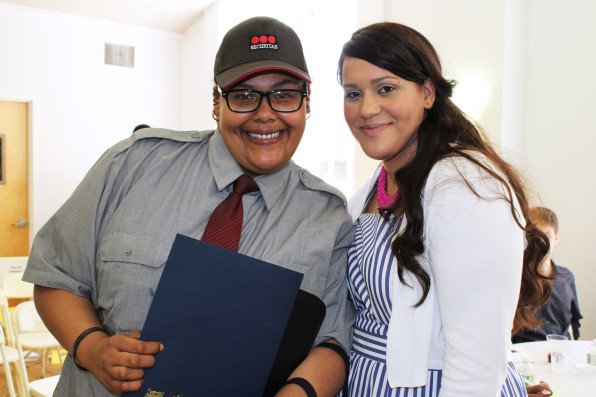 In doing so, they might see some benefits: While the annual employee turnover rate in similar manufacturing and production industries hovers between 30 and 70 percent, at the Greyston bakery, it’s just around 12 percent. Furthermore, because Greyston does away with the typical hiring process–which, between background checks and drug tests, can cost up to $4,500 per hire–it’s able to use the money saved to pay its employees a higher wage. While apprentices start at minimum wage, production supervisors, like Dion, earn a salary of around $65,000 with full benefits.

Brady recognizes that for many other companies, adopting open hiring will require a leap of faith, but he’s hopeful that the center will be able to serve as a resource for those employers that see the potential of the model, and are interested in bringing it to their communities. “We’ve gotten a lot of inbound interest,” Brady says, and especially as the spotlight turns increasingly on companies to affect real change across the socioeconomic spectrum in the communities in which they operate, open hiring could be a way for businesses to both expand opportunities for people–and grow their bottom lines in an unexpected way.