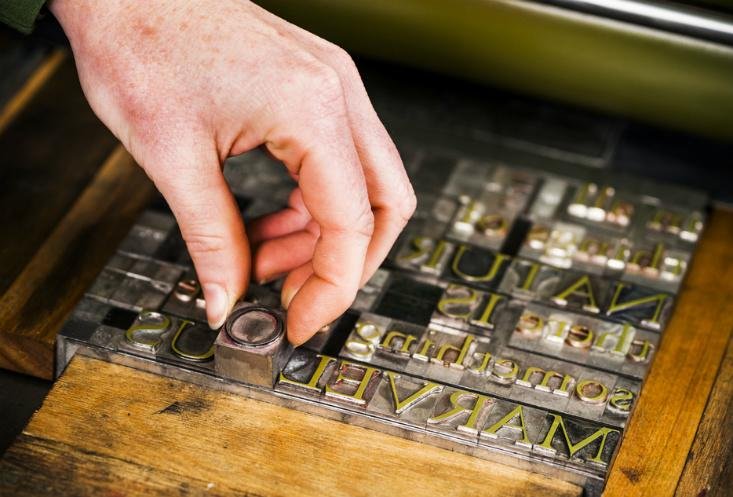 In most languages, sounds can be re-arranged into any number of combinations. Not so in Al-Sayyid Bedouin Sign Language. Photo by Brian Goodman / Shutterstock .

Languages, like human bodies, come in a variety of shapes—but only to a point. Just as people don’t sprout multiple heads, languages tend to veer away from certain forms that might spring from an imaginative mind. For example, one core property of human languages is known asduality of patterning : meaningful linguistic units (such as words) break down into smaller meaningless units (sounds), so that the wordssap ,pass , andasp involve different combinations of the same sounds, even though their meanings are completely unrelated.

It’s not hard to imagine that things could have been otherwise. In principle, we could have a language in which sounds relate holistically to their meanings—a high-pitched yowl might mean “finger,” a guttural purr might mean “dark,” a yodel might mean “broccoli,” and so on. But there are stark advantages to duality of patterning. Try inventing a lexicon of tens of thousands of distinct noises, all of which are easily distinguished, and you will probably find yourself wishing you could simply re-use a few snippets of sound in varying arrangements.

The sign for “lemon” resembles the motion of squeezing a lemon.

As Elizabeth Svoboda notes in her Nautilus article, “The Family That Couldn’t Say Hippopotamus,” the dominant thinking until fairly recently was that universal linguistic properties reflect genetic predispositions. Under this view, duality of patterning is much like an opposable thumb: It evolved within our species because it was advantageous, and now exists as part of our genetic heritage. We are born expecting language to have duality of patterning.

What to make, then, of the discovery of a language whose words are not made from smaller, meaningless units? Al-Sayyid Bedouin Sign Language (ABSL) is a new sign language emerging in a village with high rates of inherited deafness in Israel’s Negev Desert. According to a report led by Wendy Sandler of the University of Haifa, words in this language correspond to holistic gestures, much like the imaginary sound-based language described above, even though ABSL has a sizable vocabulary.

To linguists, this is akin to finding a planet on which matter is made up of molecules that don’t decompose into atoms. ABSL contrasts sharply with other sign languages like American Sign Language (ASL), which creates words by re-combining a small collection of gestural elements such as hand shapes, movements, and hand positions.

The documentary Voices From El-Sayed considered what would happen to the village when children living there started receiving cochlear implants.

ABSL provides fodder for researchers who reject the idea that there’s a genetic basis for the similarities found across languages. Instead, they argue, languages share certain properties because they all have to solve similar problems of communication under similar pressures, pressures that reflect the limits of human abilities to learn, remember, produce, and perceive information. The challenge, then, is to explain why ABSL is an outlier—if duality of patterning is the optimal solution to the problem of creating a large but manageable collection of words, why hasn’t ABSL made use of it?

One possible explanation is that the vocabulary of ABSL hasn’t yet reached a critical mass that would force it into a more combinatorial system for word-creation. This doesn’t look like the full story though. In a study by Tessa Verhoef of the University of Amsterdam, people tried to reproduce a mere 12 sounds of a “language” produced on a slide whistle. Each person’s attempts to replicate the language served as the new version of the language to be learned by the next subject, so that each new learner represented a “generation” in the life of the language. Over just 10 “generations,” learners began to change the original sounds to involve combined sequences of smaller sound patterns. The later iterations of the language were easier to learn than the original holistic sounds, suggesting there’s a learning advantage to breaking down even a very small number of complex sounds into smaller ingredients. In some cases, at least, duality of patterning kicks in at a surprisingly small number of “words.”

The signs of ABSL, though, may be easier to learn because many of them are concretely related to the things they symbolize—for example, the sign for “lemon” resembles the motion of squeezing a lemon. Another lab study led by Gareth Roberts of Yeshiva University found that both large vocabularies and abstract (as opposed to concrete) symbols encouraged the birth of duality of patterning in artificial languages. Concreteness may be easier to achieve in a gestural language than an auditory one, simply because you can illustrate more ideas using your hands than by making sounds with your mouth.

Researchers don’t yet have a clear answer for why ABSL looks as it does, but systematic lab studies may help solve this puzzle, as may the evolution of ABSL itself; Sandler and her colleagues see hints that ABSL is on the cusp of evolving a more combinatorial system. This intriguing language and the research it inspires may eventually tell us something profound about how languages emerge from the human mind, and why so many of them share some important similarities.

Julie Sedivy has taught linguistics and psychology at Brown University and the University of Calgary, and is the author of Language in Mind: An Introduction to Psycholinguistics.