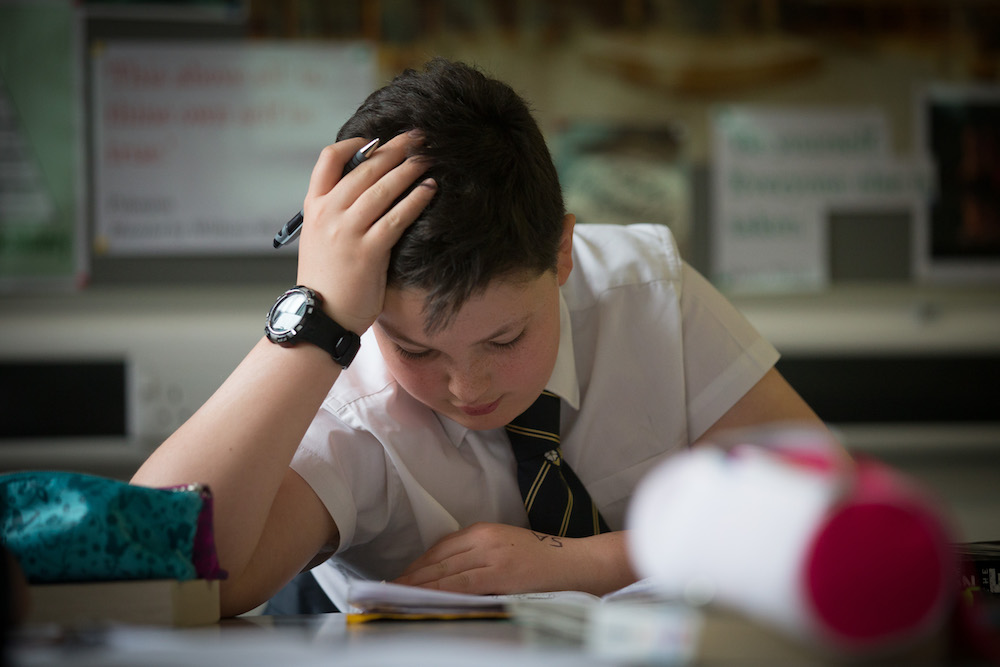 Dyslexia is not just about reading, or even language. It’s about something more fundamental: How much can the brain adapt to what it has just observed? People with dyslexia typically have less brain plasticity than those without dyslexia, two studies have found.

Though the studies measured people’s brain activity in two different ways and while performing different tasks, researchers at the Hebrew University of Israel, reporting in eLife, and researchers from MIT, reporting in Neuron, both found that dyslexics’ brains did not adapt as much to repeated stimuli, including spoken words, musical notes, and faces.

Both sets of researchers found that people with dyslexia more quickly forget recent events. This type of memory is called incidental or implicit memory, and includes anything you didn't know you needed to remember when it happened. Because of how quickly their implicit memory fades, dyslexics' brains don't adapt as much after reading or hearing something repeatedly—which is perhaps why it is harder for their brains to process the words they read.

Your brain generally benefits from repetition because it relates a stimulus to what you've already experienced—like a note you have heard before or a face you’ve seen. Researchers can see this by measuring brain response with electroencephalography (EEG), a noninvasive way of measuring electrical activity in the brain by attaching electrodes to your scalp. Measured by EEG, people’s brain responses decrease when they’ve heard a repeated note. The brain gets more efficient with repetition: It knows something about the note already, so it doesn’t have to work as hard to capture all of its details. It’s a bit like when you see an animal and recognize right away that it’s a dog without having to catalogue all of the things that make it a dog. Your brain is efficient at recognizing dogs because you’ve seen them before.

In the Hebrew University study, led by Merav Ahissar, researchers gave subjects a musical task: The researchers played two different notes and asked which was higher. Previous research has found that people do better on this task when one of the notes is a repeat of a note they’ve heard recently. But Ahissar found that people with dyslexia did not benefit as much from the repetition. When a tone was repeated only three seconds after the "anchor" tone, they got some benefit, but not after nine seconds had elapsed. And when Ahissar’s team measured dyslexic people’s brain responses with EEG, their brain responses didn’t decrease. Their brains didn’t get any more efficient—they were less adaptable.

“It was a big surprise for us,” Gabrieli tells mental_floss, “because people with reading disorders don't typically have any problems with faces or objects.” Next, Gabrieli is curious to look into whether the effects of dyslexia on brain plasticity are limited to hearing and vision, or whether they also extend to other senses like touch and smell.

Together, these studies build a better understanding of how dyslexia works, and because the two studies found the same result with different methods, their results are more convincing than a single study alone. But they also raise a new question: Why is dyslexia mainly noticeable in reading if it affects other types of memories as well?

Reading Is New—And Hard, from the Brain's Perspective

One theory is that reading is simply a difficult task. “We have a long evolutionary history in our brains for recognizing objects, recognizing faces," Gabrieli points out. That's not the case for reading. “There’s hardly a bigger challenge for brain plasticity than learning to read." More evolutionary time has allowed the brain to evolve redundant ways of accomplishing the same thing. Perhaps people with dyslexia are better at compensating for the memory gap for recognizing faces and spoken words because the brain has more alternate pathways for these processes than it does for reading.

Both Ahissar and Gabrieli are most excited that this research opens up new ways of studying—and perhaps someday treating—dyslexia. If dyslexia is a condition of reading and language only, as previously believed, “we cannot study it in animals,” Ahissar tells mental_floss. On the other hand, if it’s a condition of brain plasticity, we can—in fact, plasticity has been extensively studied in animals, and neuroscientists know a lot about it.

Someday, Gabrieli says, it may even be possible to develop drugs that would treat dyslexia by promoting brain plasticity, although researchers would have to be careful both practically and ethically.

“We can’t imagine developing a drug that would enhance language directly—that's too complicated," he notes. "But brain plasticity is something that neuroscientists are making amazing progress on.”