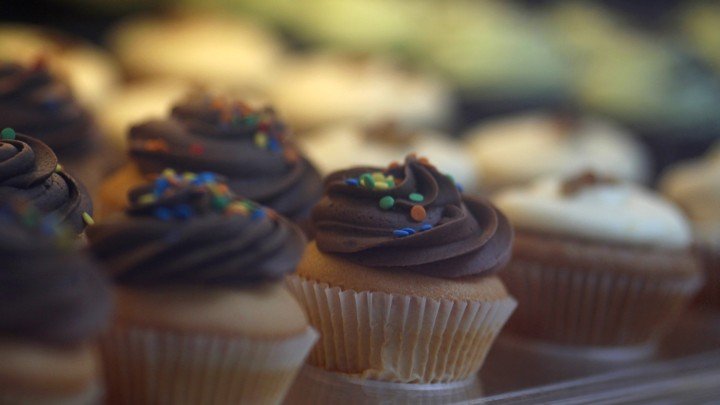 In recent years, Alzheimer’s disease has occasionally been referred to as “type 3” diabetes, though that moniker doesn’t make much sense. After all, though they share a problem with insulin, type 1 diabetes is an autoimmune disease, and type 2 diabetes is a chronic disease caused by diet. Instead of another type of diabetes, it’s increasingly looking like Alzheimer’s is another potential side effect of a sugary, Western-style diet.

In some cases, the path from sugar to Alzheimer’s leads through type 2 diabetes, but as a new study and others show, that’s not always the case.

A longitudinal study, published in the journal Diabetologia, followed 5,189 people over 10 years and found that people with high blood sugar had a faster rate of cognitive decline than those with normal blood sugar—whether or not their blood-sugar level technically made them diabetic. In other words, the higher the blood sugar, the faster the cognitive decline.

“Dementia is one of the most prevalent psychiatric conditions strongly associated with poor quality of later life,” said the lead author, Wuxiang Xie at Imperial College London, via email. “Currently, dementia is not curable, which makes it very important to study risk factors.”

Melissa Schilling, a professor at New York University, performed her own review of studies connecting diabetes to Alzheimer’s in 2016. She sought to reconcile two confusing trends. People who have type 2 diabetes are about twice as likely to get Alzheimer’s, and people who have diabetes and are treated with insulin are also more likely to get Alzheimer’s, suggesting elevated insulin plays a role in Alzheimer’s. In fact, many studies have found that elevated insulin, or “hyperinsulinemia,” significantly increases your risk of Alzheimer’s. On the other hand, people with type 1 diabetes, who don’t make insulin at all, are also thought to have a higher risk of Alzheimer’s. How could these both be true?

Schilling posits this happens because of the insulin-degrading enzyme, a product of insulin that breaks down both insulin and amyloid proteins in the brain—the same proteins that clump up and lead to Alzheimer’s disease. People who don’t have enough insulin, like those whose bodies’ ability to produce insulin has been tapped out by diabetes, aren’t going to make enough of this enzyme to break up those brain clumps. Meanwhile, in people who use insulin to treat their diabetes and end up with a surplus of insulin, most of this enzyme gets used up breaking that insulin down, leaving not enough enzyme to address those amyloid brain clumps.

According to Schilling, this can happen even in people who don’t have diabetes yet—who are in a state known as “prediabetes.” It simply means your blood sugar is higher than normal, and it’s something that affects roughly 86 million Americans.

Schilling is not primarily a medical researcher; she’s just interested in the topic. But Rosebud Roberts, a professor of epidemiology and neurology at the Mayo Clinic, agreed with her interpretation.

In a 2012 study, Roberts broke nearly 1,000 people down into four groups based on how much of their diet came from carbohydrates. The group that ate the most carbs had an 80 percent higher chance of developing mild cognitive impairment—a pit stop on the way to dementia—than those who ate the smallest amount of carbs. People with mild cognitive impairment, or MCI, can dress and feed themselves, but they have trouble with more complex tasks. Intervening in MCI can help prevent dementia.

Rebecca Gottesman, a professor of neurology at Johns Hopkins, cautions that the findings on carbs aren’t as well-established as those on diabetes. “It’s hard to be sure at this stage, what an ‘ideal’ diet would look like,” she said. “There’s a suggestion that a Mediterranean diet, for example, may be good for brain health.”

But she says there are several theories out there to explain the connection between high blood sugar and dementia. Diabetes can also weaken the blood vessels, which increases the likelihood that you’ll have ministrokes in the brain, causing various forms of dementia. A high intake of simple sugars can make cells, including those in the brain, insulin resistant, which could cause the brain cells to die. Meanwhile, eating too much in general can cause obesity. The extra fat in obese people releases cytokines, or inflammatory proteins that can also contribute to cognitive deterioration, Roberts said. In one study by Gottesman, obesity doubled a person’s risk of having elevated amyloid proteins in their brains later in life.

Roberts said that people with type 1 diabetes are mainly only at risk if their insulin is so poorly controlled that they have hypoglycemic episodes. But even people who don’t have any kind of diabetes should watch their sugar intake, she said.

“Just because you don’t have type 2 diabetes doesn’t mean you can eat whatever carbs you want,” she said. “Especially if you’re not active.” What we eat, she added, is “a big factor in maintaining control of our destiny.” Roberts said this new study by Xie is interesting because it also shows an association between prediabetes and cognitive decline.

That’s an important point that often gets forgotten in discussions of Alzheimer’s. It’s such a horrible disease that it can be tempting to dismiss it as inevitable. And, of course, there are genetic and other, non-nutritional factors that contribute to its progression. But, as these and other researchers point out, decisions we make about food are one risk factor we can control. And it’s starting to look like decisions we make while we’re still relatively young can affect our future cognitive health.

“Alzheimer’s is like a slow-burning fire that you don’t see when it starts,” Schilling said. It takes time for clumps to form and for cognition to begin to deteriorate. “By the time you see the signs, it’s way too late to put out the fire.”