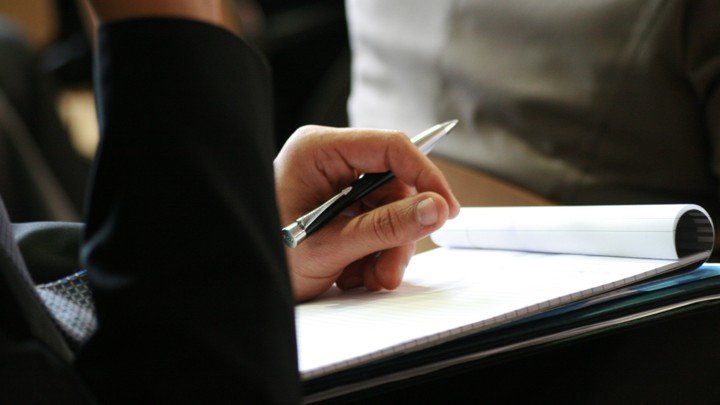 “Persistence is one of the great characteristics of a pitbull, and I guess owners take after their dogs,” says Annetta Cheek, the co-founder of the D.C.-based nonprofit Center for Plain Language. Cheek, an anthropologist by training who left academia in the early 1980s to work for the Federal Aviation Commission, is responsible for something few people realize exists: the 2010 Plain Writing Act. In fact, Cheek was among the first government employees to champion the use of clear, concise language. Once she retired in 2007 from the FAA and gained the freedom to lobby, she leveraged her hatred for gobbledygook to create an actual law. Take a look at recent information put out by many government agencies such as the Department of Veterans Affairs, the Department of Health and Human Services, and the Consumer Financial Protection Bureau—if it lacks needlessly complex sentences or bizarre bureaucratic jargon, it’s largely because of Cheek and her colleagues.

The idea that writing should be clear, concise, and low-jargon isn’t a new one—and it isn’t limited to government agencies, of course. The problem of needlessly complex writing—sometimes referred to as an “opaque writing style”—has been explored in fields ranging from law to science. Yet in academia, unwieldy writing has become something of a protected tradition. Take this example:

The work of the text is to literalize the signifiers of the first encounter, dismantling the ideal as an idol. In this literalization, the idolatrous deception of the first moment becomes readable. The ideal will reveal itself to be an idol. Step by step, the ideal is pursued by a devouring doppelganger, tearing apart all transcendence. This de-idealization follows the path of reification, or, to invoke Augustine, the path of carnalization of the spiritual. Rhetorically, this is effected through literalization. A Sentimental Education does little more than elaborate the progressive literalization of the Annunciation.

That little doozy appears in Barbara Vinken’s Flaubert Postsecular: Modernity Crossed Out, published by Stanford University Press, and was recently posted to a listserv used by clear-language zealots—many of whom are highly qualified academics who are willing to call their colleagues out for being habitual offenders of opaque writing. Yet the battle to make clear and elegant prose the new status quo is far from won.

Last year, Harvard’s Steven Pinker (who’s also written about his grammar peeves for The Atlantic) authored an article for The Chronicle of Higher Education in which he used adjectives like “turgid, soggy, wooden, bloated, clumsy, obscure, unpleasant to read, and impossible to understand” to describe academic writing. In an email, Pinker told me that the reaction to his article “has been completely positive, which is not the typical reaction to articles I write, and particularly surprising given my deliberately impolite tone.” (He didn’t, however, read all of the 360-plus comments, many of which were anything but warm and fuzzy.) A couple of weeks later, The Chronicle had a little fun with with a follow-up to Pinker’s article, inviting researchers to tweet an explanation of their research using only emoji:

In 2006, Daniel Oppenheimer, then a professor of psychology and public affairs at Princeton University, published research arguing that the use of clear, simple words over needlessly complex ones can actually make authors appear more intelligent. The research garnered him the Ig Nobel Prize in literature—a parody of the Nobel Prize that, according to a Slate article by the awards’ creator, Marc Abrahams, and several academics I consulted, is always given to improbable research and sometimes serves as a de facto criticism or satire in the academic world. (Oppenheimer for his part believes he got the award because of the paper’s title: “Consequences of Erudite Vernacular Utilized Irrespective of Necessity: Problems with Using Long Words Needlessly.” The title made readers laugh, he told me—and then think.) Ultimately, Oppenheimer says the attention the Ig Nobel brought to his research means it’s now being used to improve the work of students in academic writing centers around the country.

A disconnect between researchers and their audiences fuels the problem, according to Deborah S. Bosley, a clear-writing consultant and former University of North Carolina English professor. “Academics, in general, don’t think about the public; they don't think about the average person, and they don't even think about their students when they write,” she says. “Their intended audience is always their peers. That’s who they have to impress to get tenure.” But Bosley, who has a doctorate in rhetoric and writing, says that academic prose is often so riddled with professional jargon and needlessly complex syntax that even someone with a Ph.D. can’t understand a fellow Ph.D.’s work unless he or she comes from the very same discipline.

A nonacademic might think the campaign against opaque writing is a no-brainer; of course, researchers should want to maximize comprehension of their work. Cynics charge, however, that academics play an elitist game with their words: They want to exclude interlopers. Others say that academics have traditionally been forced to write in an opaque style to be taken seriously by the gatekeepers—academic journal editors, for example. The main reason, though, may not be as sinister or calculated. Pinker, a cognitive scientist, says it boils down to “brain training”: the years of deep study required of academics to become specialists in their chosen fields actually work against them being able to unpack their complicated ideas in a coherent, concrete manner suitable for average folks. Translation: Experts find it really hard to be simple and straightforward when writing about their expertise. He calls this the “curse of knowledge” and says academics aren’t aware they’re doing it or properly trained to identify their blindspots—when they know too much and struggle to ascertain what others don’t know. In other words, sometimes it’s simply more intellectually challenging to write clearly. “It’s easy to be complex, it’s harder to be simple,” Bosley said. “It would make academics better researchers and better writers, though, if they had to translate their thinking into plain language.” It would probably also mean more people, including colleagues, would read their work.

Some research funders, such as National Institutes of Health and The Wellcome Trust, have mandated in recent years that studies they finance be published in open-access journals, but they’ve given little attention to ensuring those studies include accessible writing. “NIH has no policies for grantees that dictate the style of writing they use in their research publications,” a spokesperson told me in an emailed statement. “We do advise applicants about the importance of using plain language in sections of the application that, if funded, will become public on the RePORT website.”

Bosley is ever so slightly optimistic for a future of clear academic writing, though. “Professors hate rules for themselves,” she says. “They become academics because it’s almost like being an entrepreneur. So academia isn’t like government or private business where laws or mandates work. But if we get more people like Pinker taking a stand on this, the culture could change.”

Indeed, there are an increasing number of academics taking it upon themselves to blog, tweet or try other means to convey their research to wider audiences. The news site TheConversation.com, for example, sources authors and stories from the academic and research communities. Academics get the byline but are edited by journalists adept at making complex research clear and writing palatable, according to the outlet’s managing editor, Maria Balinska. “We see a real interest among academics across the board in what we’re doing,” Balinska says. “Our editing process is rigorous, but they still want to learn how to communicate their research and reach more people.” She says The Conversation, which is being piloted in the U.S. and currently features articles by 1,500 academics from 300 institutions, is already getting hundreds of thousands of unique visitors each month mostly through word of mouth and social media.

Will this kind of interest in communicating about research by some academics help change status-quo academic writing? “Believe it or not,” when compared to their peers in other parts of the world, “U.S. academics are probably the most open to the idea of accessible language,” says Bosley. “I gave a presentation in France and academics there flat out told me that academics shouldn’t write to express, they should write to impress.” Bosley says bucking tradition and championing the clear-writing cause would be to an academic’s advantage, to a university’s advantage, and certainly to the public’s advantage. “Here in the U.S. at least we’re seeing some academics acknowledge this reality.”

But don’t look for the clear-writing pitbull Cheek to solve this problem. She’s working on one more bill that calls for government regulations—not just info put out by agencies—to be written in clear language. Another try at getting that legislation passed and she’s truly retiring.“I think the government is easier to change than academics,” says Cheek. “I’m not going to get into a battle with academia.”

Victoria Clayton is a writer based in southern California. Her work has appeared in The Los Angeles Times and MSNBC.com.
Make your inbox more interesting: Sign up here for The Atlantic's daily newsletter.