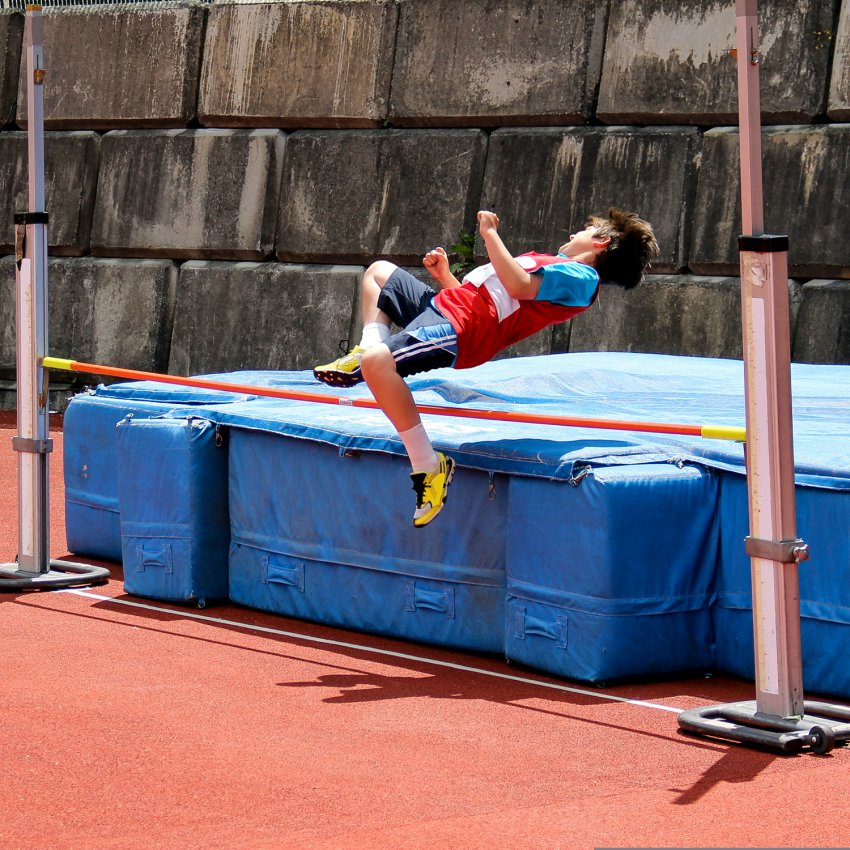 Amelia Boone, the world-champion Spartan racer, is a Type A pusher. When she’s not winning Spartan events or racing ultramarathons, she’s a corporate lawyer for Apple. Boone has always set high expectations for herself, and that has undoubtedly helped propel her to the top.

But after a string of serious injuries in 2016, including a femoral stress fracture, her athletic performance declined. At first, Boone expected to recover quickly from her injury. When that didn’t happen, she was disappointed. Once she finally recovered from the injury itself — slowly, over the course of many months — Boone found that she had “underestimated the length of time needed to rebuild as an athlete after a year on the sidelines,” she told me. Disappointment yet again.

The problem with placing too much emphasis on your expectations — especially when they are exceedingly high — is that if you don’t meet them, you’re liable to feel sad, perhaps even burned out.

Striving for big, hard-to-reach goals is good. Up to a point.

In a recent blog post reflecting on her experience, Boone writes that she was tempted to wait until she felt fully ready to race again, “until I’d regained all the strength I’d lost, until my running paces had come back, until I was sure I could go out there and dominate.” But she realized this attitude may have been setting her up for even further disappointment. What if she never felt fully ready? What if her strength and running paces never completely returned?

“[I realized] I could set aside my ego, toe the start line feeling less than confident, and accept what my current limitations were,” writes Boone. “I could accept that I’m rusty, accept that I’m scared, and accept that the results may not be what I like. Essentially, I could accept where I am in the process and be okay with that. There’s freedom in realizing your expectations are only constructs you create in your own head.”

The problem with placing too much emphasis on your expectations — especially when they are exceedingly high — is that if you don’t meet them, you’re liable to feel sad, perhaps even burned out. This isn’t to say that you shouldn’t strive for excellence, but there’s wisdom in not letting perfect be the enemy of good.

In 2006, epidemiologists from the University of Southern Denmark set out to explore why citizens of Denmark consistently score higher than any other Western country on measures of life satisfaction. Their findings, published in the medical journal BMJ (formerly the British Medical Journal), zeroed in on the importance of expectations. “If expectations are unrealistically high they could be the basis of disappointment and low life satisfaction,” write the authors. “While the Danes are very satisfied, their expectations [compared to other countries] are rather low.”

Happiness at any given moment equals reality minus expectations.

In a more recent study that included more than 18,000 participants and was published in 2014 in the Proceedings of the National Academy of Sciences, researchers from University College in London examined people’s happiness from moment to moment. They found that “momentary happiness in response to outcomes of a probabilistic reward task is not explained by current task earnings, but by the combined influence of the recent reward expectations and prediction errors arising from those expectations.” In other words: Happiness at any given moment equals reality minus expectations.

Still, it’s worth reiterating that setting high expectations is integral to personal, athletic, and professional improvement. If you don’t aim for progressively higher targets, you’re liable to stay where you are, or maybe even stagnate. But it’s equally important to realize that if you are setting unreasonably high expectations, you won’t be too happy (at least not for long), and it’s hard to be on top of your game when you’re feeling down. Another way to think about this is that, yes, you should set goals, but you should make sure they are achievable — and try not to stress over what you can’t control. And after you’ve set them, perhaps you should spend a little less time focusing on the goals (expectations) and more time on doing your best in the moment (reality).

In the words of Jason Fried, founder and CEO of software company Basecamp and author of multiple books on workplace performance: “I used to set expectations in my head all day long. But constantly measuring reality against an imagined reality is taxing and tiring, [and] often wrings the joy out of experiencing something for what it is.”