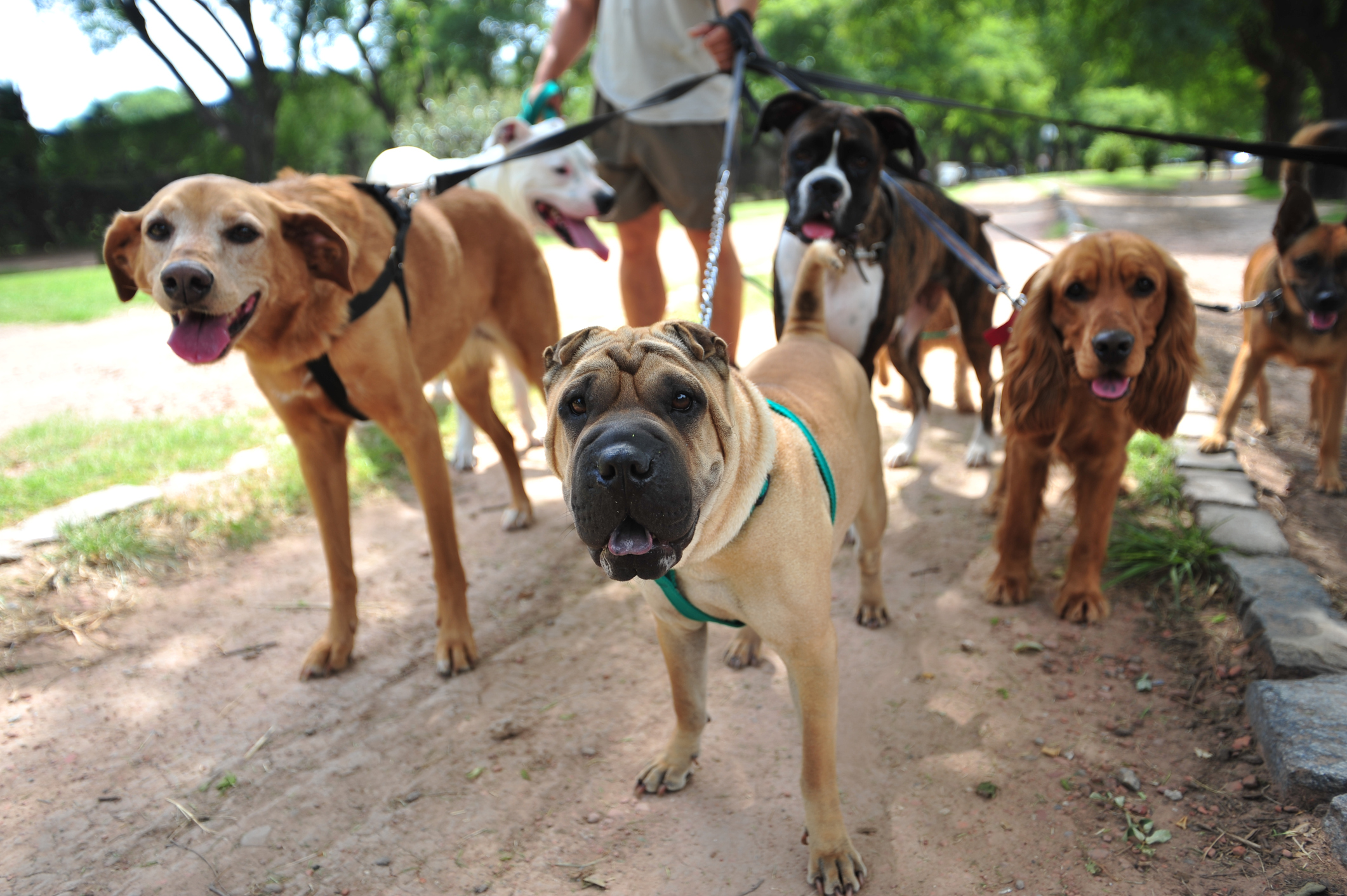 ‘The reality is people have pets in the millions. The question is: how we can help them care for them correctly and appropriately?’ Photograph: Getty Images

It was a Tupperware tub of live baby rats that made Dr Jessica Pierce start to question the idea of pet ownership. She was at her local branch of PetSmart, a pet store chain in the US, buying crickets for her daughter’s gecko. The baby rats, squeaking in their plastic container, were brought in by a man she believed was offering to sell them to the store as pets or as food for the resident snakes. She didn’t ask. But Pierce, a bioethicist, was troubled.

“Rats have a sense of empathy and there has been a lot of research on what happens when you take babies away from a mother rat – not surprisingly, they experience profound distress,” she says. “It was a slap in the face – how can we do this to animals?”

Pierce went on to write Run, Spot, Run, which outlines the case against pet ownership, in 2015. From the animals that become dog and cat food and the puppy farms churning out increasingly unhealthy purebred canines, to the goldfish sold by the bag and the crickets by the box, pet ownership is problematic because it denies animals the right of self-determination. Ultimately, we bring them into our lives because we want them, then we dictate what they eat, where they live, how they behave, how they look, even whether they get to keep their sex organs.

Treating animals as commodities isn’t new or shocking; humans have been meat-eaters and animal-skin-wearers for millennia. However, this is at odds with how we say we feel about our pets. The British pet industry is worth about £10.6bn; Americans spent more than $66bn (£50bn) on their pets in 2016. A survey earlier this year found that many British pet owners love their pet more than they love their partner (12%), their children (9%) or their best friend (24%). According to another study, 90% of pet-owning Britons think of their pet as a member of their family, with 16% listing their animals in the 2011 census.

“It is morally problematic, because more people are thinking of pets as people … They consider them part of their family, they think of them as their best friend, they wouldn’t sell them for a million dollars,” says Dr Hal Herzog, a professor of psychology at Western Carolina University and one of the founders of the budding field of anthrozoology, which examines human-animal relations. At the same time, research is revealing that the emotional lives of animals, even relatively “simple” animals such as goldfish, are far more complex and rich than we once thought (“dogs are people, too”, according to a 2013 New York Times comment piece by the neuroscientist Gregory Berns). “The logical consequence is that the more we attribute them with these characteristics, the less right we have to control every single aspect of their lives,” says Herzog.

Does this mean that, in 50 years or 100 years, we won’t have pets? Institutions that exploit animals, such as the circus, are shutting down – animal rights activists claimed a significant victory this year with the closure of Ringling Bros circus – and there are calls to end, or at least rethink, zoos. Meanwhile, the number of Britons who profess to be vegan is on the rise, skyrocketing 350% between 2006 and 2016.

Widespread petkeeping is a relatively recent phenomenon. Until the 19th century, most animals owned by households were working animals that lived alongside humans and were regarded unsentimentally. In 1698, for example, a Dorset farmer recorded in his diary: “My old dog Quon was killed and baked for his grease, which yielded 11lb.” However, in the 19th and 20th centuries, animals began to feature less in our increasingly urban environments and, as disposable income grew, pets became more desirable. Even as people began to dote on their pets, though, animal life was not attributed any intrinsic value. In Run, Spot, Run, Pierce reports that, in 1877, the city of New York rounded up 762 stray dogs and drowned them in the East River, shoving them into iron crates and lifting the crates by crane into the water. Veterinarian turned philosopher Bernard Rollin recalls pet owners in the 1960s putting their dog to sleep before going on holiday, reasoning that it was cheaper to get a new dog when they returned than to board the one they had.

More recently, however, several countries have moved to change the legal status of animals. In 2015, the government of New Zealand recognised animals as sentient beings, in effect declaring them no longer property (how this squares with New Zealand’s recent “war on possums” is unclear), as did the Canadian province of Quebec. While pets remain property in the UK, the Animal Welfare Act of 2006 stipulates that pet owners must provide a basic level of care for their animals. Pets are also property in the US, but 32 states, as well as Puerto Rico and Washington DC, now include provisions for pets under domestic violence protection orders. In 2001, Rhode Island changed its legislation to describe pet owners as “guardians”, a move that some animal rights’ advocates lauded (and others criticised for being nothing more than a change in name).

Before we congratulate ourselves on how far we have come, consider that 1.5m shelter animals – including 670,000 dogs and 860,000 cats – are euthanised each year in the US. The number of stray dogs euthanised annually in the UK is far lower – 3,463 – but the RSCPA says investigations into animal cruelty cases increased 5% year on year in 2016, to 400 calls a day.

“Can I stick my dog in a car and take him to the vet and say: ‘I don’t want him any more, kill him,’ or take him to a city shelter and say: ‘I can’t keep him any more, I hope you can find a home for him, good luck’?” says Gary Francione, a professor at Rutgers Law School in New Jersey and an animal rights advocate. “If you can still do that, if you still have the right to do that, then they are still property.”

Crucially, our animals can’t tell us whether they are happy being pets. “There is an illusion now that pets have more voice than in the past … but it is maybe more that we are putting words into their mouth,” Pierce says, pointing to the abundance of pets on social media plastered with witty projections written by their “parents”. “Maybe we are humanising them in a way that actually makes them invisible.”

If you accept the argument that pet ownership is morally questionable, how do you put the brakes on such a vast industry? While he was writing his 2010 book, Some We Love, Some We Hate, Some We Eat, Herzog was studying the motivations of animal rights activists and whether it was emotion or intellect that pushed them towards activism. One of the subjects, Herzog says, was “very, very logical”. After he had become a vegan, eschewed leather shoes and convinced his girlfriend to go vegan, he considered his pet cockatiel. “I remember; he looked up wistfully. He said he got the bird, took it outside, let it loose and it flew up,” Herzog recalls. “He said: ‘I knew she wouldn’t survive, that she probably starved. I guess I was doing it more for myself than for her.’”

Although Pierce and Francione agree that pet ownership is wrong, both of them have pets: Pierce has two dogs and a cat; Francione has six rescue dogs, whom he considers “refugees”. For now, the argument over whether we should own animals is largely theoretical: we do have pets and giving them up might cause more harm than good. Moreover, as Francione suggests, caring for pets seems to many people to be the one area where we can actually do right by animals; convincing people of the opposite is a hard sell.

Tim Wass, the chair of the Pet Charity, an animal welfare consultant and a former chief officer at the RSPCA, agrees. “It has already been decided by market forces and human nature … the reality is people have pets in the millions. The question is: how can we help them care for them correctly and appropriately?”

If the short history of pet ownership tells us anything, it is that our attitude towards animals is prone to change. “You see these rises and falls in our relationships with pets,” says Herzog. “In the long haul, I think petkeeping might fall out of fashion; I think it is possible that robots will take their place, or maybe pet owning will be for small numbers of people. Cultural trends come and go. The more we think of pets as people, the less ethical it is to keep them.”