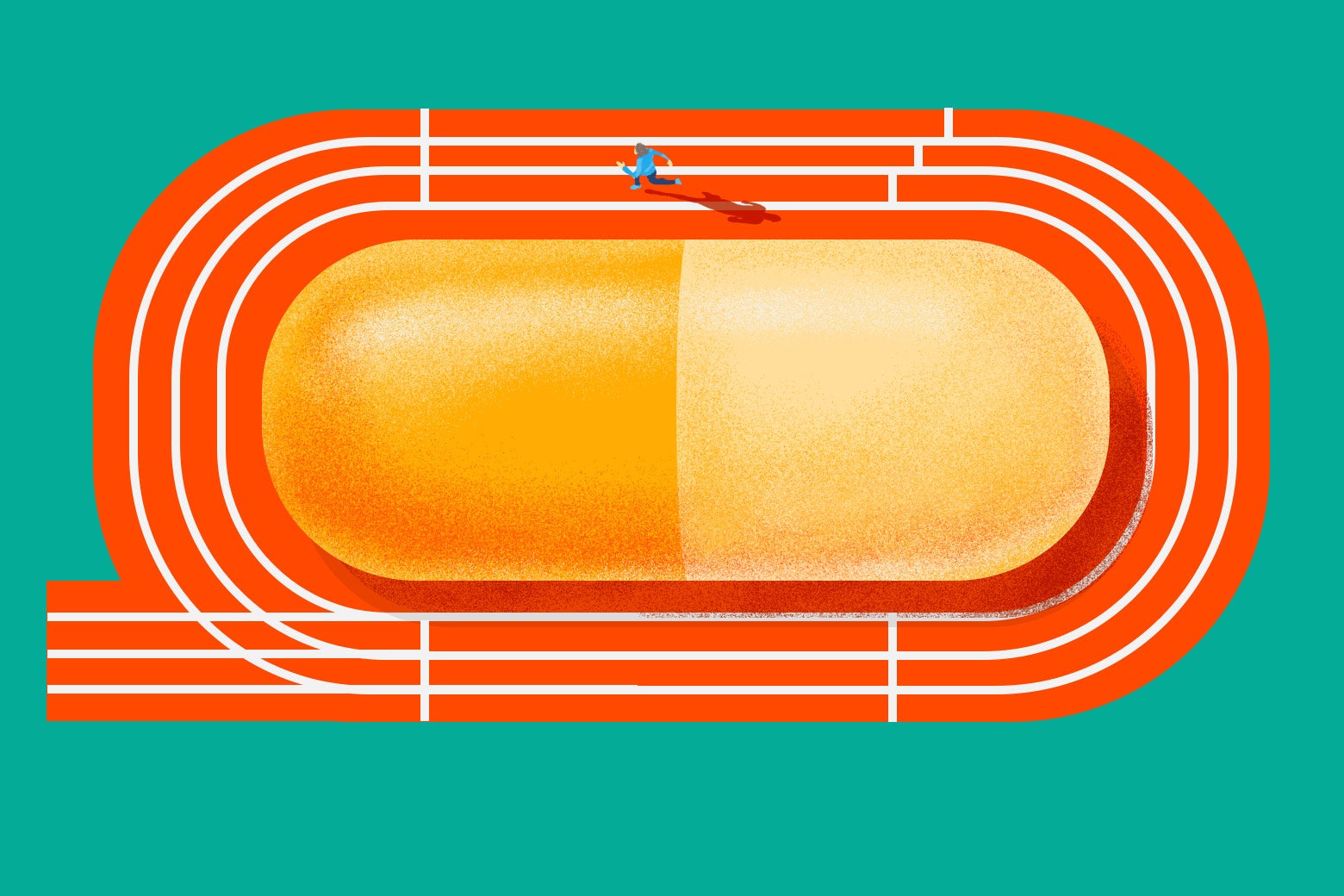 Here’s the most important thing I learned while writing a book on running and mental health: In clinical studies, regular aerobic exercise is as effective as antidepressants in reducing symptoms of mild to moderate depression. And that’s not just because moving might help you get into shape and feel better about yourself. Exercise actually causes the same structural changes to the brain as antidepressants—neuroplasticity, or creating new neural pathways, and growth in the hippocampus, a part of the brain that’s generally shrunken in people with depression.

Patients are excused for not knowing these facts. Doctors working in an evidence-based health care system shouldn’t be. Yet if you’ve seen an American doctor for mild or moderate depression and been told to try working out, you’re in the minority. Current guidelines by groups such as the American Psychiatric Association and the American College of Physicians don’t count exercise as an initial form of treatment a physician should recommend for a patient with depression. Instead, modern antidepressants and some forms of psychotherapy are the two main first-line treatments prescribed. The U.S. approach is captured nicely on a patient portion of the National Institute of Mental Health website discussing depression. It includes exercise in a section called “Beyond Treatment: Things You Can Do,” along with items like “set realistic goals for yourself” and “continue to educate yourself about depression.”

Framing exercise as a take-it-or-leave-it option is not how it works elsewhere. Guidelines in countries such as the United Kingdom, the Netherlands, and Canada present exercise as a first-line treatment. Canada, for example, recommends exercise as an initial stand-alone treatment for mild to moderate depression and a second-line, or next-round, treatment in conjunction with other treatments for more severe cases. Guidelines in Australia and New Zealand view exercise even more favorably. Psychiatrists there consider exercise a “step-zero” treatment. A sedentary depressed patient in Sydney or Auckland will first be encouraged to start working out, on the grounds that lack of exercise could explain the depression. Only if regular exercise proves to be insufficient will medication and psychotherapy be recommended.

Why is the United States such an outlier? Structural barriers may be to blame. The U.S. health care system famously incentivizes procedures and pills over a holistic approach. That might be especially true with antidepressants, which the National Institute of Mental Health concedes are increasingly prescribed for “off-label” uses, meaning conditions like insomnia, pain, eating disorders, and migraines, rather than depression. This tendency to prescribe, and specifically to prescribe antidepressants, contributes to the aura of “they might help, and they probably won’t hurt,” despite warranted debate over their effectiveness for depression. A system that encourages such practices is at odds with a prescription of “get outside and move for half an hour most days” for depression.

In contrast, single-payer systems incentivize low-cost options first. So official treatment guidelines in, say, Canada or Holland have more reason to take into account the exercise-as-antidepressant evidence. And if U.S. doctors are reluctant to accept exercise as first-line treatment for depression, then they’re probably even more reluctant to consider inactivity as a cause for depression, which is what underlies the New Zealand and Australian guidelines.

But part of the explanation is also cultural. We’re an overwhelmingly sedentary society—according to the Centers for Disease Control and Prevention, only 21.7 percent of American adults get the recommended 150 minutes of aerobic exercise and two strength-training sessions per week. Our infrastructure is built around cars, not self-powered transportation, which helps establish inactivity as the norm. In one study of worldwide activity levels, Americans averaged 4,774 steps per day. That’s enough steps to cover a little more than two miles—over the course of an entire day, not as purposeful exercise. The lethargy that’s a hallmark of depression can also make regular exercise that much more difficult.

Our sedentary lifestyle is shared by our physicians. There are no large-scale surveys of how many U.S. doctors exercise regularly. (When I asked the American Medical Association for help in finding this stat, I was, oddly, referred to the American Psychiatric Association.) A review of small studies on doctors’ habits concluded that U.S. physicians are only slightly more active than their patients. A study of med school curricula found that only 18 percent of schools required a class on physical activity and that fewer than half included any courses on exercise, which might also mean that once in practice, doctors don’t spend much time reading up on exercise. Estimates of how many primary care physicians are familiar with basic physical activity guidelines range from 12 percent to 70 percent. But if your doctor can’t even tell you how often to work out for basic health, she’s unlikely to be up to date on the latest exercise-versus-antidepressants research.

An analysis published earlier this year argues that media reports compound the problem by overplaying debate in the evidence for exercise. Controversy always makes for good headlines. The analysis cautions against what it calls “press release-based medicine,” in which researchers spread their message through time-crunched health journalists who take the researchers’ assertions at face value. For example, a British study published in 2012 received widespread coverage for its counterintuitive conclusion that exercise is ineffective. “Exercise ‘no help for depression,’ research suggests,” read a typical BBC report. But this coverage glossed over a basic critique of the study—that it added exercise to the usual drugs-and-therapy care instead of measuring whether exercise alone improved depressive symptoms. As occurs with many health topics, coverage of exercise as a treatment for depression often presents as uncertain a matter where the overwhelming evidence is on one side.

Exercise isn’t a cure-all, and antidepressants aren’t a scam. I’m a lifelong runner who takes Wellbutrin. Still, in anecdotes and peer-reviewed surveys, once depressed people try exercise, they rate it the best treatment on the basis of perceived effectiveness to perceived burden (side effects, cost, etc.). Running is definitely the key to managing my depression. I shouldn’t have had to discover that on my own.

Scott Douglas is the author of Running Is My Therapy.