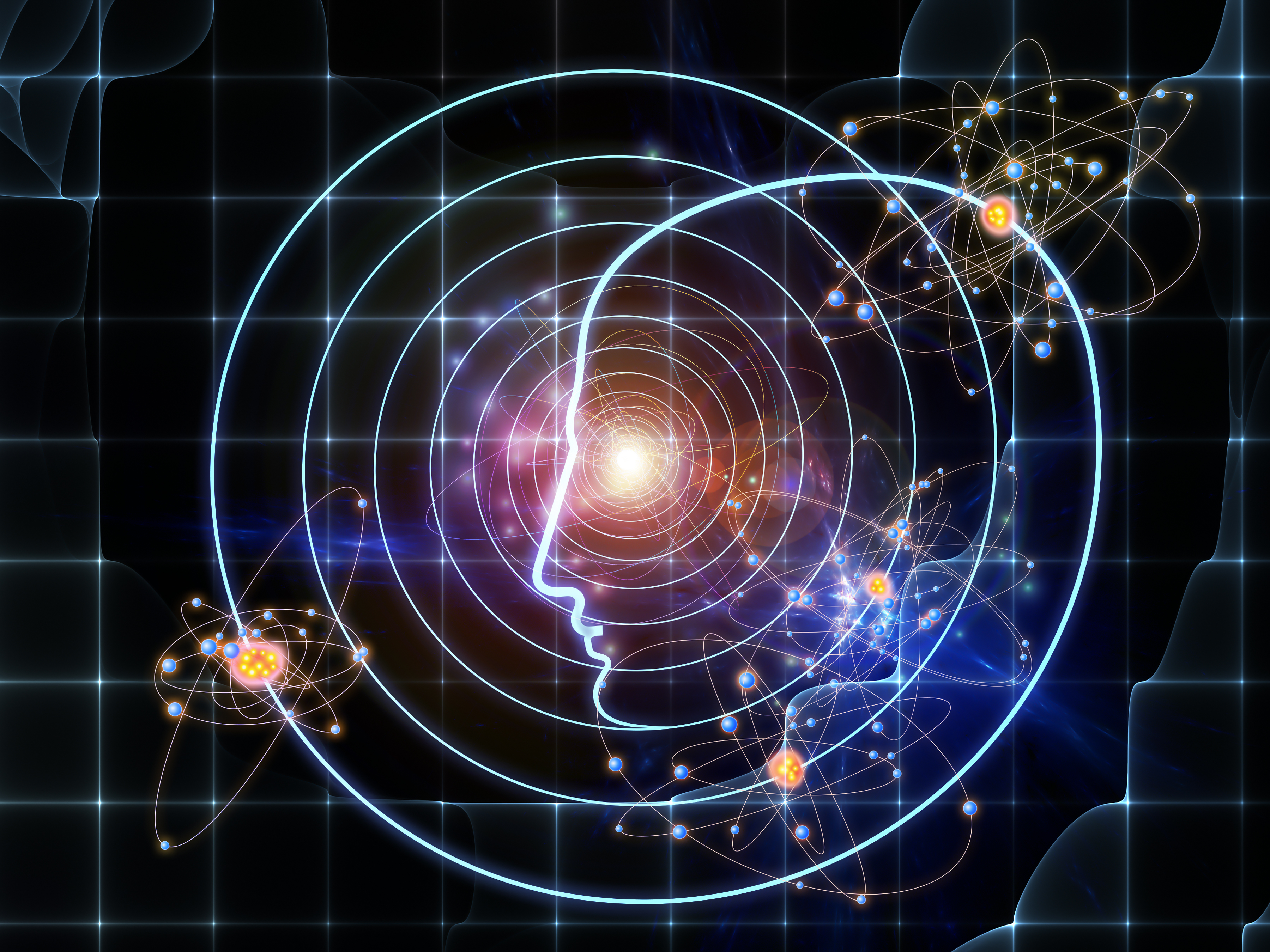 In his 2014 book, Our Mathematical Universe, physicist Max Tegmark boldly claims that “protons, atoms, molecules, cells and stars” are all redundant “baggage.” Only the mathematical apparatus used to describe the behavior of matter is supposedly real, not matter itself. For Tegmark, the universe is a “set of abstract entities with relations between them,” which “can be described in a baggage-independent way”—i.e., without matter. He attributes existence solely to descriptions, while incongruously denying the very thing that is described in the first place. Matter is done away with and only information itself is taken to be ultimately real.

Indeed, according to the Greek atomists, if we kept on dividing things into ever-smaller bits, at the end there would remain solid, indivisible particles called atoms, imagined to be so concrete as to have even particular shapes. Yet, as our understanding of physics progressed, we’ve realized that atoms themselves can be further divided into smaller bits, and those into yet smaller ones, and so on, until what is left lacks shape and solidity altogether. At the bottom of the chain of physical reduction there are only elusive, phantasmal entities we label as “energy” and “fields”—abstract conceptual tools for describing nature, which themselves seem to lack any real, concrete essence.

To some physicists, this indicates that what we call “matter,” with its solidity and concreteness—is an illusion; that only the mathematical apparatus they devise in their theories is truly real, not the perceived world the apparatus was created to describe in the first place. From their point of view, such a counterintuitive conclusion is an implication of theory, not a conspicuously narcissistic and self-defeating proposition.

Indeed, according to information realists, matter arises from information processing, not the other way around. Even mind—psyche, soul—is supposedly a derivative phenomenon of purely abstract information manipulation. But in such a case, what exactly is meant by the word “information,” since there is no physical or mental substrate to ground it?

You see, it is one thing to state in language that information is primary and can, therefore, exist independently of mind and matter. But it is another thing entirely to explicitly and coherently conceive of what—if anything—this may mean. By way of analogy, it is possible to write—as Lewis Carroll did—that the Cheshire Cat’s grin remains after the cat disappears, but it is another thing entirely to conceive explicitly and coherently of what this means.

Our intuitive understanding of the concept of information—as cogently captured by Claude Shannon in 1948—is that it is merely a measure of the number of possible states of an independently existing system. As such, information is a property of an underlying substrate associated with the substrate’s possible configurations—not an entity unto itself.

To say that information exists in and of itself is akin to speaking of spin without the top, of ripples without water, of a dance without the dancer, or of the Cheshire Cat’s grin without the cat. It is a grammatically valid statement devoid of sense; a word game less meaningful than fantasy, for internally consistent fantasy can at least be explicitly and coherently conceived of as such.

One assumes that serious proponents of information realism are well aware of this line of criticism. How do they then reconcile their position with it? A passage by Luciano Floridi may provide a clue. In a section titled “The nature of information,” he states:

“Information is notoriously a polymorphic phenomenon and a polysemantic concept so, as an explicandum, it can be associated with several explanations, depending on the level of abstraction adopted and the cluster of requirements and desiderata orientating a theory.... Information remains an elusive concept.” (Emphasis added.)

Such obscure ambiguity lends information realism a conceptual fluidity that makes it unfalsifiable. After all, if the choice of primitive is given by “an elusive concept,” how can one definitely establish that it is wrong? In admitting the possibility that information may be “a network of logically interdependent but mutually irreducible concepts,” Floridi seems to suggest even that such elusiveness is inherent and unresolvable.

Whereas vagueness may be defensible in regard to natural entities conceivably beyond the human ability to apprehend, it is difficult to justify when it comes to a human concept, such as information. We invented the concept, so we either specify clearly what we mean by it or our conceptualization remains too vague to be meaningful. In the latter case, there is literally no sense in attributing primary existence to information.

The untenability of information realism, however, does not erase the problem that motivated it to begin with: the realization that, at bottom, what we call “matter” becomes pure abstraction, a phantasm. How can the felt concreteness and solidity of the perceived world evaporate out of existence when we look closely at matter?

To make sense of this conundrum, we don’t need the word games of information realism. Instead, we must stick to what is most immediately present to us: solidity and concreteness are qualities of our experience. The world measured, modeled and ultimately predicted by physics is the world of perceptions, a category of mentation. The phantasms and abstractions reside merely in our descriptions of the behavior of that world, not in the world itself.

Where we get lost and confused is in imagining that what we are describing is a non-mental reality underlying our perceptions, as opposed to the perceptions themselves. We then try to find the solidity and concreteness of the perceived world in that postulated underlying reality. However, a non-mental world is inevitably abstract. And since solidity and concreteness are felt qualities of experience—what else?—we cannot find them there. The problem we face is thus merely an artifact of thought, something we conjure up out of thin air because of our theoretical habits and prejudices.

Tegmark is correct in considering matter—defined as something outside and independent of mind—to be unnecessary baggage. But the implication of this fine and indeed brave conclusion is that the universe is a mental construct displayed on the screen of perception. Tegmark’s “mathematical universe” is inherently a mental one, for where does mathematics—numbers, sets, equations—exist if not in mentation?

As I elaborate extensively in my new book, The Idea of the World, none of this implies solipsism. The mental universe exists in mind but not in your personal mind alone. Instead, it is a transpersonal field of mentation that presents itself to us as physicality—with its concreteness, solidity and definiteness—once our personal mental processes interact with it through observation. This mental universe is what physics is leading us to, not the hand-waving word games of information realism.