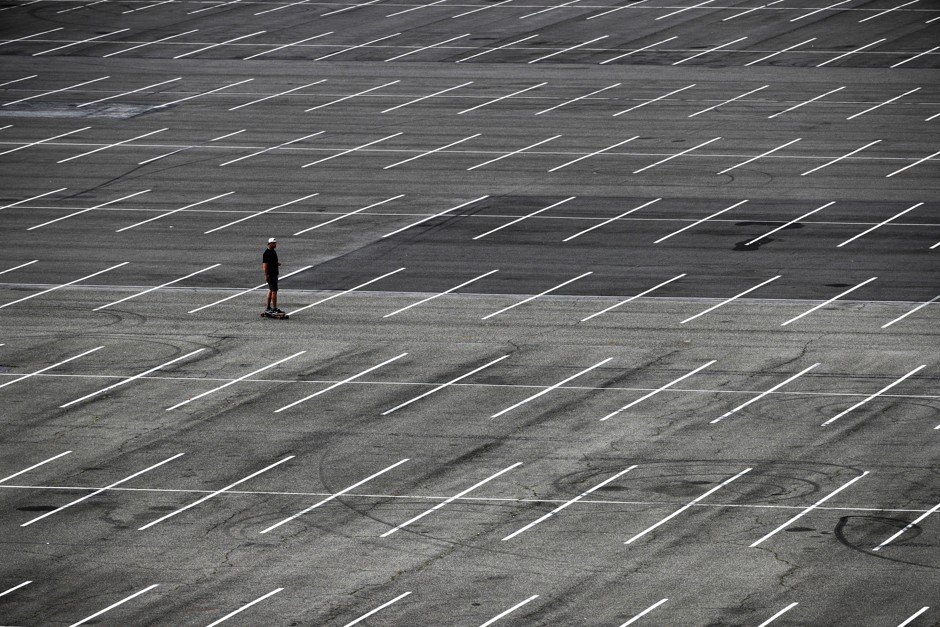 Parking eats up an incredible amount of space and costs America’s cities an extraordinary amount of money. That’s the main takeaway of a study that looks in detail at parking in five U.S. cities: New York, Philadelphia, Seattle, Des Moines, and Jackson, Wyoming.

The study, by Eric Scharnhorst of the Research Institute for Housing America (which is affiliated with the Mortgage Bankers of America), uses data from satellite images, the U.S. Census, property tax assessment offices, city departments of transportation, parking authorities, and geospatial maps like Google Maps to generate inventories of parking for these five cities. (The inventories include on-street parking spaces, off-street surface parking lots, and off-street parking structures.)

In sum, it provides additional empirical confirmation for parking guru Donald Shoup’s idea that American cities devote far too much space and far too many resources to parking.

Scharnhorst finds that there are more than 2 million parking spaces in Philadelphia, 1.85 million in New York, 1.6 million each in Seattle and Des Moines, and just over 100,000 in tiny Jackson, which has a population of about 10,000. 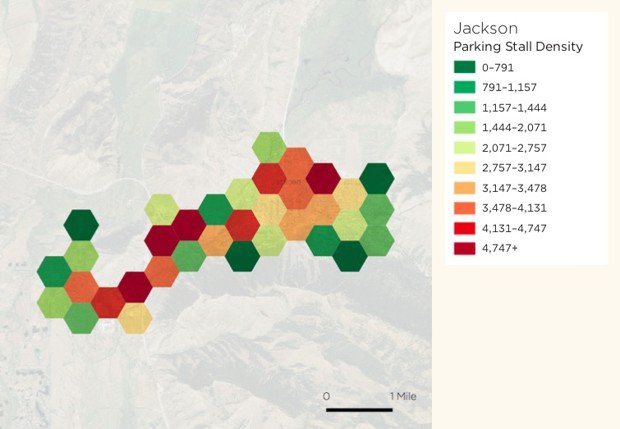 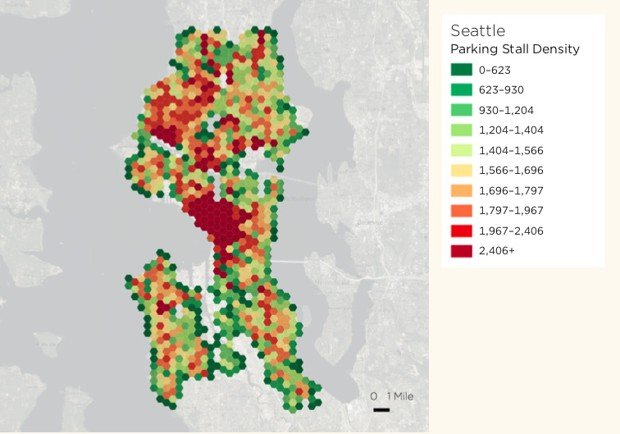 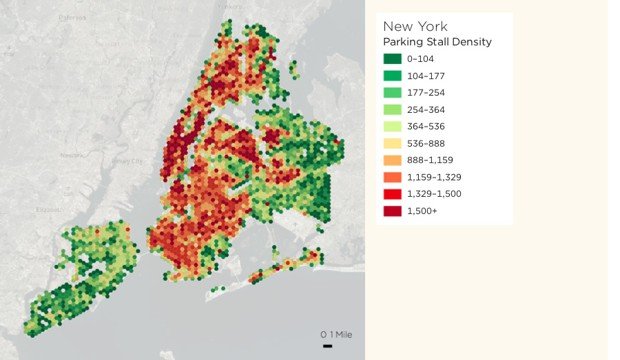 Parking also sucks up a lot of resources in the five cities. Measured in terms of replacement, it costs more than $35 billion in Seattle, $20 billion in New York, $17.5 billion in Philadelphia, $6 billion in Des Moines, and $711 million in Jackson.

America devotes far too many of its precious resources to parking.  This is especially troubling given that driving is in decline. For example, the share of Seattle households with a car has fallen for the first time in at least 40 years, and the percentage of U.S. high school seniors with a driver’s license is at “a record low”—down from 85.3 percent in 1996 to 71.5 percent in 2015. Meanwhile, ride-sharing is up, and cities and real estate developers are striving to reduce parking requirements.

Joni Mitchell famously sang: “They paved paradise and put up a parking lot.” It’s time we reclaim our cities from car storage and use the space for what we need more of, from housing and bike lanes to sidewalk cafes and parks.

Richard Florida is a co-founder and editor at large of CityLab and a senior editor at The Atlantic. He is a university professor in the University of Toronto’s School of Cities and Rotman School of Management, and a distinguished fellow at New York University’s Schack Institute of Real Estate and visiting fellow at Florida International University.