Photos by National Trust/author’s own

Thanks to the pandemic, the demand for staycations has well and truly skyrocketed.

Indeed, research by hotel group The Cairn Collection found there was a 532% growth in searches for trips to Scotland, with searches for trips to ever popular Cornwall up 325% year-on-year. The UK holiday boom has also seen tent sales rise by 126%, according to price comparison service Price Spy.

However, it’s worth noting that with beautiful spots come big crowds – which can, in turn, lead to clogged roads, overflowing bins, and poor social distancing.

Instead of opting for one of the UK’s old holiday favourites, then, why not check out Stylist’s list of the UK’s more hidden-away escapes here. Or, for those looking to enjoy a truly unique travel experience, try booking one of the National Trust’s remote getaways.

Because, once you’ve found yourself a cabin, cottage, bothy, or bolthole in the middle of nowhere, you can try your hand at the ever-popular ’slow living’ wellness trend.

Not sure how? Then let Stylist’s digital editor-at-large Kayleigh Dray explain…

As reported in December 2019: I’m not a surgeon, or a fire fighter, or a police officer. I know that ‘digital editor’ does not sound like the most stressful job in the world. And I know that, to quote The Devil Wears Prada, “a million girls would kill for my job” (which is fair enough, I guess – although I’ve never been one to condone murder, no matter how glamorous the reasoning).

And yet… well, my smartphone is a constant tether to the office, thanks to the group WhatsApp chats, pinging email updates, and Google alerts. Every night before bed and every morning when I wake up, I check the day’s headlines again, just to be sure that I haven’t missed “anything important” (full disclosure, here: in my eyes, the word ‘important’ covers pretty much everything from the Oscars, to a major political event, to Chrissy Teigen’s Twitter feed). Then I go through Instagram, until I’ve stared blankly at every single new photo shared by every single one of the 350 accounts I follow. And, once that’s done, I scroll again, as single-minded as any zombie, unable to quench my hunger.

This “switched on” vibe seeps into all aspects of my life. I can’t count the times a conversation has been derailed by a sudden need to fact-check an anecdote (“actually, let me just Google that…”). And leaving work early doesn’t necessarily mean I’ll get anything done: washing goes unwashed, books unread, life admin unfinished. Instead, I try to do everything and achieve nothing: I answer emails, I flick idly through Netflix, I send a billion disjointed WhatsApp messages to my sister (when a 15-minute phone call would be far more efficient), and I fill my diary to bursting, which means I never have time to just sit and be.

So I decided to do something about it. And that ‘something’ proved to be a remote cottage in the Welsh wilderness. 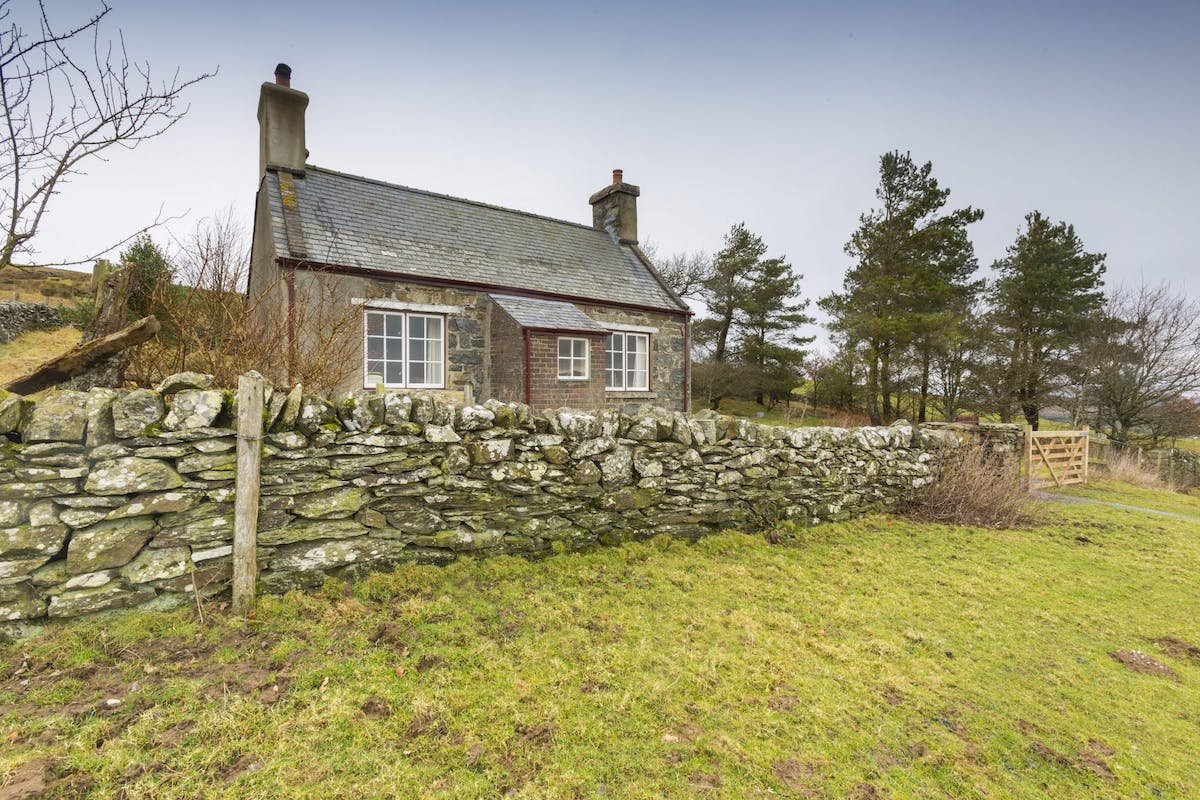 Foel Gopyn – a former gatekeeper’s cottage which has been lovingly transformed into a holiday rental by the National Trust – sits alone in the landscape, some 450ft above (and a mile away from) the nearest village. Its limited power is supplied by a generator, which means that there is not a TV or even an electric kettle on site. Its position off the literal beaten track (who needs a road when tyre tracks through a lush green field will do?) means that, when the sun goes down, the world outside is plunged into total darkness: there are no street lights, no headlamps, no neighbouring houses in the distance.

Most crucially of all? There is no WiFi whatsoever.

To some, this may sound like absolute hell: indeed, more than one person raised a dubious eyebrow at me when I told them my plans for a long weekend in the foothills of Snowdonia. To me, though, it sounded like the perfect place to spend some time far away from the stresses of urban life. So I dug out my trusty hiking boots and anorak, rammed some boardgames into my suitcase, grabbed my most patient and willing companion, and set off westwards.

It was a long, long drive – made even longer by the fact that we got hopelessly lost on a winding farm track, fields stretching out like black oceans on either side of the van. Forced to travel at a foot’s pace, we eventually managed to decipher the paper maps (Google Maps was in a sulk, at this point) – but it wasn’t until 10pm that we climbed the steep hill to our cottage.

There was no light in any of the windows. For a moment, I had a strong sense of foreboding: the cottage would be cold, and damp, and dark. But then I stepped through the door, and immediately felt like a little shit for ever doubting the good folks at the National Trust. Someone had been in to turn on the heaters and warm Foel Gopyn through. They’d made up the beds, popped soap and loo roll in the bathroom, and laid out the fire in the living room. Most important of all? There was a packet of teacakes in the kitchen, not to mention everything we needed to brew ourselves a much needed cuppa – albeit without the aid of an electric kettle.

And so began our blissful life in Wales.

On the first morning, we woke up to the baaing of grazing sheep (normal) and a rhythmic ‘thwump’ sound (not so normal), which grew steadily louder and louder within the space of a few minutes. For a moment, mild panic. Then we peeped out of the bedroom window and realised that sound carries very strangely when you’re on an exposed hillside. What we had assumed to be the sound of our alien oppressors marching towards us was, in fact, the beat of a crow’s wings, magnified to an incredible volume. 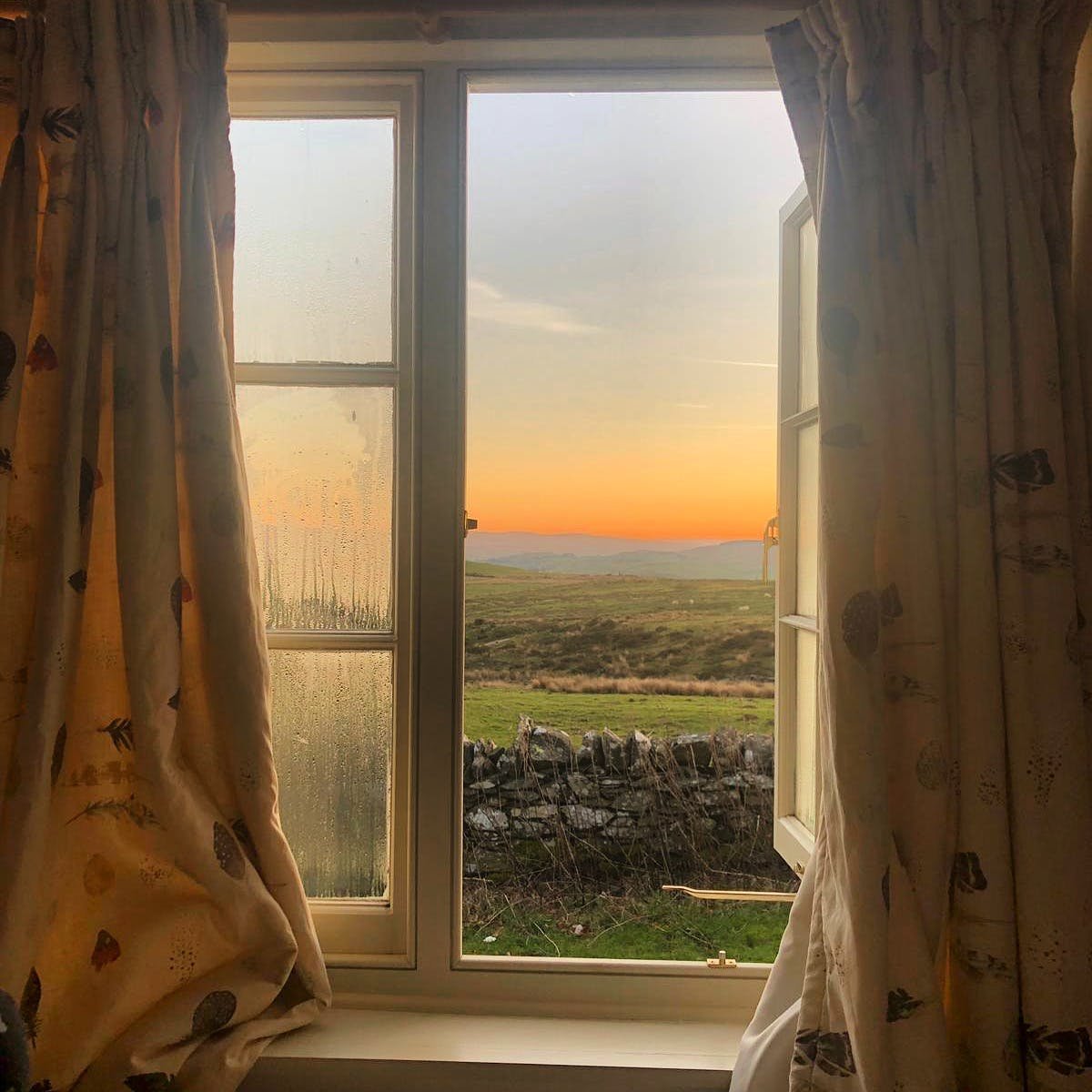 Everything that day took far longer than usual. Much longer. Making breakfast in the morning required us to fill the heavy stove-top kettle, set it down on the hob, boil it up, and wait for it to whistle like a sailor home from sea. This took around… ooh, nine minutes? Which meant there was plenty of time to butter toast – properly, reverently, right to the edges – and stare dreamily into the distance.

Working out where to spend the day required reading through the guide books that had handily been left in our living room. Then we had to pack up a picnic, wrap up in waterproofs, and lace up our walking boots. In the afternoon, we came home for a break from walking and promptly fell asleep, curled up on the floor like cats in a sunbeam (no small thing, from the woman who has refused the allure of the humble nap since childhood). Later, we packed up our supper – hoppy beers and cold meat pies with crisp watercrust pastry – and hiked to the top of a hill to watch the sun go down. Harder, of course, was the hike back down in the pitch-black (we hadn’t taken torches).

“It could be 8pm or midnight,” my boyfriend said, stifling a yawn as he stared out the kitchen window into the darkness outside. And so, without internet or television to distract us from our tiredness, we went to bed, where we slept deeply until dawn.

There was less to do, sure, but there was more time to appreciate it. Brewing tea felt like a special little ritual, and each sip tasted infinitely more delicious for me having dedicated my attention to it. Scooping tomato soup up with crusty buttered bread, similarly, felt like the finest gourmet dinner. Going for a walk was a conscious choice, as we didn’t need to run from A to B, and so we drank in the views with gusto. Driving to pick up a takeaway from the nearest town was, likewise, something of an adventure in itself (particularly as our journey required a secondary quest of “find a cash machine”).

Boardgames became more intense than the most gore-addled HBO show. Sleep was deep and dreamless, thanks to the complete absence of city noise and lights. My breathing was slower, lower – rather than the usual high and shallow sips of air I take at the office. Conversations were – without one eye on the telly and an ear out for a buzzing phone – less distracted and far more intimate. And, perhaps most importantly, was the fact that my thoughts remained firmly in the moment: instead of stressing about tomorrow, or the next day, I was well and truly present – and, as such, I felt reconnected with myself, my life and my surroundings. 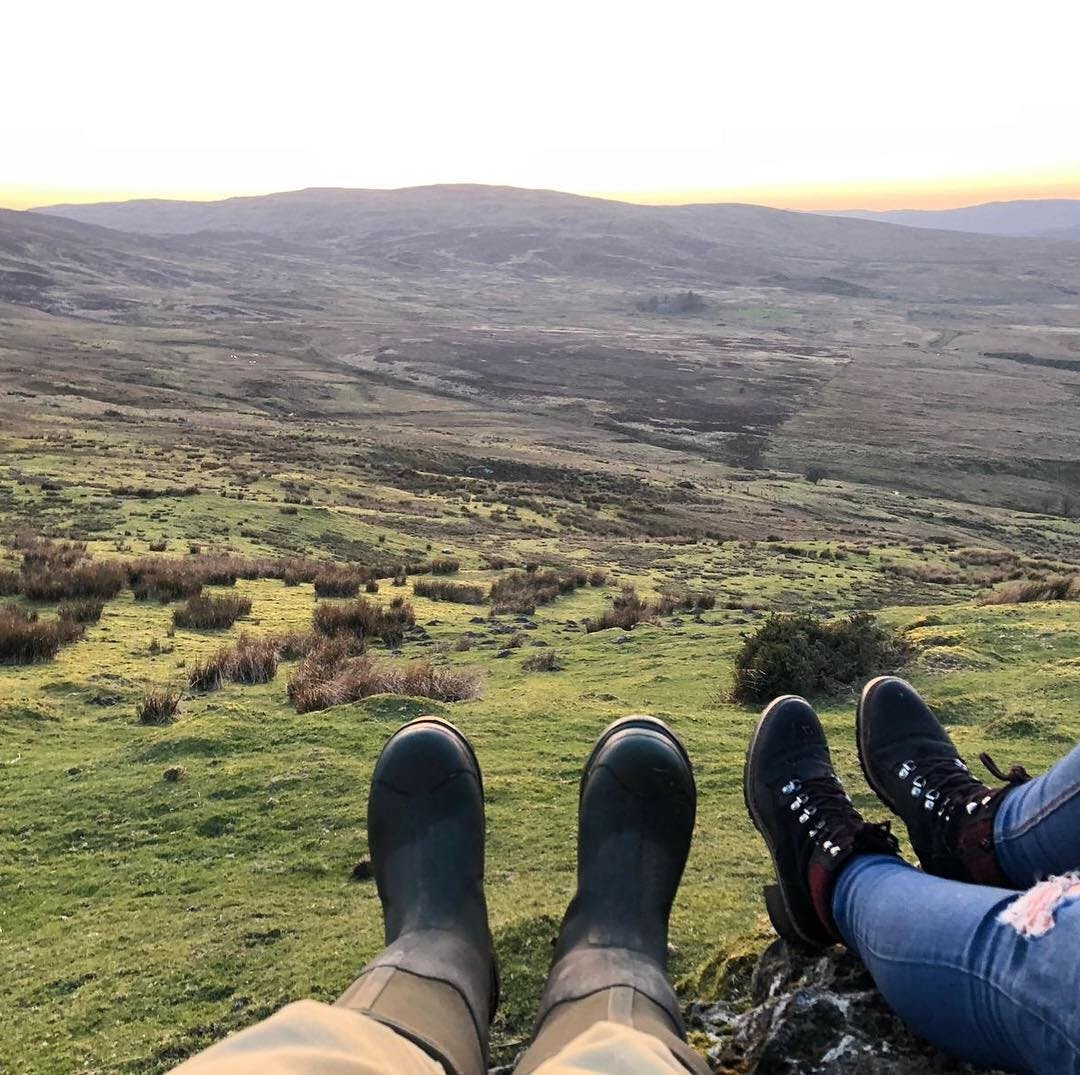 As Carl Honoré explains in In Praise of Slow: “A fast approach tends to be a superficial one, but when you slow down you begin to engage more deeply with whatever it is you’re doing. You’re also forced to confront what’s happening inside you – which is one of the reasons why I think we find it so hard to slow down. Speed becomes a form of denial. It’s a way of running away from those more deeper, tangled problems. Instead of focusing on questions like who am I, and what is my role here, it all becomes a superficial to-do list.”

Since I’ve returned to London, I’ve picked up the speed again – of course I have. But slow living is not about living your life in slow motion; it’s about doing everything at the right speed and pacing instead of rushing. By that same logic, slow living is not about losing time by going slowly; it’s about gaining time by doing the things that are most important to you.

With this thought in mind, I’ve tried to carve out time for myself through the day: I wake up earlier in the morning and make sure I eat breakfast. I read a book on my commute. I take myself for a walk on my lunchbreak (there’s a tiny park near my office, which isn’t quite Snowdonia but… well, y’know). I try to keep my mobile phone in another room during my free time at home. I don’t get mad at the two minute boiling time of the kettle: instead, I appreciate the pause in my busy day. I go to bed when I’m tired, rather than straining to keep my eyes open all night long. Above all else, I try to focus on doing one thing at a time, and doing it well, rather than trying to juggle 15 things at once.

And you know what? I feel infinitely better for it all, too.

Keen to see if slow living works for you? You don’t have to up sticks and head for Wales, nor do you have to dramatically toss your smartphone into the ocean, Carrie Bradshaw-style (not least of all because a turtle may choke on it).

As Brooke McAlary, author of Slow and Destination Simple, previously told Stylist: “Slow living is all about creating time and space and energy for the things that matter most to us in life, so ask yourself what you stand to gain.”

She added: “Slow living is slow by name and slow by nature. It’s not a shift that will happen quickly, so start small and focus on being consistent instead of impressive.”

In other words? Slow and steady wins the race: one screen-free evening a week is far more attainable than, say, moving to the nearest forest and eschewing all modern technology. The trick is to practice being present (even in the mundane) and creating space in your day, and life, to just be rather than do.

For tips on how to get started, check out our article on embracing a slow living lifestyle here. And, in the meantime, why not go pop the kettle on, eh?

Please note that this article was originally published in March 2019.