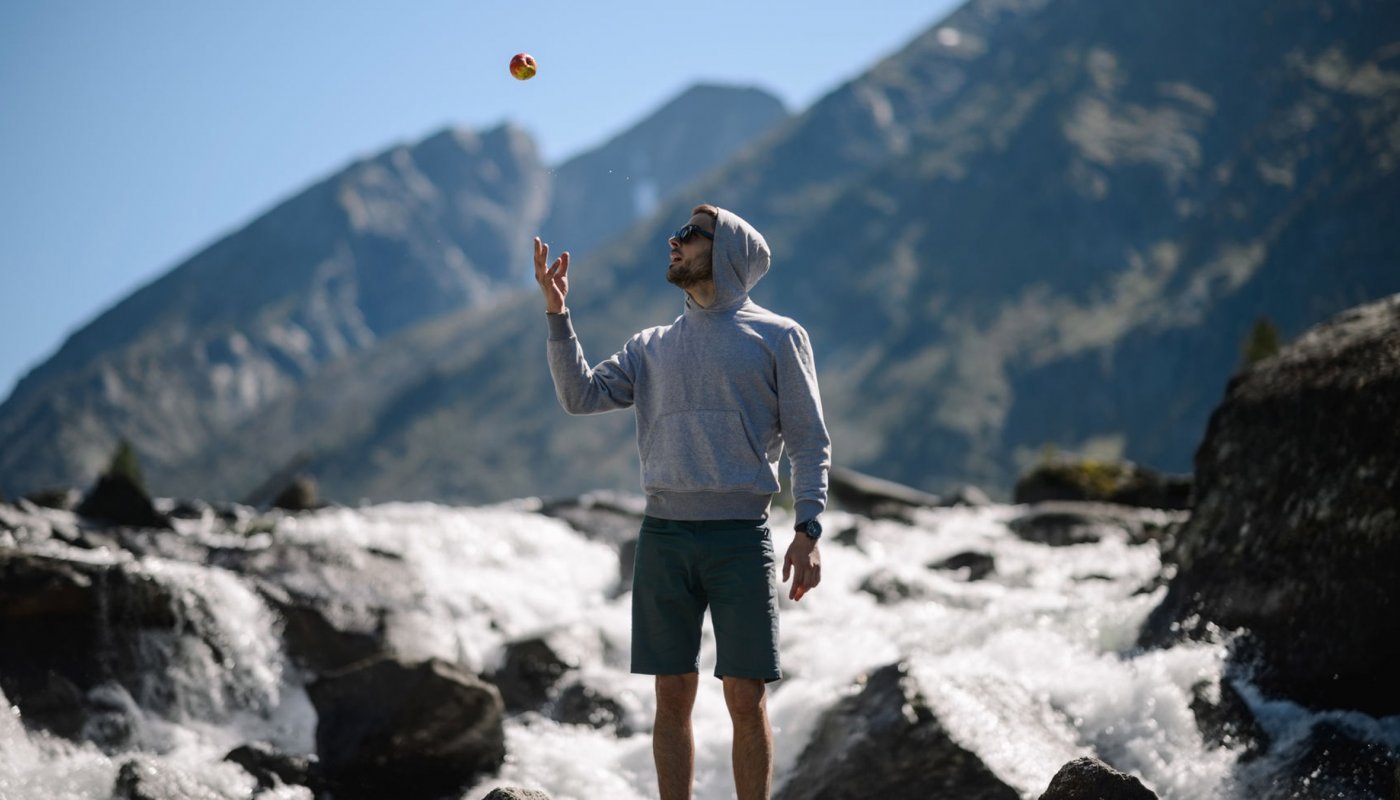 This is your brain on food. Photo from Milles Studio/Stocksy.

Active people tend to overthink what food is doing for their body—Is keto good for endurance? What’s the perfect post-training macro spread? Butter or no butter in my coffee?—but underthink what it’s doing for their mind. Yet you’ve probably noticed that what you eat impacts what’s going on upstairs. We’ve all devoured a cheat meal and afterward felt off, not just physically but also mentally and emotionally. And new research suggests that the connection between diet and mental well-being is a little more nuanced than scientists once thought.

Earlier studies suggest what you might expect: eating junk isn’t great for your brain. People who consume plenty of fruit, vegetables, and fish seem to be less at risk of depression compared to those who favor fatty meats, processed carbs, and sweets. But emerging research shows that even among healthy diets, some might be better for mental health than others. In a recent review published in Molecular Psychology, researchers analyzed 41 studies that sought to quantify the impact of various diets on clinical depression. The analysis accounted for a variety of eating plans including the Mediterranean diet, the DASH diet, and the Healthy Eating Index.

The winner? The Mediterranean diet, which according to the American Journal of Clinical Nutrition features abundant fruits and vegetables, olive oil, dairy products like yogurt and cheese, cereals, beans, fish and poultry, and moderate amounts of red meat and wine. (Sometimes it seems to be the best diet for just about everything: it may help you live longer, and it recently won the top spot in an exhaustive, expert-led analysis of 40 diets based on metrics like being heart-healthy, plant heavy, and easy to adhere to.)

Drew Ramsey, an associate professor of psychiatry at Columbia University and the author of Eat Complete, says the Mediterranean diet may have a positive effect on mental health because it helps fight inflammation. “Molecules that are responsible for inflammation influence things like your mood and energy levels,” says Ramsey. “For example, inflammation gets in the way of the brain’s self-repair process. Many antidepressant medications are also powerful anti-inflammatories that spur brain growth.” The diet may also improve your gut microbiome, which research suggests influences depression.

But don’t purge your refrigerator or medicine cabinet quite yet. Observational nutrition studies, where researchers ask participants to recall their eating patterns, can be unreliable, says Trevor Kashey, an Ohio-based registered dietitian. “People lie, don’t know how to track their intake, and have terrible memories,” he says.

More importantly, every diet in the study showed some positive impact on depression. “When we begin to dissect which particular healthy diet is optimal, it misses the point,” says Ramsey. “The big take home for individuals and for our mental health care systems is that food matters.” The study itself concludes that “adhering to a healthy diet, in particular a traditional Mediterranean diet, or avoiding a pro-inflammatory diet appears to confer some protection against depression.”

To that end, Ramsey recently conducted a separate study that looked at which foods are highest in the 12 nutrients associated with preventing or relieving depression. Low levels of folate and B12, for example, are associated with depression, and the symptoms are often relieved by taking in more of those vitamins. The full list of foods with purported mental-health benefits is expansive, but vegetables, organ meats (like liver), fruits, and seafood took the top four categories.

No single food has magical powers, however. “We want to shift [the conversation away] from singular foods and diets and into talking about food categories,” says Ramsey. His study, for example, found that spinach, Swiss chard, kale, and lettuce contain the highest antidepressant nutrients per serving, but that it didn’t really matter which leafy green you ate—what matters is that leafy greens are a regular part of your food intake.

“As a clinical psychiatrist, it’s intriguing to think about food interventions and how they could shift an entire organism,” says Ramsey. “What happens if I get someone using food for a more diverse microbiome, lower overall inflammation, and more connection to a sense of self-care? Those are all great things for someone struggling with mental and brain health.”

These findings could have a big impact. Worldwide, 4 percent of men and 7 percent of women suffer from depression, and the disorder can affect all facets of life, including productivity and athletic performance. Nutrition is just one piece of the mental-health puzzle, but it has researchers excited. “I really am a big fan of responsibly using medications and effective talk therapy to treat depression,” says Ramsey. “But [focusing on] diet allows us to empower patients to think about their mental health as tied to nutrition.”