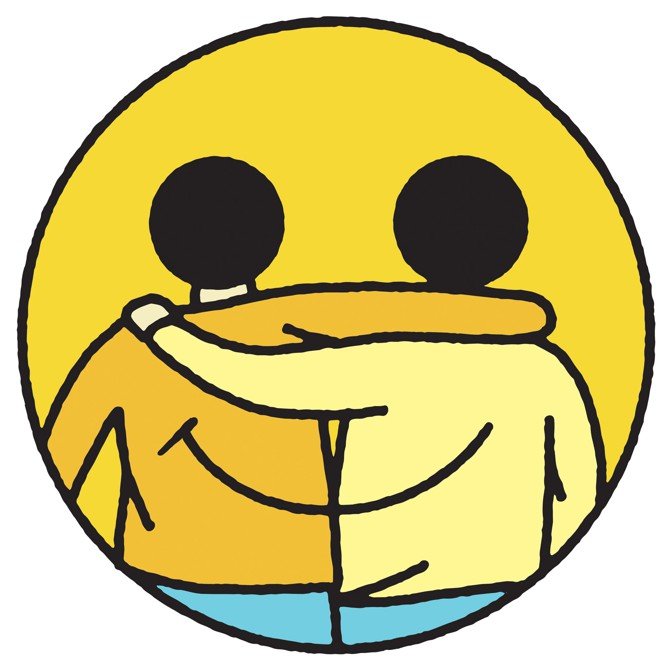 “What are friends for?” This isn’t a rhetorical question. Friendship is one of life’s most important features, and one too often taken for granted.

The human desire for companionship may feel boundless, but research suggests that our social capital is finite—we can handle only so many relationships at one time. Social scientists have used a number of ingenious approaches to gauge the size of people’s social networks; these have returned estimates ranging from about 250 to about 5,500 people. [1] (An undergraduate thesis from MIT focusing exclusively on Franklin D. Roosevelt, a friendly guy with an especially social job, suggested that he might have had as many as 22,500 acquaintances. [2]) Looking more specifically at friendship, a study using the exchange of Christmas cards as a proxy for closeness put the average person’s friend group at about 121 people. [3]

However vast our networks may be, our inner circle tends to be much smaller. The average American trusts only 10 to 20 people. [4] Moreover, that number may be shrinking: From 1985 to 2004, the average number of confidants that people reported having decreased from three to two. [5] This is both sad and consequential, because people who have strong social relationships tend to live longer than those who don’t. [6]

So what should you do if your social life is lacking? Here, too, the research is instructive. To begin with, don’t dismiss the humble acquaintance. Even interacting with people with whom one has weak social ties has a meaningful influence on well-being. [7] Beyond that, building deeper friendships may be largely a matter of putting in time. A recent study out of the University of Kansas found that it takes about 50 hours of socializing to go from acquaintance to casual friend, an additional 40 hours to become a “real” friend, and a total of 200 hours to become a close friend. [8]

If that sounds like too much effort, reviving dormant social ties can be especially rewarding. Reconnected friends can quickly recapture much of the trust they previously built, while offering each other a dash of novelty drawn from whatever they’ve been up to in the meantime. [9] And if all else fails, you could start randomly confiding in people you don’t know that well in hopes of letting the tail wag the relational dog. Self-disclosure makes us more likable, and as a bonus, we are more inclined to like those to whom we have bared our soul. [10]

The academic literature is clear: Longing for closeness and connection is pervasive. Which suggests that most of us are stumbling through the world pining for companionship that could be easily provided by the lonesome stumblers all around us. So set aside this article (after you’ve renewed your subscription and clicked every ad on the website, of course), turn to someone nearby, and try to make a friend. You both could probably use one.

[8] Hall, “How Many Hours Does It Take to Make a Friend?” (Journal of Social and Personal Relationships, March 2018)