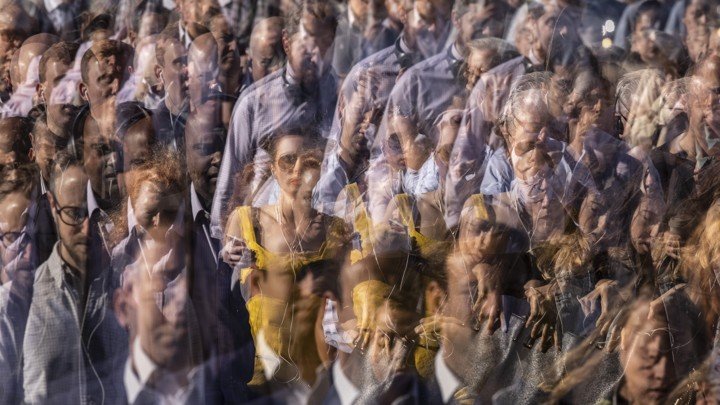 If you’ve ever felt the buzz of your phone against your thigh only to realize the sensation was entirely in your head, you’ve had a sensory perception of something that isn’t real. And that, according to the psychologist Philip Corlett, is what makes a hallucination.

To many, this definition may seem shockingly broad. Hallucinations were long considered the stuff of psychoses or drug trips, not a regular and inconsequential part of life. But Corlett operates on the idea that hallucinations exist within a hierarchy. At the highest level, according to Corlett’s collaborator Albert Powers, they would be something like hearing “whole sentences of clearly spoken speech of a being who seems quite real.” But, moving further down the line, hallucinations can be far more banal: an imagined text message, a phantom raindrop, a new parent’s mistaken sense of her child by her bedside.

This hierarchy perspective represents an ongoing revelation in how widespread and varied hallucinations can be. A survey in the early 1990s found that 10 to 15 percent of the population of the United States experienced vivid sensory hallucinations at some point in their lives. And scientists have begun to take seriously the idea that voice hearing and other forms of auditory hallucination can be benign or “nonclinical.” This newfound ubiquity has come with a host of questions. Why is it so common for people to perceive what isn’t there, and how does the brain allow this to happen in the first place? To find answers, researchers have turned to the mechanics of how we perceive reality itself.

For Corlett and Powers, both from the Yale School of Medicine, hallucinations have everything to do with expectations. In a paper in Science, they explore how the mysterious experiences fit into a larger, speculative idea about how the brain works—and, in a sense, what the brain is. The pair recounts a 2017 study they conducted, in which their group tried to induce hallucinations both in people who commonly report hallucinations across the psychotic spectrum and in people who don’t normally hallucinate. The participants were taught to expect to hear a tone after being shown a flashing light, and then were made to press a button when they thought they heard a tone. They were told to hold down the button longer to rate their confidence in what they heard. People who regularly hallucinate held the button—that is, they hallucinated—significantly longer than those who don’t.

Corlett and Powers see this experiment as evidence for their perspective on how people understand the world around them. By their way of thinking, the brain works by “predictive coding”: integrating new information based on the beliefs built on old information. “When we go about the world, we’re not just passively perceiving sensory inputs through our eyes and ears,” Corlett says. “We actually build a model in our minds of what we expect to be present.”

This mental setup works great for allowing us to move smoothly through the world, taking in each detail without a second thought. But sometimes, Corlett and Powers say, the brain has the capacity to overpredict: It can expect something that isn’t there, and this expectation can be so strong that we actually perceive the nonexistent thing. Thus, a hallucination.

The idea of predictive coding is part of a way out of a knotted, overlapping, and sometimes competing lineage of trying to explain hallucinations. Another model, inner-speech theory, was popularized in part by the writings of the 20th-century psychologist Julian Jaynes. It holds that people who hear voices are really hearing their own thoughts that feel like someone else’s. This explanation has been propped up more recently by corollary-discharge theory, which states that the body’s tracking of its boundaries and actions (the neural machinery that makes your arm feel like your arm and your foot feel like your foot) fails for the thoughts and voices of people with psychotic disorders who experience auditory hallucinations.

“We’re still working to see how our model fits in with those models,” Corlett says.

This quest for a leg to stand on in researching hallucinations has yielded some theatrical—and sometimes even poetic—experiments. In his book on the science and history of auditory hallucinations, Charles Fernyhough, a psychologist at Durham University, tells how a psychiatrist in the ’40s found that as a group of people with schizophrenia hallucinated voices, muscles in their throats responsible for speech would twitch along with the words they heard. The voices seemed to be their own words hidden elsewhere.

Decades later, researchers recorded the voices of hallucinators with psychotic disorders and presented these subjects with electronically distorted copies. They wanted to see if the hallucinators could identify their own distorted voices. In the same vein, researchers have explored using computerized avatars à la Second Life in the past decade to try and help hallucinating psychotics assign their “presumed persecutors” a face to talk to, with the goal of softening the things these voices said to them.

Corlett also pointed me toward sine-wave speech, a particularly stunning example of the way expectation can seem to shape our reality when it comes to language. You can try it yourself: Listen to this sound (don’t turn your volume too loud). Most people will hear an R2-D2-like swell of vocoder-tinged whistling. Next, listen to this recording of a woman saying, “It was a sunny day, and the children were going to the park,” in a soothing, southern English accent. Now try R2-D2 again. Listening to the whistling sine-wave speech, you’ll likely hear a distorted version of the same “sunny day” sentence. And in all likelihood, you won’t be able to un-hear the words in the first recording now.

Hallucinators may have an easier time parsing the R2-D2-like sounds, even before listening to the other recording. In a 2017 study, nonclinical voice hearers were far better at recognizing the presence of a voice in sine-wave speech than their non-voice-hearing counterparts. And as a group, their brains fired along a pattern distinct from those who couldn’t tell that the sine-wave speech was a voice. This example, Corlett says, builds the case that auditory hallucinations are linked to the processes of expectation and prediction.

Still, Fernyhough points out, there are some potential holes in the idea of predictive coding. “Compared to the conventional view of the brain as a device that processes information coming from the environment, predictive coding starts with a different set of assumptions about how the brain makes predictions about what is in the environment and then learns from them,” he said. And that can make it hard to reconcile with other, more established ways of looking at the brain.

Corlett, meanwhile, argues that there’s a gap in inner-speech theory. Citing a study in which people rendered mute from birth reported hearing voices in their heads, he says that the phenomenon can’t be completely explained as the brain misreading itself.

Whatever explanations stand the test of time, the stakes of this science are much higher than understanding why many of us imagine text messages. For some people, hallucinations can be more persistent and disturbing. The science of how these hallucinated touches, sounds, and sights manifest in the mind is still unclear. It’s too early to say how much the causes of auditory hallucinations and other kinds might overlap, Fernyhough says. So far, the research has focused on auditory hallucinations. And to many, the need for that work is quite clear. Eleanor Longden, a mental-health researcher and advocate, has publicly recounted how her own auditory hallucinations have shifted between neutral and distressing at different points in her life. She’s made the case that the social stigma and judgment she received from her doctor at the time made them more negative.

“Hallucinations can be very distressing and debilitating. They can also be neutral or positive,” Fernyhough says. “A better understanding of how they occur and how they can be managed could alleviate a great deal of mental distress.”

Joseph Frankel is a former editorial fellow at The Atlantic.