The Economics Behind Grandma’s Tuna Casseroles 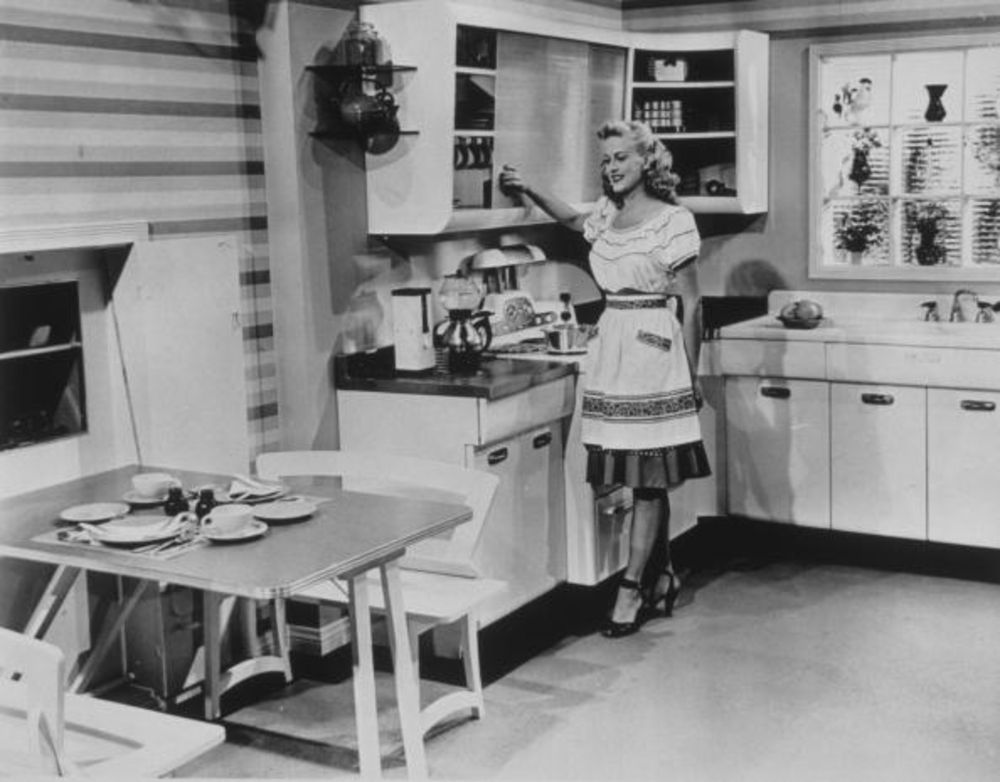 Spam and pineapples, anyone? Photo from Keystone Features/Getty Images.

I was born to be a food snob.

I grew up on New York’s Upper West Side in the 1970s and 1980s, in the afterglow of the food revolution that moved the city, and then American food, away from bland mid-century concoctions toward something spicier and more diverse. And I was born to a woman who took all that very seriously. My mother arrived in New York with a solid grounding in the basics, and painstakingly taught herself to make fish sauces that took three days to prepare properly. She made her own croissants from scratch.

We were the sort of people who did our grocery shopping like a trade caravan moving from oasis to oasis. You started, perhaps, at Fairway Market in the ’70s, for produce, and then you moved methodically up Broadway from point to point: Bruno’s for fresh pasta, Citarella for meat, Zabar’s for cheese and deli sundries, H&H for bagels, the Korean vegetable market on the corner for staples you might have forgotten to grab at some earlier stop. Then you cooked. Unless it was her busy season (my mother sold real estate when she was not simmering blanquette de veau), we had a fresh cooked meal from scratch every night.

If this sounds unbearably precious, it wasn’t, because the great blessing of my life is that my mother did not let me become a food snob. She was from a small town in middle America, and she did not view this as any great handicap. Nor did she look down on the culinary tradition she inherited from her mother, a “good plain cook” of the miracle-whip-and-white-bread Midwestern persuasion whose pie crust was infallible. We did not mess around with limp chicken breasts and cans of Campbell’s Soup, but I have eaten plenty of Jell-O salad, and liked it. (On summer days, I still occasionally crave shredded carrots and crushed pineapple embedded in orange jello made with ginger ale. Don’t sneer; it is delightful and refreshing.) Apples, bananas and raisins, dripping with Miracle Whip, were served as a salad in my house, and one of my favorite dishes from my grandmother was ground meat and pasta shells in Ragu. I still bake out of the Betty Crocker 1950 cookbook, and have never found a better guide to the classic American layer cake.

So I’m always a bit bemused when I read articles pondering why our grandparents cooked such dreadful food. True, reading about your grandmother’s idea of what constituted a nice Asian meal is a bit lip-puckering. But why are people forced into flights of fancy to explain why our near ancestors ate like this? All too often, cooking is explained in terms of social norms about femininity, or immigrants, or, in one New York Times column, the Cold War. This is all very well for sophomore sociology classes, but why does no one ever offer simple theories such as “they liked it”; “they thought it looked pretty like that”; or “that was what they could afford”? Having read quite a lot of the era's cookbooks and food writing, I find these the most likely reasons for the endless parade of things molded, jellied, bemayonnaised and enbechameled.

The modern foodie cannot imagine a world in which he or she would enjoy sitting down to a meal of poached eggs on toast points drowned in floury white sauce, followed perhaps by a dainty frozen salad. And after looking at food pictures of the era, you can sort of understand why. Photographers hadn’t yet figured out how to make food look appetizing on camera. Nor were the Technicolor hues then in fashion very kind to their culinary subjects. I confess that I myself, who have eaten and enjoyed eggs a la goldenrod, often find it hard to imagine what the cookbook authors were thinking.

And yet, I assume they were thinking something, and it probably wasn't, “This will show those Reds what the Good Life looks like.” In fact, when I try to come up for explanations for their tastes, none of the fashionably political theories even make the top ten.

Here are my prime candidates for why I think they ate like that:

Explaining the food of yesteryear doesn’t require exotic theories about culture and politics. It mostly requires understanding the economics of food production and distribution, and the path dependence of culinary choices. The past is indeed another country, and like every country, it had its own cuisine that made the most of local resources.

Megan McArdle is a Bloomberg View columnist. She wrote for the Daily Beast, Newsweek, the Atlantic and the Economist and founded the blog Asymmetrical Information. She is the author of "“The Up Side of Down: Why Failing Well Is the Key to Success.”