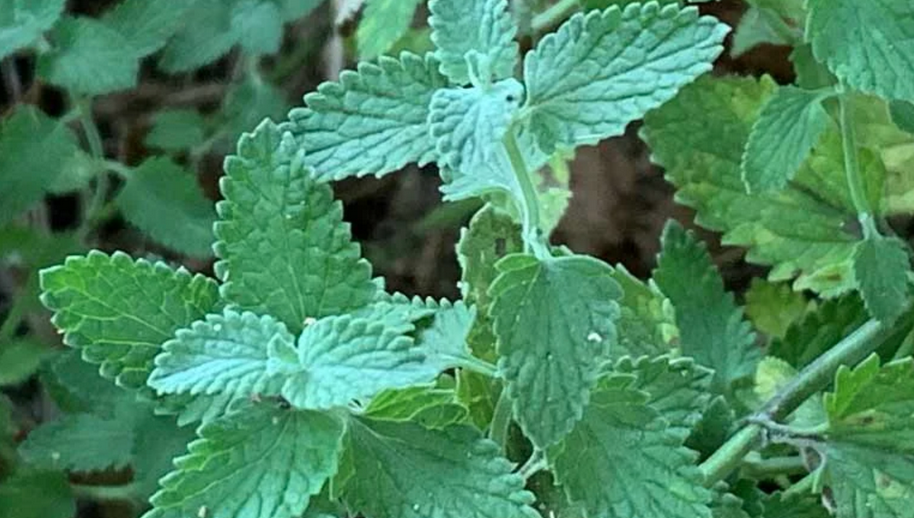 Certain wild plants contain compounds and scents that discourage bugs, you just have to learn how to properly identify the plants and use them correctly. Photo by Tim MacWelch

Unless you’re an entomologist (and on the clock), you probably hate being surrounded by bugs, especially if they bite. While these creatures play important roles in the environment, they can be a real nuisance to humans in the outdoors, and some of these bugs do transmit diseases. Your favorite store-bought bug repellent can keep them away for awhile, but what happens when the DEET can runs dry? Worse yet, what about when you’re in a survival situation and the bugs won’t leave you alone? Thankfully, there are some natural options to beat the bugs without all the chemicals.

1. Make Your Own Repellent 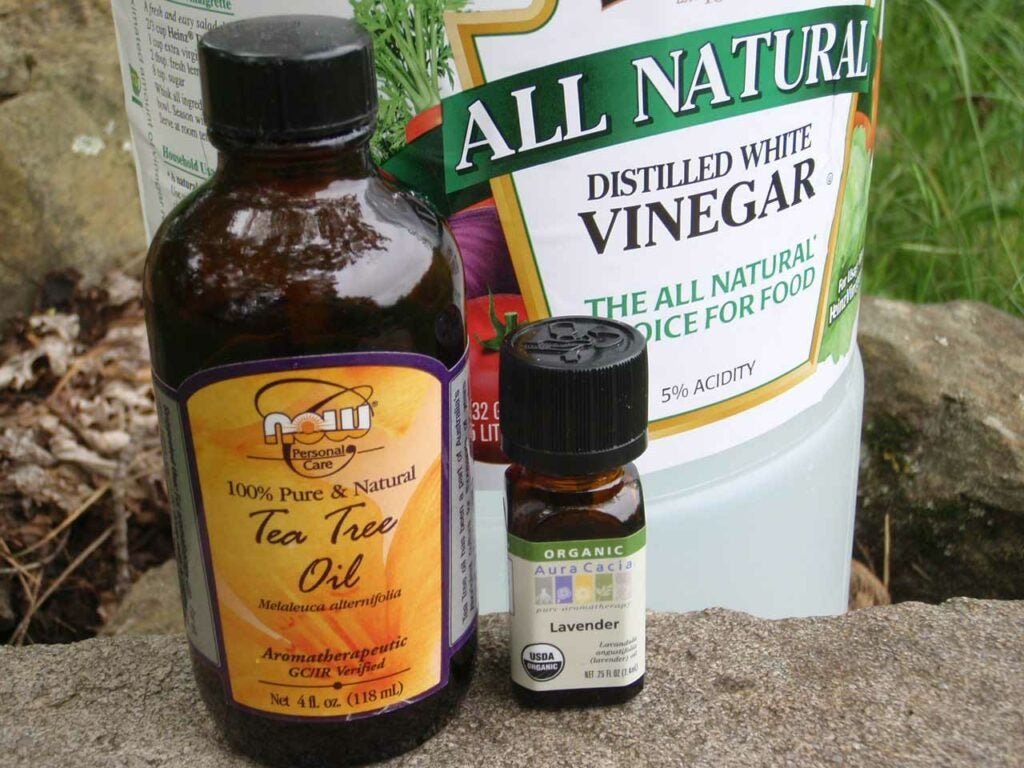 Before you venture into the wild, plan ahead by creating your own bug repellent with ingredients you can feel good about. Photo by Tim MacWelch

Add the ingredients into a clean spray bottle and shake well. Spray your boots, clothing and skin with a generous coating before heading outside. Reapply every two to four hours for best results.

Ticks are more than a nuisance for our dogs. These troublesome arachnids are found in every habitat in the U.S., and we host more than 90 of the world’s 900 tick species. Many of these species pose a significant threat to outdoor enthusiasts, transmitting diseases such as Lyme disease, anaplasmosis, babesiosis, Powassan disease, Rocky Mountain spotted fever (RMSF), ehrlichiosis, STARI (Southern tick-associated rash illness), tularemia and other diseases. Spot them by wearing light colored clothing and doing frequent “tick checks” throughout the day. Remove embedded ticks quickly to limit your risk of contracting a tick-borne disease. Use tweezers or a tick removal tool to grab the tick by the mouth, pinching your own skin if necessary, then pull it straight out.

3. Watch Where You Put Your Gear 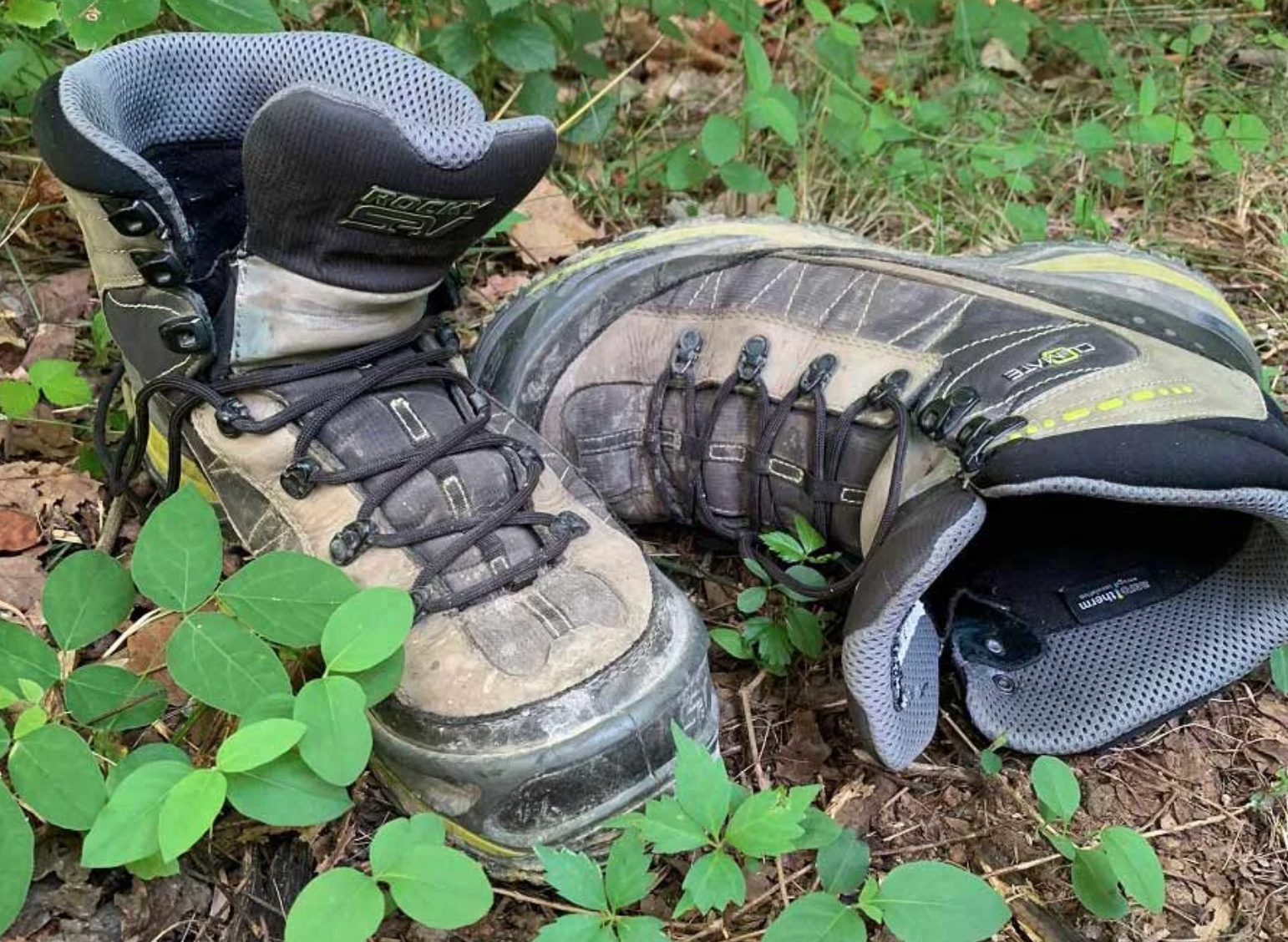 Many of us put our stinking boots outside of our tents at night, but there’s a risk when leaving your gear out in the open. Photo by Tim MacWelch

Scorpions, spiders, centipedes and other venomous creatures may consider your unattended boots, gloves, or other garments as a fine new home, especially if they have been undisturbed for a few hours. Then guess what happens when you suddenly pick these items up and put them on? The animal gets pressed against your skin and it bites or stings you. The venom can range from mild to intense, depending on the creature that you’ve disturbed and its size. Take scorpions as an example. With more than a thousand known scorpion species in the world, there are plenty we’ll encounter in our travels. Mercifully, there are only 25 known to carry venom that would kill a human. From that group, there’s just one that lives in the continental U.S. It’s the Arizona bark scorpion (Centruroides sculpturatus) and its venom is on the low end of the spectrum (fatalities are very rare, usually occurring in small children and those with health problems). So how do we avoid the sting or bite? Don’t leave your clothing, gloves or footwear on the ground or outside overnight. Don’t hang your jacket on a tree. Don’t give them a chance to crawl into your open backpack. Gear that’s not being worn should be put away, closed up or otherwise moved out of the creature’s reach. Yes, it’s a pain, but it’s less painful than getting bitten or stung.

4. Use Wild Plants as Repellents 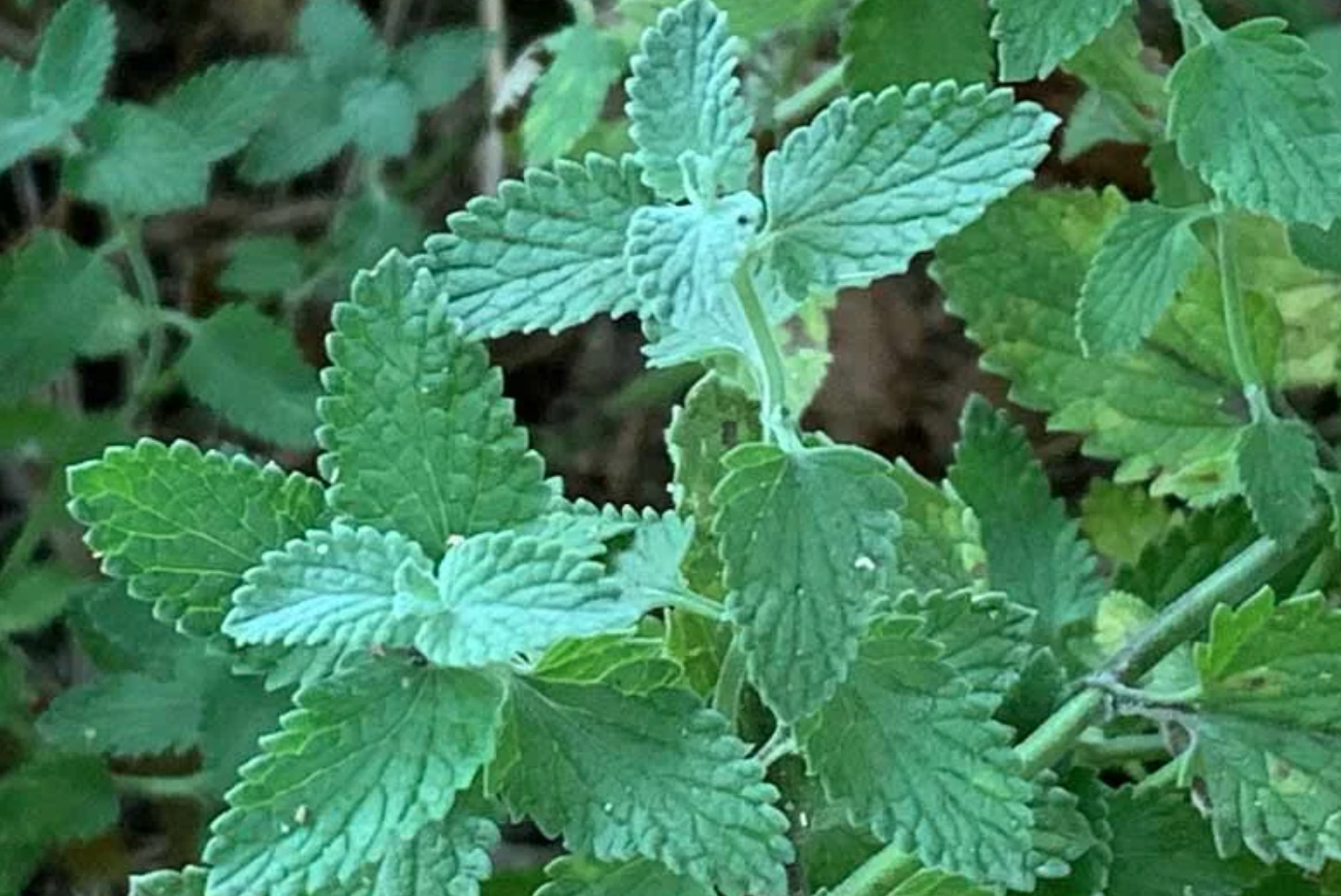 Certain wild plants contain compounds and scents that discourage bugs, you just have to learn how to properly identify the plants and use them correctly. Photo by Tim MacWelch

Depending on your environment, there may be many wild plants which contain bug repelling compounds. Some of these may be native species and others may have been brought to this continent for various purposes. Either way, it could be very helpful to learn about the plant species that can ward off pests in the outdoors. Before you start scrubbing wild plants all over yourself, use a wild plant field guide to make 100 percent positive identification of any plant or plant part.

Paw Paw (Asimina triloba): This native tree species is commonly found along rivers and waterways throughout the eastern U.S. It bears large tropical-looking fruits (edible to people) that ripen in late summer. The trees also bear large ovate leaves which can be crushed and wiped on your skin as a useful insect repellent. The leaves are at their best in the spring and early summer, when their strong scent can remind us of fresh asphalt.

Catnip (Nepeta cataria): This common mint family member is a non-native species, brought to these shores for more than just driving your cat insane. A tea from the leaves can have a calming effect in humans and the plant can repel mosquitoes and other flying insects. The easiest way to use the plant is to crush the fresh leaves and stems onto your skin and clothing.

Pineapple weed (Matricaria matricarioides): Another non-native species, this unusual little wildflower doesn’t look like a pineapple but the leaves smell like it. Often found on roadsides and other disturbed ground, the feathery leaves and tender stems can be crushed and applied to skin and clothing to repel insects, especially mosquitoes. 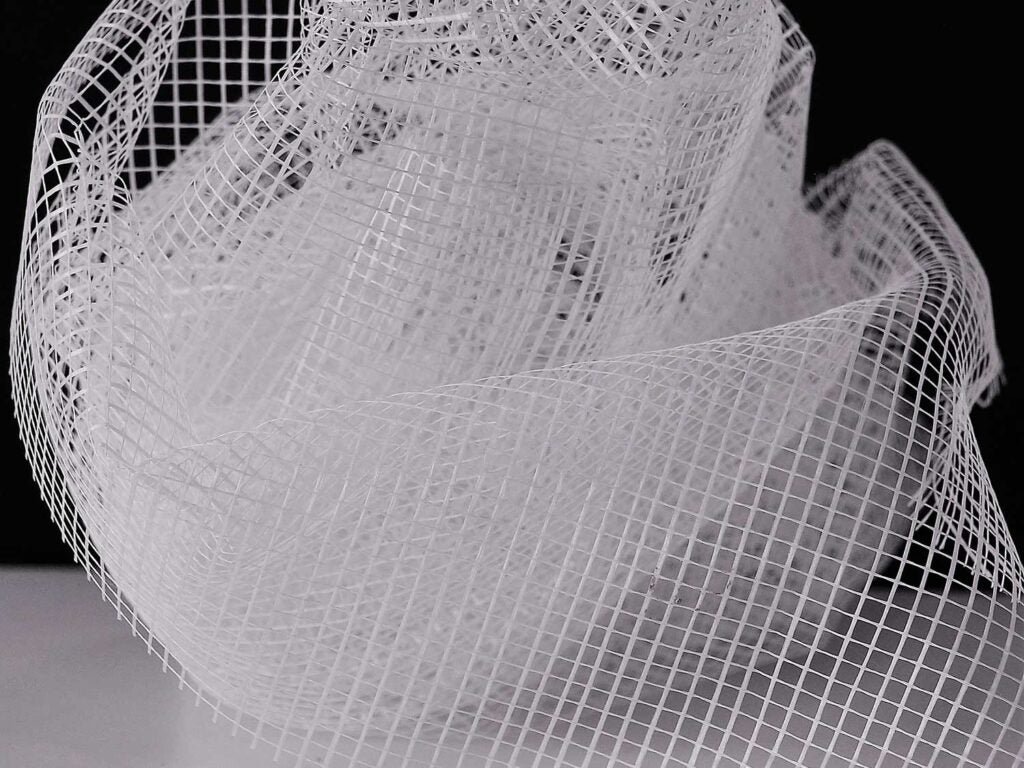 Bug netting may be your best non-chemical defense for flying insects, especially in areas where the bugs are relentless. Photo by Pixabay

They don’t have to be expensive and they won’t be pretty. They might just save your sanity though, and block the transmission of disease. Mesh bug suits and netted headwear can block the bugs when they come on strong. This is much more effective than wearing multiple layers of clothing, as some people do, or by applying buckets of bug repellent. Make sure your exposed skin is covered and eliminate all gaps in your mesh suit and headwear. The only thing worse than having multiple bugs flying around inside your head net is not having a head net in the first place. Consider a sleeping net too, as these save lives in parts of the world. Mosquitos are more than just bothersome, they can transmit the malaria parasite (plasmodium, which kills over 1 million people per year globally), and many different viruses that cause encephalitis and dangerous fevers (like chikungunya, dengue, yellow fever, St. Louis encephalitis, West Nile virus and Zika).

6. Smoke the Bugs Away 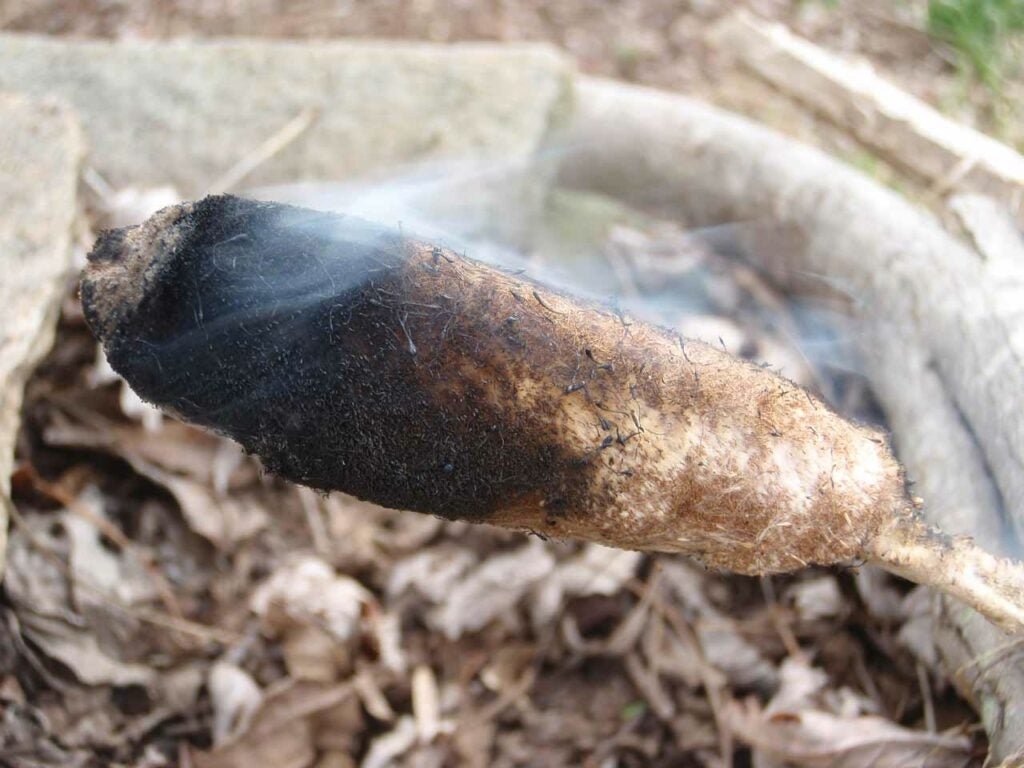 From foul cigars to smoldering rotten wood or cattail heads, there are plenty of ways to produce smoke and most of these are effective at repelling insects and other pests. Photo by Tim MacWelch

Some savvy fishermen know how to beat biting flies and other pests around the water. They smoke cheap (or very good) cigars when the air gets buggy. For non-smokers (and those who’ve run out of cigars), there are plenty of other options – ones that won’t get you hooked on nicotine. It turns out that any smoke can act like a natural bug repellent, though some are much better than others. Remember grandma’s cedar chest full of blankets? Cedar has long been known as a natural bug repellent and cedar bark is famous for smoldering (rather than bursting into flame). So a bundle of smoldering cedar bark can help to keep the bugs at bay, and it’s also a fine way to transport a fire in the form of embers (for example, if you were leaving one camp and moving to another).

Another option for smoke uses a plant that normally grows by the water, like cattails. The dead brown seed heads can be found atop the tall grass-like plants. Grab one of these “burnt corn dogs” and apply an open flame to one end of it. Once smoldering, smoke will begin to drift out of it. Place the seed head upwind from you with the glowing end into the wind, and sit where the smoke can bathe you. Similarly, a fireproof container of crumbly rotten wood (aka punk wood) can also be lit to provide smoke. This is especially useful for “smudging” primitive survival shelters. Place the container of burning punk wood on the bare dirt floor of your shelter and allow the smoke to fill the structure. This will drive out insects, spiders and other unwelcomed guests. Repeat every few days in warmer weather, weekly or as needed in cooler weather.

7. Cover Up With Mud 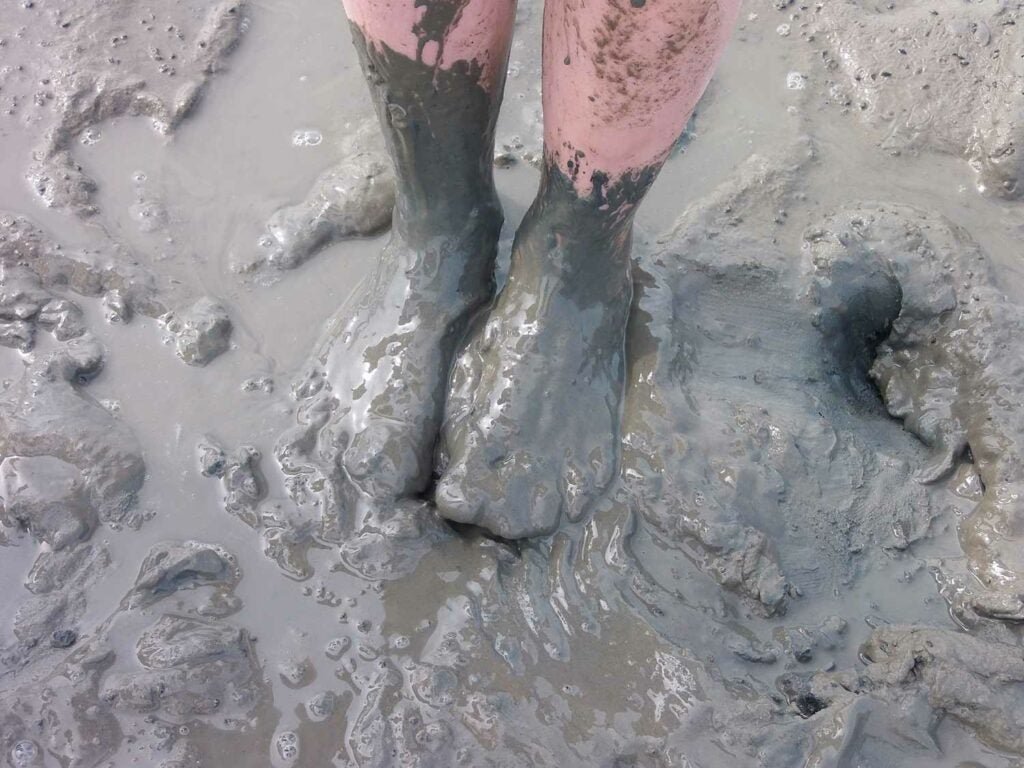 It’s disgusting, but more effective at preventing bug bites than you can imagine. Photo by Pixabay

You’re really serious if you go to this is extreme, but certain bug-infested environments may require this drastic solution. When smoke and wild plant scents aren’t strong enough to keep the bugs off your tender skin, you can create a physical barrier by coating your skin (and any thin clothing) with a layer of mud. Not only is this an effective camouflage against humans (remember the movie Rambo?), the mud suit is also effective when hiding from bugs. With the mud fresh and wet (and after it dries into a crusty shell), you’ll be wearing a surprisingly effective barrier that most bugs will not try to penetrate. It’s also useful for hiding your scent, which could come in handy while hunting. 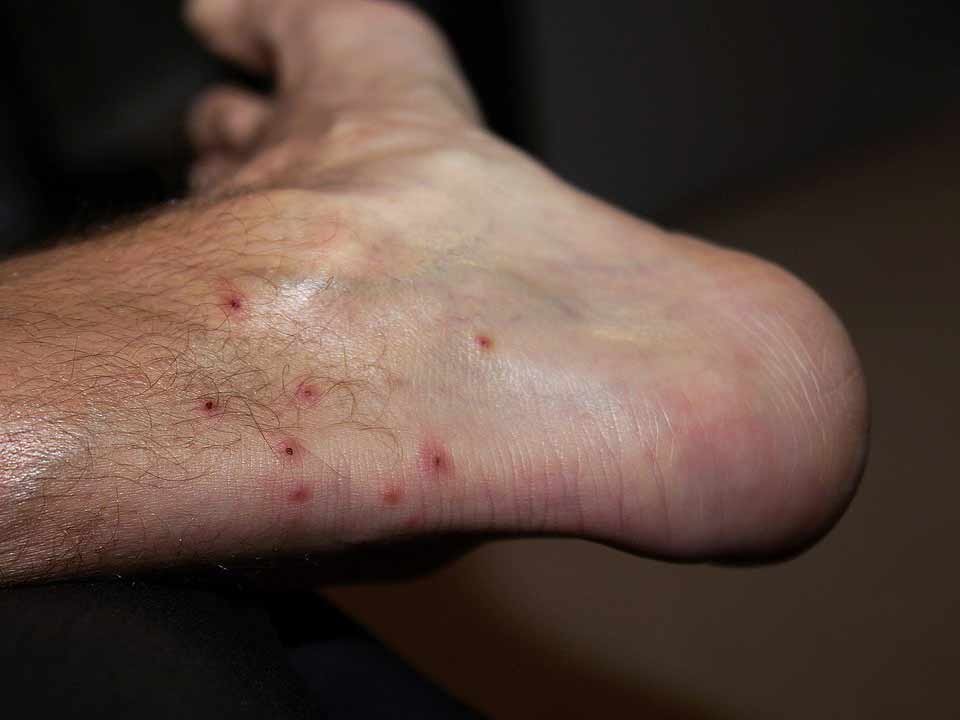 Worse that poison ivy, chiggers can create itchy bumps that last up to two weeks. Photo by Wiki Commons

Sometimes, avoidance is the best way to win a fight. Chiggers (red bugs and harvest mites) are tiny biting arachnids that are found globally. Here in the U.S., there are only two species that impact us as outdoor enthusiasts. Eutrombicula alfreddugèsi is the main culprit, and the recently hatched larvae are the troublemakers. Too small to see with the naked eye, these hatchlings are hungry for any blood they can find (human or animal). Though they don’t transmit diseases, the intense itching of their bites can last for weeks. This has led to the popular (and incorrect) belief that these creatures burrow under your skin. In actuality, the larvae inject an enzyme into your skin, dissolving some skin cells (for them to drink) and hardening other skin cells (to make a “drinking straw” known as a stylostome). It’s this transformed tissue that causes such a severe itch, not a bug under your skin.

The best defense is to avoid likely breeding grounds where the larvae would be plentiful. Since they dry out easily, damp grassy areas, swampy spots, low lying and riverine environments are hot spots. Avoid these in late spring and early summer. If you do suspect you’ve wandered through their domain (due to a sensation of tiny prickly bites under your clothes), change your clothing immediately. They can crawl around in your clothes for hours, biting you in many different places. If you only had one set of clothes (say, in a survival setting), take the clothing off and hang them to dry for 30 minutes by a hot fire (socks and underwear too). This dry heat will kill the larvae.