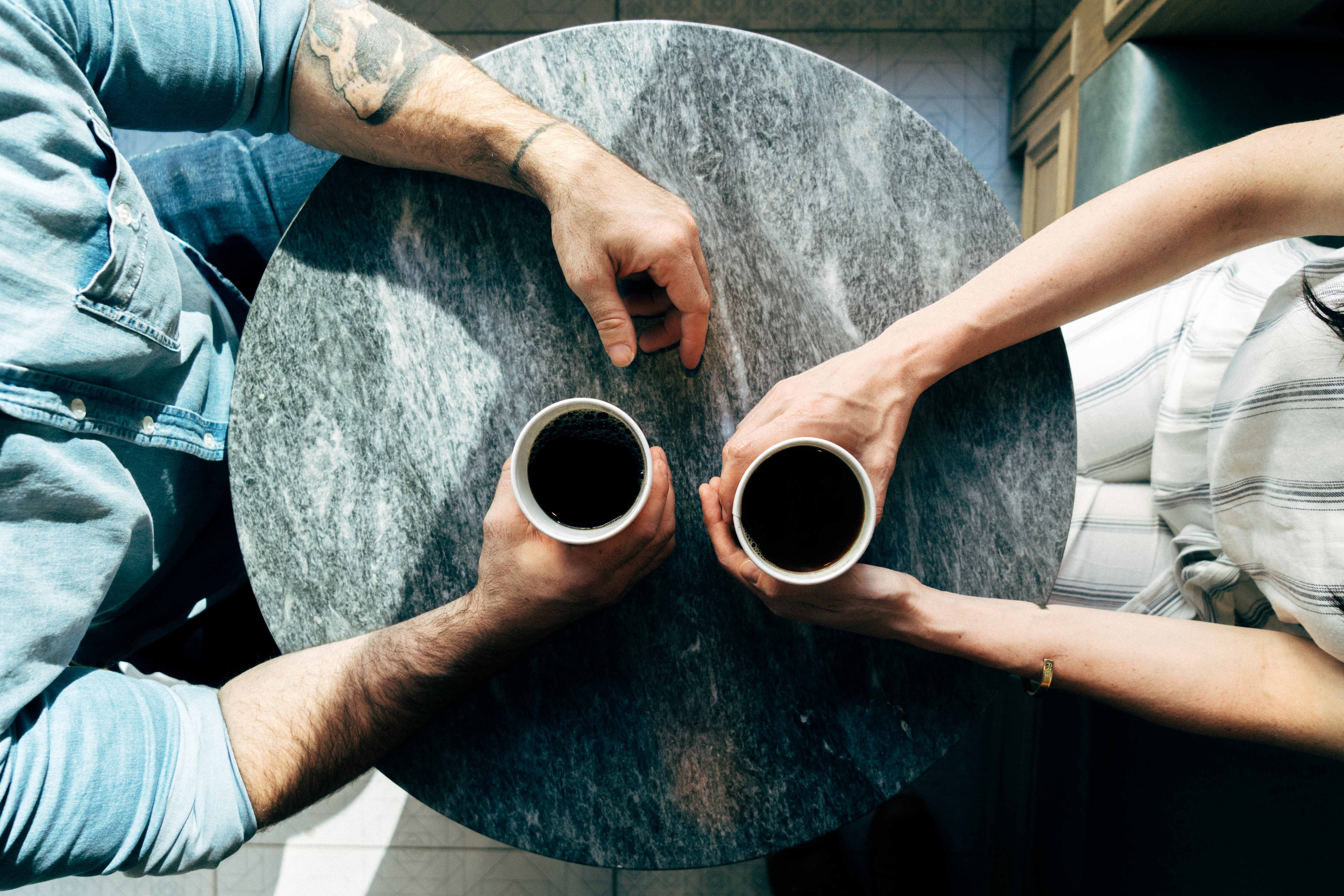 It’s not what you say, it’s how you say it – isn’t it? According to language analysts, we may have this wrong. ‘‘We are pushed and pulled around by language far more than we realise,” says Elizabeth Stokoe, professor of social interaction at Loughborough University. Stokoe and her colleagues have analysed thousands of hours of recorded conversations, from customer services to mediation hotlines and police crisis negotiation. They discovered that certain words or phrases have the power to change the course of a conversation.

Some of these words are surprising, and go against what we’ve been taught to believe. (For example, in a study of conversations between doctors and patients, evidence showed that doctors who listed “options” rather than recommended “best-interest” solutions, got a better response, despite the suggestion from hospital guidelines to talk about the best interests of the patient.) But, from conversation analysts such as Stokoe to FBI negotiators and communication coaches, we’re learning which words are likely to placate or persuade us. Here are some of the biggest dos and don’ts.

One of the first words Stokoe came across that seemed to have a magical effect on people was “willing”. “It started with looking at mediation telephone calls,” she explains – that is, calls to or from a mediation centre, where the aim was to persuade people to engage with mediation to resolve their conflicts. “When they’re in a dispute, people usually want a lawyer or the police. They don’t really want mediation, so they’re quite resistant.”

Stokoe found that people who had already responded negatively when asked if they would like to attend mediation seemed to change their minds when the mediator used the phrase, “Would you be willing to come for a meeting?” “As soon as the word ‘willing’ was uttered, people would say: ‘Oh, yes, definitely’ – they would actually interrupt the sentence to agree.” Stokoe found it had the same effect in different settings: with business-to-business cold callers; with doctors trying to persuade people to go to a weight-loss class. She also looked at phrases such as “Would you like to” and “Would you be interested in”. “Sometimes they worked, but ‘willing’ was the one that got people to agree more rapidly and with more enthusiasm.”

What to say Deploy it when you’ve already been met with some resistance: “I know it’s not your first choice, but would you be willing to meet on Friday?”

In 2015, Ellen Leanse, a former Google executive, wrote a LinkedIn blog about the way men and women use the word “just”’. In the blog, which went viral, she claimed that women use it far more often than men. “It hit me that there was something about the word I didn’t like. It was a ‘permission’ word – a warm-up to a request, an apology for interrupting, a shy knock on the door before asking: ‘Can I get something I need from you?’”

Leanse asked her co-workers to have a moratorium on the word “just”, banning it from their communication. She claimed the difference in how confident people felt was noticeable after a few weeks. Her evidence wasn’t scientific, but, even so, “just” is one of those words that has a habit of creeping into our emails and spoken conversations. Fine if you’re trying to be placatory, but if you want to have more authority, lose the “just”.

What to say Try your own experiment over the next week. Read your emails back before you send them and count the number of times that “I just wanted to” or “Could I just” appear. Edit them out and see the difference in tone.

Do use: speak (instead of talk)

The word “talk” seems to make a lot of people resistant to conversation. “We observed this when looking at interactions between police negotiators and suicidal persons in crisis,” Stokoe says. Negotiators who used phrases such as, “I’m here to talk” met with more resistance. “Persons in crisis would often respond with something like: ‘I don’t want to talk, what’s the point in talking?’”

When the verb was “speak”, however, persons in crisis were more likely to open up the conversation or offer new information.

Why the difference? Stokoe suspects it’s because the cultural idioms associated with “talk” cast a negative shadow. “‘You’re all talk; talk is cheap; you talk the talk, but don’t walk the walk’: we seem to think that people who want to talk don’t place much value on what we’re saying.”

There was a similar difference in the effectiveness of the word “sort”, as opposed to “help”. “Let’s sort it” feels much more direct and active. “There’s no point in trying to fake a softly-softly relationship with someone in crisis. Better to be practical and direct.”

What to say If you really want someone to engage with you, use, “Can I speak to you about this?”, rather than “Can we talk?”

Stokoe uses her research to work with groups on improving their communication, including groups of business-to-business cold callers. “One of the main messages of that work was to tell people to stop building rapport,” she says. “Sales people are trained to do small talk at the beginning of calls, but we were able to show with our research that it doesn’t work.

“Not only is there no evidence of reciprocal rapport-building, but also you’re more likely to irritate the other person and extend the length of that call.”

It’s not so much that the “How are you?” is rude, but rather that it’s false. In real life, no one asks “How are you today?” in that cold-call way, if they know the person and genuinely want an answer to the question. We would rather they got to the point.

What to say The next time you have to speak to someone you don’t know, don’t be overly friendly. Stick to being polite.

Do use: some (instead of any)

“Anything else I can do for you?” Sounds like a perfectly reasonable question, doesn’t it? But John Heritage and Jeffrey Robinson, conversation analysts at the University of California, Los Angeles, looked at how doctors use the words “any” and “some” in their final interactions with patients. They found that “Is there something else I can do for you today?” elicited a better response than “Is there anything else?”

“Any” tends to meet with negative responses. Think about meetings you’ve been in – what’s the usual response to “Any questions?” A barrage of engaging ideas or awkward silence? It’s too open-ended; too many possibilities abound. Of course, if you don’t want people to ask you anything, then stick to “Any questions?”

What to say Try not to use “any” if you genuinely want feedback or to open up debate. “What do you think about X?” might be a more specific way of encouraging someone to talk.

If you’re stuck in a circular argument and you’re convinced that you’re the reasonable one, try listening out for how often you both use the phrase “Yes, but”.

“We all know the phrase ‘Yes, but’ really means ‘No, and here’s why you’re wrong’,” says Rob Kendall, author of Workstorming. A conversation expert, Kendall sits in on other people’s meetings as an observer. The phrase “Yes, but” is one of the classic warning signs that you’re in an unwinnable conversation, he says. “If you hear it three or more times in one discussion, it’s a sign that you’re going nowhere.”

What to say Kendall advises shifting the conversation by asking the other person “What’s needed here?” or, even better, “What do you need?” “It takes you from what I call ‘blamestorming’ to a solution-focused outcome.”

Rapport-building may be of little value in cold calls, but it can be essential if you’re trying to bring someone round to your point of view or end a conflict. As former FBI negotiator Chris Voss writes in Never Split The Difference, his manual of persuasive techniques, there are five stages in what’s known as the “behavioural change stairway model” that take anyone from “listening to influencing behaviour”. The first stage is active listening – namely, being able to show the other person that you have taken in what they’ve said and, more importantly, have a sense of what it means to them.

Rather than focusing on what you want to say, listen to what the other person is telling you, then try to repeat it back to them. Start with, “It seems like what you’re saying is” or “Can I just check, it sounds like what you’re saying is”. If that feels too contrived, it often works simply to repeat the last sentence or thought someone has expressed (known in counselling practice as “reflecting”).

What to say Try, “It seems like you’re feeling frustrated with this situation – is that right?” Always give the other person the opportunity to comment on or correct your assessment.

“‘Hello’ is a really important word that can change the course of a conversation,” Stokoe says. “It’s about how you respond to people who are what we call ‘first movers’ – people who say something really critical, apropos of nothing.” It might be the work colleague who steams up to your desk with a complaint or the neighbour who launches into a rant about parking as you’re putting out the bins. “What do you do with that person? Rather than respond in the same manner, saying something nice, such as a very bright ‘Hello!’, derails and socialises that other person a little bit.”

What to say Use it when you want to resist getting into a confrontation. “You have to be careful not to sound too passive-aggressive,” Stokoe says, “but just one friendly word in a bright tone can delete the challenge of the conversation.”

Photo by Joshua Ness on Unsplash