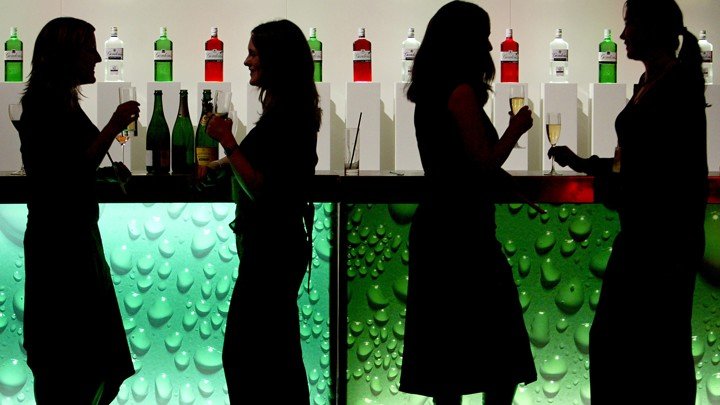 There are two dominant cultural ideas about the role women play in helping other women advance at work, and they are seemingly at odds: the Righteous Woman and the Queen Bee.

The Righteous Woman is an ideal, a belief that women have a distinct moral obligation to have one another’s backs. This kind of sentiment is best typified by Madeleine Albright’s now famous quote, “There is a special place in hell for women who don’t help each other!” The basic idea is that since all women experience sexism, they should be more attuned to the gendered barriers that other women face. In turn, this heightened awareness should lead women to foster alliances and actively support one another. If women don’t help each other, this is an even worse form of betrayal than those committed by men. And hence, the special place in hell reserved for those women.

The Queen Bee belief, on the other hand, argues that in reality women just can’t get along. As Sheryl Sandberg and Adam Grant point out in their essay in The New York Times on the myth of the catty woman, this belief rests on the erroneous idea that there is something inherent to the female sex that causes women to undermine each other on the job all the time.

The idea of a Queen Bee syndrome dates to research first done in the 1970s. The syndrome encompasses a set of behaviors ranging from women disparaging typically feminine traits (“Women are soooo emotional”), to emphasizing their own “masculine” attributes (“I think more like a guy”), to seeing claims of gender discrimination as baseless (“The reason there are so few women at the top is not because of discrimination. It’s that women are just less committed to their careers”), to being unsupportive of initiatives to address gender inequality. The ultimate Queen Bee is the successful woman who instead of using her power to help other women advance, undermines her women colleagues.

Although these two archetypes (one a model, the other a cautionary tale) seem to be at odds, they overlap in that they both further a double standard—that conflict between men is normal but between women it’s dysfunctional. When men battle it out, they are seen as engaging in healthy competition and vigorous debate. When women do the same things, they are Mean Girls locked in a heated catfight. These perceptions that women are backstabbing and conniving can lead people to believe that workplace disagreements between women are especially damaging. A study found that when a conflict took place between two women coworkers, people expected the consequences to be both negative and long-lasting, for example that the women would want revenge. In contrast, when the identical conflict was between two men or a man and a woman people thought that the relationship could be more readily repaired.

Thus, despite studies showing that men engage in indirect aggression like gossiping and social exclusion at similar or even higher rates than women, it is still widely believed that women are meaner to one another. Such beliefs are so pervasive that even preschoolers think that girls are more likely than boys to engage in relational aggression such as excluding others despite evidence to the contrary. Even the term Queen Bee is gendered. Of course men can be “jerks” or “assholes,” but there is no equivalent term for men who undertake the specific behavior of plotting against their male colleagues to keep them down.

Is there some truth in the Queen Bee stereotype? Are women nastier toward other women than men are to men or than women are to men?

Research on these kinds of behaviors have found instances in which that is the case. For example, a study by psychologists that examined how professors viewed their Ph.D. students found that despite having equal publication records and levels of work commitment, the female professors (but not the male professors) tended to believe that their female Ph.D. students were less committed to their careers than their male students. But this wasn’t uniformly the case. It turns out that it was the older generation of women professors, not the younger generation, who displayed this Queen Bee-like response.

What explains this generational difference? Could it be something about the environment in which the older women pursued their careers that elicited a certain harshness toward their women students? For that older generation, it was extremely rare for a woman to climb the ladder and become a full professor. By the time the younger women arrived, it was much more common. Thus, perhaps it was something about the context in which older women rose up the ranks (fewer women, more barriers, more sexism) that explained their behavior.

Subsequent research has confirmed just that. Queen Bee behaviors are not reflective of some Mean Girl gene lurking in women’s DNA. Rather, to the degree they exist, Queen Bee dynamics are triggered by gender discrimination.

Specifically, studies find that such behaviors emerge when two dynamics come together: gender bias and a lack of gender solidarity, for lack of a better term. When women for whom being a woman is not a central aspect of their identity experience gender bias, Queen Bee behavior emerges.

Here’s why: For women with low levels of gender identification—who think their gender should be irrelevant at work and for whom connecting with other women is not important—being on the receiving end of gender bias forces the realization that others see them first and foremost as women. And because of negative stereotypes about women, like that they are less competent than men, individual women can be concerned that their career path may be stunted if they are primarily seen as just a woman and therefore not a good fit for leadership.

The point is, it’s not the case that women are inherently catty. Instead, Queen Bee behaviors are triggered in male dominated environments in which women are devalued.

This kind of response is not even unique to women. It’s actually an approach used by many marginalized groups to overcome damaging views held about their group. For example, research has found that some gay men try to distance themselves from stereotypes about gays being effeminate by emphasizing hyper-masculine traits and holding negative beliefs about effeminate gays. Social distancing then is a strategy many individuals use who are trying to avoid, escape, or navigate the social disadvantage of the group to which they belong.

While social distancing can enable an individual from an underrepresented group to advance, it does a disservice to the group as a whole because it can legitimize inequalities. When a woman expresses a stereotypical view about another woman, it’s not seen as a sexist statement but rather as an unbiased assessment, since there is a tendency to believe that individuals cannot be biased against members of their own group. But they often are. Indeed, women too can be misogynists. Thus, social distancing behaviors can reproduce larger inequalities.

So what prevents Queen Bee behaviors? Identifying highly as a woman. Women who have experienced gender discrimination but who more strongly identified with their gender don’t react to such bias by trying to distance themselves from other women. Instead, a study found that policewomen who highly identified as women responded to gender discrimination with an increased desire to create more opportunities for other women.

There is plenty of evidence to show that women do indeed support one another. When women work with a higher percentage of women they experience lower levels of gender discrimination and harassment. When women have female supervisors, they report receiving more family and organizational support than when they have male supervisors. And a preponderance of studies show that when more women are in management positions, the gender pay gap is smaller.

So those Righteous Women are out there, and they are making it better for other women.

Marianne Cooper is a contributing writer at The Atlantic, a sociologist at the Clayman Institute for Gender Research at Stanford University, and an affiliate of the Stanford Center on Poverty and Inequality. She is the author of Cut Adrift: Families in Insecure Times and was the lead researcher for Lean In by Sheryl Sandberg.