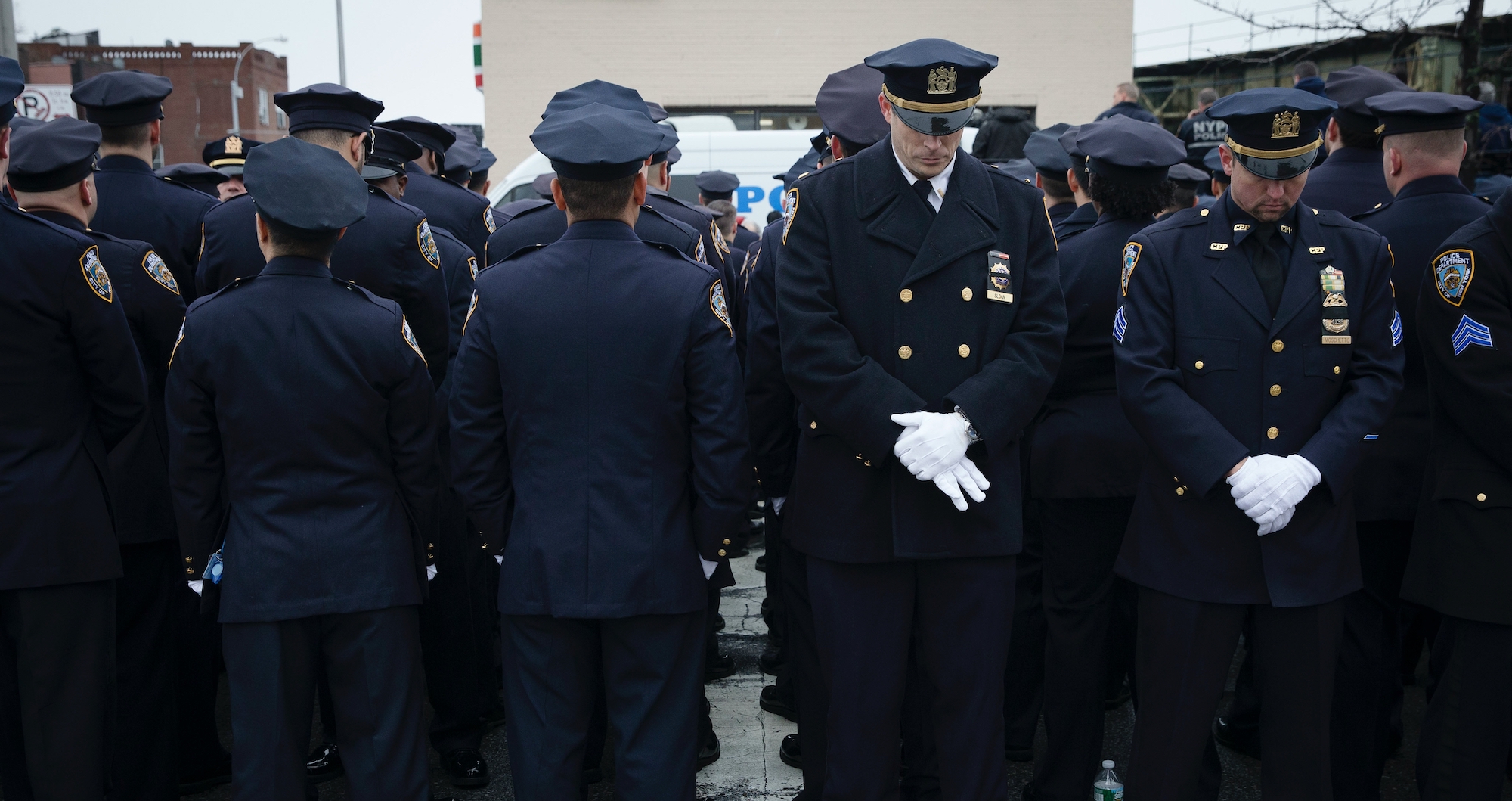 Gallagher’s alleged war crimes were nearly universally condemned up the chain of command, from enlisted men to Navy Secretary Richard Spencer. Indeed, it was Gallagher’s SEAL colleagues who reported the former commando’s actions.

This insistence on holding fellow service members accountable for bad behavior sharply differentiates the military from the police.

When police are revealed to have killed an unarmed suspect or used excessive force during arrest, police generally defend those actions. Cops who report wrongdoing are routinely ostracized as “rats” and denied promotions, according to a 1998 Human Rights Watch study. Researchers identify this so-called “blue wall of silence” – the refusal to “snitch” on other officers – as a defining feature of U.S. cop culture today.

Yet both soldiers and police officers put their lives on the line for their team every day. So what explains these two armed forces’ divergent attitudes toward bad behavior?

As a military lawyer and scholar, I’ve studied this unique aspect of American military ethics.

U.S. military culture stresses organizational, rather than personal, loyalty. When Gallagher’s SEAL colleagues reported him, they were doing what Navy SEALs are taught to do: They put the good of the institution before the individual.

And the pride Marines famously feel, for instance, comes from being part of this well-respected corps. Personal relationships with other Marines are of secondary importance.

Accountability for individual misdeeds is written into U.S. military law. Under the Uniform Code of Military Justice, culpability for criminal conduct is not avoided simply because a superior ordered a criminal act to be committed. Only lawful orders are to be followed. 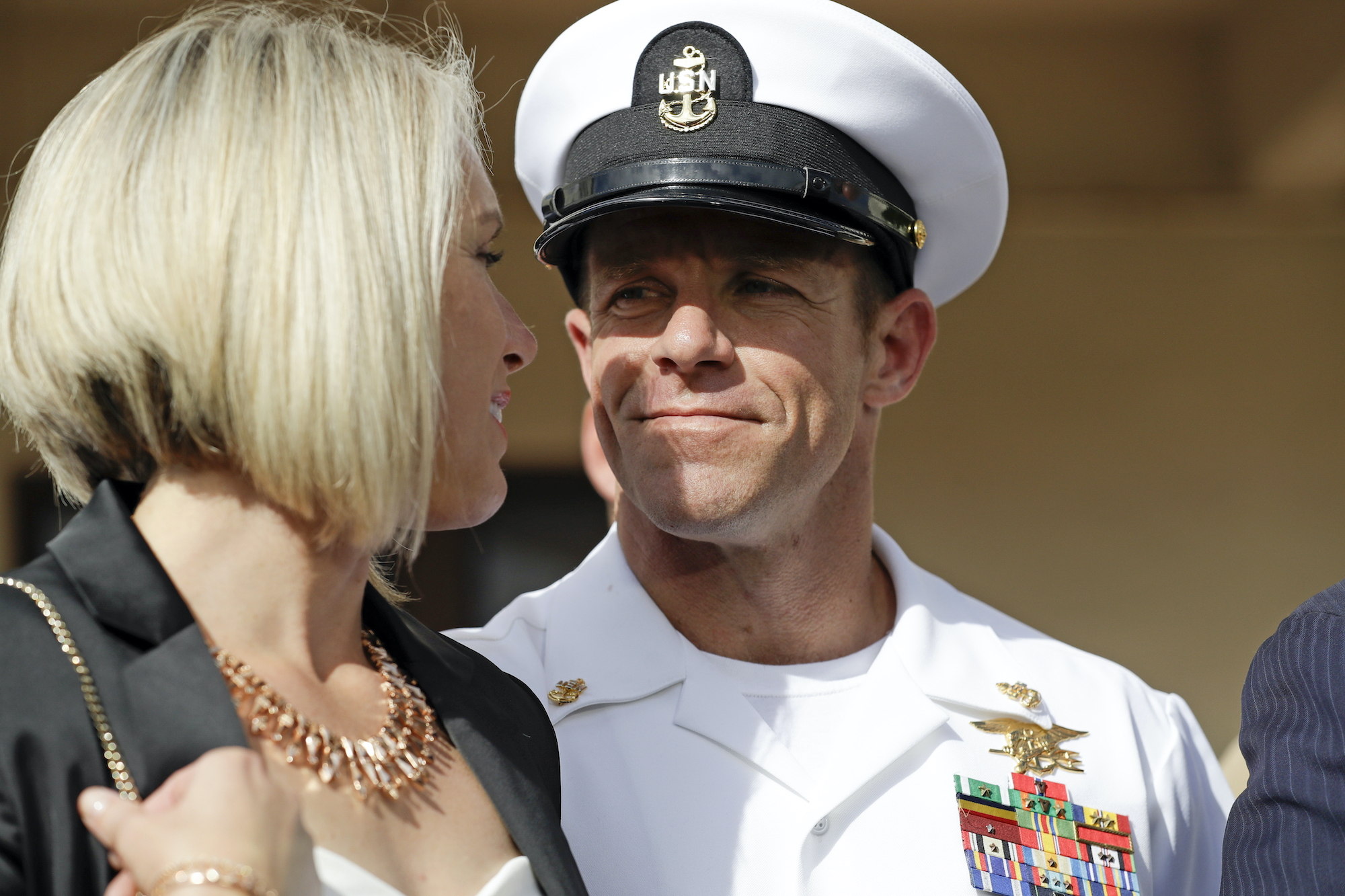 “A soldier is reasoning agent,” a military court explained in the 1991 case U.S. v. Kinder, in which a soldier who killed a civilian was convicted of murder on the grounds that his superior’s order to do so was obviously illegal and should have been reported.

“It is a fallacy of widespread consumption that a soldier is required to do everything a superior officers tells him to do,” the ruling concluded, referencing the Nuremberg trials of Nazi war criminals after World War II.

Not every soldier follows the rules, of course. The U.S. military has covered up atrocities.

The most notorious of these cases include the 1968 My Lai massacre in Vietnam, in which women and children were killed. In 2003, U.S. soldiers badly mistreated detainees at Iraq’s Abu Ghraib prison.

But deeply ingrained military ethics generally make military members wary of the kind of group think that holds up the “blue wall of silence” in police departments.

The police detective Frank Serpico made the power of the blue wall infamous. While working for the NYPD in the 1960s, Serpico observed his colleagues running racketeering operations and punching suspects for fun. When he brought the corruption to light, he was shot in the face in a setup orchestrated by fellow officers.

This ethic is alive and well today, as former Baltimore detective Joe Crystal learned in 2011. Crystal was a rising star in the Baltimore police department. But after telling his superiors that a fellow officer brutally beat a handcuffed suspect, he was demoted, threatened and harassed until he quit.

“If you snitch, your career is done,” he was told, according to a 2011 lawsuit Crystal filed against the department for failing to protect him from retaliation.

Police reluctance to report a fellow officer stems from the politicization of police brutality incidents and the widespread perception among police that nobody outside law enforcement understands their dangerous jobs, research shows. Frustrated at being judged by civilians and public officials who don’t face the life-and-death decisions they do, cops tend to close ranks when things go wrong, police monitors find.

The military is also wary of political interference in military matters. That’s why it takes internal justice seriously.

The Department of Defense is the only governmental organization allowed to operate its own internal criminal justice system – a privilege as remarkable as it is fragile.

The civilian judiciary has long been skeptical of the military’s judicial system. The courts used to worry about due process, particularly the ability of military commanders to improperly influence the outcome of trials. In 1969, the Supreme Court severely restricted the jurisdiction of military courts.

“Courts-martial as an institution are singularly inept in dealing with the subtleties of constitutional law,” the court wrote in O'Callahan v. Parker.

That ruling limited the military justice system to handling purely military offenses, such as abandoning their post or behaving insubordinately. Serious allegations like murder and rape had to be tried in civilian courts.

After Congress and the American Bar Association made significant structural changes to strengthen due process in the military, the Supreme Court in 1987 restored the jurisdiction of the courts-martial.

Today, military judicial proceedings are supposed to be free from political interference, even by the commander-in-chief.

When Trump turned Gallagher’s court-martial earlier in 2019 into a media spectacle by tweeting his support for the former commando, he almost certainly influenced the outcome of the trial. Gallagher was acquitted of all but one charge and sentenced to time served.

“Glad I could help,” the president later tweeted.

When I was the chief of military justice for the California National Guard, I tried dozens of courts-martials, convicting soldiers for larceny, battery and rape.

I could usually get soldiers to level with me, even when telling the truth meant revealing the malfeasance of friends or superiors. They had confidence in the integrity of the military’s legal system, I felt – an understanding that they would be safe if they did the right thing.

In the post-Gallagher era, is that still true? Or will a “camouflage wall of silence” rise?

Dwight Stirling is a Lecturer in Law at the University of Southern California.