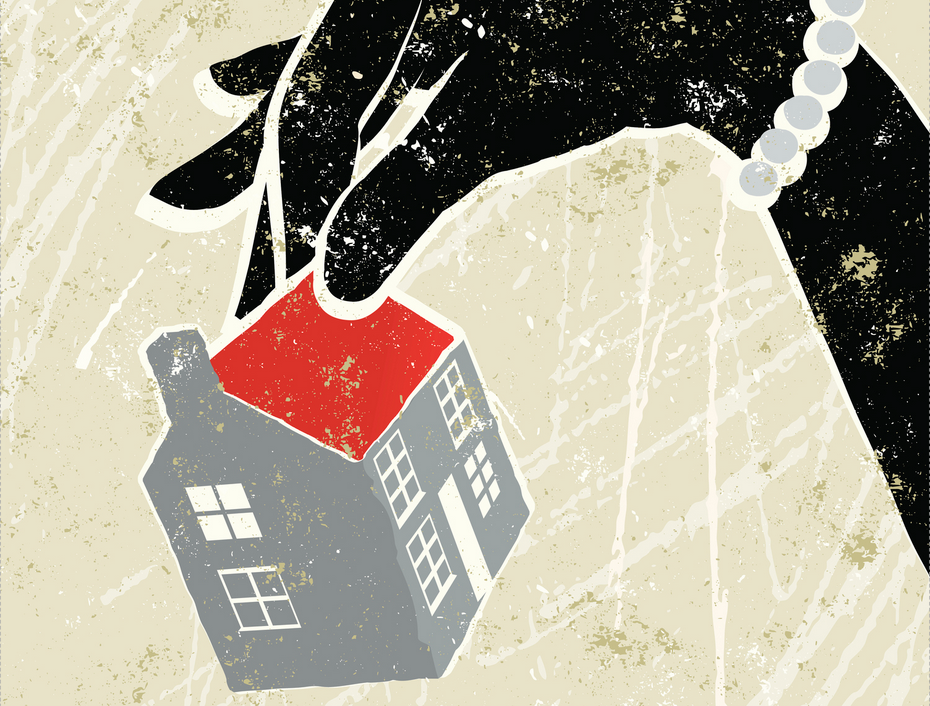 Being able to afford an adequate amount of housing shouldn’t be so far out of reach. Photo by MHJ/Getty Images

When I moved from Brooklyn back to the Bay Area a few years ago, I thought, at first, that the apartment I found was charming. It’s also very small: At the end of a long driveway, inside a former garage, it’s 240 square feet, or roughly the size of one and a half parking spaces.

I still live there—partly because rents in Oakland have surged more than 50% in less than a decade, and in a neighborhood where a typical one-bedroom now goes for more than $2,800, I can’t afford to move. I recognize the value of this type of tiny house, called an accessory dwelling unit or ADU, in theory. In built-up cities with little extra land and residents who fight development, adding tiny cottages in backyards is one way to help address the housing shortage. The small size saves energy and curbs my shopping habits, since there literally isn’t any room for, say, another pair of shoes. But I also question how well tiny homes make sense as a solution for long-term housing—and in some cases, as in the even tinier houses sometimes used as housing for people experiencing homelessness, I wonder if they can sometimes distract from other, more systemic solutions that are necessary.

As tiny houses go, mine is larger than some. One nearby shed-like cottage currently for rent on Craigslist is 120 square feet; another, which rents for $1,600 a month, is 200 square feet. A few miles away from me, a village of 8-by-10-foot tiny houses on wheels is under construction for homeless youth, with a separate communal kitchen and communal bathrooms. Hundreds of others are currently living on the street in much tighter quarters in vehicles or tents. While there’s no official definition for a tiny house, they’re generally said to be around 500 or fewer square feet, making my place somewhat medium-size as far as tiny houses go. (The average size of a new apartment in the U.S., as of 2018, is 941 square feet.)

It’s small enough that doing anything—getting the vacuum from a tiny closet or something out of a drawer in the kitchen—often involves a Tetris-like game of moving multiple other things out of the way. Right now, because I have one chair too many, lowering my Murphy bed from the wall means moving the chair, which then blocks something else.

I can relate to a moment in a Portlandia episode about a tiny house village when Fred Armisen tries to open the fridge and the door bangs into a ladder from the loft. (Armisen’s character, like me, works from home, and in another scene he sits on the toilet with a fold-down desk and his laptop, explaining that the bathroom doubles as a home office as he hands Carrie Brownstein shower gel.) My bathroom, a 3-by-6-foot “wet room” with a walk-in shower, is so small that it doesn’t have a sink, and I have to use the nearby kitchen sink to brush my teeth. Though the apartment is fast to clean, it gets messy equally quickly. Invariably, I meet friends elsewhere, since there aren’t enough places to sit. Even as a minimalist who once happily lived with an ex-boyfriend in a space that was only a little larger, I think it’s too small.

To be fair, the house is beautifully designed, with huge windows and a full, if diminutive, kitchen. For a few days or a couple of weeks, it would be a very comfortable place to stay. With some tweaks, it could be a better fit for long-term living; if the ceiling in the loft was a couple of inches higher, for example, I wouldn’t hit my head when I sat up and it could be used for sleeping, freeing up space on the main level for a more normal-size living room. For someone who spends long hours at an office and only comes home to sleep, the tiny size might be manageable. But for anyone not making a tech industry salary, the main problem with living in a tiny house is feeling like there isn’t another option: The tiniest apartment might be cheap, but there’s little available at a larger size that’s still affordable. Like friends who’ve lived in the same rent-controlled apartment for several years, I feel like I have nowhere to move.

There’s a clearer case for larger ADUs, which can be as big as 1,200 square feet under California law. One study suggests that the average size is around 600 square feet, which seems spacious from my perspective now. And there are so many underused backyards in the Bay Area—and in many other overpriced parts of the country—that building more ADUs could make a meaningful difference.

“There’s no silver bullet to solving the housing crisis,” says Michelle Frey, executive director of the nonprofit Urban Land Institute San Francisco. “It’s similar to climate change, in that it’s going to take all kinds of approaches to help deal with the problem. But there is a lot of potential around ADUs. There are about a million single-family homes in the Bay Area. If 10% of homes had ADUs, we’d have 100,000 units of housing. It wouldn’t solve the problem, considering there’s a several hundred thousand unit gap, but it could go a long way.”

The state of California has worked to make it easier to build accessory dwelling units, passing laws that block cities from charging homeowners excessive fees to set up utilities, waiving requirements for extra parking when homes are near transit stops, and streamlining permitting. In Los Angeles, the city pushed to speed up backyard home construction by going through the process of building a tiny house itself, learning what could be improved. Startups have also tried to speed up adoption, from Cover, which makes custom designs affordable, to Node, which builds tiny homes in factories to reduce construction cost, to Rent the Backyard, which gives homeowners a free tiny house in exchange for a cut of the rent.

Frey argues that in some cases even small ADUs can make sense; a quarter of Americans live alone, and don’t necessarily need much room, especially as many cities work to improve public space and there are an increasing number of places to spend time away from home. But every time I trip over a pile of books in my “living room,” I wonder about the larger picture. In the 1960s, the average homebuyer in the Bay Area paid around twice their annual income for a house. Today, it takes around nine times the median household income (in the area, that income is around $100,000). I’ve watched countless friends move away, from nonprofit managers to preschool teachers, because of the cost of housing. Even in less expensive parts of the country, the cost of housing is still unaffordable for many people. One report found earlier this year that renting a two-bedroom apartment is unaffordable for minimum wage workers in every state. We need more solutions, including different housing tech that can lower construction costs, new housing policies, including policies designed to spur more construction, and salaries that are in line with the cost of living; tiny houses, while cute, can’t fix those issues alone. Being able to pay for an adequate amount of housing—not huge, but larger than a tiny house or apartment—shouldn’t be so far out of reach.

This story has been updated.

Adele Peters is a staff writer who focuses on solutions to some of the world's largest problems, from climate change to homelessness. Previously, she worked with GOOD, BioLite, and the Sustainable Products and Solutions program at UC Berkeley, and contributed to the second edition of the bestselling book Worldchanging: A User's Guide for the 21st Century.