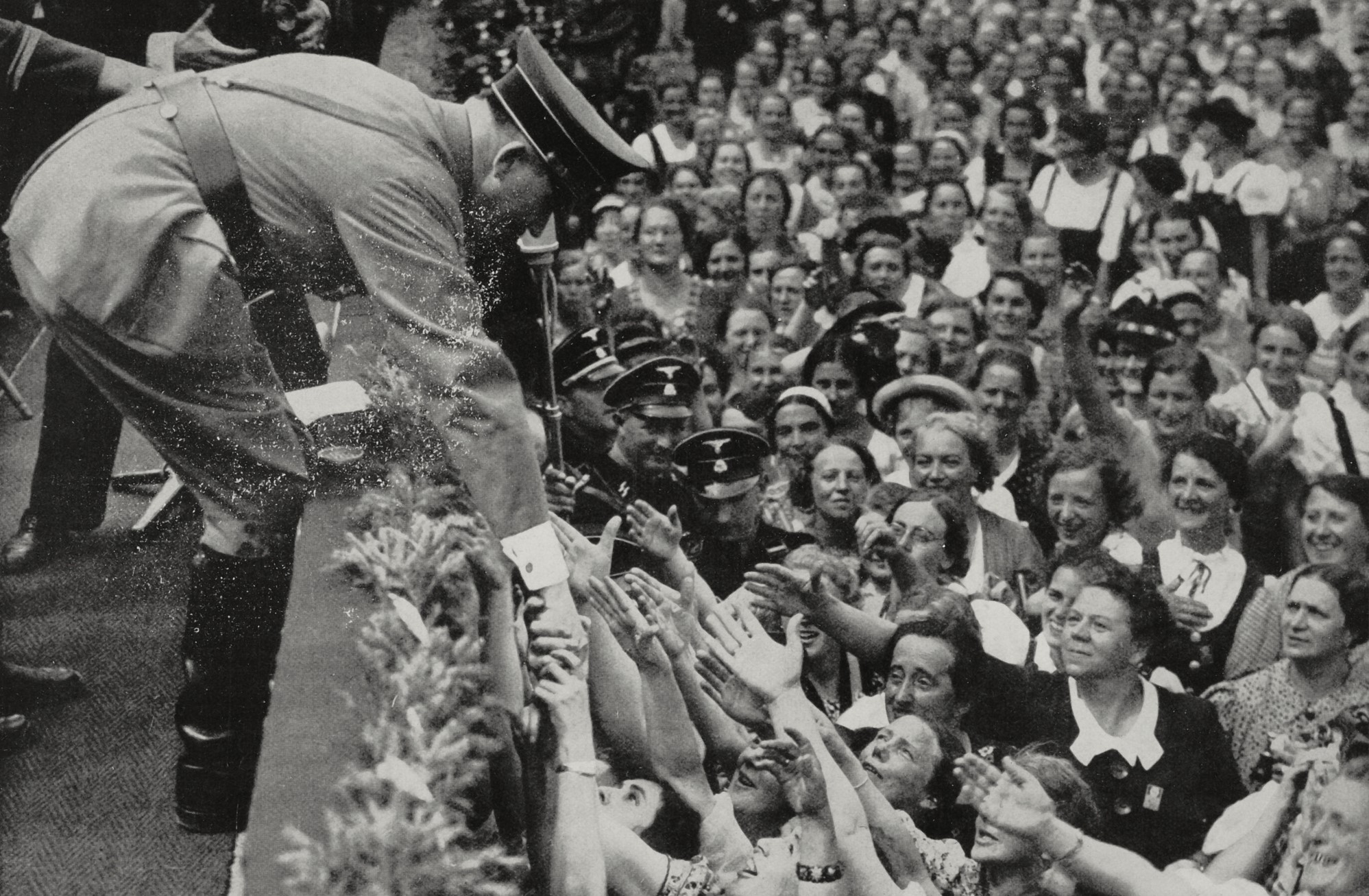 The rise of Hitler and the Nazi Party in the 1930s came on the back of votes from millions of ordinary Germans – both men and women.

But aside from a few high-profile figures, such as concentration camp guard Irma Grese and “concentration camp murderess” Ilse Koch, little is known about the everyday women who embraced the National Socialist German Workers’ Party, known more commonly as the Nazi Party. What little data we do have on ordinary Nazi women has been largely underused, forgotten or ignored. It has left us with a half-formed understanding of the rise of the Nazi movement, one that is almost exclusively focused on male party members.

And yet more than 30 essays on the subject “Why I became a Nazi” written by German women in 1934 have been lying fallow in the archives of the Hoover Institution in Palo Alto for decades. These essays were only unearthed three years ago when three Florida State University professors arranged to have them transcribed and translated. They have since been made available digitally, but have not received widespread attention.

As scholars of Holocaust studies, crimes against humanity and political behavior, we believe the accounts of these women give an insight into the role of women in the rise of the Nazi party. They also point to the extent to which women’s attitudes on feminism differed after the Great War – a time when women were making gains in independence, education, economic opportunity and sexual freedom.

The German women’s movement had been among the most powerful and significant in the world for half a century before the Nazis came to power in 1933. Top-quality high schools for girls had existed since the 1870s, and German universities were opened to women at the beginning of the 20th century. Many German women became teachers, lawyers, doctors, journalists and novelists. In 1919, German women got the vote. By 1933, women, of whom there were millions more than men – Berlin had 1,116 women for every 1,000 men – voted in roughly the same percentages as men for Hitler and National Socialist candidates.

‘Everyone Was Everyone’s Enemy’

The essays unearthed at the Hoover Institution give an insight as to why some of them did.

Dissatisfaction with the attitudes of the Weimar era, the period between the end of World War I and Hitler’s rise to power, is clear in the women’s writing. Most of the essay writers express distaste with some aspect of the political system. One calls women’s voting rights “a disadvantage for Germany,” while another describes the political climate as “haywire,” and “everyone was everyone’s enemy.” Margarethe Schrimpff, a 54-year-old woman living just outside of Berlin, describes her experience:

“I attended the meetings of all … parties, from the communists to the nationalists; at one of the democratic meetings in Friedenau [Berlin], where the former Colonial Minister, a Jew by the name of Dernburg, was speaking, I experienced the following: this Jew had the audacity to say, among other things: ‘What are the Germans actually capable of; maybe breeding rabbits.’

"Dear readers, do not think that the heavily represented stronger sex jumped up and told this Jew where to go. Far from it. Not one man made a sound, they stayed dead quiet. However, a miserable, frail little woman from the so-called ‘weaker sex’ raised her hand and forcefully rejected the Jew’s brazen remarks; he had in the meantime allegedly disappeared to attend another meeting.”

These essays were originally collected by an assistant professor at Columbia University, Theodore Abel, who organized an essay contest with generous prizes with the cooperation of the Nazi Propaganda Ministry. Of nearly 650 essays, roughly 30 were written by women, and Abel set them aside, explaining in a footnote that he intended to examine them separately. But he never did. The men’s essays formed the basis for his book, “Why Hitler Came To Power,” published in 1938, which remains an important source in the global discourse about the Nazi rise to power.

Summarizing Abel’s findings, historian Ian Kershaw wrote in his book on Hitler’s rise to power that they showed that the “appeal of Hitler and his movement was not based on any distinctive doctrine.” He concluded that almost a third of the men were attracted by the indivisible “national community” – Volksgemeinschaft – ideology of the Nazis, and a similar proportion were swayed by nationalist, super-patriotic and German-romantic notions. In only about an eighth of the cases was anti-Semitism the prime ideological concern, although two-thirds of the essays revealed some form of dislike of Jews. Almost a fifth were motivated by the Hitler cult alone, attracted by the man himself, but the essays reveal differences between men and women in the reason for the enthrallment with the Nazi leader.

The Cult of Hitler

For men, the cult of personality appears to center around Hitler as a strong leader charging toward a Germany which defined itself by those it excluded. It’s not surprising that women, on the cusp of exclusion themselves, were less captivated by this component of Nazism. Rather, the women’s essays tend to refer to religious imagery and sentiment conflating piety with the Hitler cult. The women appear to be moved more by Nazism’s proposed solutions to problems such as poverty rather than the supposed grandeur of Nazi ideology in the abstract.

In her essay, Helene Radtke, a 38-year-old wife of a German soldier, describes her “divine duty to forget about all my household chores and to perform my service to my homeland.”

Another woman replaced the star on her Christmas tree with a photograph of Hitler surrounded by a halo of candles. These men and women shared the message of National Socialism as if it was gospel and refer to new party members as “converts.” One such woman describes early efforts to “convert” her family to Nazism as falling “on stony soil and not even the slightest little green sapling of understanding sprouted.” She was later “converted” through conversations with her mailman.

The essays do not only serve as historical curios, but as a warning as to how ordinary people can be attracted to extremist ideology at a time of social distress. Similar language has been used to describe the current political climate in the United States and other countries. Perhaps, as some do today, these women believed all their society’s ills could be solved by the restoration of their nation to a perceived state of former glory, no matter the cost.

Daniel Maier-Katkin is Professor of Criminology and Criminal Justice at Florida State University.

Nathan Stoltzfus is the Dorothy and Jonathan Rintels Professor of Holocaust Studies at Florida State University.