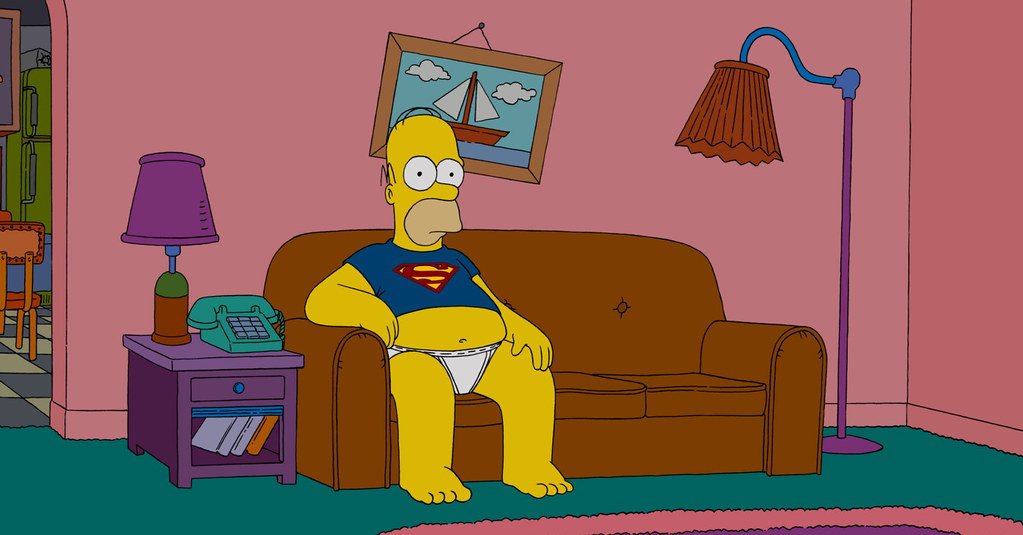 From Homer Simpson to Phil Dunphy, sitcom dads have long been known for being bumbling and inept.

But it wasn’t always this way. Back in the 1950s and 1960s, sitcom dads tended to be serious, calm and wise, if a bit detached. In a shift that media scholars have documented, only in later decades did fathers start to become foolish and incompetent.

And yet the real-world roles and expectations of fathers have changed in recent years. Today’s dads are putting more time into caring for their children and see that role as more central to their identity.

Have today’s sitcoms kept up?

I study gender and the media, and I specialize in depictions of masculinity. In a new study, my co-authors and I systematically look at the ways in which portrayals of sitcom fathers have and haven’t changed.

Fictional entertainment can shape our views of ourselves and others. To appeal to broad audiences, sitcoms often rely on the shorthand assumptions that form the basis of stereotypes. Whether it’s the way they portray gay masculinity in “Will and Grace” or the working class in “Roseanne,” sitcoms often mine humor from certain norms and expectations associated with gender, sexual identity and class.

When sitcoms stereotype fathers, they seem to suggest that men are somehow inherently ill-suited for parenting. That sells actual fathers short and, in heterosexual, two-parent contexts, it reinforces the idea that mothers should take on the lion’s share of parenting responsibilities.

It was Tim Allen’s role as Tim “the Tool Man” Taylor of the 1990s series “Home Improvement” that inspired my initial interest in sitcom dads. Tim was goofy and childish, whereas Jill, his wife, was always ready – with a disapproving scowl, a snappy remark and seemingly endless stores of patience – to bring him back in line. The pattern matched an observation made by TV Guide television critic Matt Roush, who, in 2010, wrote, “It used to be that father knew best, and then we started to wonder if he knew anything at all.”

I published my first quantitative study on the depiction of sitcom fathers in 2001, focusing on jokes involving the father. I found that, compared with older sitcoms, dads in more recent sitcoms were the butt of the joke more frequently. Mothers, on the other hand, became less frequent targets of mockery over time. I viewed this as evidence of increasingly feminist portrayals of women that coincided with their growing presence in the workforce.

In our new study, we wanted to focus on sitcom dads’ interactions with their children, given how fatherhood has changed in American culture.

We used what’s called “quantitative content analysis,” a common research method in communication studies. To conduct this sort of analysis, researchers develop definitions of key concepts to apply to a large set of media content. Researchers employ multiple people as coders who observe the content and individually track whether a particular concept appears.

For example, researchers might study the racial and ethnic diversity of recurring characters on Netflix original programs. Or they might try to see whether demonstrations are described as “protests” or “riots” in national news.

For our study, we identified 34 top-rated, family-centered sitcoms that aired from 1980 to 2017 and randomly selected two episodes from each. Next, we isolated 578 scenes in which the fathers were involved in “disparagement humor,” which meant the dads either made fun of another character or were made fun of themselves.

Then we studied how often sitcom dads were shown together with their kids within these scenes in three key parenting interactions: giving advice, setting rules or positively or negatively reinforcing their kids’ behavior. We wanted to see whether the interaction made the father look “humorously foolish” – showing poor judgment, being incompetent or acting childishly.

Interestingly, fathers were shown in fewer parenting situations in more recent sitcoms. And when fathers were parenting, it was depicted as humorously foolish in just over 50% of the relevant scenes in the 2000s and 2010s, compared with 18% in the 1980s and 31% in the 1990s sitcoms.

At least within scenes featuring disparagement humor, sitcom audiences, more often than not, are still being encouraged to laugh at dads’ parenting missteps and mistakes.

The degree to which entertainment media reflect or distort reality is an enduring question in communication and media studies. In order to answer that question, it’s important to take a look at the data.

National polls by Pew Research Center show that from 1965 to 2016, the amount of time fathers reported spending on care for their children nearly tripled. These days, dads constitute 17% of all stay-at-home parents, up from 10% in 1989. Today, fathers are just as likely as mothers to say that being a parent is “extremely important to their identity.” They are also just as likely to describe parenting as rewarding.

Yet, there is evidence in the Pew data that these changes present challenges, as well. The majority of dads feel they do not spend enough time with their children, often citing work responsibilities as the primary reason. Only 39% of fathers feel they are doing “a very good job” raising their children.

Perhaps this sort of self-criticism is being reinforced by foolish and failing father portrayals in sitcom content.

Of course, not all sitcoms depict fathers as incompetent parents. The sample we examined stalled out in 2017, whereas TV Guide presented “7 Sitcom Dads Changing How we Think about Fatherhood Now” in 2019. In our study, the moments of problematic parenting often took place in a wider context of a generally quite loving depiction.

Still, while television portrayals will likely never match the range and complexity of fatherhood, sitcom writers can do better by dads by moving on from the increasingly outdated foolish father trope.

Erica Scharrer is Professor of Communication at the University of Massachusetts Amherst.