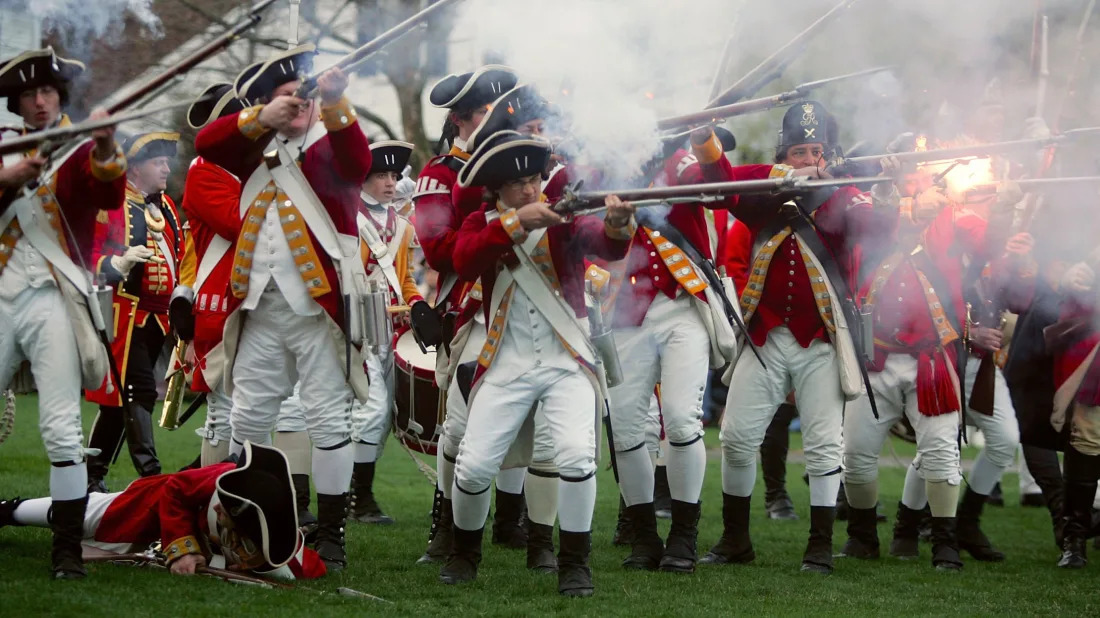 There are many, many evolving regional British and American accents, so the terms “British accent” and “American accent” are gross oversimplifications. What a lot of Americans think of as the typical "British accent” is what's called standardized Received Pronunciation (RP), also known as Public School English or BBC English. What most people think of as an "American accent," or most Americans think of as "no accent," is the General American (GenAm) accent, sometimes called a "newscaster accent" or "Network English." Because this is a blog post and not a book, we'll focus on these two general sounds for now and leave the regional accents for another time.

English colonists established their first permanent settlement in the New World at Jamestown, Virginia, in 1607, sounding very much like their countrymen back home. By the time we had recordings of both Americans and Brits some three centuries later (the first audio recording of a human voice was made in 1860), the sounds of English as spoken in the Old World and New World were very different. We're looking at a silent gap of some 300 years, so we can't say exactly when Americans first started to sound noticeably different from the British.

As for the "why," though, one big factor in the divergence of the accents is rhotacism. The General American accent is rhotic and speakers pronounce the r in words such as hard. The BBC-type British accent is non-rhotic, and speakers don't pronounce the r, leaving hard sounding more like hahd. Before and during the American Revolution, the English, both in England and in the colonies, mostly spoke with a rhotic accent. We don't know much more about said accent, though. Various claims about the accents of the Appalachian Mountains, the Outer Banks, the Tidewater region and Virginia's Tangier Island sounding like an uncorrupted Elizabethan-era English accent have been busted as myths by linguists.

Around the turn of the 18th 19th century, not long after the revolution, non-rhotic speech took off in southern England, especially among the upper and upper-middle classes. It was a signifier of class and status. This posh accent was standardized as Received Pronunciation and taught widely by pronunciation tutors to people who wanted to learn to speak fashionably. Because the Received Pronunciation accent was regionally "neutral" and easy to understand, it spread across England and the empire through the armed forces, the civil service and, later, the BBC.

Across the pond, many former colonists also adopted and imitated Received Pronunciation to show off their status. This happened especially in the port cities that still had close trading ties with England — Boston, Richmond, Charleston, and Savannah. From the Southeastern coast, the RP sound spread through much of the South along with plantation culture and wealth.

After industrialization and the Civil War and well into the 20th century, political and economic power largely passed from the port cities and cotton regions to the manufacturing hubs of the Mid Atlantic and Midwest — New York, Philadelphia, Pittsburgh, Cleveland, Chicago, Detroit, etc. The British elite had much less cultural and linguistic influence in these places, which were mostly populated by the Scots-Irish and other settlers from Northern Britain, and rhotic English was still spoken there. As industrialists in these cities became the self-made economic and political elites of the Industrial Era, Received Pronunciation lost its status and fizzled out in the U.S. The prevalent accent in the Rust Belt, though, got dubbed General American and spread across the states just as RP had in Britain.

Of course, with the speed that language changes, a General American accent is now hard to find in much of this region, with New York, Philadelphia, Pittsburgh, and Chicago developing their own unique accents, and GenAm now considered generally confined to a small section of the Midwest.

As mentioned above, there are regional exceptions to both these general American and British sounds. Some of the accents of southeastern England, plus the accents of Scotland and Ireland, are rhotic. Some areas of the American Southeast, plus Boston, are non-rhotic.

Matt Soniak is a long-time mental_floss regular and writes about science, history, etymology and Bruce Springsteen for both the website and the print magazine. His work has also appeared in print and online for Men’s Health, Scientific American, The Atlantic, Philly.com and others. He tweets as @mattsoniak and blogs about animal behavior at mattsoniak.com.