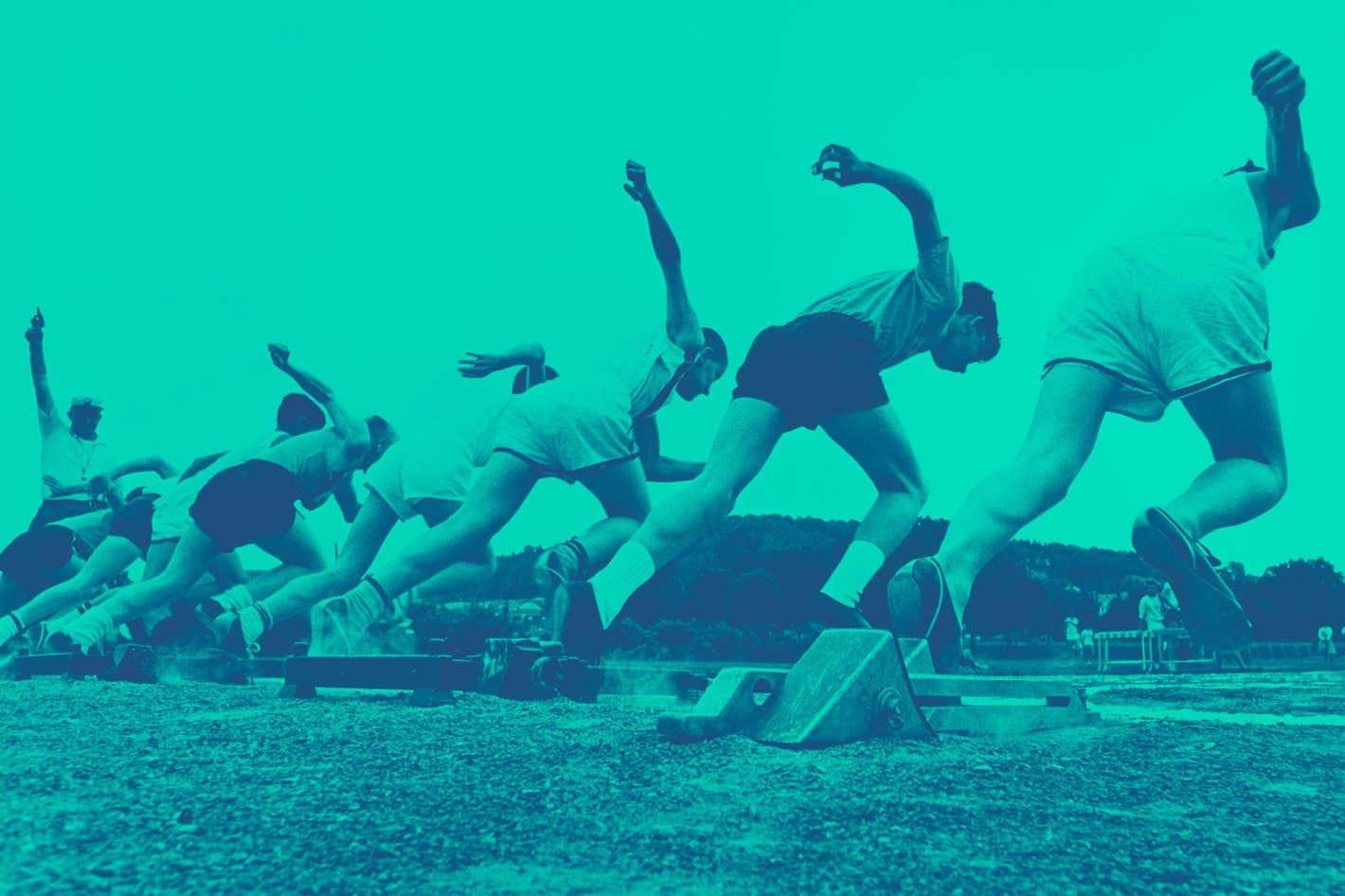 Great athletes are fascinating. It’s a thrill to watch the very best of the very best. And though your natural abilities (or lack thereof) may prevent you from becoming as good as the champs, you can improve yourself by emulatingtheir behavior. And yet there’s an overlooked group that is worth your attention, too, if for a very different reason: the almost greats, those who were once good enough to play with the best of the best, but ended up in second-rate leagues.

It’s the perennial million-dollar question of nature versus nurture, sure. But the difference between the greats and the almost-greats (which, by the way, applies well beyond sports) also appears to be at least partially driven by one specific thing — how each group responds to adversity. The greats rise to the challenge and put in persistent effort; the almost-greats lose steam andregress.

For a study published in the journal Frontiers in Psychology, talent development researchers Dave Collins, Áine MacNamara, and Neil McCarthy examined the differences between athletes who overcame adversity and went on to become world-class (what they call super champions) and those who struggled in the face of hardship (the heartbreakingly named “almost champions”). Whereas super champions were playing in premiere leagues and/or competing on national teams (think: Olympics), almost champions had achieved well at the youth level but were playing in less prestigious leagues as adults.

The researchers found that super champions were characterized by an almost fanatical reaction to challenge.” They viewed challenges in a positive light — as opportunities to grow — and overcame them thanks to a “never satisfied” attitude. This runs in contrast to almost champions, who blamed setbacks on external causes, became negative, and lost motivation. Although athletes in each group faced comparable challenges, the researchers write, their responses — “what the athletes brought to the challenges” — were quite distinct.

These responses, of course, are the product of personal histories, histories that turned out to be similar amongst athletes in the same group but patently different between groups. By examining these differences, we can learn how to cultivate unwavering effort — a “never satisfied attitude” that gains strength from failure — in ourselves and in others.

Follow your interests. Starting in their youth, super champions showed great interest in their respective sports. They enjoyed not only competing in matches, but also practicing and training. Super champions did notspecialize in a single sport during their early childhood. Rather, they were given latitude to explore diverse activities. (A paper published in the journal Pediatrics in July 2019 supports this notion, stating that later specialization is best for health and performance. Other studies show early specialization doesn’t work in athletes; nearly 90 percent of 2016 NFL draft picks played multiple sports in high school.)

Almost champions also loved the thrill of competition, but they remembered having an aversion toward practice and at times felt forced to pursue their respective sport. As one almost champion put it: “I loved fighting, but the training was just a chore. I would miss it if I could, and always avoided the bits I was shit at.”

The best goal is also the simplest: Get better. Super champions were driven from within. Their primary concern was self-improvement. They held themselves to high standards, but judged themselves against prior versions of themselves, not against others.

Almost champions, however, were focused on external benchmarks, like national rankings or how they compared to rivals, a mind-set the researchers speculate explains why almost champions got discouraged during rough patches.

If you’re a parent, be supportive but not obsessive. “My parents were not really pushy,” explained one super champion, whose response was representative of her peers. “It was a kind of gentle encouragement …they didn’t get [overly] involved. They’d just come and watch me, support me. But they never wanted to know what I was doing training-wise and never got involved in that way, and that helped.”

The parents of almost champions, however, were an ever-present factor, hovering over their every move. “My parents, my dad especially, was always there, shouting instructions from the touchline, pushing me to practice at home,” remembers an almost champion. “Really, I just wanted to be out there with my mates. I felt like sport stole my childhood.”

Seek empowering, lasting mentorship. The coaches of super champions were empowering and “mostly seemed to take a longer-term perspective,” the researchers wrote. This differs from the experience of almost champions, who remember their coaches as more focused on immediate results, “often seeming to drive the bus more than the performer.” No surprise, then, that almost champions changed coaches frequently whereas super champions maintained long-term relationships.

Yes, this is only one study, and only of athletes (54 of them, to be exact), but its findings support other psychological research, as well as the theory that “talent needs trauma.” In short, it goes like this: Individuals who have faced adversity and faltered in the past are more likely to show persistent effort and reach the top in the future. This is true in sports, but also in business, where a similar mind-set is gaining traction. Companies are increasingly seeking outindividuals who have failed in the past and recruiting them to run high-profile projects. Take, for example, Amazon, which recently hired the executives of Webvan — a grocery-delivery service that went bust in 2001 — to run AmazonFresh. In a letter to shareholders, Amazon CEO Jeff Bezos wrote, “Failure comes part and parcel with innovation.”

It’s true that not everyone can be a world-class performer. Yes, effort counts — the psychologist Angela Duckworth, who rose to fame for her pioneering research on “grit,” argues that effort actually counts twice: Talent times effort equals skill, she says, and skill times effort equals achievement. But of course our inherited traits still matter, too; and in a paradoxical twist, even our willingness to exert persistent effort may be at least partially genetic. Some of us are born with lower sensitivity to the feel-good neurochemical dopamine, which is widely known to underpin desire. Dopamine isn’t released when we achieve a goal, but rather, when we are pursuing one. It follows that the more dopamine we need to feel satiated, the more likely we are to remain eternally hungry.

Even so, research suggests that only a minority of our personality is inherited. Not to mention, the same urge for dopamine that spawns productive motivation can also lead to destructive addictions. In other words, when it comes to drive and determination, dopamine may be a factor, but it’s one of many and only useful if harnessed and pointed in the right direction, as super champions are able to do.

The best artists, athletes, and entrepreneurs hold themselves to high standards, but judge themselves against prior versions of themselves, not against others.

World-class performers, then, don’t rely on either nature or nurture, but on a combination of the two — and they are really good at nurturing their nature. All of which suggests the recipe that gives rise to super champions is worth emulating: Individuals who demonstrate persistent effort follow their interests; practice foremost to get better, not to outdo others; derive satisfaction from within; and feel constantly supported, but not pressured, in their journey toward achievement. If these criteria are in place, experiencing failure doesn’t weaken motivation — it bolsters it. In the words of , an expert on human performance at the Mayo Clinic, “With enough persistent effort, most people can get pretty good at anything.”