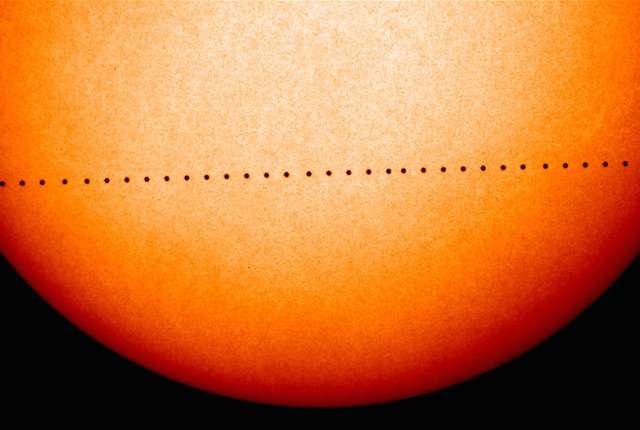 Crashed computers, missed flights, tensions in your workplace—a person who subscribes to astrology would tell you to expect all this chaos and more when Mercury starts retrograding. But according to an astronomer, this common celestial phenomenon is no reason to stay cooped up at home for weeks at a time.

“We don’t know of any physical mechanism that would cause things like power outages or personality changes in people,” Dr. Mark Hammergren, an astronomer at Chicago’s Adler Planetarium, tells Mental Floss. So if Mercury doesn’t throw business dealings and relationships out of whack when it appears to change direction in the sky, why are so many people convinced that it does?

The History of “Mercury in Retrograde”

Mercury retrograde—as it's technically called—was being written about in astrology circles as far back as the mid-18th century. The event was noted in British agricultural almanacs of the time, which farmers would read to sync their planting schedules to the patterns of the stars. During the spiritualism craze of the Victorian era, interest in astrology boomed, with many believing that the stars affected the Earth in a variety of (often inconvenient) ways. Late 19th-century publications like The Astrologer’s Magazine and The Science of the Stars connected Mercury retrograde with heavy rainfall. Characterizations of the happening as an "ill omen" also appeared in a handful of articles during that period, but its association with outright disaster wasn’t as prevalent then as it is today.

While other spiritualist hobbies like séances and crystal gazing gradually faded, astrology grew even more popular. By the 1970s, horoscopes were a newspaper mainstay and Mercury retrograde was a recurring player. Because the Roman god Mercury was said to govern travel, commerce, financial wealth, and communication, in astrological circles, Mercury the planet became linked to those matters as well.

"Don’t start anything when Mercury is retrograde," an April 1979 issue of The Baltimore Sun instructed its readers. "A large communications organization notes that magnetic storms, disrupting messages, are prolonged when Mercury appears to be going backwards. Mercury, of course, is the planet associated with communication." The power attributed to the event has become so overblown that today it's blamed for everything from digestive problems to broken washing machines.

What is Mercury in Retrograde?

Though hysteria around Mercury retrograde is stronger than ever, there's still zero evidence that it's something we should worry about. Even the flimsiest explanations, like the idea that the gravitational pull from Mercury influences the water in our bodies in the same way that the moon controls the tides, are easily deflated by science. "A car 20 feet away from you will exert a stronger pull of gravity than the planet Mercury does," Dr. Hammergren says.

To understand how little Mercury retrograde impacts life on Earth, it helps to learn the physical process behind the phenomenon. When the planet nearest to the sun is retrograde, it appears to move "backwards" (east to west rather than west to east) across the sky. This apparent reversal in Mercury's orbit is actually just an illusion to the people viewing it from Earth. Picture Mercury and Earth circling the sun like cars on a racetrack. A year on Mercury is shorter than a year on Earth (88 Earth days compared to 365), which means Mercury experiences four years in the time it takes us to finish one solar loop.

When the planets are next to one another on the same side of the sun, Mercury looks like it's moving east to those of us on Earth. But when Mercury overtakes Earth and continues its orbit, its straight trajectory seems to change course. According to Dr. Hammergren, it's just a trick of perspective. "Same thing if you were passing a car on a highway, maybe going a little bit faster than they are," he says. "They're not really going backwards, they just appear to be going backwards relative to your motion."

Earth's orbit isn't identical to that of any other planet in the solar system, which means that all the planets appear to move backwards at varying points in time. Planets farther from the sun than Earth have even more noticeable retrograde patterns because they're visible at night. But thanks to astrology, it's Mercury's retrograde motion that incites dread every few months.

Dr. Hammergren blames the superstition attached to Mercury, and astrology as a whole, on confirmation bias: “[Believers] will say, 'Aha! See, there's a shake-up in my workplace because Mercury's retrograde.'” He urges people to review the past year and see if the periods of their lives when Mercury was retrograde were especially catastrophic. They'll likely find that misinterpreted messages and technical problems are fairly common throughout the year. But as Dr. Hammergren says, when things go wrong and Mercury isn't retrograde, "we don't get that hashtag. It's called Monday."