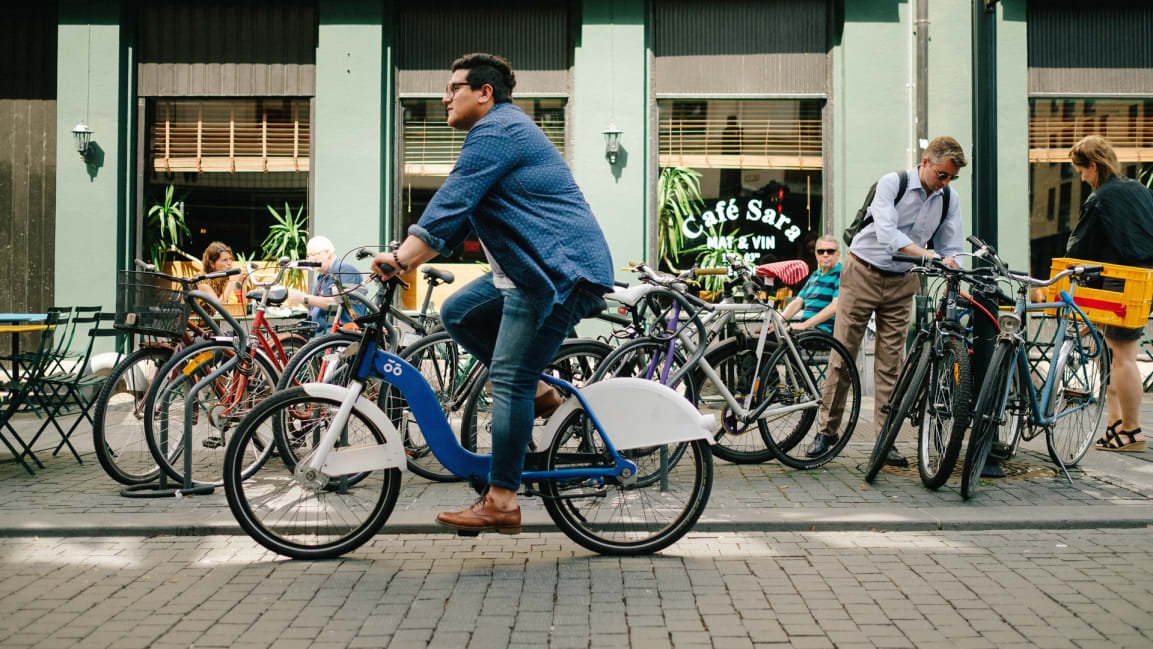 If you decide to drive in downtown Oslo, be forewarned: You won’t be able to park on the street. By the beginning of 2019, the city finished removing more than 700 parking spots–replacing them with bike lanes, plants, tiny parks, and benches–as a major step toward a vision of a car-free city center.

Without those parking spots, and with cars banned completely on some streets, few people are driving in the area. “There are basically no cars,” says Axel Bentsen, CEO of Urban Sharing, the company that runs Oslo City Bike, the local bike-share system. The city’s changes are designed, in part, to help improve air quality and fight climate change, but the difference in the quality of life is more immediate. “The city feels different faster than you can feel the difference in [cleaner air],” he says. “You can see that you’re actually reclaiming the space and can use it for other purposes than parking cars.”

Oslo first pedestrianized some streets in the city center in the 1970s, and invested heavily in public transportation in the 1980s. In 2015, when a progressive political coalition came to power in the city council, they started planning a more significant transformation. At first, they called for a full ban on cars because the majority of residents in the city center didn’t drive. But when business owners objected, worried that they’d lose customers and have problems with deliveries, the government changed focus to remove parking spots–a slightly more gradual approach. For now, there are still parking garages on the periphery of the center. 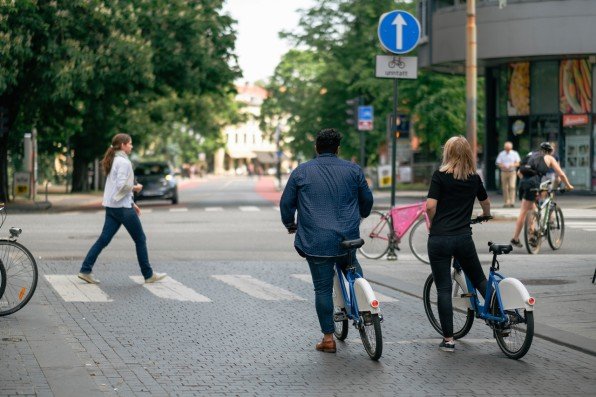 A few spots are left, converted into parking for disabled drivers or EV charging, and some streets are open for delivery trucks for a couple of hours in the morning. Emergency vehicles still have access. But other drivers have to park in garages, and traffic restrictions help nudge drivers who don’t need to go through the city center to take a ring road around it instead. In a new zoning plan, the city is taking its intentions further, giving pedestrians, cyclists, and public transportation greater priority than private cars, and planning a network of pedestrian zones that are fully car-free.

“Cities, like Oslo, have been built for cars for several decades, and it’s about time we change it,” Hanne Marcussen, Oslo’s vice mayor of urban development, said in an email. “I think it is important that we all think about what kind of cities we want to live in. I am certain that when people imagine their ideal city, it would not be a dream of polluted air, cars jammed in endless traffic, or streets filled up with parked cars.”

To help support the shift, the city made “massive improvements in public transport and making cycling safe and comfortable,” says Rune Gjøs, Oslo’s head of cycling. The city is adding new trams and metro lines and more frequent departures, and lowering the cost of tickets. For the last few years, the city has also been quickly building out a better-connected bike network, converting parking to bright-red bike lanes. It handed out grants to help citizens buy electric bikes. The city bike-share system has quickly grown, tripling to nearly 3 million trips a year between 2015 and 2018. The system usually closes in the winter, but it ran a pilot this winter using bikes with spiked tires. It also tested offering cargo bikes. 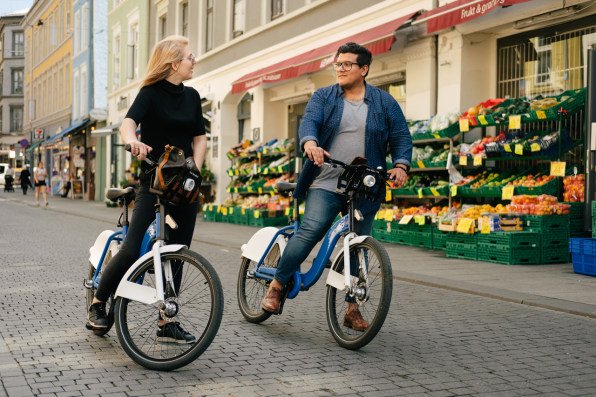 As more people bike, that opens up room on overcrowded public transit. “Usually when you have these discussions you say, ‘Oh, we need bikes to replace cars,’ but there’s a missing link there, and that’s public transit,” says Bentsen. “What we see is that actually we take people out of the bus and onto the bike and walking, which leaves room for people to leave their car and take the bus.”

The changes, unsurprisingly, have been met with some resistance, both from car owners and businesses. But while business owners initially worried about the city creating a ghost town that no one would visit, the opposite seems to be true; as in other cities that have converted some streets to pedestrian-only areas, the areas in Oslo that have been pedestrianized are some of the most popular parts of the city, Marcussen says. Last fall, after hundreds of parking spots had been removed, the city found that it had 10 perceny more pedestrians in the center than the year before. “So that is telling me that we are doing something right,” she says.

“Changing habits will always be challenging,” she says. “Cities have been built for cars for many decades, and the car has been seen as a status symbol, and I guess it still is for some people. We need to plan our cities better for the future so that the private car is not setting the premise for how we build our cities anymore. So in new developments, we are trying to make sure it’s easy for those who move into their new home to live without their own private car.”

Several other cities are also working to reduce car use, such as Madrid, which limits access to the city center for anyone other than the people who live there. Other cities will follow. “I am absolutely certain that in the future, the private car will take up much less space in the cities,” says Marcussen. “I hope that other cities will be inspired by us to create their own car-free city center. I think this will become an increasingly important issue as we see more and more clearly that letting private cars take up so much of a very limited space within city centers is just not very efficient. At the same time, we are learning more about how pollution affects those of us who live in the cities, especially children. A couple of decades ago, it was perfectly normal to smoke cigarettes inside. Today, very few would do that. I think it’s the same with cars in the city center: One day we will look back and ask ourselves why we ever thought that was a good idea.”

Adele Peters is a staff writer at Fast Company who focuses on solutions to some of the world's largest problems, from climate change to homelessness. Previously, she worked with GOOD, BioLite, and the Sustainable Products and Solutions program at UC Berkeley, and contributed to the second edition of the bestselling book "Worldchanging: A User's Guide for the 21st Century."