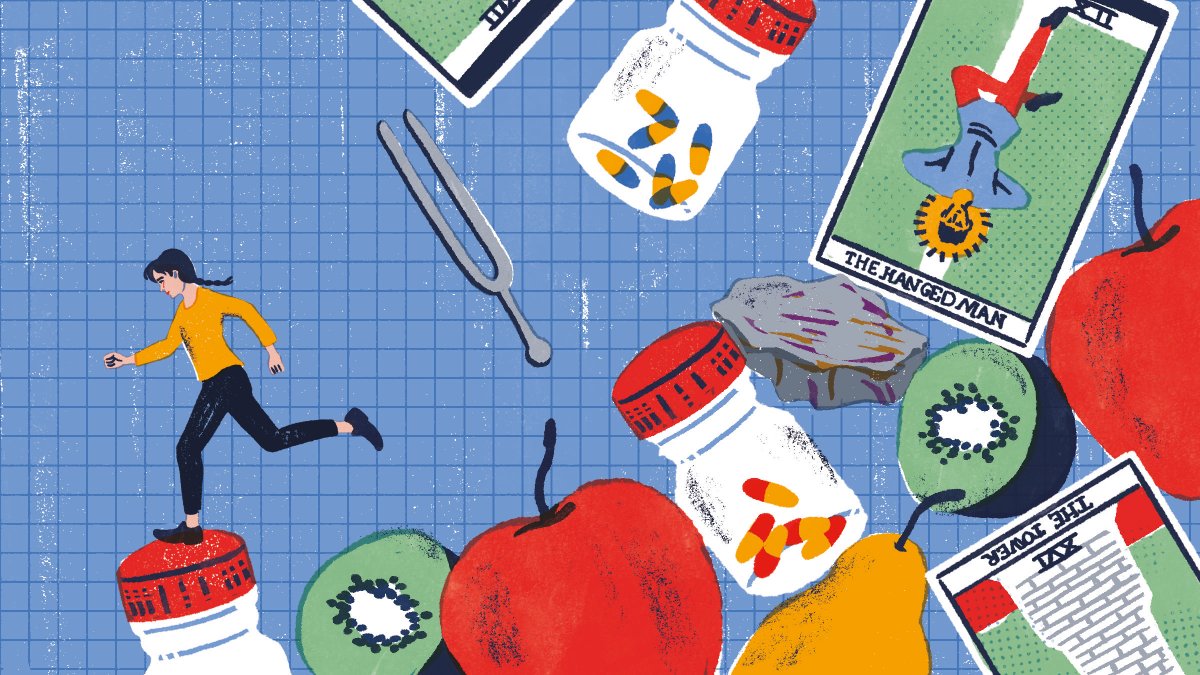 In Silicon Valley, techies are swooning over tarot-card readers. In New York, you can hook up to a “detox” IV at a lounge. In the Midwest, the Neurocore Brain Performance Center markets brain training for everything from ADHD, anxiety, and depression to migraines, stress, autism-spectrum disorder, athletic performance, memory, and cognition. And online, companies like Goop promote “8 Crystals For Better Energy” and a detox-delivery meal kit, complete with “nutritional supplements, probiotics, detox and beauty tinctures, and beauty and detox teas.” Across the country, everyone is looking for a cure for what ails them, which has led to a booming billion-dollar industry—what I’ve come to call the Wellness Industrial Complex.

The problem is that so much of what’s sold in the name of modern-day wellness has little to no evidence of working. Which doesn’t mean that wellness isn’t a real thing. According to decades of research, wellness is a lifestyle or state of being that goes beyond merely the absence of disease and into the realm of maximizing human potential. Once someone’s basic needs are met (e.g., food and shelter), scientists say that wellness emerges from nourishing six dimensions of your health: physical, emotional, cognitive, social, spiritual, and environmental. According to research published in 1997 in The American Journal of Health Promotion, these dimensions are closely intertwined. Evidence suggests that they work together to create a sum that is greater than its parts.

Nourishing these interrelated dimensions of health, however, does not require that you buy any lotions, potions, or pills. Wellness—the kind that actually works—is simple: it’s about committing to basic practices, day in and day out, as individuals and communities.

Unfortunately, these basics tend to get overlooked in favor of easy-to-market nonsense. That’s because, as many marketers (including in the self-help space) are fond of saying, “You can’t sell the basics.” I think that’s naive. We’d be much better off if we stopped obsessing over hacks and instead focused on evidence-based stuff that works. Here’s how to get started. 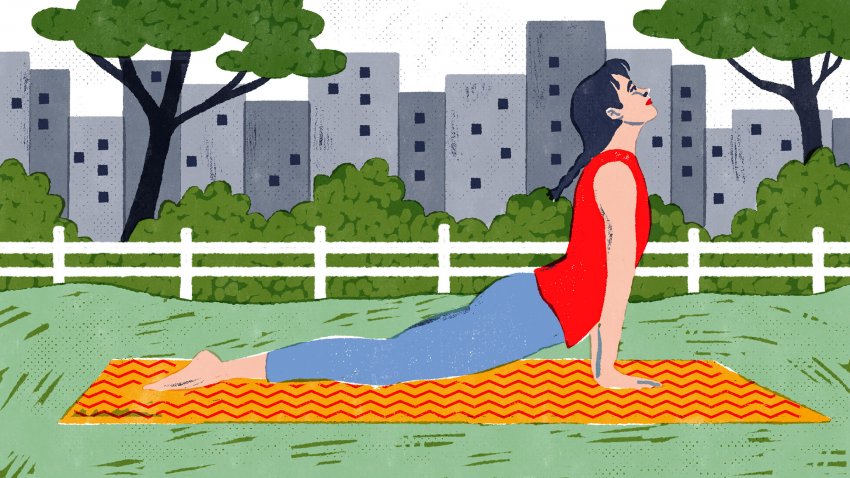 Decades of research shows that just 30 minutes of moderate to intense daily physical activity lowers your risk for heart disease, Alzheimer’s, mental illness, and many types of cancer. While this can certainly mean training for a marathon or setting CrossFit records, it doesn’t have to. Hiking, gardening, and even fast-paced walking can potentially provide all the same benefits. Basically, anything that makes your breathing labored for a sustained period does the trick.

Another simple way to think about physical activity comes from physician and physiologist Michael Joyner. “Move your body every day,” he says. “Sometimes very hard.” Based on a new study published in the online journal Scientific Reports, I’d add: try to do at least some of it outside. Researchers have found that people who spend at least two hours outdoors in green spaces every week have better mental and physical health than those who don’t.

The other aspect of physical health is nutrition. Here again, the best advice is the simplest: ignore diets and supplements and, instead, just aim to cut out junk like processed and fried foods. A study that was just published in the Annals of Internal Medicine reviewed data from hundreds of clinical trials involving nearly a million people and found that 16 of the most popular supplements and eight of the most popular diets have virtually no benefit—and some cause harm.

Emotional: Don’t Hide Your Feelings, Get Help When You Need It 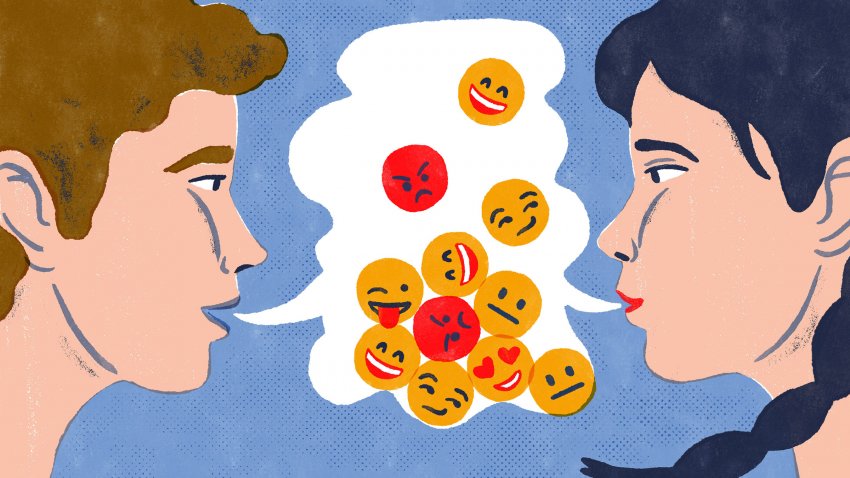 Another big issue with what passes for modern-day wellness is that it creates the impression that everyone is happy all the time and that you should be, too. But like selective sharing on social media, this is not the reality of being human.

People get sad. Psychologists tell us that hiding and repressing that only makes it worse. Studies show that the more you hold something back or try to force it away, the stronger it becomes. On the contrary, the more vulnerable you are—both with yourself and others—the better. Researchers at the University of Mannheim, in Germany, call this the “beautiful mess effect.” Through multiple experiments, they’ve found that even though sharing your feelings may seem like a weakness to you, to others it seems courageous and builds trust and connection. In other words: stop trying so damn hard to be invincible, and just be yourself. Most people will be receptive and caring. And those who aren’t? Screw ’em.

If something feels way off, don’t be scared to get help. Mental illness can happen to anyone, at any stage of life, and in any context. I know firsthand that this is terrifying, but with professional assistance, rates of recovery are actually quite high.

Social: It’s Not All About Productivity; Relationships Matter, Too 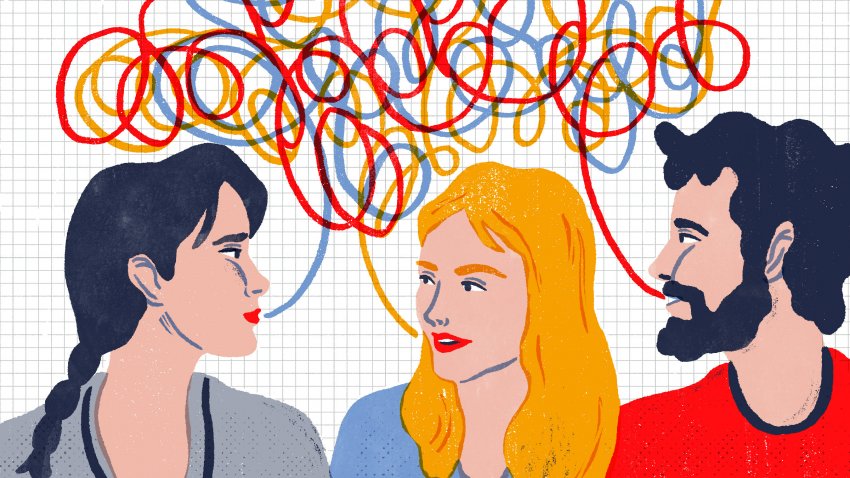 The roots of a redwood tree only run six to twelve feet deep. Instead of growing downward, they grow out, extending hundreds of feet laterally and wrapping themselves around the roots of other trees. When rough weather comes, it’s the network of closely intertwined roots that allows the trees to stand strong. We are the same.

In 2010, researchers from Brigham Young University completed a comprehensive study that followed more than 300,000 people for an average of 7.5 years and learned that the mortality risks associated with loneliness exceeded those associated with obesity and physical inactivity and were comparable to the risks of smoking. More recent research shows that digital connections can be beneficial in certain circumstances (e.g., to stay in touch with geographically distant friends and family), but they cannot replace in-person ones and the value of physical presence and touch.

In their book The Lonely American: Drifting Apart in the 21st Century, Harvard psychiatry professors Jacqueline Olds and Richard Schwartz write that an increased focus on “productivity” and the “cult of busyness” is crowding out time for developing meaningful relationships. This may be especially true among millennials. A recent poll from the market research company YouGov found that 30 percent of millennials say they feel lonely and 22 percent said they have zero friends. This is hugely problematic, and a trend we all, together, must work to reverse. 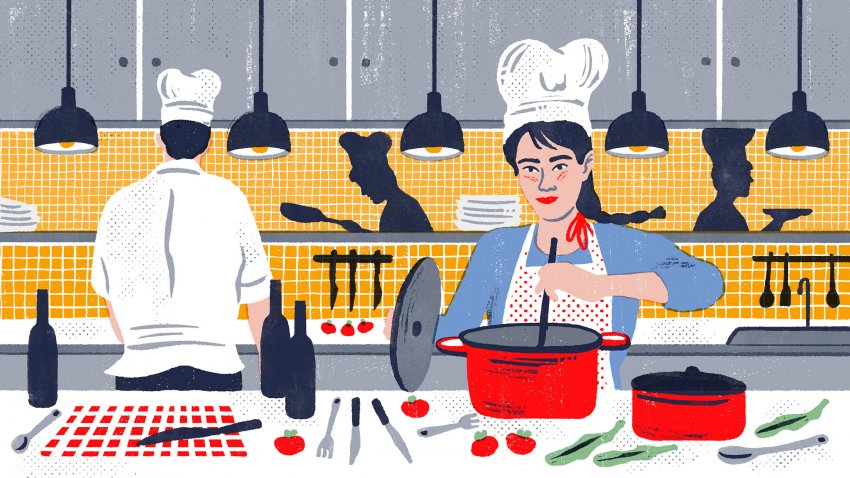 “Find your passion” is one of the most popular self-help phrases, but it’s quite misleading and sometimes even harmful. Researchers call this a fit mindset of passion, or the belief that you’ll find an activity or pursuit about which you are immediately passionate from the get-go. Although over 75 percent of people hold this mindset, it rarely leads to lasting passion. People with fit mindsets tend to overemphasize their initial feelings, search for perfection, and quit when the going gets tough. Better than a fit mindset is a development mindset, in which you understand that passion takes time to emerge, thus lowering the bar for further engagement in something from “this is perfect” to “this is interesting.” Studies show that those who have development mindsets are more likely to end up with sustainable and energizing passions.

And when you are working on something, regardless of what it is, eliminate distractions so you can give it your full attention. An app called Track Your Happiness has allowed thousands of people to report their feelings in real time. The main finding: the more present and fully engaged you are with what’s in front of you, the happier you’ll be. It’s amazing how much just one or two blocks of undistracted work per day can do to improve your mood. 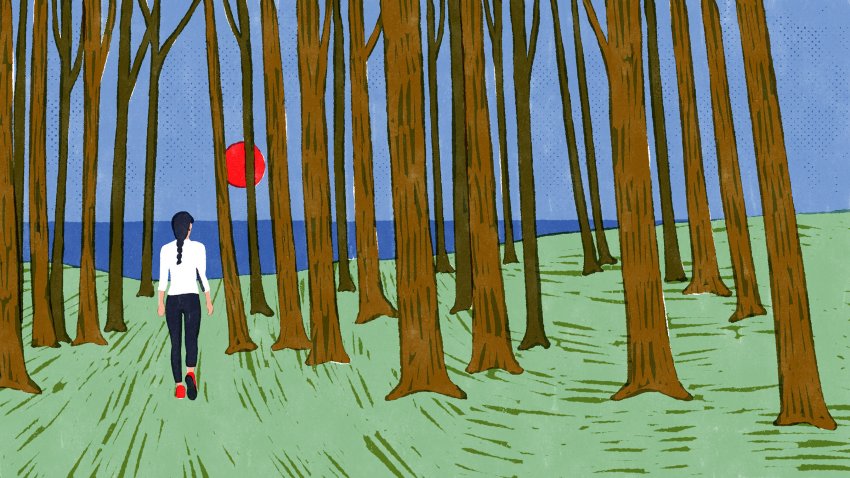 Organized religion is on the decline in America, especially for younger people. The 2018 American Family Survey, conducted by Deseret News in Utah, found that “for millennials and GenXers, the most common religion is no religion at all.” This may not be problematic in itself, but for centuries, religion served as a driving purpose for many people. When nothing fills this vacuum, the effect can be a negative one. A study published earlier this year in JAMA Network Open found that people without a strong life purpose—defined as a sense of feeling rooted in your life and taking actions toward meaningful goals—were more than twice as likely to die between the years of the study (2006 to 2010) compared with people who had one, even after controlling for things like gender, race, wealth, and education level. Speaking to NPR, Celeste Leigh Pearce, one of the authors of the study, said, “I approached this [study] with a very skeptical eye, [but] I just find it so convincing that I’m developing a whole research program around it.” Alan Rozanski, a cardiology professor at the Icahn School of Medicine at Mount Sinai, in New York City, says that purpose is “the deepest driver of well-being there is.”

Though purpose need not be based on organized religion, cultivating a cohesive sense of direction, core values, and connection with something beyond yourself is important. For some this takes the form of going to church, synagogue, mosque, or sangha. For others it’s about feeling connected to evolution, being a part of nature. (Of course, these two don’t need to be exclusive.) The work of Dacher Keltner, a professor of psychology at the University of California at Berkeley, has shown time and time again that experiencing awe—watching a beautiful sunset, listening to moving music, witnessing a master at their craft—leads to self-transcendence and feelings of spiritual connection.

What won’t lead to spirituality and true well-being? Trying to find meaning in all the stuff that modern-day wellness implicitly and explicitly promotes, such as beauty, wealth, antiaging, and sex appeal. As David Foster Wallace said in his famous 2005 commencement address at Kenyon College:

Everybody worships. The only choice we get is what to worship. And the compelling reason for maybe choosing some sort of god or spiritual-type thing to worship ... is that pretty much anything else you worship will eat you alive. If you worship money and things, if they are where you tap real meaning in life, then you will never have enough, never feel you have enough. It’s the truth. Worship your own body and beauty and sexual allure, and you will always feel ugly, and when time and age start showing, you will die a million deaths before they finally plant you. On one level, we all know this stuff already—it’s been codified as myths, proverbs, clichés, bromides, epigrams, parables: the skeleton of every great story. The trick is keeping the truth up front in daily consciousness.

Environmental: Care for Your Space 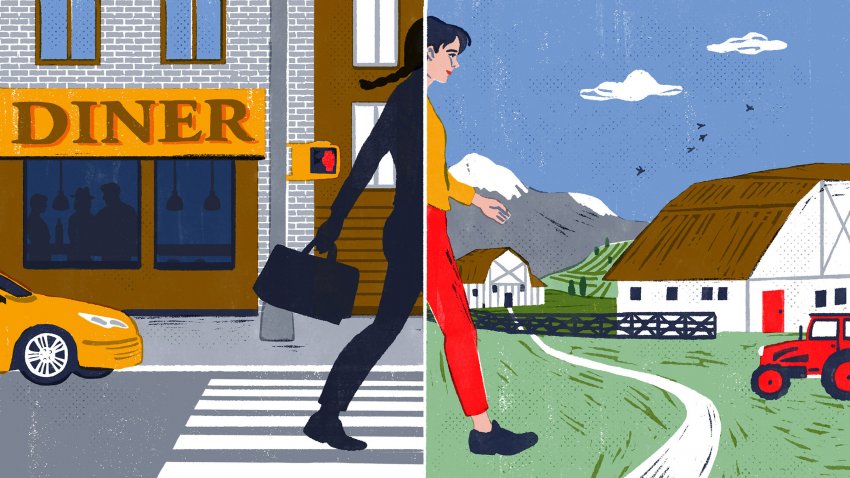 Our surroundings shape us in so many ways. Yet we’re rarely intentional about them.

On a micro level, think about your acute environment daily. Is your phone always on? Are you constantly being interrupted by notifications? Are you in a space conducive to the goal you want to accomplish? Do you keep lots of junk food in the house? Do you surround yourself with junk content? The goal is to design your environment to support the behaviors you desire.

On a macro level, ask yourself these questions: Do I live in a place that feels unlivable? Does my commute totally suck my soul? I’m aware that I’ve got a lot of privilege to suggest moving geographically, but the kind of move I’m suggesting is one away from crazily expensive, competitive, and congested cities. I can’t tell you how many people I know who feel “trapped” in big cities like New York or San Francisco. Move! There are plenty of places with lower costs of living, more access to nature, and good jobs. And wherever you are, take care of the planet. If we don’t, everything else in this article will eventually be moot.

This is what you need if you really want to be well. You have to cut out the crap and focus on the basics. This stuff is simple—and though it’s not always easy, it’s not always so hard either.

Brad Stulberg (@Bstulberg) is a performance coach and writes Outside’s Do It Better column. He is also bestselling author of the books “The Passion Paradox” and “Peak Performance.”