Today’s students could be so much better prepared to navigate the online glut of facts and misinformation. 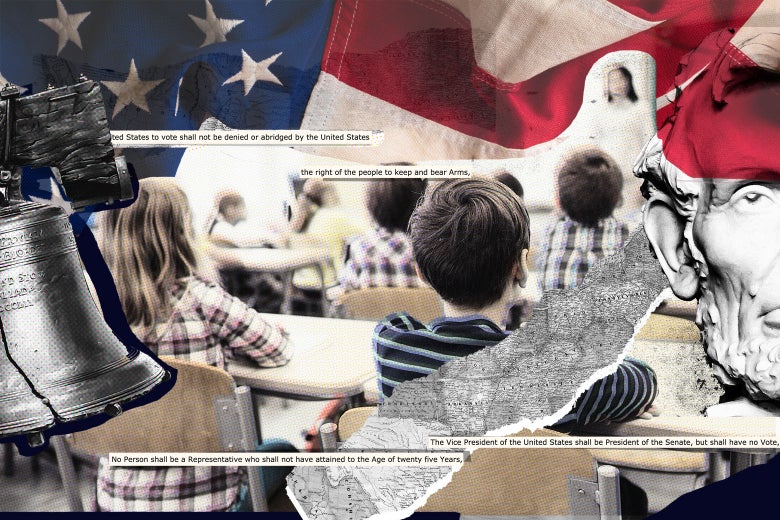 For decades now, Sam Wineburg, a professor of education and history at Stanford, has been studying the way history is taught. His book, Why Learn History (When It’s Already on Your Phone?), is about the way historical thinking—habits of mind that emphasize the careful assessment of evidence and the presumption of uncertainty, among other things—can help us navigate the information-rich environment of the web.

The book, which zips along in a chatty, essayistic mode, details the work Wineburg and his colleagues have done to see how different groups of people—students, professional historians, scientists, and fact-checkers for magazines—process information in online and analog environments. In one entertaining chapter, which we’ve excerpted on Slate, Wineburg dissects Howard Zinn’s A People’s History of the United States, showing how the beloved book, so often taken as “the real truth” by people turned on to history when they read it, privileges a compelling narrative over the interrogation of evidence.

Good historical thinking is by no means a magical solution to our information woes, as demonstrated by Wineburg’s reports of what trained historians do while trying to navigate the web to find information about nonhistorical topics. But, Wineburg advocates, teachers of history can offer the kind of education in how to think that helps students understand all of the information they encounter online much better.

In our conversation, which has been edited and condensed for clarity, we talked about right-clicking, the Trumpian appropriation of “critical thinking,” and historians’ frustrating and endearing tendency toward hedging.

Rebecca Onion: How does the kind of education we need in order to be smart about the internet differ from the critical thinking module I took in eighth grade, back in 1991?

Sam Wineburg: It irks me to no end [when people say,] “Well, [the education we need] is just critical thinking. We don’t need ‘21st-century skills.’ ” And my response is that if we could get a necromancer to bring Socrates back to life, and sit him in front of a computer, he wouldn’t know about keywords and he wouldn’t know about search engine optimization, and he wouldn’t know how to put words in quotation marks in Google, so that Google searches for them contiguously. And I’ve watched really intelligent people, Ph.D. historians with incredible pedigrees, spin themselves in circles because they lack some basic skills in search.

Think of it as a Venn diagram. So hopefully in 1991, you were taught to not decouple information from its source, and to think of the motivation and intention behind a particular document, that it wasn’t self-evident information presenting itself de novo, but it came with a purpose and it was written down or said to achieve a particular aim. And that had to be taken into account when evaluating that information. And that’s what I learned when I took AP history and had to wrestle with a DBQ [document-based question] for the first time. A good history teacher takes away your innocence about information.

But you didn’t learn about SEO, which is not a skill, it’s an awareness and an orientation—[the idea] that Google is not a being of celestial intelligence that cannot be gamed. You find naïveté about Google in a lot of different venues. Most recently a researcher at Data & Society [Francesca Tripodi] did a report about evangelicals that found that they think Google is a neutral source. They think Wikipedia is biased against conservatives, but Google is just straight information. Without realizing that, you know, Google is in a never-ending cat-and-mouse game with the people who try to game it. So that’s a piece of knowledge that’s important for people using the internet to fact-check or to think about the quality of information.

Fact-checkers know that in a digital medium, the web is a web. It’s not just a metaphor. You understand a particular node by its relationship in a web. So the smartest thing to do is to consult the web to understand any particular node. That is very different from reading Thucydides, where you look at internal criticism and consistency because there really isn’t a documentary record beyond Thucydides.

When we asked [some historians] to find out if the Employment Policies Institute is a trustworthy source, they would engage in a close explication de texte on the site.* They’ll look at its About page. If an organization can game what they are, they can certainly game their About page!

A fact-checker … will understand this organization by putting the organization in quotes, and use a smart keyword—but don’t put too much stock in that keyword. It could be credibility or bias or criticism or funding. If one of the keywords doesn’t work, then they don’t take too much stock, they try another.

An example that comes to mind is a fact-checker who opened up seven tabs in 30 seconds. And it was SourceWatch, Charity Navigator, and then finding the organization in the New York Times, and following the links on that, all in less than 30 seconds. All of a sudden there is literally a network there, that you can situate that one node in the network in half a minute.

All this while the historian is engaging in a close read. … When you are trying to figure out “Is this a quality source?,” that kind of close read before you even know where the money is coming from or who’s saying it doesn’t make sense.

It’s interesting that in some ways historians come off as great heroes in your book, and in other places they don’t quite have, as you’re describing, a suspicious enough attitude toward the web. But there are other aspects of historians’ thinking that can really help us out in an information-rich environment like the internet.

Absolutely. I’m literally speaking out of both sides of my mouth. … I think the chapter that’s one of my favorites, the work stuck with me with vividness, is watching a group of scientists trying to read Washington’s Thanksgiving Proclamation and inferring that Washington was, like, this super-religious pious guy, because of essentially a bunch of deist language that they were interpreting through the lenses of their contemporary understanding of vocabulary. And it was the historians who understood that these were code words that, if they didn’t mark someone as a deist, they certainly marked someone as going to great pains to avoid explicit mention of Jesus Christ, the savior, the trinity.

There’s a kind of suspicion that historians take in interpreting someone else’s language using linguistic codes of the present. Which I think is a humility that is applicable not just in thinking about the past, but also in talking to people across the divides that separate us in contemporary society.

I loved the note you made about the difference between “sounding critical” and thinking critically. President Trump recently said that Google is biased against conservatives. There have been a number of instances of this, where Trump or someone Trump-ish will say something that sounds critical or wise but isn’t. It’s hard because it almost feels like there is an appropriation of the language of critical thinking on the right that makes it hard to explain what the difference might be between that and what we are talking about.

It’s not “almost an appropriation,” it is an appropriation. And in this respect, the work that has influenced me the most is the work by Kate Starbird, an absolutely brilliant internet researcher who studies crisis communication at the University of Washington’s College of Engineering.* And she has a paper that shows that the alt-right has, right there with Alex Jones, has appropriated the language of “Do you have an open mind? Are you an independent thinker? Are you willing to trust your own intelligence to make up your own mind when you review the evidence?”

And so absolutely, this is the language that has been appropriated by the alt-right in particular, these neo-Nazi sites and conspiracy sites that basically say, “The wool is being pulled over your eyes! But you have the power to [pose] thoughtful questions through your own powers of discernment if you have an open mind.” This is the stock-in-trade of propagandists—you can go back and see the same kind of thing in work by Lenin and Goebbels: “You should trust yourself. We’re not going to tell you what to believe, you evaluate the evidence—here is the evidence.”

My impulse, as a good ex-academic, is to hedge about everything. And I feel like now we are living in nonambiguous times, and so I often run into a problem where I feel like I should be writing pieces that are definitive: “What you think you know about the Confederacy is wrong, and here’s why.” I think this time is testing us in a lot of ways, and one of the ways is: Do we keep on showing people that history is a never-ending inquiry that opens up into layers of questions? Or do we put all of that aside for a minute, because questions don’t win fights?

I think what we need to explain to a general public about historical thinking is that historians establish facts. That whether there were 6 million Jews or 5½ million Jews, there were millions of Jews that were killed in Europe during the Final Solution. Why it happened, or the questions Holocaust scholars fight over, about whether it was intentional or incremental—the interpretation of it—is something that we continue to argue over. But we don’t argue over “Was there a middle passage?”

And so, there’s a kind of confusion of the kind of questions that historians ask, about the nature of interpretation and the nature of causality, which are never-ending. Questions like: Why did the civil rights movement succeed when other social movements failed? We give to high school students a question like: Why did Rosa Parks not yield her seat on that day? Which is a very different level of question from “Where was Rosa Parks sitting on that bus?” That’s a factual question around which there is no doubt. … But why she didn’t give up her seat on that day—she changed her story several times throughout her lifetime, and we can argue about it.

What we have not done, as a community [of historians], is educate the general public about what a fact is, and where our points of contention are.

Rebecca Onion is a Slate staff writer and the author of Innocent Experiments.