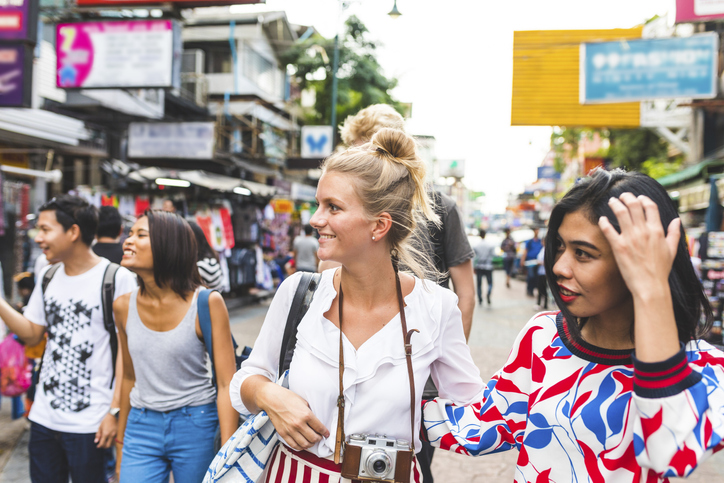 Self-help advice isn’t exactly in short supply. There are research-backed tips out there for boosting confidence, resilience, risk taking, and adaptability. The message is pretty clear: Feel better about yourself or change your beliefs about what you’re capable of, and you’ll excel. Indeed, ample scientific evidence supports each of these claims.

Nevertheless, most self-improvement strategies focus too much on the person who’s trying to do the improving. Much of the time, the same outcomes you’re trying to achieve by changing your own habits, attitudes, and behaviors depend on how you view other people.

It sounds paradoxical, but according to University of Georgia researcher Jason Colquitt and his colleagues, people who tend to trust others at work score higher on a range of measure than those who don’t, from job performance to commitment to the team. And since we know that it’s our relationships—particularly with our bosses and colleagues—that determine how happy and successful we are as our careers progress, it may be worth asking some new questions. Instead of, “How can I improve?” the better question might be, “How can I start seeing more of the good in people, more often?”

Why The Benefit Of The Doubt Is So Hard To Give

It can be difficult to believe that others generally have the best intentions; that just isn’t many people’s default assumption. We’re socialized from a young age to be critical of others’ motives, if not downright suspicious. Parents tell their children for their own protection to beware of strangers. And it’s not hard to find evidence in daily life that expressions like “the road to hell is paved with good intentions” has some truth to it. In an era of fake news, taking anything at face value seems potentially foolhardy.

But these societal impulses may actually arise from deeper cognitive ones. Negative past events loom larger in our memories than positive experiences. As psychologist Roy Baumeister famously put it, “Bad is stronger than good.” This makes adaptive sense: To survive in a treacherous environment (especially social ones), early humans needed to recall the times their trust was ill-placed, when they were betrayed or misled and wound up getting hurt. By comparison, all the times when their trust led to good outcomes weren’t as critical to hang onto.

In addition, people have an unyielding desire to see themselves in a positive light. This can cause us to develop less favorable views of others. Research shows that we tend to think we’re better than average at almost everything, meaning that others are worse—including less trustworthy. As part of this process, Stanford behavioral scientist Chip Heath found that we tend to think our own motivations are intrinsic (“I work hard because I love my job”) whereas others’ are extrinsic (“They work hard only because they’re getting paid to do so”).

Finally, while research on optimism—including assuming the best of others—almost universally shows its benefits for success and satisfaction in both work and life, people tend to fear being seen as an unrealistic “Pollyanna.” Just think of how many words there are in English to describe the experience of too-readily trusting others: gullible, ingenuous, credulous, unwary; imbecile, dimwit, stooge, dunderhead, idiot, fool; beguiled, duped, tricked, betrayed, fleeced, deceived, defrauded, double-crossed, deluded, swindled, conned, rooked, cozened, hoodwinked, bamboozled, flimflammed . . . you get the idea.

Research suggests when we perceive someone as innocent and nice, we tend to view them as less competent, a label we ourselves avoid at all costs. As the novelist Laurell K. Hamilton has said, “Never trust people who smile constantly, they’re either selling something or not very bright.”

The Self-Help Approach That’s Not About You

To be sure, there are risks to assuming the best in others, but the benefits may far outweigh the potential costs, especially in the workplace.

Conflict is a difficult but often inevitable part of our work lives. According to Harvard Business School professor Chris Argyris, a top cause of workplace discord is the “ladder of inference” (basically what he sees as a more precise metaphor than “jumping to conclusions”). Climbing up the ladder means that a person takes in neutral information but assumes bad intentions, which results in less favorable beliefs and bad behavior.

For example, when you receive an ambiguous email from a coworker you have a turbulent relationship with, you’re more likely than not to react defensively. In fact, there’s research to suggest that we interpret all emails more negatively than their writer meant them to be. So perhaps it’s no surprise that PepsiCo CEO Indra Nooyi says the best piece of career advice she’s ever gotten is “assume positive intent.”

One of the biggest opportunities for growth at work comes from the way you solicit feedback and what you do with it afterward. Research demonstrates that while employees who speak up tend to improve how well teams function, many tend to be afraid to do so, worrying that their input won’t be well-received. Simply assuming the best in others can lay the foundation for managers and their team members alike to learn and improve without wounding egos.

It’s also no secret that the ability to influence others is a crucial job skill. Research shows that when we think others are capable of changing their attitudes, we’re more likely to advance our own views. But when we think others’ beliefs are fixed, we don’t try too hard to persuade them—what would be the point? This can have personal costs, though, since it limits our own potential sphere of influence.

And that, in turn, creates a self-fulfilling prophecy: Assume the worst in other people, and they’ll prove it every time (“confirmation bias,” anyone?), closing off one opportunity after the next to shore up those crucial relationships that your own happiness and success depend on. Sure, self-help books are a great way to better your work life. But their typical focus on you may have the unintended result of limiting your ability to wring more value out of the social world around you, which is teeming with people, while you’re just one of them.

David Mayer is associate professor of management and organizations at the University of Michigan's Stephen M. Ross School of Business.