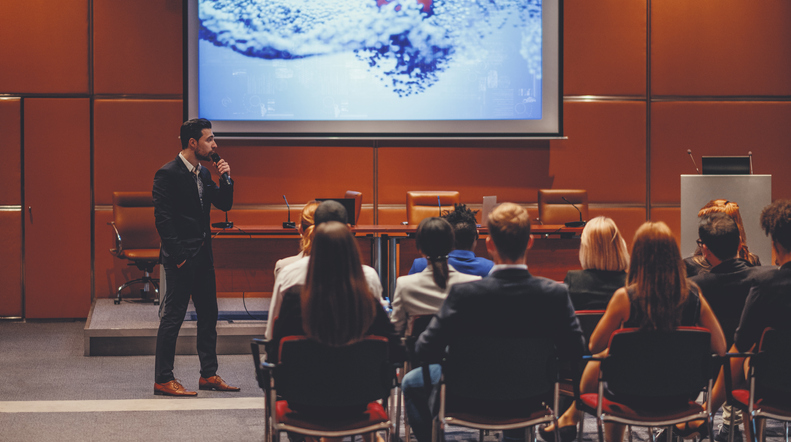 You’ve heard dozens of times that you’re more likely to engage your audience when you tell a story in your presentation. A story that’s powerful and relevant can galvanize people and inspire action. But even otherwise great stories can be told badly. Here are few pitfalls you’ll need to avoid to make sure you don’t sabotage your own storytelling.

Bad Habit No. 1: Giving Too Much Background

Your audience won’t understand your story without at least some background information. But that doesn’t mean they need to know every little thing, so drop the big wind-up. Instead, set the scene for your audience in the most concise way possible, telling them only what they need to know to comprehend your key takeaway.

If you find yourself struggling with this, state the point of the story first (yes, give it away!), and then explain the context. Not only will listeners know where you’re heading, it will also prevent you from  running out of time before getting to your main message. No one likes an unfinished narrative.

Bad Habit No. 2: Telling, Not Showing

You’ve probably heard the phrase, “Show, don’t tell.” This classic piece of advice for fiction writing also applies to storytelling for public speakers. No one wants to hear you spout facts for half an hour—they want action and dialogue (more on that later). For example, I was recently working with a client who told a story about visiting a few of her company’s facilities and being struck by how engaged everyone was. I asked her, “How did you know they were engaged?” She replied, “Everywhere I went, they asked me, ‘Why are we doing x?’ ‘What could we do to improve y?'” It was a helpful example to support her assertion, and as simple as it was, it let me visualize her interactions with employees. Even small doses of narrative evidence can go a long way to backing up the point you want your story to make.

Bad Habit No. 3: Taking Too Much Time

Humans have a short attention span–frequently a matter of mere seconds before losing focus. If your story is too drawn out, you risk losing your audience’s attention. But how long is too long? Think of it like a basketball shot clock, which gives players just 24 seconds to get the ball in the basket to keep the game moving. Then apply that logic to storytelling.

I know it sounds brief, but an ideal length is between 1:30 and 1:45. That’s all you really need to get in a good anecdote before moving on to the next piece of your message. When you start getting close to that two-minute mark, you need to start wrapping up your narrative. In public speaking contexts, anyhow, effective storytelling is brief storytelling.

Bad Habit No. 4: Not Including Any Dialogue

You need dialogue to bring a story to life, and one line can make for a great climax. For example, I was recently working with a Dutch client who told me how, in her view, the Dutch typically have a strong, independent, self-sufficient spirit. I told her I understood exactly what she was talking about. I told her a story about being at a hotel brunch in Amsterdam many years ago. I wanted champagne, but the bottle was unopened. So I asked a server, “Could you please open this bottle for me?” She abruptly replied, “Can’t you do it yourself?” That snippet of dialogue–the quote from the server–was the climax of the anecdote, the thing that simultaneously tied up the story and made it effective.

Bad Habit No. 5: Taking Your Audience Through Unnecessary Detours

Don’t go off on tangents when you’re building up the action of your story. You don’t want to lose momentum and confuse your audience by discussing something that doesn’t contribute to your main point. Let’s go back to my champagne bottle story. Say I started by describing the brunch spread right after I mentioned the champagne bottle–the story would’ve fallen flat. My client didn’t need to know what kind of pastries they were serving; all she needed to hear was what the server said about uncorking the champagne bottle.

You’re telling a story to make your presentation engaging, which means that how you tell it matters just as much as what the narrative entails. Avoid these traps, and you won’t just tell better stories, you’ll maximize the impact of your overall message, and maybe even leave your audience wanting more.

Anett Grant is the CEO of Executive Speaking, Inc. and the author of the new e-book, CEO Speaking: The 6-Minute Guide. Since 1979, Executive Speaking has pioneered breakthrough approaches to helping leaders from all over the world–including leaders from 61 of the Fortune 100 companies–develop leadership presence, communicate complexity, and speak with precision and power.