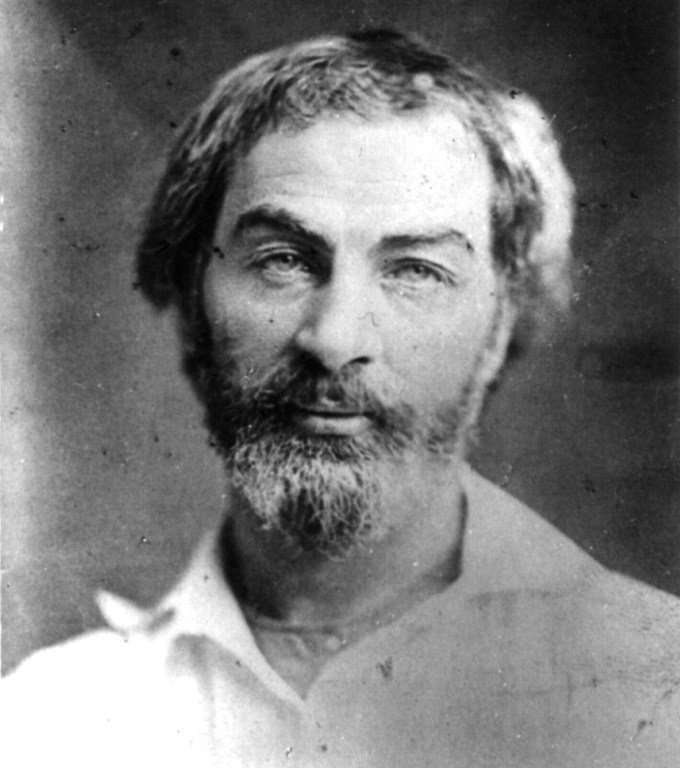 Walt Whitman circa 1854. Photo from the Library of Congress.

Walt Whitman (May 31, 1819–March 26, 1892) was thirty-six when he self-published Leaves of Grass (public library | public domain). Amid its dispiriting initial reception, he received a soul-saving letter of encouragement from Emerson, who by that point had become America’s most influential literary tastemaker. Whitman carried it in his pocket for a long time, proudly showing to friends and lovers, and eventually reprinted it in full in the second edition, on the spine of which a particularly vitalizing sentence from the letter — “I Greet You at the Beginning of a Great Career” — was stamped in gold. 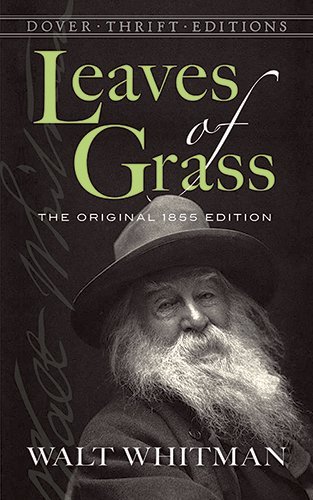 Without Emerson’s emboldening missive, the young poet may have perished in obscurity. Praising the book as brimming with “incomparable things said incomparably well,” Emerson buoyed Whitman’s spirit and soon sculpted public opinion into appreciation. Leaves of Grass went on to become one of most beautiful and beloved poetic works ever written.

Whitman’s words in the preface to the original edition are at least as radiant and rousing as the verses themselves — words that continue to enliven heart, mind, and spirit a century and a half later. He writes:

The land and sea, the animals, fishes, and birds, the sky of heaven and the orbs, the forests, mountains, and rivers, are not small themes … but folks expect of the poet to indicate more than the beauty and dignity which always attach to dumb real objects … they expect him to indicate the path between reality and their souls.

And yet he does indicate the path. In a passage partway between sermon and commencement address, he writes:

This is what you shall do: Love the earth and sun and the animals, despise riches, give alms to every one that asks, stand up for the stupid and crazy, devote your income and labor to others, hate tyrants, argue not concerning God, have patience and indulgence toward the people, take off your hat to nothing known or unknown or to any man or number of men, go freely with powerful uneducated persons and with the young and with the mothers of families, read these leaves in the open air every season of every year of your life, re-examine all you have been told at school or church or in any book, dismiss whatever insults your own soul, and your very flesh shall be a great poem and have the richest fluency not only in its words but in the silent lines of its lips and face and between the lashes of your eyes and in every motion and joint of your body. 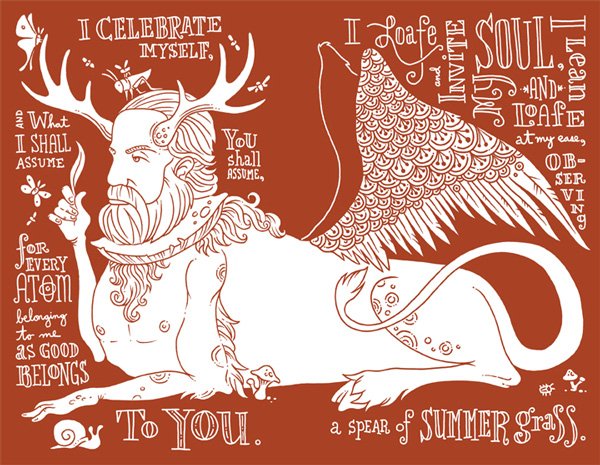 Illustration from Whitman Illuminated: Song of Myself by Allen Crawford.

In a sentiment which Pulitzer-winning poet Mark Strand would come to echo nearly 150 years later in contemplating the artist’s task to bear witness to the universe, Whitman extols the poet’s singular role in granting us access to this richness of being:

The known universe has one complete lover and that is the greatest poet. He consumes an eternal passion and is indifferent which chance happens and which possible contingency of fortune or misfortune and persuades daily and hourly his delicious pay. What baulks or breaks others is fuel for his burning progress to contact and amorous joy.

Without effort and without exposing in the least how it is done the greatest poet brings the spirit of any or all events and passions and scenes and persons some more and some less to bear on your individual character as you hear or read. To do this well is to compete with the laws that pursue and follow time.

He ends the lengthy preface with a piercing reflection on the measure of how an artist dances this dance with the laws of time:

The proof of a poet is that his country absorbs him as affectionately as he has absorbed it.

Absorb the timelessly rewarding Leaves of Grass and complement it with Whitman on the power of music, healthcare and the human spirit, and why a robust society is a feminist society.