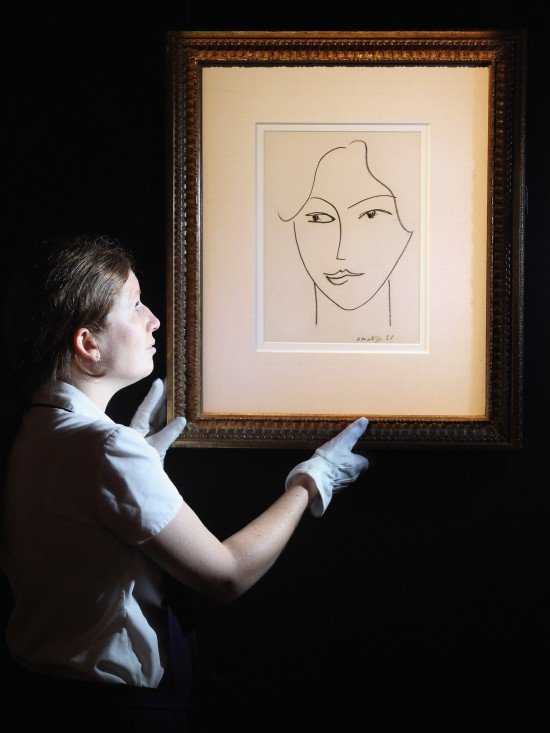 Detecting art forgeries is hard and expensive. Art historians might bring a suspect work into a lab for infrared spectroscopy, radiometric dating, gas chromatography, or a combination of such tests. AI, it turns out, doesn’t need all that: it can spot a fake just by looking at the strokes used to compose a piece.

In one paper, researchers from Rutgers University and the Atelier for Restoration & Research of Paintings in the Netherlands document how their system broke down almost 300 line drawings by Picasso, Matisse, Modigliani, and other famous artists into 80,000 individual strokes. Then a deep recurrent neural network (RNN) learned what features in the strokes were important to identify the artist.

The researchers also trained a machine-learning algorithm to look for specific features, like the shape of the line in a stroke. This gave them two different techniques to detect forgeries, and the combined method proved powerful. Looking at the output of the machine-learning algorithm also provided some insight into the RNN, which acts as a “black box”—a system whose outputs are difficult for researchers to explain.

Since the machine-learning algorithm was trained on specific features, the difference between it and the RNN probably points to the characteristics the neural network was looking at to detect forgeries. In this case, it was using the changing strength along a stroke—that is, how hard an artist was pushing, based on the weight of the line—to identify the artist. With both algorithms working in tandem, the researchers were able to correctly identify artists around 80 percent of the time.

The researchers also commissioned artists to create drawings in the same style as the pieces in the data set to test the system’s ability to spot fakes. The system was able to identify the forgeries in every instance, simply by looking at a single stroke.

“A human cannot do that,” says Ahmed Elgammal, a professor at Rutgers and one of the paper’s authors.

The most promising part of the research might be the way the researchers used the second method to make clear what the RNN is doing, says Eric Postma at Tilburg University in the Netherlands, who has done work in detecting art forgeries with AI for more than a decade. There could be more applications for artificial intelligence in art, he says, but art historians and researchers, steeped in centuries of tradition, have been slow to embrace such techniques. That’s in part because it can be difficult to understand how a machine arrived at its results—a problem this latest research could help solve.