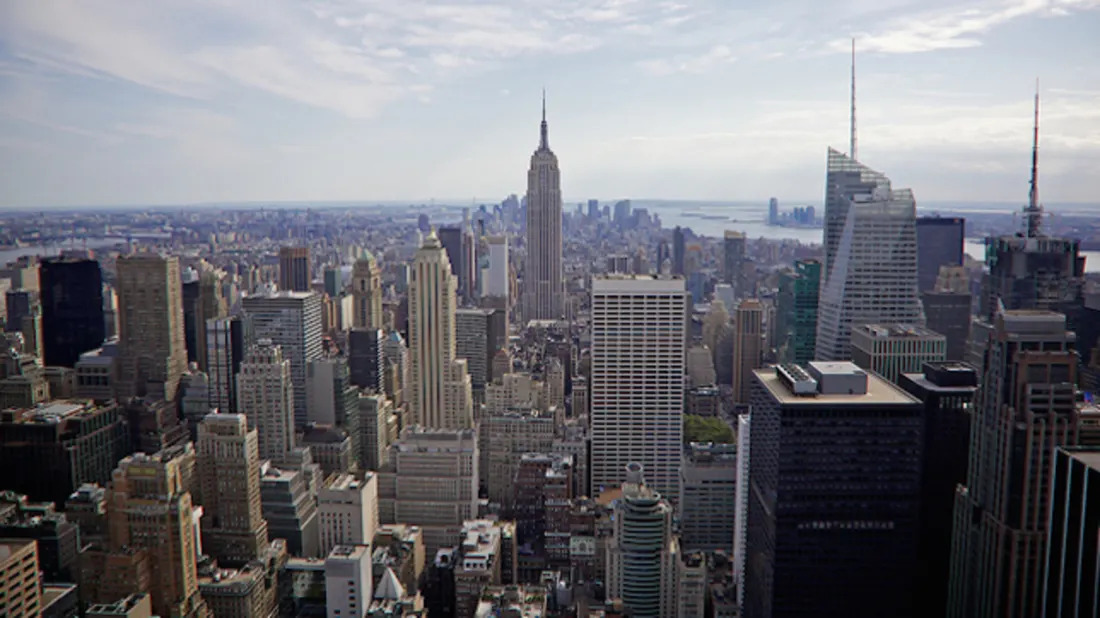 It's hard to imagine that anything literally hanging from utility poles across Manhattan could be considered "hidden," but throughout the borough, about 18 miles of translucent wire stretches around the skyline, and most people have likely never noticed. It's called an eruv (plural eruvin), and its existence is thanks to the Jewish Sabbath.

On the Sabbath, which is viewed as a day of rest, observant Jewish people aren't allowed to carry anything—books, groceries, even children—in public places (doing so is considered "work"). The eruv encircles much of Manhattan, acting as a symbolic boundary that turns the very public streets of the city into a private space, much like one's own home. This allows people to freely communicate and socialize on the Sabbath—and carry whatever they please—without having to worry about breaking Jewish law.

Along with everything else in New York City, the eruv isn't cheap. It costs a group of Orthodox synagogues $100,000 a year to maintain the wires, which are inspected by a rabbi every Thursday before dawn to confirm they are all still attached. While wires do occasionally fall, the overall eruv has survived events such as the Macy's Thanksgiving Day Parade and Hurricane Sandy. When eruv wires do break, it can cause enough of a stir to make news. Most notably, in 2011 a wire broke near the United Nations building, which caused a problem when repair crews couldn't get past security to fix it. The issue was eventually resolved, but not before a good deal of panic set in.

Manhattan has had an eruv in one form or another since the early 20th century, but the present-day incarnation began on the Upper West Side in 1994. It has since expanded from 126th Street to Houston Street, and its exact locations can now be viewed on Google Maps (and an intermittently updated Twitter feed). The city does have some rules in place regarding the eruv: The wires can only be a quarter-inch thick, and they must be hung at least 15 feet off the ground.

New York City isn't the only metropolis in the U.S. with an eruv. They can also be seen (or not seen) in St. Louis, Atlanta, Baltimore, Chicago, Dallas, and numerous other cities across the country. Rabbi Adam Mintz, co-president of the Manhattan eruv, talks more about it in the video below, courtesy of Business Insider:

Jay Serafino is a writer and editor for Mental Floss. He is an indoor enthusiast, who has written extensively on movies, television, comic books, and history. He also might be the only person in New Jersey with tattoos of Teddy Roosevelt and the Green Lantern on the same arm.