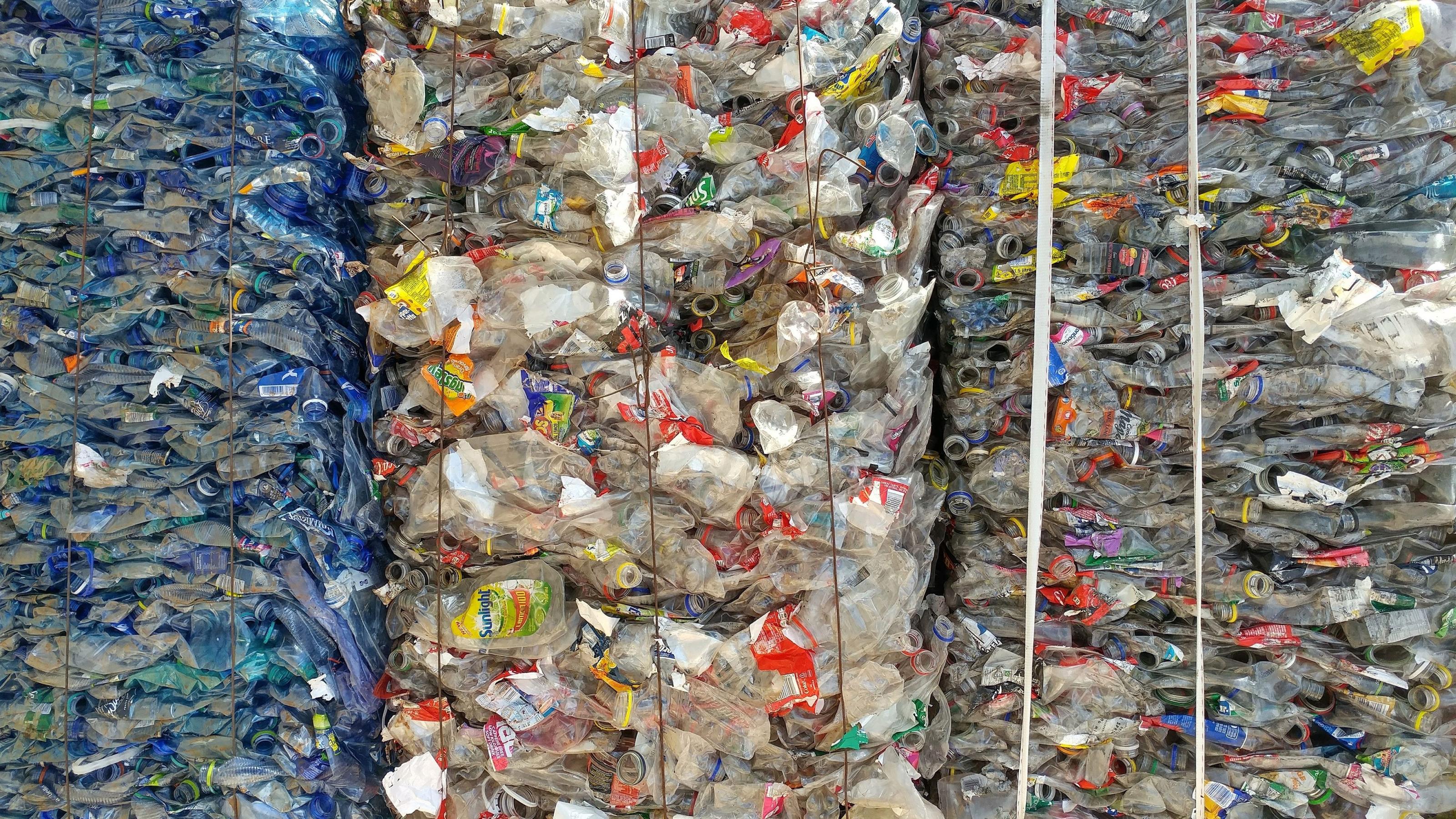 Since the 1950s, when the world was first introduced to the flexible, durable wonder of plastic, 8.3 billion metric tons of it has been produced. Plastic doesn’t biodegrade, so technically, all of that tonnage is still sitting someplace on the planet. And a lot of it is in China.

But China has had enough. In 2017, China announced it was permanently banning the import of nonindustrial plastic waste. According to a paper published in June 2018 in the journal Science Advances, that will leave the world—mostly high-income countries—with an additional 111 million metric tons of plastic to deal with by 2030. And right now, those countries have no good way to handle it.

As of 2016, the top five countries exporting their plastic to China were the US, the UK, Mexico, Japan, and Germany. 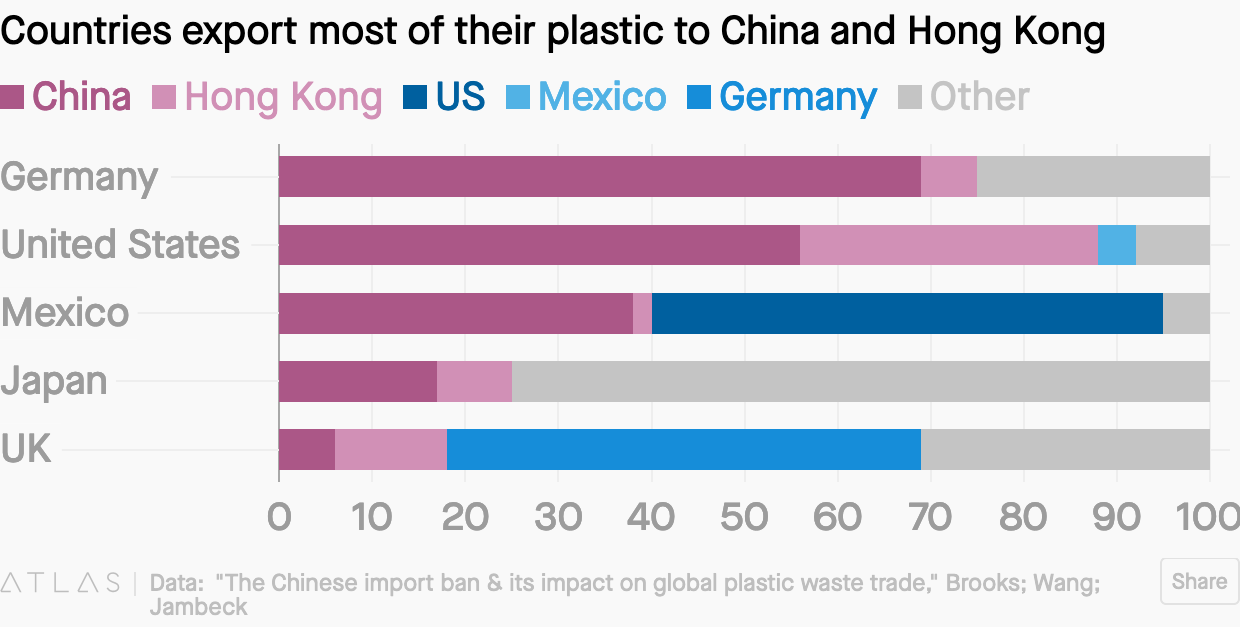 But because flows of plastic are convoluted, it’s possible these numbers don’t tell the whole story. For example, the researchers note that the UK exports 51 percent of its plastic to Germany, but given how much plastic Germany exports to China, it’s seems plausible that much of the UK’s plastic ultimately ends up in China. The same goes for Mexico, which exports 55 percent of its plastic to the US. The US, in turn, exports most of its plastic to China. But the researchers write the United Nations trade data on which they based their research does not monitor flows of plastic between countries, so “we do not know whether that waste is then processed domestically or exported to Hong Kong or China,” they write.

China has in the past tried to limit plastic imports. In 2013, the country implemented a “Green Fence” policy of restricting the types of plastic waste it would accept, with the goal of reducing contamination. The policy lasted only a year, but it was enough to rattle the waste industry. “As a result, plastic recycling industries experienced a globally cascading effect since little infrastructure exists elsewhere to manage the rejected waste,” the researchers write.

That’s already happening again, and now the ban is permanent.

The rule went into effect on January 1, 2018, and plastic immediately began piling up in several European countries, the port of Hong Kong, and the US. “My inventory is out of control,” Steve Frank, who owns recycling plants in Oregon, which up until then had exported most of its materials to China, told the New York Times at the time. He hoped he’d be able to start exporting more waste to countries like Indonesia, India, Vietnam, Malaysia—“anywhere we can”—but “they can’t make up the difference,” he said.

At the end of the day, even the 111 million metric tons of plastic that the researchers found would be back in the laps of countries who used to export to China is still a fraction of all the plastic that gets produced. 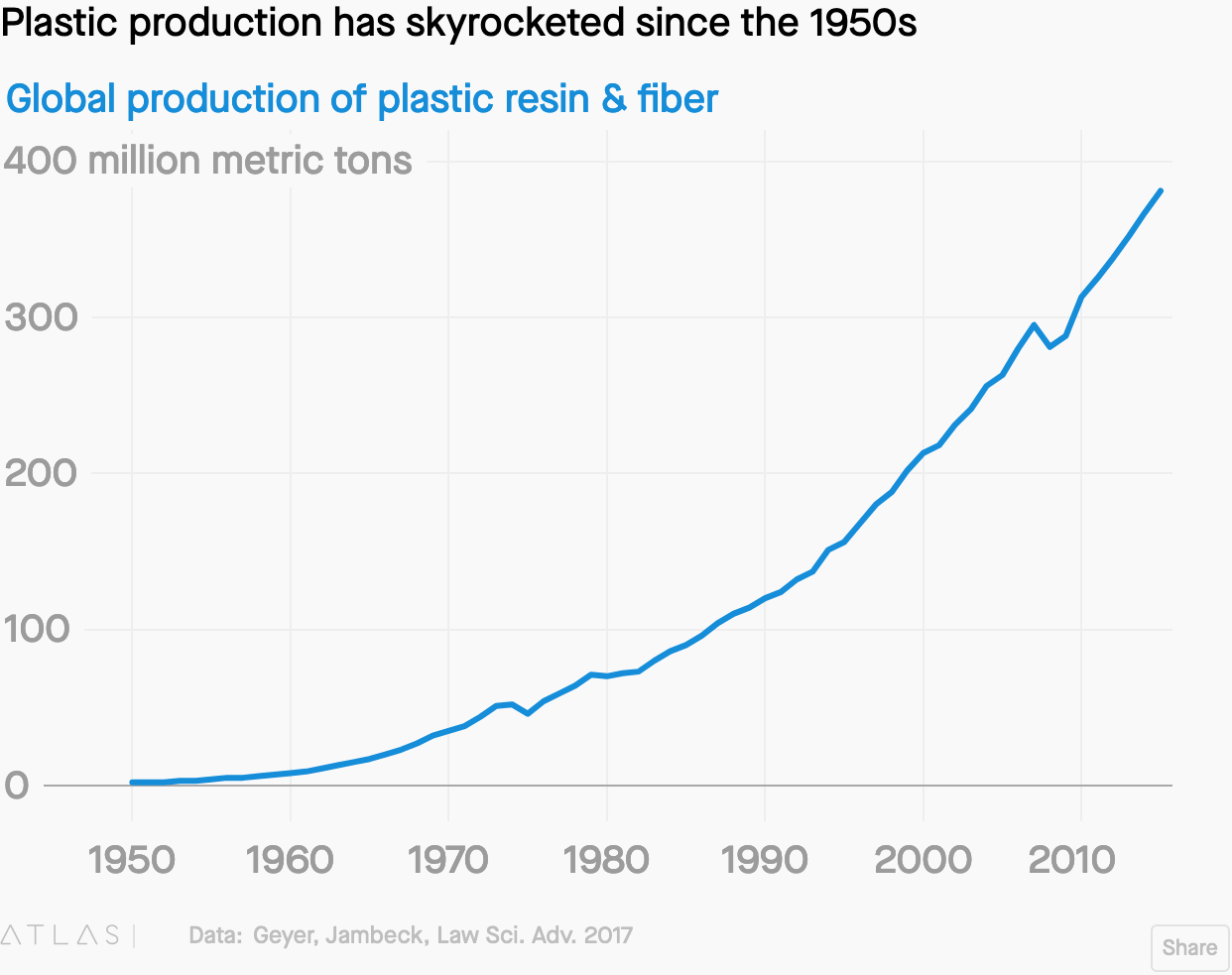 “We know from our previous studies that only 9 percent of all plastic ever produced has been recycled, and the majority of it ends up in landfills or the natural environment,” Jenna Jambeck, an associate professor at the University of Georgia’s college of engineering who co-authored the study, said in a statement.  ”Without bold new ideas and system-wide changes, even the relatively low current recycling rates will no longer be met, and our previously recycled materials could now end up in landfills.” 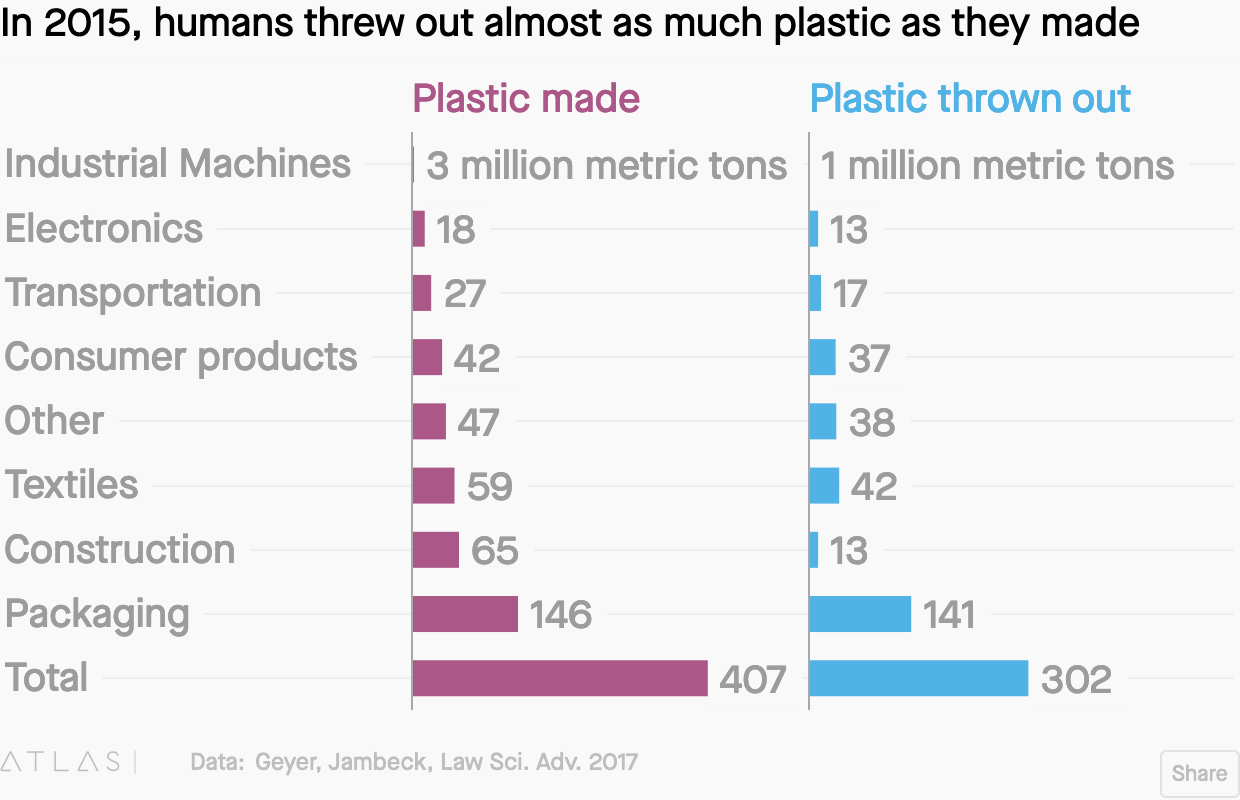