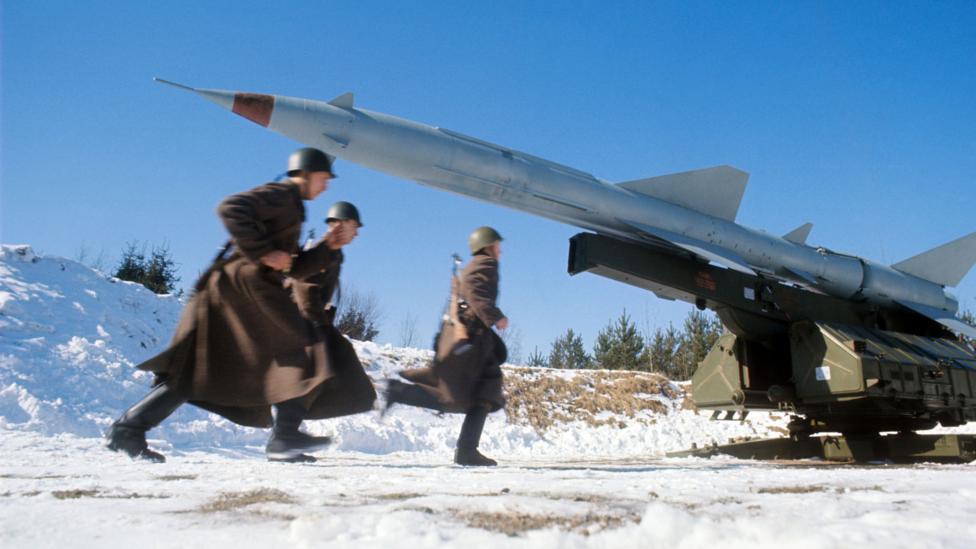 On November 7, 1983, around 100 senior military officers gathered at Nato headquarters in Brussels to ‘fight’ World War Three. The annual simulation, known as Able Archer, came at the end of a large-scale conventional exercise ­– Autumn Forge – involving tens of thousands of Nato troops across western Europe.

Able Archer 83 was held at a time of heightened Cold War tension. Relations between Warsaw Pact and Nato-aligned nations were as bad as they had ever been. Earlier in the year, US President Ronald Reagan had branded the Soviet Union an “evil empire.” And, in September, Soviet pilots had shot down a Korean Airlines 747, killing all 269 people on board.

Meanwhile, both sides of the Iron Curtain were in the process of deploying medium range nuclear weapons – including cruise missiles based at Greenham Common in southern England – capable of striking targets within five minutes of launch. The world was on a nuclear hair-trigger.

According to the fictional scenario behind the Able Archer 83 war game, turmoil in the Middle East was putting a squeeze on Soviet oil supplies. Meanwhile, Yugoslavia – which wasn’t aligned to either side of the Cold War – decided to back the West. The Soviet leaders in the game feared this would lead to a cascade of other eastern European countries following suit, switching allegiance from the Warsaw Pact to Nato, and putting the entire communist system at risk.

The imagined ‘war’ started when Soviet tanks rolled across the border into Yugoslavia. Scandinavia was invaded next, and soon troops were pouring into Western Europe. Overwhelmed, Nato forces were forced into retreat. A few months after the pretend conflict began, Western governments authorised the use of nuclear weapons.

Role-playing Nato forces launched a single medium range nuclear missile, wiping Ukrainian capital Kiev from the map. It was deployed as a signal, a warning that Nato was prepared to escalate the war. The theory was that this ‘nuclear signalling’ would help cooler heads to prevail. It didn’t work.

By November 11, 1983 global nuclear arsenals had been unleashed. Most of the world was destroyed. Billions were dead. Civilization ended.

Later that day, the Nato commanders left their building and went home, congratulating themselves on another successful – albeit sobering – exercise. What Western governments only discovered later is that Able Archer 83 came perilously close to instigating a real nuclear war.

“There’s evidence at the highest levels of the Soviet military that they were finding it increasingly difficult to tell drills from an actual attack,” says Nate Jones, director of the Freedom of Information Act Project for the National Security Archive in Washington DC, an independent non-profit organisation that advocates for open government. “We’re now amassing a collection of documents confirming that the Soviets were really scared the West would launch a nuclear strike.” 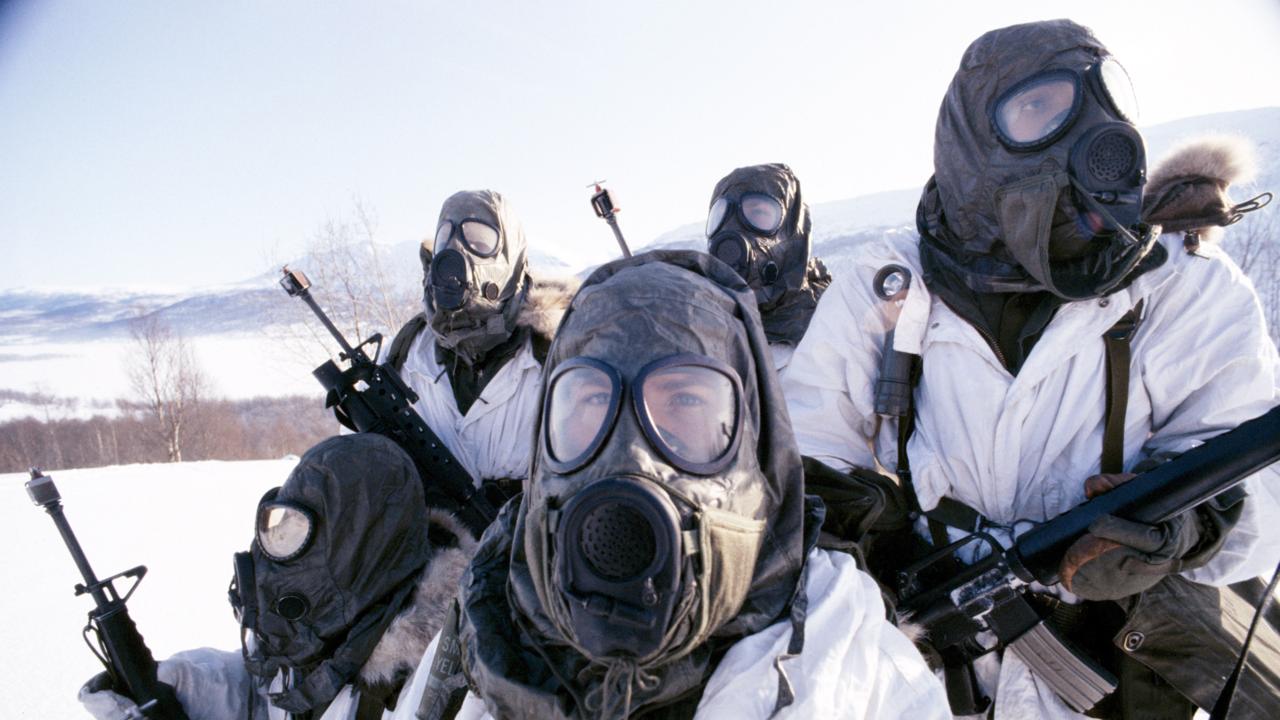 Based at George Washington University, the offices of the National Security Archive are stacked high with files and boxes of documents. Every shelf creaks with information that governments would rather have kept secret. Exposing the details of Able Archer 83 has taken Jones years of persistence.

“I remember [when I started] going to the archives and being laughed at, being told you’ll never see that as it’s highly classified,” says Jones. But after 12 years of filing freedom of information requests, complaining, chasing and badgering, in 2015, the efforts paid off. “I got this package in the mail, the key all-source intelligence report – and to make it even better, it arrived on my birthday.”

The document, produced in 1990 by the US President’s Foreign Intelligence Advisory Board, is entitled “The Soviet War Scare.” With only a few short sections redacted, the 109-page report details the unintended consequences of Able Archer 83. It makes for sobering reading (you can read the entire report here).

Unlike previous exercises, Able Archer 83 included encrypted communications and periods of total radio silence. There were also deployments on the ground. Some US air bases even practised weapons handling – taxiing out of hangars with realistic dummy warheads. 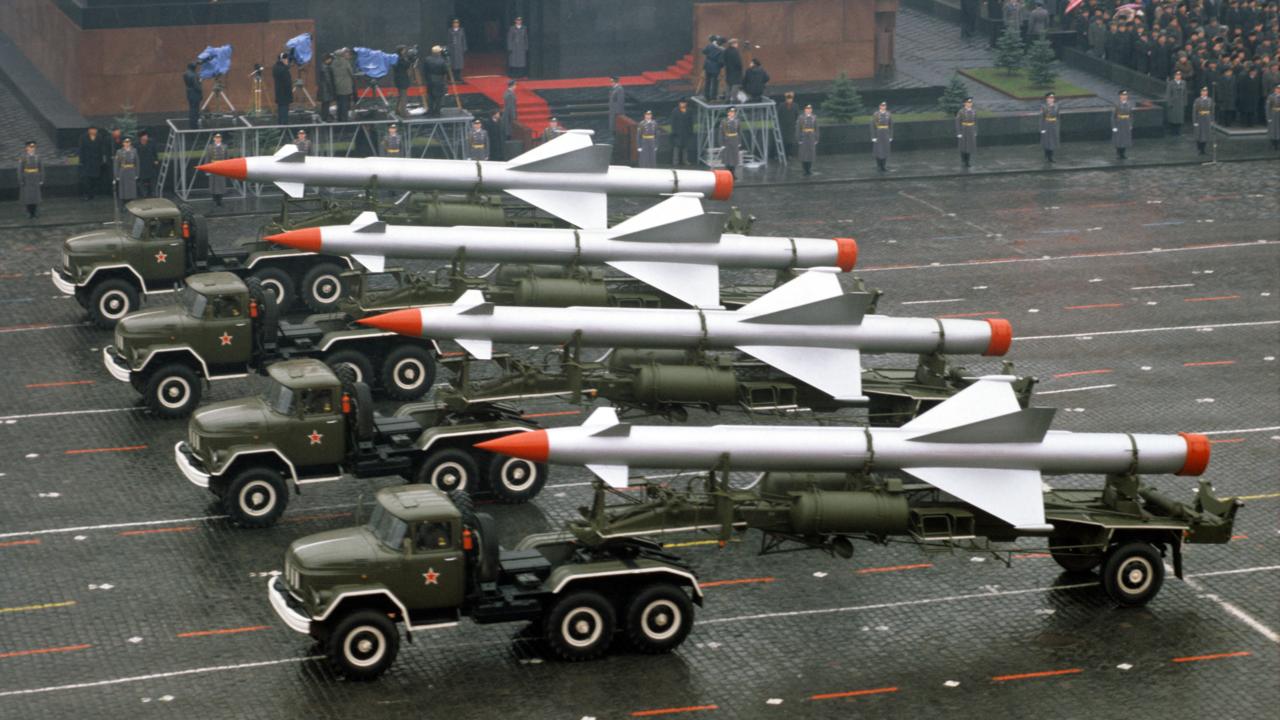 Surface-to-air missiles on parade in Red Square on the 65th anniversary of the October Revolution. Credit: Getty Images.

Based on intelligence gathered in the months following the exercise, the 1990 report investigated the Soviet response. This included grounding flights, transporting nuclear weapons ready for deployment and assigning priority targets. There was also an unprecedented emphasis on civil defence measures. It had all the appearances of full-scale preparations for war.

The Soviet leadership didn’t believe Able Archer was an exercise, but instead a cover for a genuine first strike nuclear attack, and they prepared to retaliate.

“The war scare was real, and it’s very scary – an unprecedented military reaction,” says Jones. “We don’t want our enemies to think we’d launch a first strike when we have no intention of doing so.”

So how did an annual Nato military exercise get so badly misinterpreted? To investigate the answer, Jones and his colleagues have recently been scouring Russian sources including the KGB archive in Ukraine.

“We’ve found a confidential Soviet military journal from 1984 with a detailed analysis of Able Archer,” says Jones. “[It’s clear] from worried tones that the Soviet military was scared.”

In 1983, the leader of the Soviet Union was Yuri Andropov. A former head of the KGB and very much of the Soviet old-guard, he had risen through communist party ranks. But by the time he reached the top he was seriously ill. And seriously paranoid.

“There was a paranoia,” says Martin Chalmers, deputy director general of London-based security think-tank RUSI. “The Soviet leadership could remember the trauma of Hitler’s surprise attack in 1941 that almost destroyed the Soviet Union – that was the lens through which US policy was seen.” 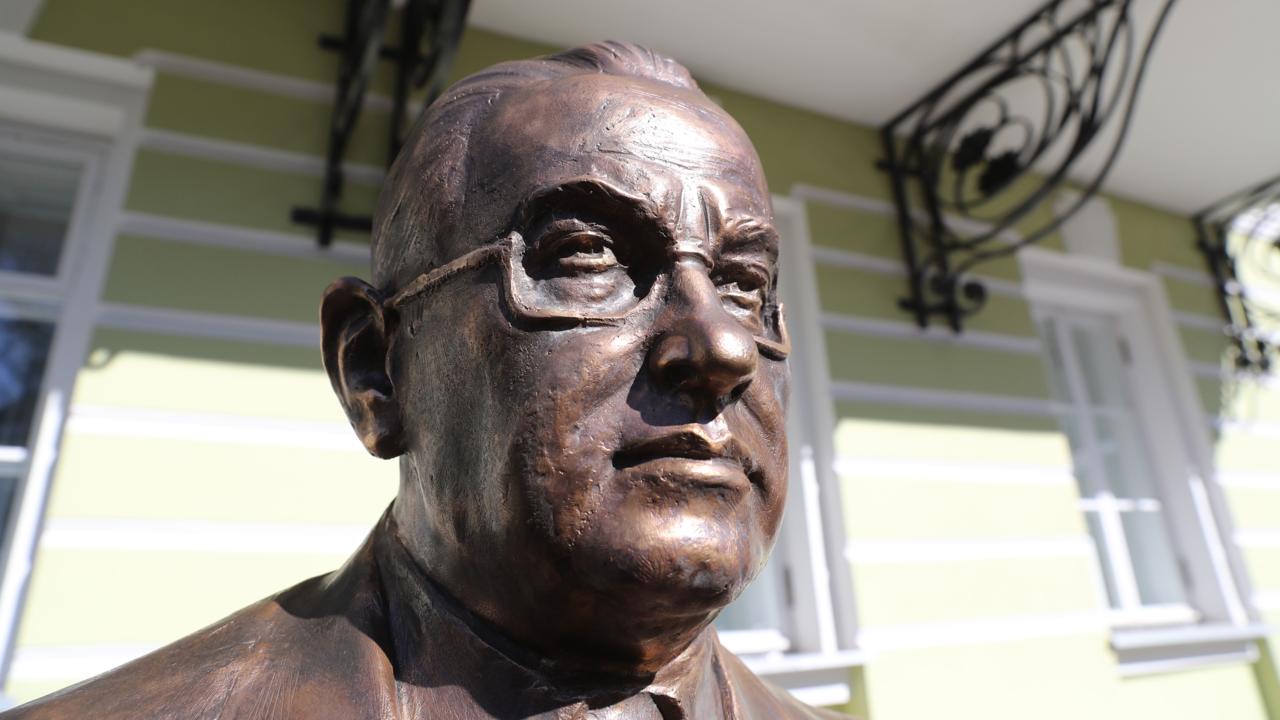 Yuri Andropov, the leader of the Soviet Union at the time, had told KGB officers to watch keenly for any nuclear activity. Credit: Getty Images.

“There’s a document I found of Andropov telling KGB officers: ‘your number one priority is not to miss a nuclear strike’,” says Jones. “KGB operatives were tasked with trying to detect this and report it every two weeks.”

But because their masters in Moscow wanted to hear there was potential for a first-strike, to please their bosses, that’s what the spies delivered.

“These people were close to the West, they lived in the West and knew there were no plans for a first strike but they reported what they were told to report,” Jones explains. “Moscow collected these reports and drew dire conclusions and, as this reporting was going on, Able Archer 83 occurred.”

It was a dangerously vicious circle. “It’s a failure of the Soviet system,” says Jones, “Soviet intelligence did not act rationally.”

But nor did Western leaders understand the dangers of simulating a first strike nuclear attack. “It was a lack of empathy combined with the nuclear arms race creating tension,” says Jones. “The [conventional Autumn Forge] exercise was right on the Soviet border and then you had the added dimension of these new decapitating nuclear weapons.”

Although the secret US presidential report on Able Archer 83 wasn’t published until 1990, within months of the exercise, the first hints of trouble were reaching British intelligence. Both Prime Minister Margaret Thatcher and President Reagan were shocked when they discovered that the Soviets believed they would authorise a first-strike attack.

Fortunately – and perhaps partly as a result of the war scare – over the subsequent months and years, tensions eased. And Reagan and new Soviet premier Mikhail Gorbachev embarked on a series of arms reduction treaties.

Far from being a terrifying footnote in Cold War history, however, Able Archer 83 is still relevant today. At the time of this article's publication in November 2018, rhetoric is once again ratcheting-up between Russia and the US, with concerns that global nuclear treaties are unravelling.

Russia, the US and China are renewing their nuclear arsenals. The US also insists that the Russians have, in breach of the Intermediate-Range Nuclear Forces (INF) treaty, developed a new medium-range missile. As a result, President Trump has said he will withdraw from the agreement.

“The collapse of arms control will combine with the very real concerns that both sides see the other side as malign and possibly prepared to do some terrible thing in a crisis,” says Chalmers. “If a crisis comes along, the chances of a misunderstanding of the sort we saw in 1983 will be greater.”

Jones, who has been immersed in Able Archer 83 for most of his career, agrees. “As long as there are nuclear weapons, the danger of war through miscalculation remains.”