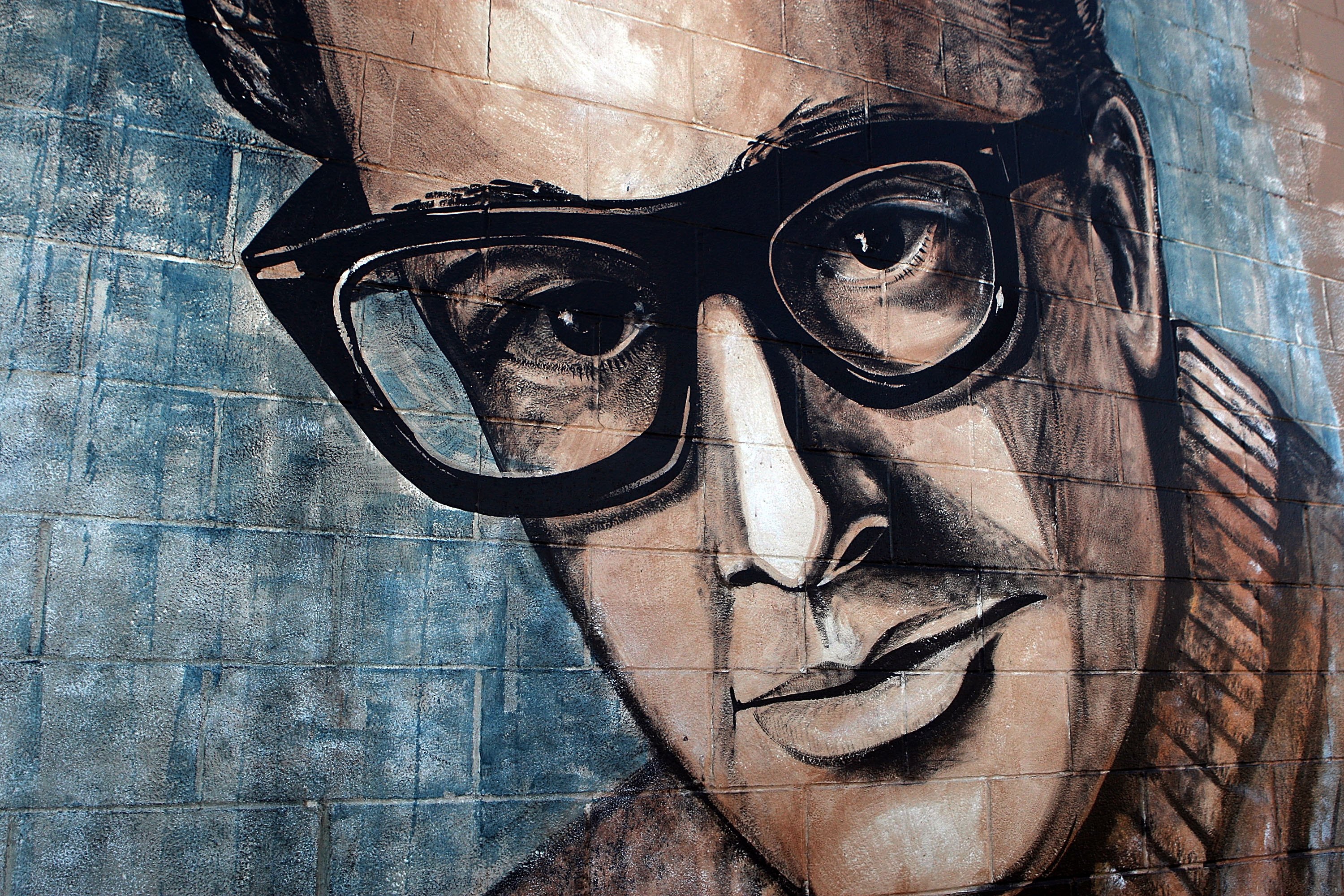 Sheriff Jerry Allen of Cerro Gordo County, Iowa, was combing through a storage vault in a courthouse basement on February 29, 1980 when he came across an envelope. It was from the coroner's office and read, "Charles Hardin Holley, rec'd April 7, 1959." Allen opened it and found a pair of black-framed angular eyeglasses, the lenses scratched.

The sheriff instantly connected them to the most famous incident to have ever happened in that rural patch: "The Day the Music Died." On February 3, 1959, a charter flight carrying musicians Buddy Holly, The Big Bopper, and Ritchie Valens to a tour stop crashed into a cornfield outside Mason City, Iowa, due to a combination of inclement weather and pilot error. The crash killed all three early rock stars and the pilot, Roger Peterson.

Besides Holly's glasses, the envelope discovered by Sheriff Allen also contained some dice, a cigarette lighter, and two wristwatches, one engraved with the name "J.P. Richardson"—The Big Bopper's real name. The watch still ran "quite well," Allen told a reporter for United Press International a few weeks later. "I cranked it up."

When first responders scoured the crash site in 1959, they collected personal effects, which were sent to the victims' families. Allen speculated that the leftover items were flung from the plane and found by a farmer two months later, when the snow melted. The coroner's office collected and then misplaced them in the process of moving to a new county courthouse. The envelope spent 21 years in a locked steel cabinet in a storage vault.

The glasses were Buddy Holly's trademark. The Texas-born singer had 20/800 vision and couldn't read the top line of the eye chart as a boy, though he initially went spec-less at gigs, thinking glasses would hurt his image. According to Texas Monthly, that changed after an early show where he dropped his guitar pick and had to crawl around on stage searching for it. He still ditched his glasses for his first promotional photos, but he finally found a style of black frames he liked. In a great leap for bespectacled nerds everywhere, Holly managed to make the thick-framed glasses cool.

Upon discovering the glasses, Sheriff Allen planned to turn them over to Buddy Holly's parents. However, Holly's widow, Maria Holly Diaz, who lost her husband when he was just 22, objected. The parties couldn't come to an agreement and the matter went to court. They weren't the only people who wanted the glasses. According to The Day the Music Died: The Last Tour of Buddy Holly, The Big Bopper and Ritchie Valens by Larry Lehmer, Sheriff Allen ignored a Holly fanatic from Delaware who offered $502.37 for the glasses, pleading to Allen that it was his entire life savings. "I'd wish I'd have just put the damn things back and forgotten about them," complained Allen, according to Lehmer.

On March 20, 1981, a judge granted the glasses to Diaz at the same Mason City courthouse where Allen had discovered them. According to Texas Monthly, she sold them for $80,000 in 1998 to Civic Lubbock, the nonprofit behind the city's Buddy Holly Center, where they are on permanent display.

Nick Keppler is a Pittsburgh-based freelance writer whose work has appeared in The Village Voice, Nerve, Vice, and Slate. When he’s not on his laptop, he’s probably kayaking on one of the city’s rivers with a Led Zeppelin track blaring through his earbuds.