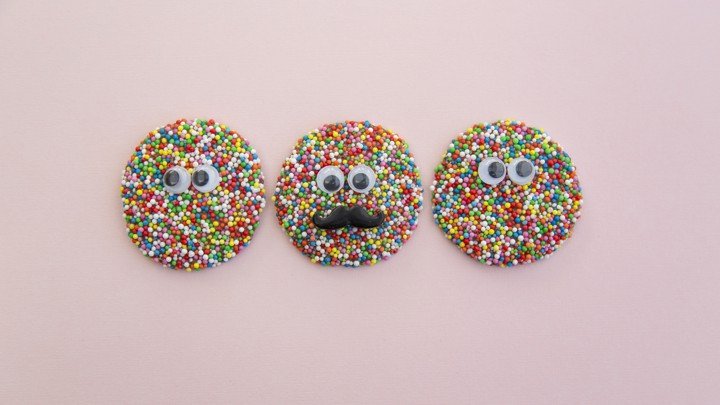 Photo by Jennifer A Smith / Getty.

At one point, a recipe for salted chocolate-chunk shortbread cookies spread through my social circle like a carbohydrate epidemic. One of my friends kept seeing the cookies pop up on Instagram and, relenting to digital peer pressure, eventually made them. She brought half the batch to a dinner party, and then it was off to the races. For months, it felt as if every time I showed up to a party, someone else was pulling a Tupperware container out of a tote bag, full of what was eventually known among us as just The Cookies.

The particular look of The Cookies—chunky and squat, with a right-angled edge rolled in Demerara sugar, finished with flaky salt—made them distinctive in a way that few recipes are, which in turn made the recipe, from the chef Alison Roman’s Dining In cookbook, an easy shorthand. As each subsequent friend made and presented their cookies, they’d note how the process went. It was as if everyone I knew had taken up baking. Via the social-media response to her book, Roman noticed the same thing. “It seemed to be a lot of first-time bakers making the cookies, like it was a fun, social art project,” she says. Beyond The Cookies, people I follow on Instagram and Twitter had also started turning out pies, cakes, tarts, and breads.

Millennials’ supposed aversion to daily cooking and lack of kitchen competency is well-worn fodder for concern trolling, but the generation’s actual relationship to food prep appears to be more complicated. Surveys concluding that people in their 20s and 30s cook less usually measure day-to-day meal preparation, which doesn’t tell the whole story. Young Americans’ long work hours might mean they’re less likely to come home every night in time to roast a chicken instead of ordering takeout, but many of them seem to have turned to weekend baking as a salve for the ambient anxiety of being alive in these times. There’s a good reason for that: Baking actually can be really relaxing.

According to the American Psychiatric Association’s annual poll, 40 percent of Americans report feeling more anxious in 2018 than they did in 2017, which saw a 36 percent increase over 2016. “We’re at a time when people who aren’t used to any self-care practices are having to develop them for the first time in their lives,” Kat Kinsman, a food journalist who’s written a book on her struggles with anxiety, told me. “People are afraid to spend money, and they’re feeling like shit. Baking is cheap, it’s easy, and it’s visceral.”

That combination of attributes brought Kinsman back to baking while in grad school for metalworking, years after she had taken it up as a quiet, nerdy kid in order to offer treats to friends. As an adult, she was broke, stressed out, and in need of something pleasant to do with her hands to contrast what she did in her classes. “You’re digging your hands into something pliable, and with an immediate result to it,” Kinsman said. “Everything else seemed so distant and painful, in a way, and this was something I could whip out and there it was. Instant gratification.” Even when she was too stressed out to eat the result herself, she’d bring her cookies and cakes into school. (Apparently the stress eaters in her program also profited.)

Folu Akinkuotu, a 28-year-old who lives in Boston and works in e-commerce—and someone whose impressive off-hours baking exploits I follow on social media—also started baking more in college as a way to make friends during her freshman year. Now she does it as a foil to the ephemerality of her professional life. “It’s nice to be able to bake and know that I’m creating something that has a beginning and an end and people can enjoy it,” she says. “A lot of people have jobs that traffic in ideas or theoretical things, so it’s nice to make physical things.”

At the beginning of 2018, Akinkuotu took things a step further, challenging herself to make one elaborate cake per month until the end of the year. “I wanted to give myself some structure, because I don’t have a ton of that in my life,” she says. “There’s work, but being a young person who lives alone, my time is always my own, pretty much. It’s nice to have a deadline.”

Alice Medrich, a baking expert and cookbook author, agrees that baking is a particularly effective activity for those whose professional lives exist mostly in the abstract. “People who are educated sometimes think that working with your hands is a lesser thing,” she argues. “They sort of miss what that can do for you—the calming, and the sense of satisfaction.” As jobs for young people become more gig-centric and internet-based, those who do them can easily feel alienated from the product of their labor, and the satisfaction of creating something wholly for yourself and those you love can provide an important mental balance.

In addition to the satisfaction of creating, the process of baking itself can be calming. “Baking is mindful. Mindfulness means paying attention to yourself in the moment and not being in the past or the future, but really being there,” says Philip Muskin, a Columbia University psychiatry professor and the secretary of the American Psychiatry Association. Buzzwords aside, baking does indeed force you to put down your phone, get your hands dirty, and pay close attention to what you’re doing. Muskin says it can have an emotional impact akin to practices that are intended to more directly affect mood, such as meditation or breathing exercises.

If you’re more inclined toward cooking instead of baking, that can have some of the same positive effects, according to Muskin, but there’s something about dessert that’s just a little bit more fun. Most baked goods still taste good even if they’re not perfectly executed, and they have a wide-ranging portability that doesn’t apply to, say, a medium-rare beef tenderloin. Akinkuotu often brings her cakes to parties, including a friend’s recent birthday outing to a bar. “Everyone got drunk, and then we ate it with our hands. It was like 2 a.m. and there’s this half-eaten cake with just, like, giant hand scrapes out of it,” she remembers. “My friend woke up with [the cake] in her bed the next morning. You can’t really do that with a coq au vin. It’d be a little weird.”