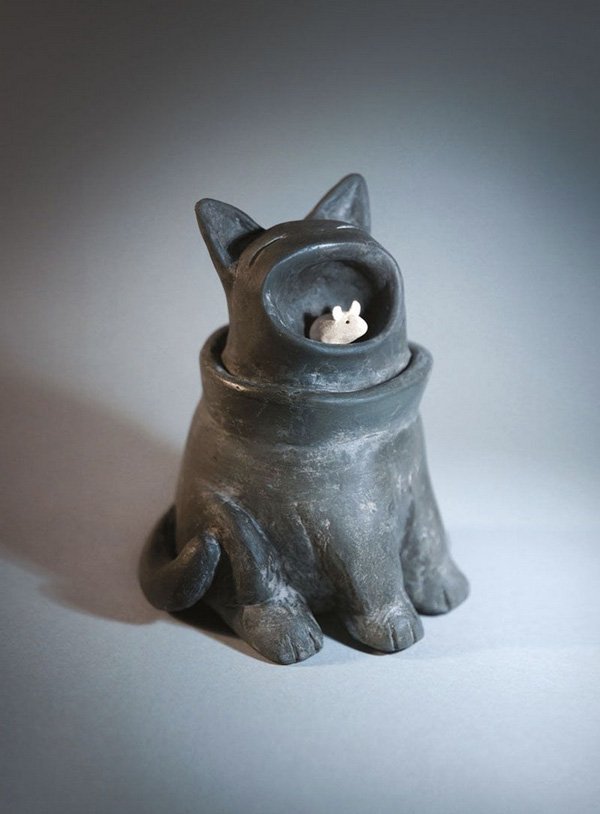 Art by Shaun Tan for a special edition of the Brothers Grimm fairy tales.

Thoreau wrote as he contemplated how silence ennobles speech. In the century and a half since, we have created a culture that equates loudness with leadership, abrasiveness with authority. We mistake shouting for powerful speech much as we mistake force for power itself. And yet the real measure of power is more in the realm of Thoreau’s “fine things.” 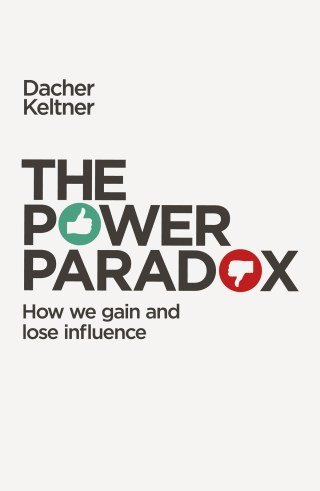 So argues UC Berkeley psychologist Dacher Keltner in The Power Paradox: How We Gain and Lose Influence (public library) — the culmination of twenty years of research exploring what power is, what confers it upon an individual, and how it shapes the structure of a collective, a community, and a culture. Drawing on a wealth of social science studies and insights from successful teams ranging from companies like Pixar and Google to restorative justice programs in San Quentin State Prison, he demonstrates “the surprising and lasting influence of soft power (culture, ideas, art, and institutions) as compared to hard power (military might, invasion, and economic sanctions).”

Life is made up of patterns. Patterns of eating, thirst, sleep, and fight-or-flight are crucial to our individual survival; patterns of courtship, sex, attachment, conflict, play, creativity, family life, and collaboration are crucial to our collective survival. Wisdom is our ability to perceive these patterns and to shape them into coherent chapters within the longer narrative of our lives.

Power dynamics, Keltner notes, are among the central patterns that shape our experience of life, from our romantic relationships to the workplace. But at the heart of power is a troubling paradox — a malignant feature of human psychology responsible for John Dalberg-Acton’s oft-cited insight that “power tends to corrupt, and absolute power corrupts absolutely.” Keltner explains the psychological machinery of this malfunction and considers our recourse for resisting its workings:

The power paradox is this: we rise in power and make a difference in the world due to what is best about human nature, but we fall from power due to what is worst. We gain a capacity to make a difference in the world by enhancing the lives of others, but the very experience of having power and privilege leads us to behave, in our worst moments, like impulsive, out-of-control sociopaths.

How we handle the power paradox guides our personal and work lives and determines, ultimately, how happy we and the people we care about will be. It determines our empathy, generosity, civility, innovation, intellectual rigor, and the collaborative strength of our communities and social networks. Its ripple effects shape the patterns that make up our families, neighborhoods, and workplaces, as well as the broader patterns of social organization that define societies and our current political struggles.

Much of what is most unsettling about human nature — stigma, greed, arrogance, racial and sexual violence, and the nonrandom distribution of depression and bad health to the poor — follows from how we handle the power paradox. 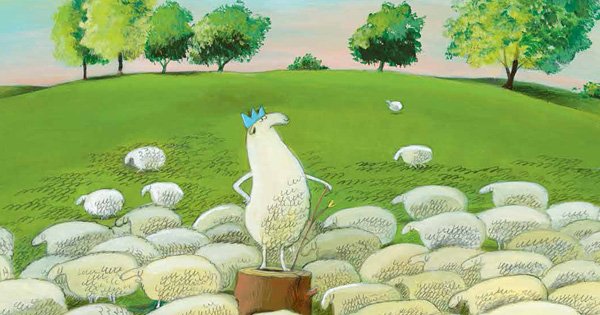 Art by Olivier Tallec from Louis I, King of the Sheep, an illustrated parable of how power changes us.

What causes us to mishandle the power paradox, Keltner argues, is our culture’s traditional understanding of power — a sort of time-capsule that no longer serves us. Predicated on force, ruthlessness, and strategic coercion, it was shaped by Niccolò Machiavelli’s sixteenth-century book The Prince — but it is as antiquated today as the geocentric model of the universe that dominated Machiavelli’s day. What governs the modern world, Keltner demonstrates through two decades of revelatory studies, is a different kind of power — softer, more relational, predicated on reputation rather than force, measured by one’s ability to affect the lives of others positively and shift the course of the world, however slightly, toward the common good. He writes:

Perhaps most critically, thinking of power as coercive force and fraud blinds us to its pervasiveness in our daily lives and the fact that it shapes our every interaction, from those between parents and children to those between work colleagues.

Power defines the waking life of every human being. It is found not only in extraordinary acts but also in quotidian acts, indeed in every interaction and every relationship, be it an attempt to get a two-year-old to eat green vegetables or to inspire a stubborn colleague to do her best work. It lies in providing an opportunity to someone, or asking a friend the right question to stir creative thought, or calming a colleague’s rattled nerves, or directing resources to a young person trying to make it in society. Power dynamics, patterns of mutual influence, define the ongoing interactions between fetus and mother, infant and parent, between romantic partners, childhood friends, teens, people at work, and groups in conflict. Power is the medium through which we relate to one another. Power is about making a difference in the world by influencing others.

In a sentiment that parallels Thoreau’s wisdom on silence and shouting, Keltner adds:

A new wave of thinking about power reveals that it is given to us by others rather than grabbed. We gain power by acting in ways that improve the lives of other people in our social networks.

One key consequence of the fact that power is given to us by others is its reputational nature — an insight both disquieting to the ego and comforting to the soul, for we are inescapably social creatures. Keltner observes:

Our influence, the lasting difference that we make in the world, is ultimately only as good as what others think of us. Having enduring power is a privilege that depends on other people continuing to give it to us.

“Enduring” is an operative word in Keltner’s premise. The “power paradox” is paradoxical precisely because those who manage to wrest power forcibly by the Machiavellian model may have power, or perceived power, for a certain amount of time, but that amount is finite. Its finitude springs from the attrition of the person’s reputation. But the most troubling aspect of the power paradox is that even if a person rises to power by counter-Machiavellian means — kindness, generosity, concern with the common good — power itself will eventually warp her priorities and render her less kind, less generous, less concerned with the common good, which will in turn erode her power as her reputation for these counter-qualities grows.

Keltner cites a number of studies demonstrating these tendencies empirically — poor people give to charity a greater portion of their income than rich people, those in positions of power exhibit more entitled behaviors, people who drive expensive cars are significantly crueler to pedestrians at crosswalks, and so forth.

But in reading these alarmingly consistent studies, I had to wonder about one crucial confound that remains unaddressed: People in positions of power also tend to be busier — that is, they tend to have greater demands on their time. We know from the now-iconic 1970s Good Samaritan study that the single greatest predictor of uncaring, unkind, and uncompassionate behavior, even among people who have devoted their lives to the welfare of others, is a perceived lack of time — a feeling of being rushed. The sense of urgency seems to consume all of our other concerns — it is the razor’s blade that severs our connection to anything outside ourselves, anything beyond the task at hand, and turns our laser-sharp focus of concern onto the the immediacy of the self alone. 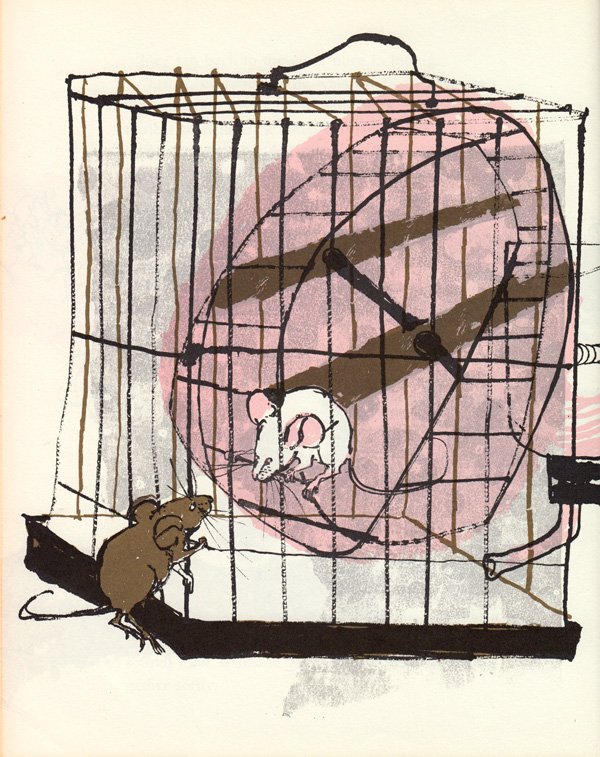 We know this empirically, and we know its anecdotal truth intimately — I doubt I’m alone in the awareness that despite a deep commitment to kindness, I find myself most likely to, say, be impatient with a fellow cyclist when I feel pressed for time, when I know I’m running late. Even Keltner’s famous and tragicomical study, which found that drivers of expensive cars are most inconsiderate to pedestrians, might suffer from the same confound — those who can afford expensive cars are typically people we would deem “successful,” who also typically have far greater demands on their time. So could it be that a scarcity of time — that inescapable hum of consciousness — rather than an excess of power is the true corrupting agent of the psyche?

And so another paradox lives inside the power paradox — the more powerful a person becomes, the busier and more rushed she is, which cuts her off from the very qualities that define the truly powerful. What would the studies Keltner cites look like if we controlled not only for power, but for time — for the perception of being rushed and demand-strained beyond capacity? (Kierkegaard condemned the corrosive effect of busyness nearly two centuries ago.)

Still, Keltner’s central point — that power in the modern world is “gained and maintained through a focus on others” — remains valid and important. He considers the conscious considerations we can make in order to bypass the perils of the power paradox:

Handling the power paradox depends on finding a balance between the gratification of your own desires and your focus on other people. As the most social of species, we evolved several other-focused, universal social practices that bring out the good in others and that make for strong social collectives. A thoughtful practitioner of these practices will not be misled by the rush of the experience of power down the path of self-gratification and abuse, but will choose instead to enjoy the deeper delights of making a lasting difference in the world. These social practices are fourfold: empathizing, giving, expressing gratitude, and telling stories. All four of these practices dignify and delight others. They constitute the basis of strong, mutually empowered ties. You can lean on them to enhance your power at any moment of the day by stirring others to effective action.

But “power” is one of those words — like “love” and “happiness” — to have become grab-bag terms for a constellation of behaviors, states, emotions, and phenomena. Noting that “a critical task of science is to provide clear nomenclature — precise terms that sharpen our understanding of patterned phenomena in the outside world and inside the mind,” Keltner offers elegant and necessary definitions of the distinct notions comprising the constellation of power in modern society:

POWER your capacity to make a difference in the world by influencing the states of other people.

STATUS the respect that you enjoy from other people in your social network; the esteem they direct to you. Status goes with power often but not always.

CONTROL your capacity to determine the outcomes in your life. You can have complete control over your life — think of the reclusive hermit — but have no power.

SOCIAL CLASS the mixture of family wealth, educational achievement, and occupational prestige that you enjoy; alternatively, the subjective sense you have of where you stand on a class ladder in society, high, middle, or low. Both forms of social class are societal forms of power.

In the remainder of The Power Paradox, Keltner goes on to examine, through a robust body of research bridged with intelligent insight, what we can do both as individuals and as a society to cultivate the qualities that empower us by empowering others and counter those that feed the most selfish and small-spirited tendencies of human nature. Complement it with Blaise Pascal’s timeless 17th-century wisdom on the art of persuasion and philosopher Martha Nussbaum on human dignity and the nuanced relationship between agency and victimhood.