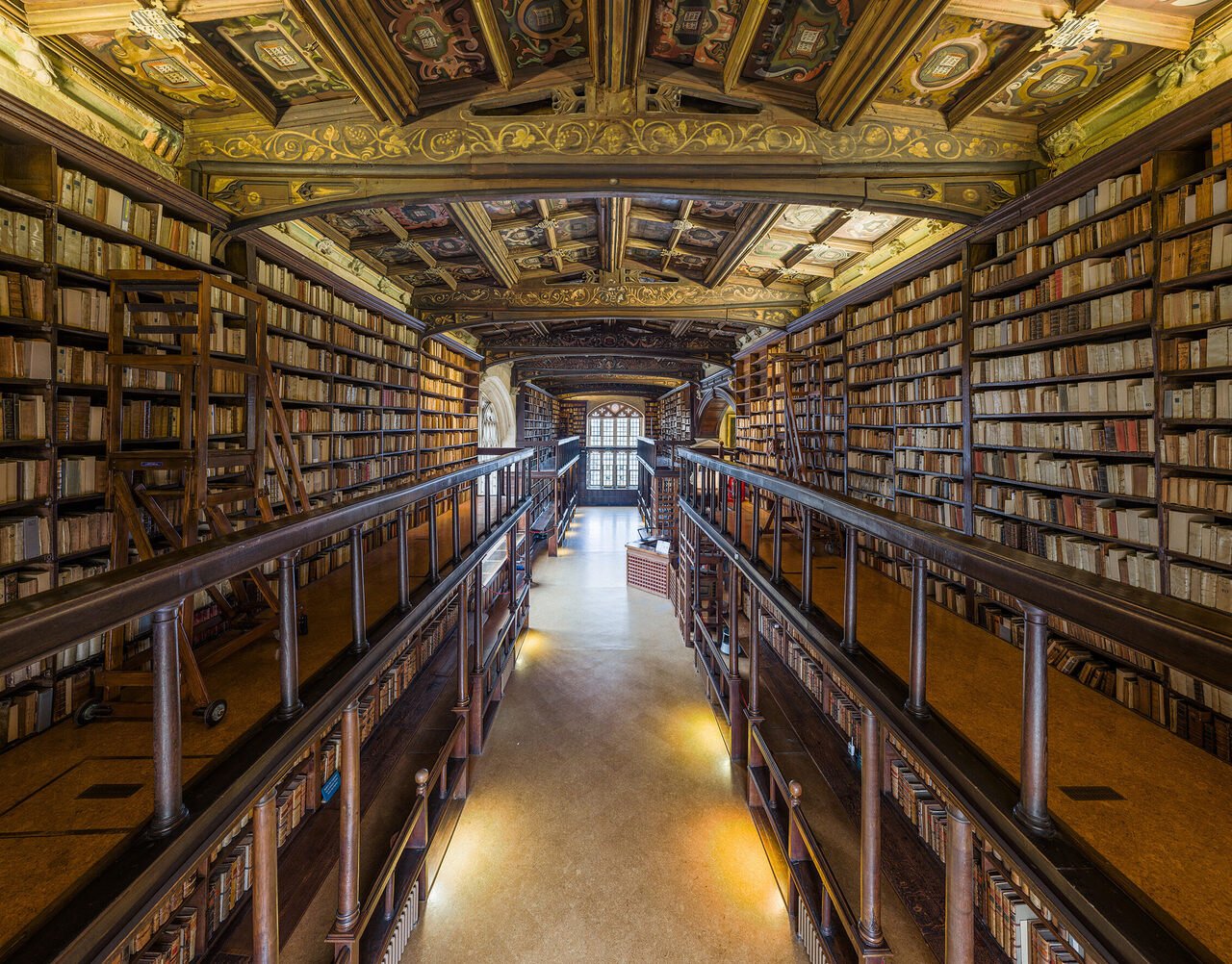 The oldest reading room at the Bodleian Library, in Oxford. David Iliff/CC-BY-SA 3.0.

Librarians take these kinds of questions very seriously, so when Atlas Obscura contacted some of our favorite libraries to ask about the oldest books in their collections, we were treated to a wealth of information about the treasures they hold.

The New York Public Library, for instance, has not only cuneiform tablets and ninth-century gospels, but also a Gutenberg Bible and a copy of The Bay Psalm Book, one of the oldest books printed in America. In addition to its own cuneiform tablets and Gutenberg Bible, the Library of Congress holds one of the oldest examples of printing in the world, passages from a Buddhist sutra, printed in A.D. 770, as well as a medieval manuscript from 1150, delightfully titled Exposicio Mistica Super Exod.

In the history of writing, bound books as we know them today arrive fairly late, so there are no actual “books” on this list. Instead, this is a wondrous collection of illuminated manuscripts, papyrus scrolls, and clay tablets. Some of these items you can even see in person, if you pay a visit. 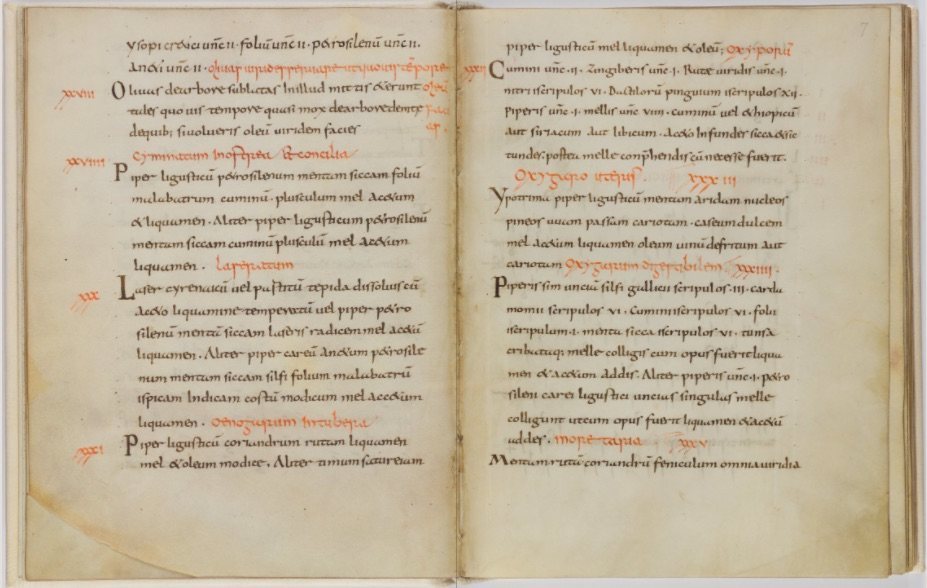 De re culinaria. Courtesy of The New York Academy of Medicine Library.

Synopsis: The earliest surviving cookbook in the West, this Latin manuscript contains recipes that date all the way back to the fourth century B.C. These were recipes meant for average Roman households, although they included non-native spices that would have had to travel far to reach the Mediterranean. Some of the highlights, according to the library, are “roast lamb with coriander, deep-fried honey fritters, and cucumber with mint dressing.”

Provenance: The manuscript was originally created in a German monastery in the ninth century. It was later held in Rome and then Paris, where it was sold in 1824 to noted bibliomaniac Sir Thomas Phillipps. From Phillipps, it went to Margaret Barclay Wilson, a teacher and librarian, who donated her extensive collection of cookbooks and medicinal recipe books to the New York Academy of Medicine in 1929. 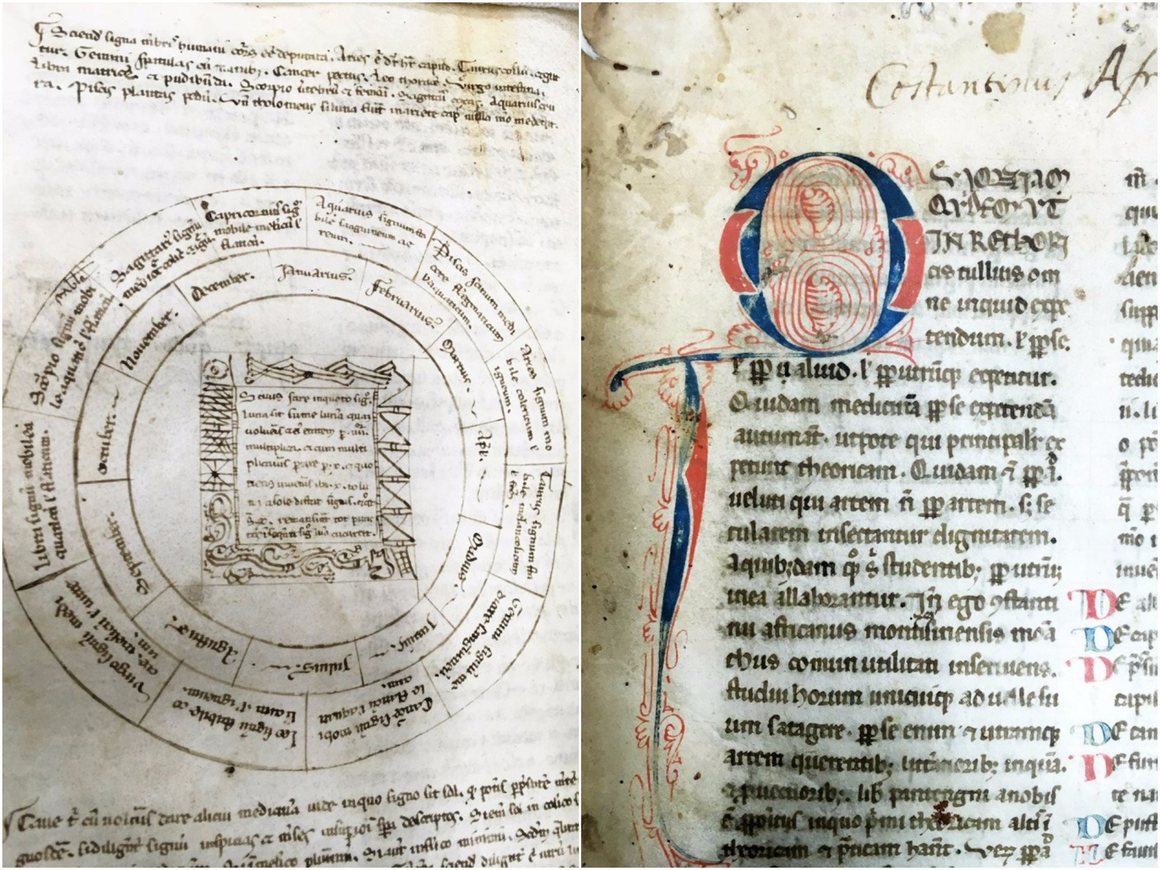 The College of Physicians of Philadelphia

Synopsis: In the 10th century A.D., Ibn al-Jazzar, an Muslim physician, wrote a book titled Provisions for the Traveler and the Nourishment of the Settled, a compendium of the medical knowledge of the day, which focused on the interaction of humours and elements in the human body. A few decades later, Constantinus traveled from North Africa to a monastery in southern Italy, where he adapted and translated Ibn al-Jazzar’s work into Latin.

Provenance: A reader in 1429 made notes in the margins. By the 16th or 17th century the book had a new and still unidentified owner, who added chapter titles. It later passed through the hands of booksellers in Lugano, Switzerland, to the College of Physicians library. 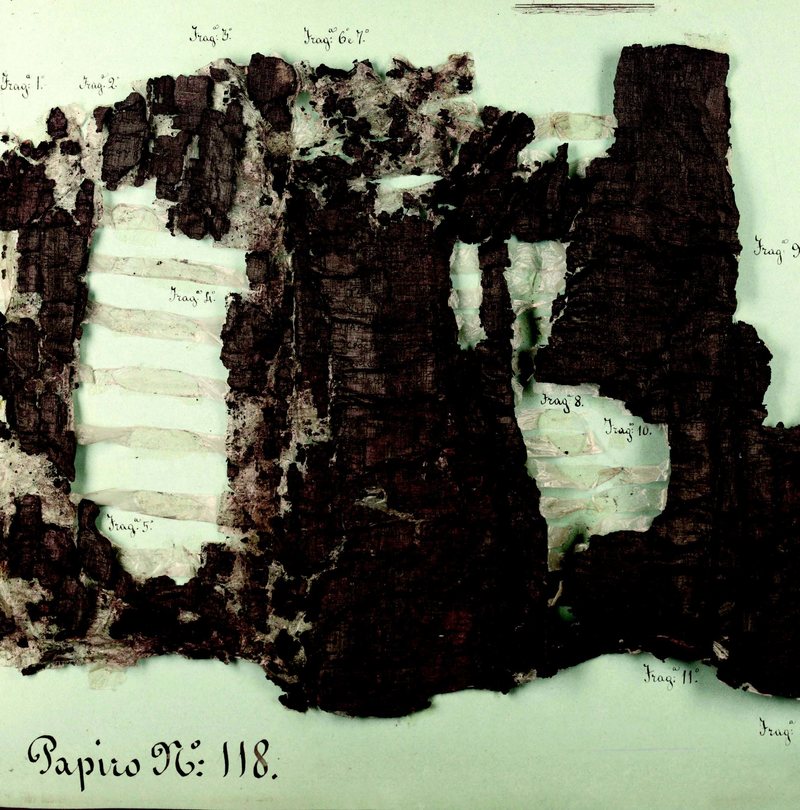 Synopsis: When Mt. Vesuvius erupted in the first century A.D., it covered the town of Herculaneum in ash, gas, and other volcanic material that preserved organic matter for hundreds of years. These carbonized papyrus scrolls came from the town’s library. Archaeologists have struggled to find a way to read the damaged scrolls, so there’s little known about their contents—though progress is being made with advanced imaging techniques.

Provenance: These scrolls were discovered in Herculaneum in 1750s. In 1810, George, Prince of Wales, received 18 of them and presented four to the library in Oxford as a gift.

Synopsis: A handwritten version of a Greek Bible, the codex is one of the oldest copies known today, and the oldest surviving version of the complete New Testament.

Provenance: The codex was kept in St. Catherine’s Monastery in Egypt before the wider scholarly world came to know about it in 1844, when a scholar removed 43 folios from the monastery library. Parts of the codex are now kept at four different libraries, but St. Catherine’s still holds a small fraction of the work—12 pages and 24 fragments. 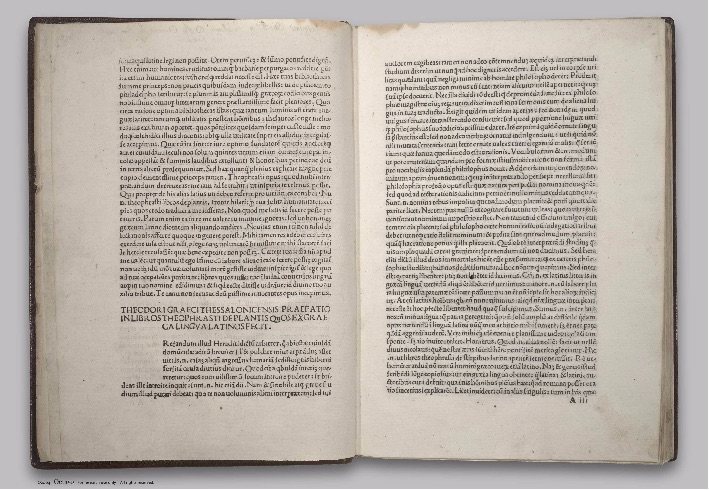 Synopsis: Back in the third century B.C., Theophrastus, one of the first botanists of the Western world, set out to catalogue the the plants of ancient Greece and created the first known classifications of plants in his part of the world. He covered a range of trees, shurbs, dwarf shrubs, and herbs and examined how they grew and were used in his own time.

Provenance: This Latin translation of the original text was printed in northeast Italy in the 15th century, making it an incunable, or a printed book that predates 1501. In 1664, the then-owner added a title page and doodles that Leora Siegel, the library’s senior director, describes as “a woman’s anatomy, but poorly done.” In the early 20th century, it was owned by an orchid specialist who donated it to the Massachusetts Horticultural Society. The Botanic Garden purchased the society’s rare book collection in 2002. 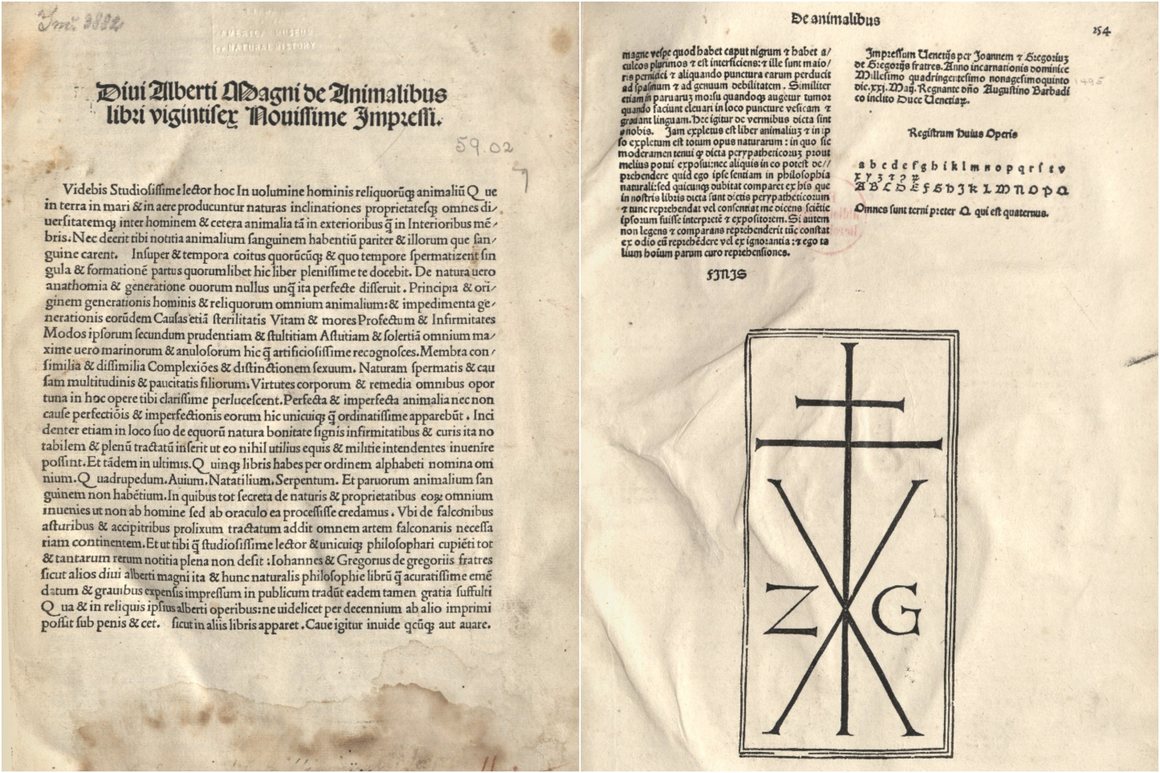 Synopsis: Albertus Magnus spent his life studying and commenting on the works of Aristotle. Without his work, much less knowledge of the Greek philosopher would have made it to future generations of scholars. Albertus, who died in 1280 and was later canonized, wrote widely about the scientific and natural worlds. This volume collects his work on the animal kingdom.

Provenance: By the 19th century, the book had entered the holdings of the collection now named the Berlin State Library. The natural history museum in New York bought the book in 1923 from Paul Gottschalk, a German book dealer. 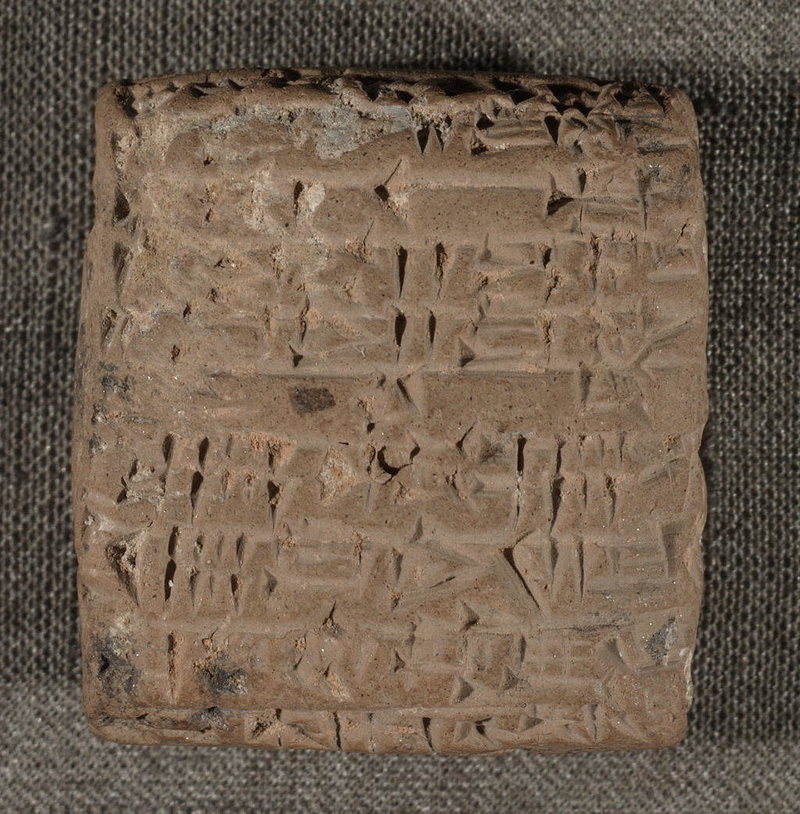 Synopsis: The Library of Congress’ oldest written material dates far back, beyond the founding of this nation, to more than 4,000 years ago. The collection of cuneiform tablets dates back to the reign of Gudea of Lagash, in the 2100s B.C. The tablets recorded bills of sale, receipts, ledgers, and other accounting tasks.

Provenance: In 1929, Kirkor Minassian, a dealer of Islamic and Near Eastern art, visited the library and was inspired to send a suite of gifts, which included these tablets. 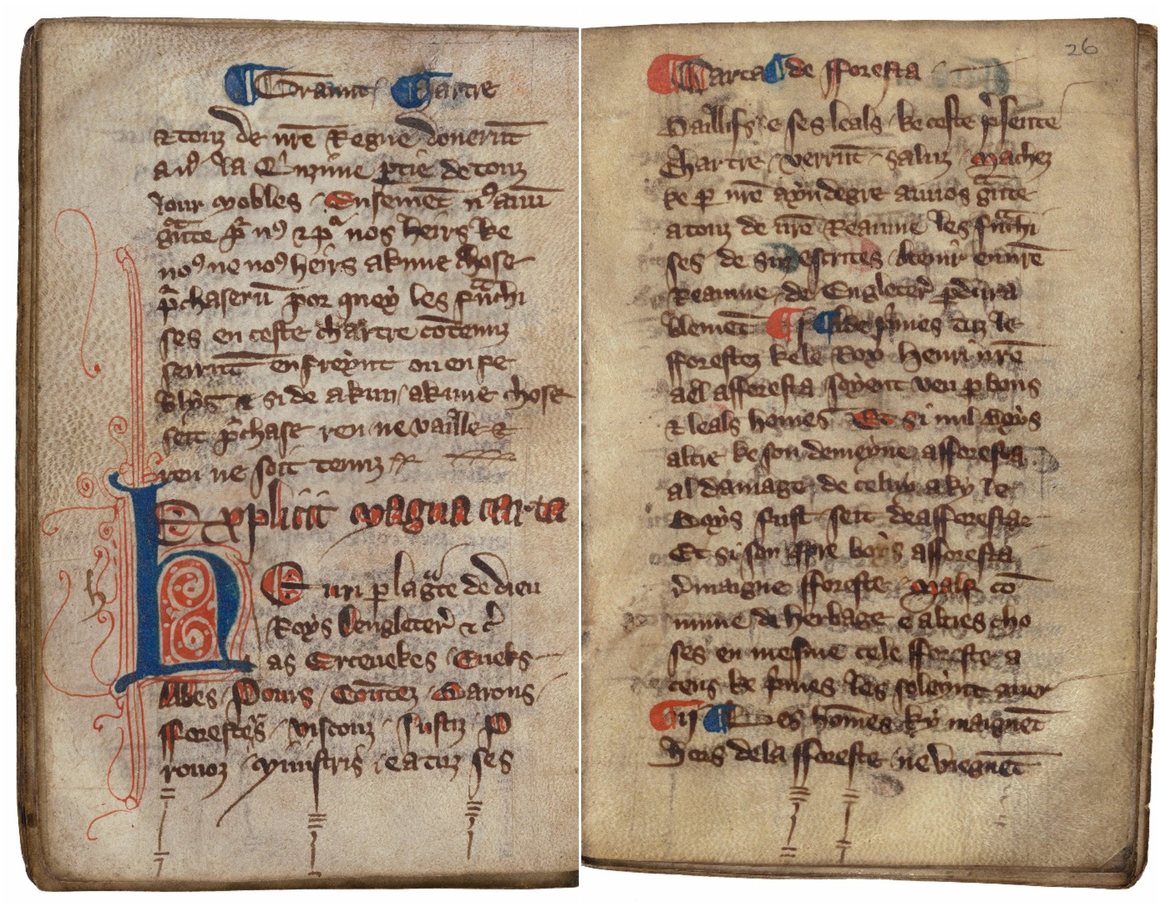 Synopsis: The Magna Carta was the first English statute, but it wasn’t given that name until after 1217, when it started being issued along with the Charter of Forests. To distinguish the original statutes from the forestry code, they were given the name the Great Charter, or the Magna Carta. This copy is in Anglo-Norman, translated from Latin.

Provenance: A note in one leaf indicates that the book was given as a gift in 1821. Henry Clay Folger acquired it from an “E. Williams of Hove” in 1922. 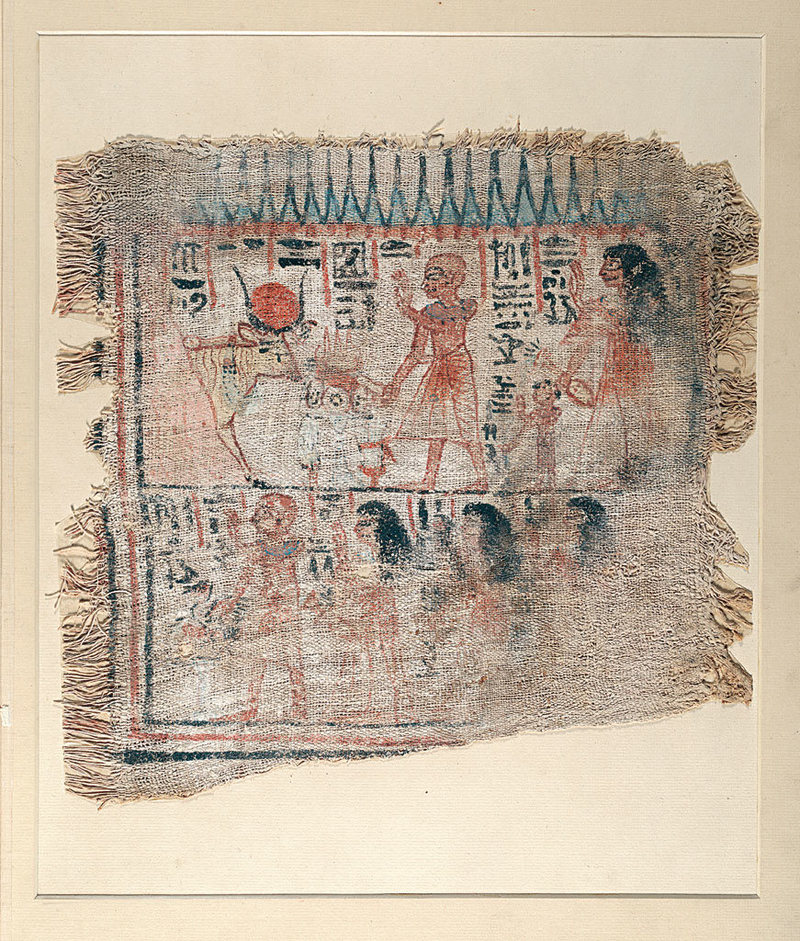 Synopsis: This book isn’t exactly the oldest book in the Athenaeum’s collection. It was bound in the 1910s and is “more an album of archaeological artifacts than a rare book in the traditional sense,” the library writes. It contains three shrine hangings describing the worship of the goddess Hathor, and a series of inscribed mummy bandages, which are some of the oldest examples of painting on cloth.

Provenance: The artifacts were discovered in 1905 by archaeologist Robert de Rustafjaell, and a bindery in London collected them into a book sometime between 1913 and 1916. The library bought the album that year in Boston, from Goodspeed’s Book Shop. 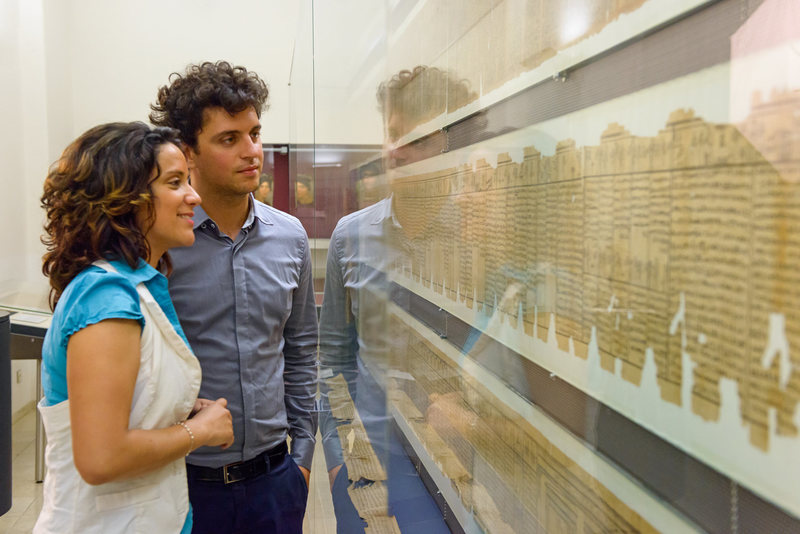 The Book of the Dead papyrus is almost 20 feet long. Austrian National Library.

Book of the Dead

Synopsis: Sesostris was a cattle counter and writer in ancient Egypt, and he was well-off enough to own his own copy of the Book of the Dead. In contrast with its name, the book is actually a papyrus scroll, 20-foot long, that contains magical spells to help the recently deceased make their way to the afterlife.

Provenance: The Court Library, the predecessor to the National Library, acquired the papyrus collection of Archduke Rainer in 1899. 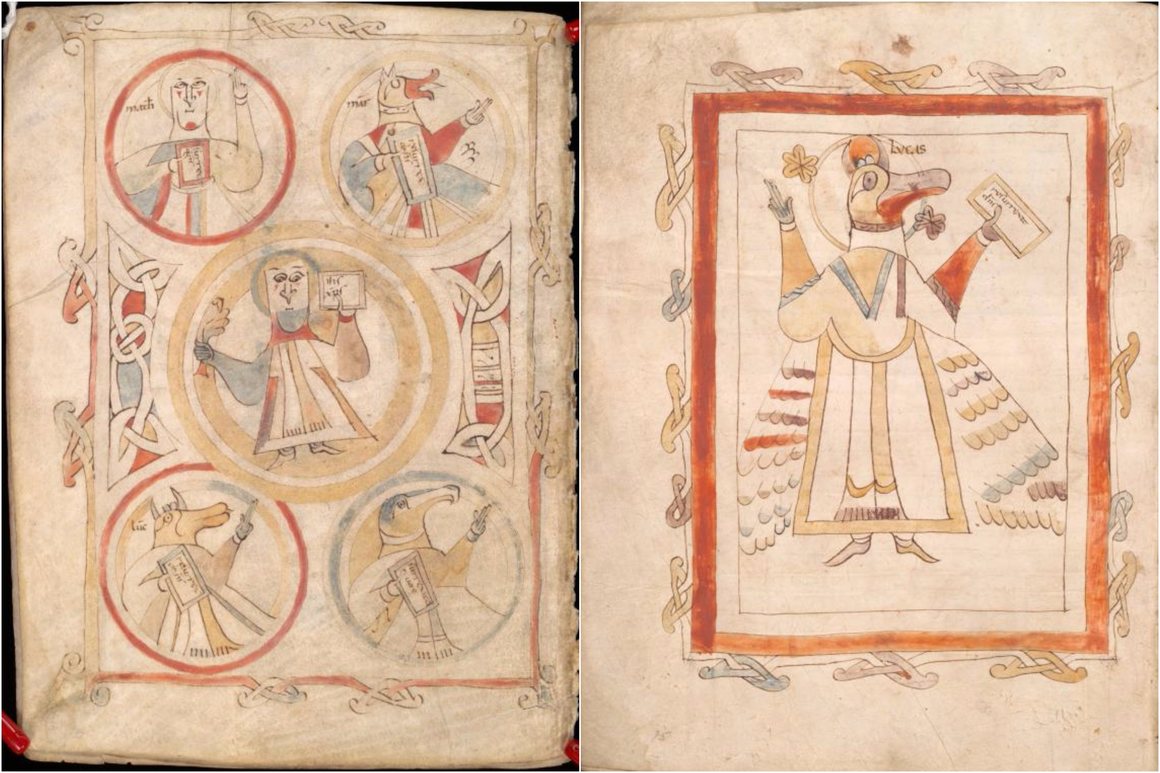 Synopsis: Like the Library of Congress, the New York Public Library’s oldest written material is a collection of cuneiform tablets. Its oldest manuscript, however, is a ninth-century copy of the Gospels, made in a French monastery, but showing Celtic influence in its imagery.

Provenance: The manuscript once belonged to the Marquis of Blandford, fifth Duke of Marlborough. It was later owned by Sir Thomas Phillipps (who also owned the New York Academy of Medicine’s copy of Apicius’s De re culinaria), who passed it to his grandson, FitzRoy Fenwick. A.S.W. Rosenbach bought it in 1926, and its last private owner was one Edward S. Harkness, who donated it to the library as part of a larger gift. 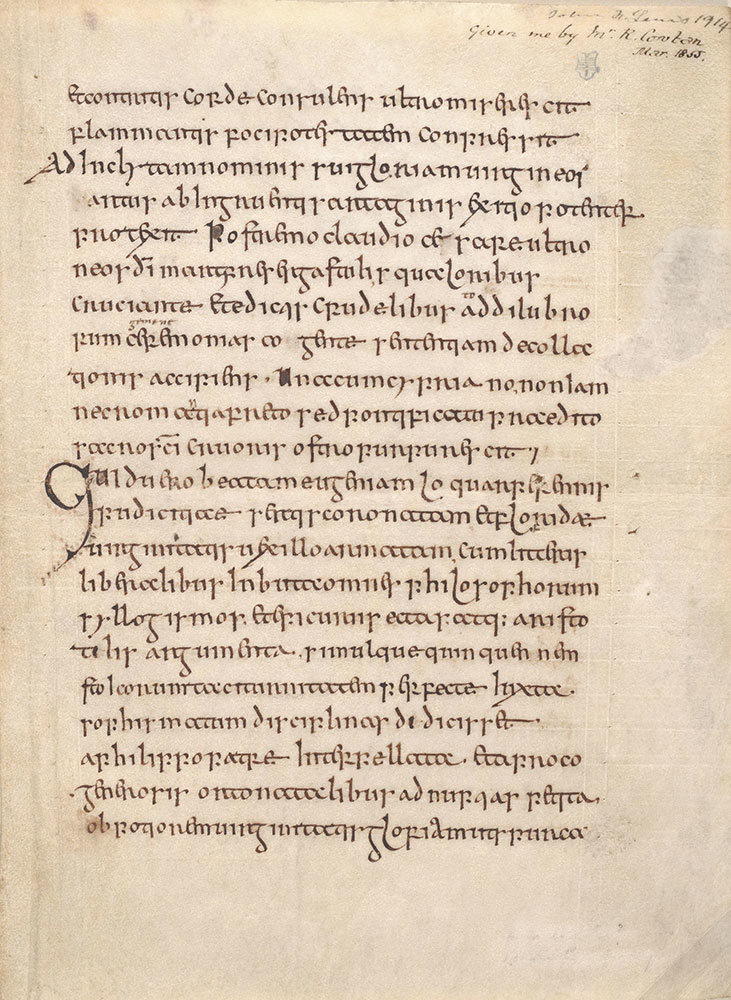 Synopsis: The oldest written items at the Free Library of Philadelphia are a set of cuneiform tablets—a common theme—but its oldest manuscript is a prose version of De Virginitate, About Virginity. Aldhelm, the Abbot of Malmesbury and Bishop of Sherborne, had written this treatise about early virgin martyrs, the value of purity, and its relationship to Christian virtue. This later Latin edition was written in an Anglo-Saxon script.